The preparation of Princess Elsbeth’s wedding is one of the pretty moments of the evening, photo Pierre-Grosbois

The first Opéra Comique production, after a few years of closing down, Fantasio, was much anticipated and my fears of Thomas Jolly’s direction were somewhat calmed down by the fabulous interpretation of Marianne Crebassa, a French mezzo soprano whose Spanish grandfather used to sing while picking grapes near Béziers. 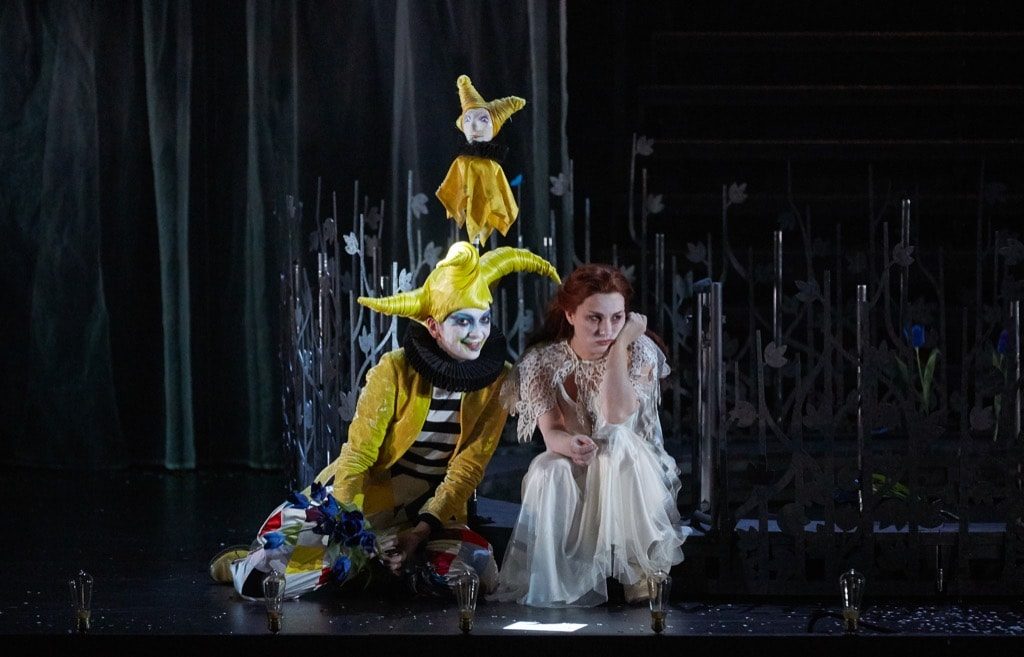 The thirty year old revelation has followed a classical but steady path to stardom. And the recent Victoires de la musique awarded her the Best lyric artist of the year title.

She had already been noticed in 2010 in Montpellier for her part in Bernard Herrmann’s “Wuthering Heights”. Cercle Carpeaux awarded her their Prize in 2012 after she completed her studies at Atelier Lyrique de l’Opéra and singing Haendel’s “Tamerlano” in Salzburg was her true International debut with Marc Minkowski.

Her mezzo soprano voice has led her to acting many « transvestites » parts such as this “Fantasio” where she excels under Laurent Campellone’s direction.
I intensely disliked the black decors and black costumes (except for the Bouffon’s) but was very happily surprised by the quality of all voices including Marinoni’s Loïc Félix (who will sing Lakmé in Marseille in May) and Marie-Eve Munger in the Princess’s role.

Fantasio, a long forgotten Offenbach opera, is at the Châtelet until February 27 and is well worth attending to discover the quality of a new generation of French singers.

2 Comments on ““Fantasio” is illuminated by Marianne Crebassa”