Fondation Bettencourt Schueller is celebrating 20 years of what could be considered the greatest French award for Artisans, “The Prize for the Intelligence of the hand”. Started by Liliane Bettencourt, it is now run by her daughter Françoise Bettencourt Meyers who, very courageously attended the event with a broken foot! The joy and gratitude of thePrize winners was immense.  They are all hard working artists and one of the laureates, Jeremy Maxwell Wintrebert, a glass blower, had applied seven times! His sculpture “”The Beginning: Dark Matter” (2018) was the winning  piece. 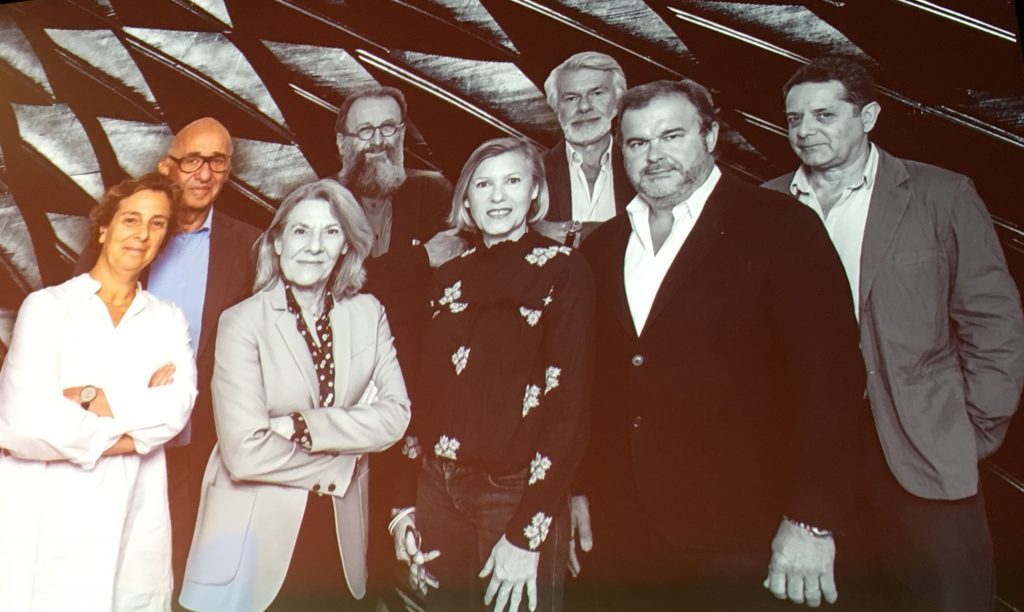 The other winners of the 2019 edition were IFRAM,  the institute for training and research for Metal artisans and Ludwig Vogelgesang, a wood worker, won the Prize Dialogues with André Fontes and Guillaume Lehoux for a a baby cot in walnut with a copper protection against ultrasound transmissions. A beautiful object with a very questionable use which had already been shown at Grand Palais this spring. 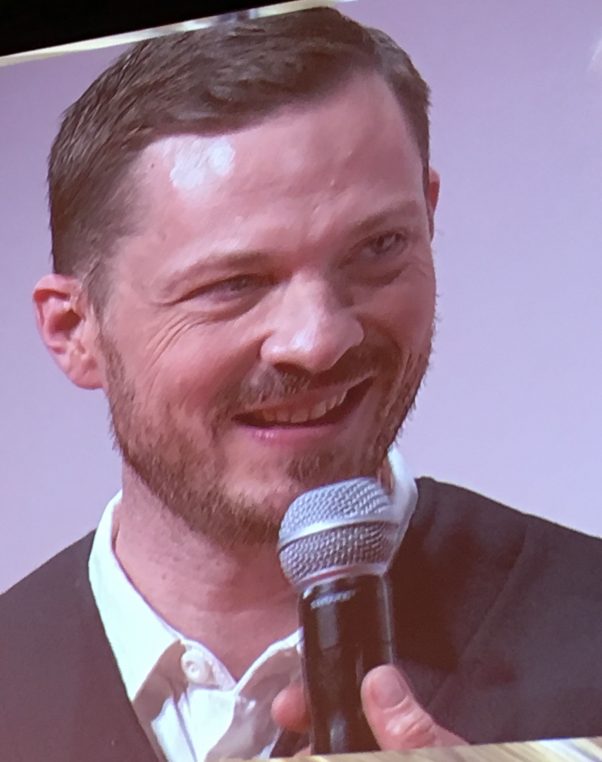 There have been 110 laureates  in 3 745 applications. The annual awards are of 550 000 € and fifty different categories of arts have been selected. Since 2018, an association of laureates has been created (leslaureats.org) where they all profit from each other’s experience and the award has become a sort of guaranty of genius.

From guitar manufacturer to glass blower or feather maker, from leather furniture designer to wood carver, gilder or printer, ceramist and textile weaver, all manual professions are included in the selection. It is one of the most magical prize giving ceremony one can think of with the Fondation Bleustein Blanchet’s for Vocation. 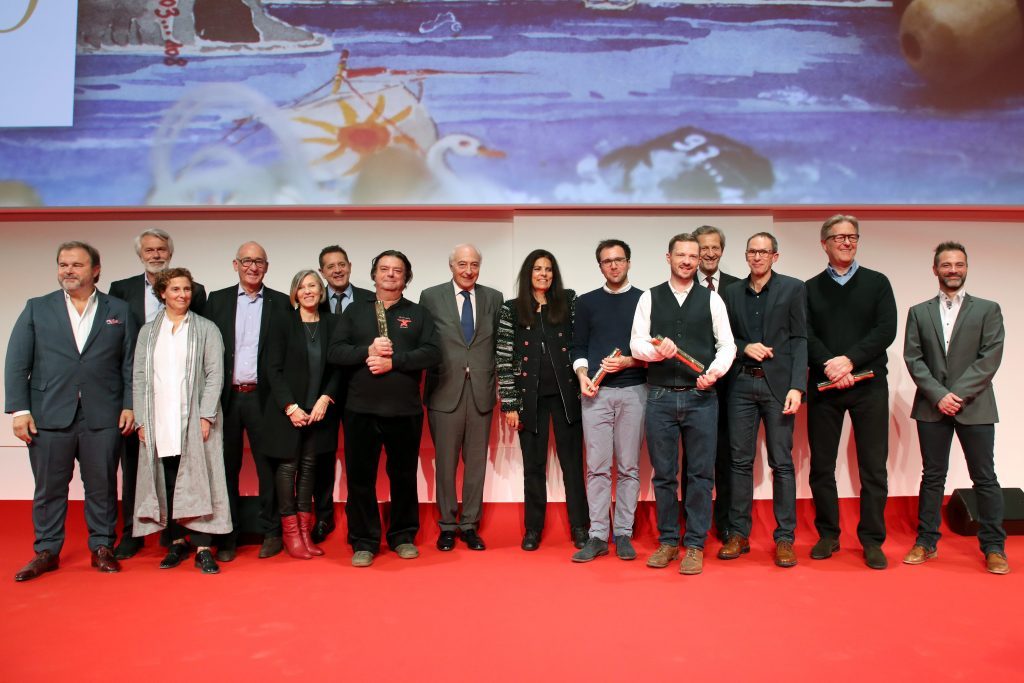 The laureates and jury members with Françoise Bettencourt Meyers and her husband Jean Pierre in the center, photo Rindoff Petroff

And from 16 October to November 10, and exhibition “L’esprit commence et finit au bout des doigts”, of all the artists who won the prize in the last 20 years, will take place at Palais de Tokyo. Do not miss it!