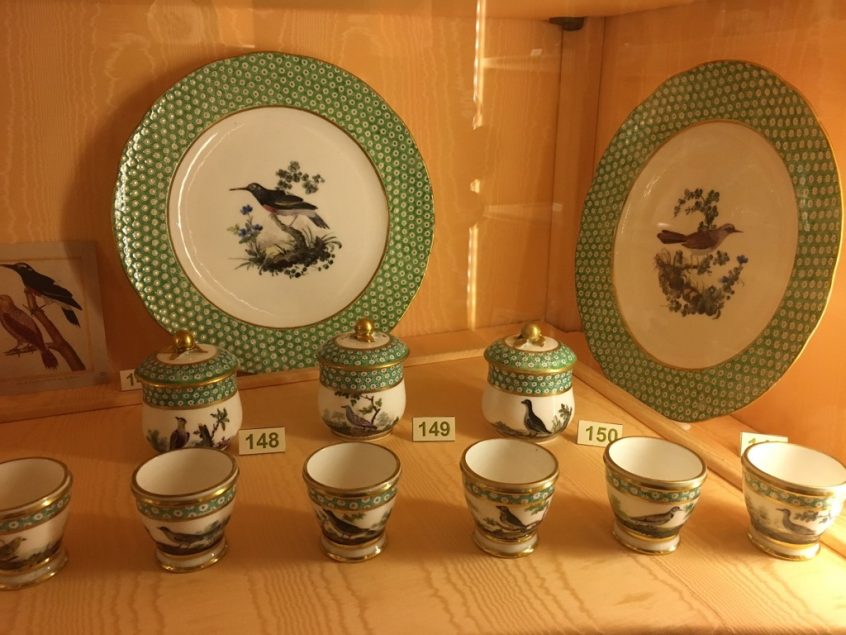 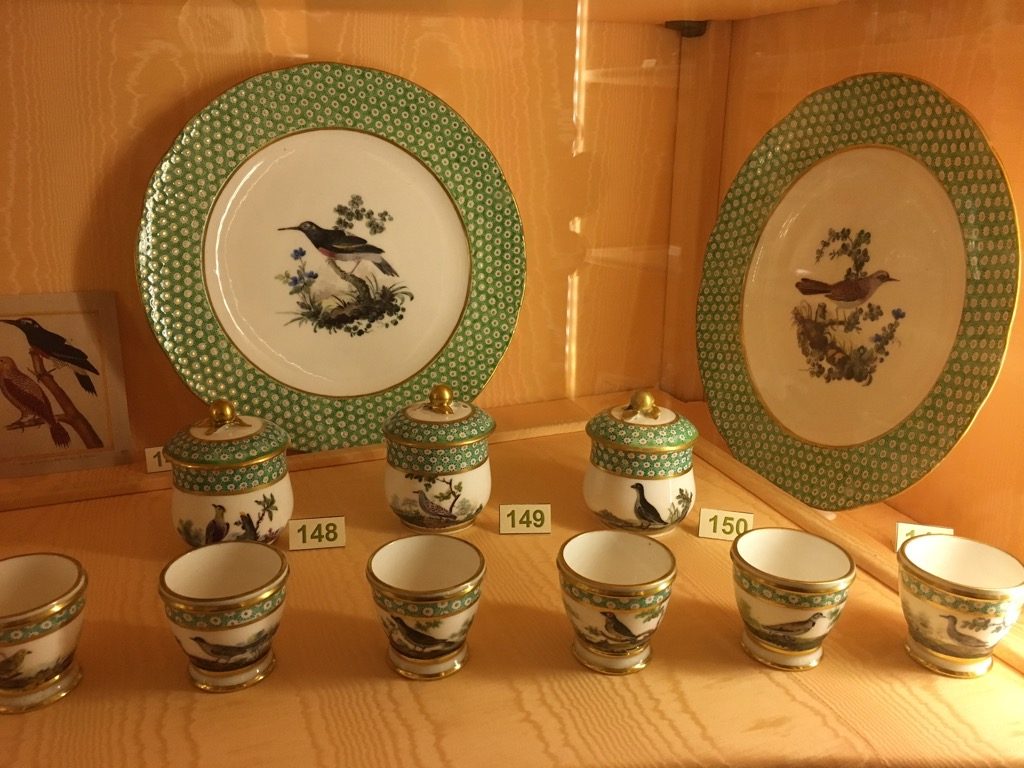 Ornithology became a science during Louis XVI’s reign and Buffon’s “Histoire Naturelle”  is one of the leading scientific tools when you come to study birds. An extraordinary exhibition is taking place at Comte Moïse de Camondo’s house, in parc Monceau with 350 pieces of china, patiently collected in 1898, exhibited together with painted etchings by François-Nicolas Martinet, Henry-François Vincent and Massy,  formerly used by ateliers de Sèvres for the manufacturing of china. 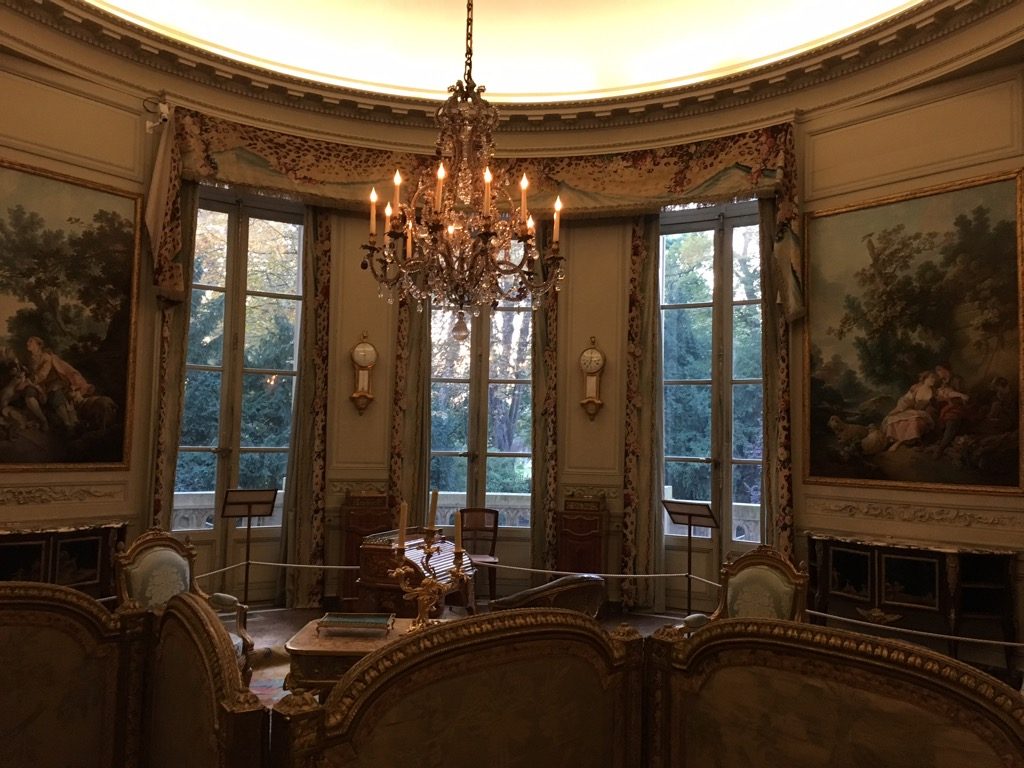 Musée Nassim de Camondo, a 19 th century Hôtel particulier built on rue de Monceau to house Moïse de Camondo’s opulent collections of 18 th century furniture and paintings, is a discreet jewel in the center of Paris. The atmosphere is happy, even though the house is not lived in anymore, and the family line ended in tragedy during the first world war when his son,  Nissim’s plane fell. He gave the house to Musée des Arts Décoratifs with a strict will mentioning that nothing could be moved. 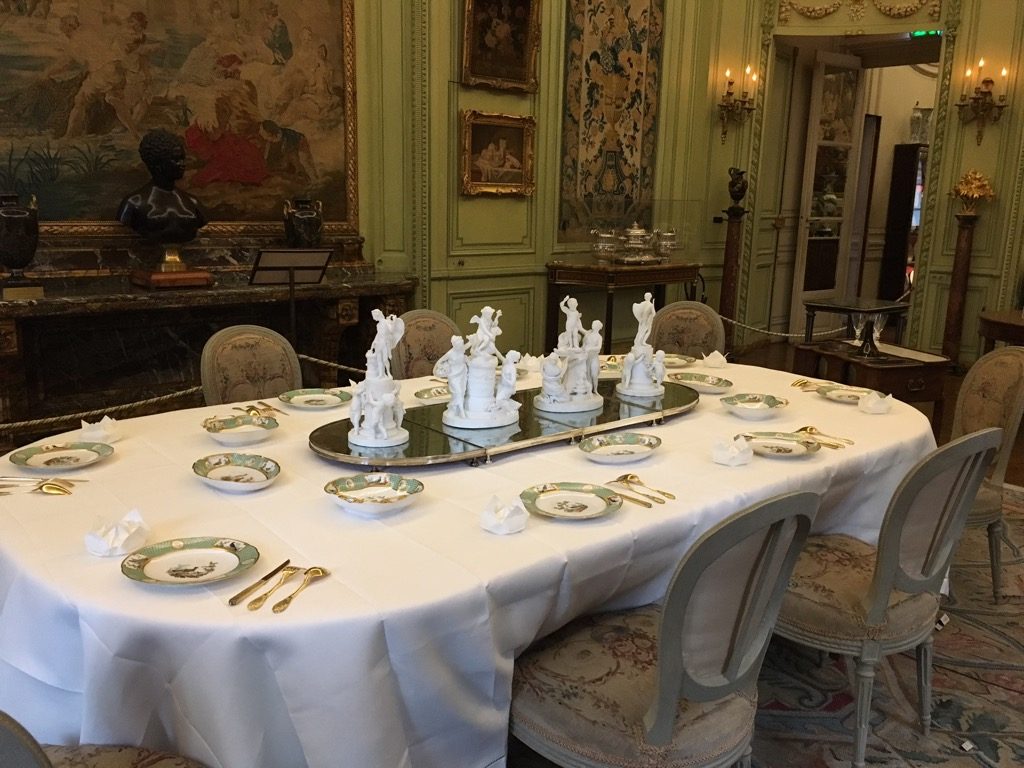 The way furniture has been displayed is entirely genuine and you do think that the Count could appear any time and offer you a cup of tea. 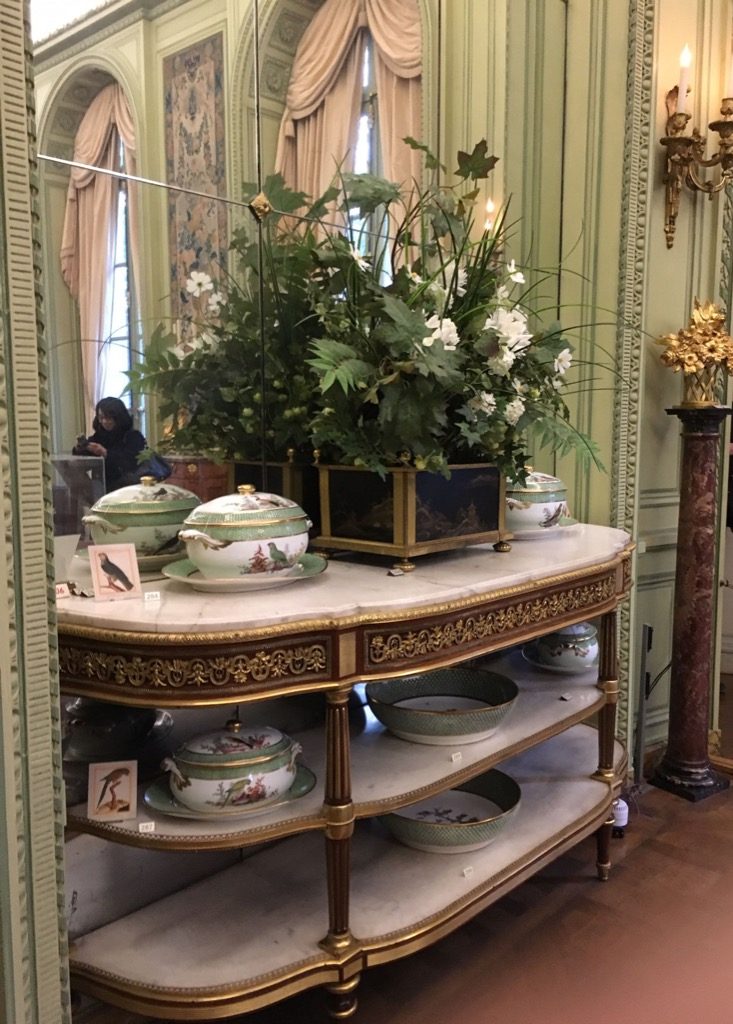 In the dining room, the table is set for eight with a Lefebvre set of plates (made in 1784) which is complete. The green color is especially pleasing to the eye. All the birds on the plates are real and were drawn by explorers around the world who reported to Buffon. Owning these china pieces in the XVIII th century meant that you had good taste of course, but also that you were a keen and avant garde scientist.

This show of colored etchings which came from Bibliothèque Nationale and Museum of Natural history is a good excuse to go back and plunge into the Proustian atmosphere of Parc Monceau. Everything is lovely inside the house, including fabulous furniture, door handles and mirrors, staircase and corridors. And the views over the impeccable garden gives justice to the work done by the staff of Musée des Arts Décoratifs, which owns the building. (until January 15, 63 rue de Monceau) 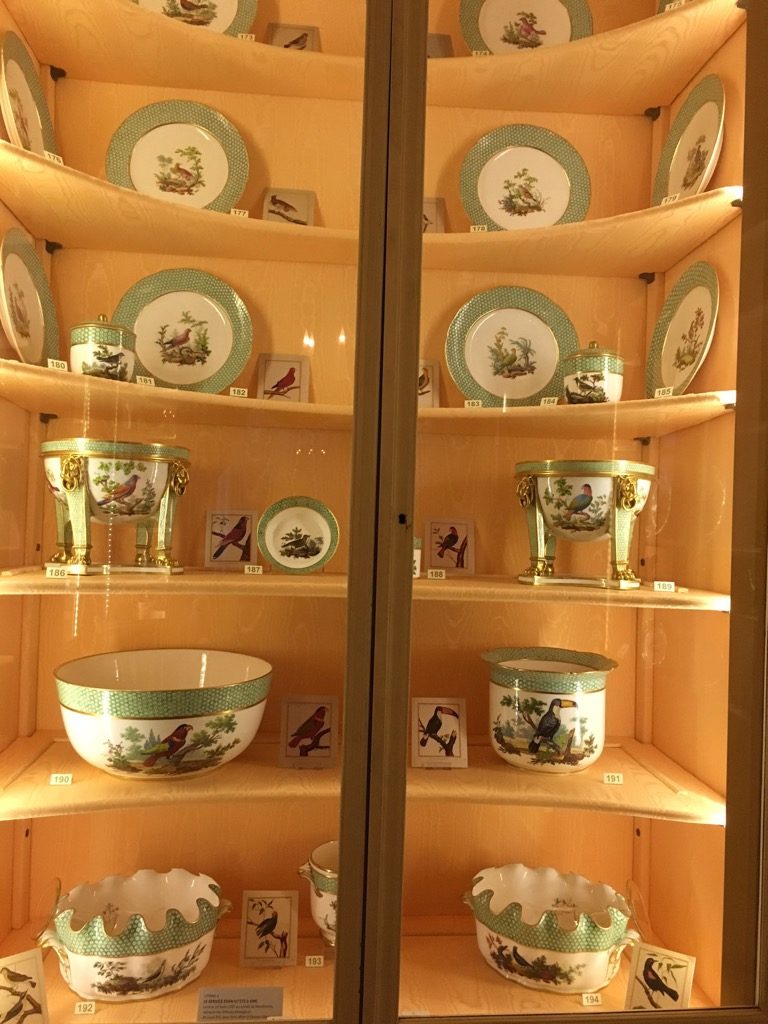 2 Comments on “350 birds painted on china at Musée Camondo”