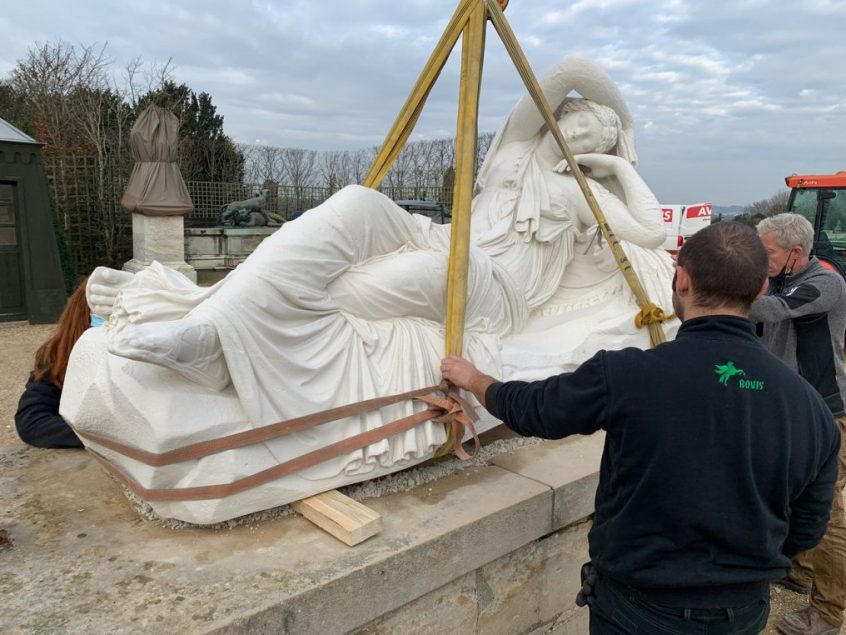 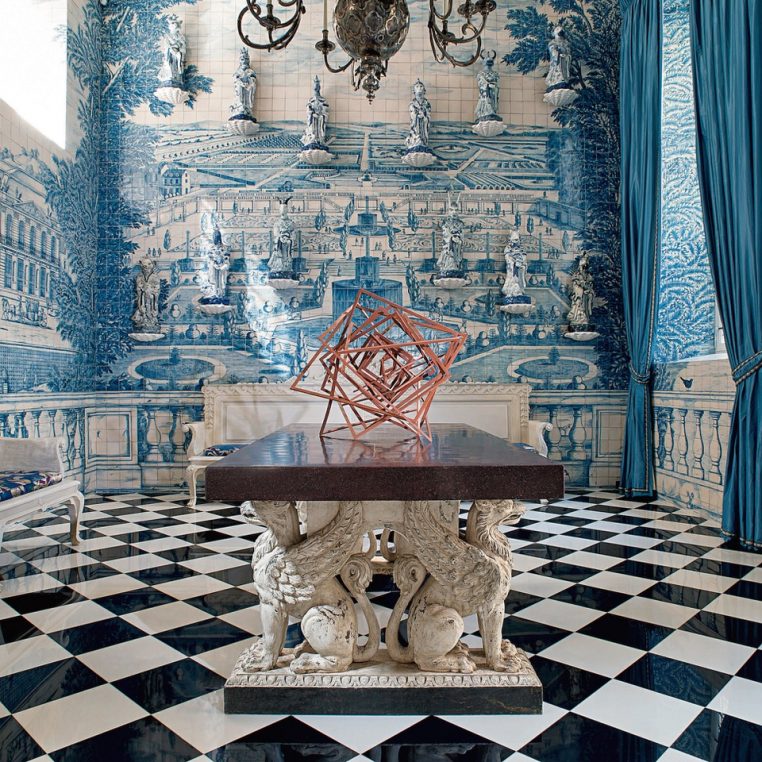 Atelier Prométhée is a magic manufacture in Saint Denis, just behind the stadium, which specializes in reproductions of  XVII th and XVIII th century sculptures and decors. Its collections include orders for Versailles’ bosquets, swimming pools or palazzo floors for famous decorators, and the Iznik decor it created for a private spa in Gstaad is a little miracle. Cedric Riou, who trained as an art historian, and worked for 9 years in a ceramics studio from age 15 to 24, was offered a collection of XIX th century casts when he was 25, and acquiring it decided of his whole professional life. With his team of artisans trained at Ecole Boulle and Olivier de Serres, he works with earthenware for pavement or walls, copies Roman mosaics and marble statues, and thanks to hollow moulds, plaster piece-moulding and rubber moulds, reproduces anything. Stone, Carrara marble, stone cement or 3D carving, all restorations are possible in this workshop which is from another time. 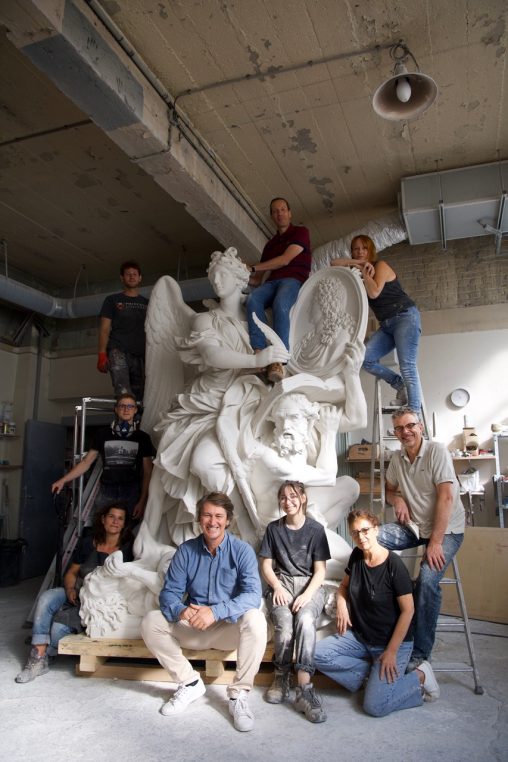 The team of Atelier Prométhée with the “King’s Renommée” by Guidi, a production for Versailles, and Cedric Riou sitting in front

He is the most charming and enticing character and yet, when you hear Cedric Riou speak about his work, he is precise, serious and profound. Most of his commissions come through famous decorators in France and abroad but he also often copies sculptures which are too precious to keep outside, or reproduces very expensive pieces sold by a family who likes to keep a souvenir of it. Like this “Ange de Saly” sold to the Louvre for 10,5 M€ which he resculpted for the former owners. He made Pompei tiles for a palazzo in Sorrento, and can create marble and wooden floors in tiles. 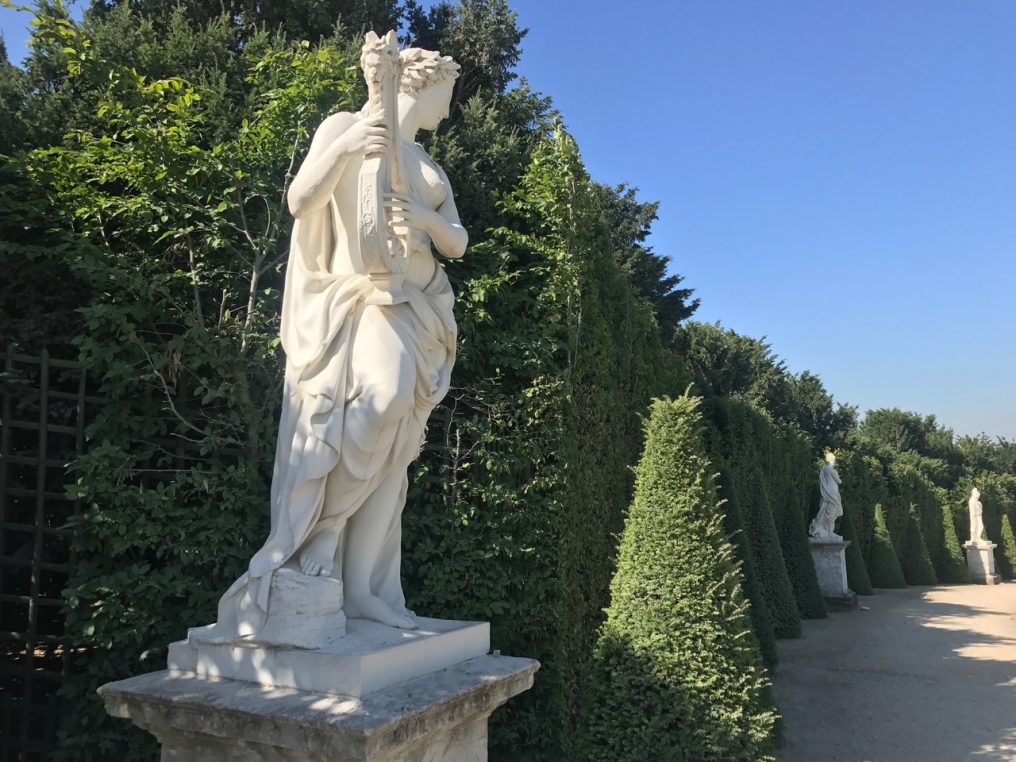 His secret is to always get the best quality of old stones or tiles, which he then sculpts, bakes and varnishes in his oven in Saint Denis.  When he sculpts statues for Versailles’s gardens (he has done 100 and there are 400 more to do) he mixes resine and marble powder which enables them to resist to hard weather. I took a friend to visit the workshop and he was offered as a project for his beautiful park in central France a large vase sculpted by Jacques Verbeck designed in 1742 by Ange Jacques Gabriel for Château de Choisy. It belongs to the Louvre since 1877. 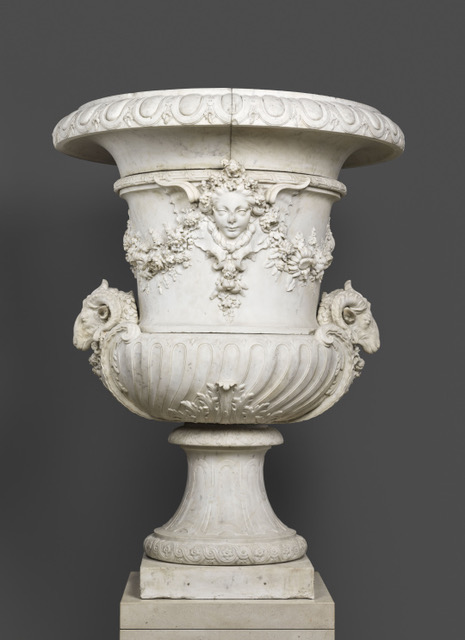 Jacques Verbeck, vase designed with the attributes of Spring for château de Choisy in 1742, now at Musée du Louvre

Other projects include a private house in Pebble Beach, Ca. where fountains and a cloistered garden are adorned with terra cotta vases and glazed ceramic columns. In Belgium, a copy of the Flore Farnese statue decorates the park. In Monaco, the esplanade of a hotel is covered with a terra cotta pavement. In Berlin, Florence, Aix en Provence, many hotels are decorated with vases and fountains by Atelier Prométhée. Even, Hotel de Crillon in Paris has two Art Deco statues in Burgundy stone. 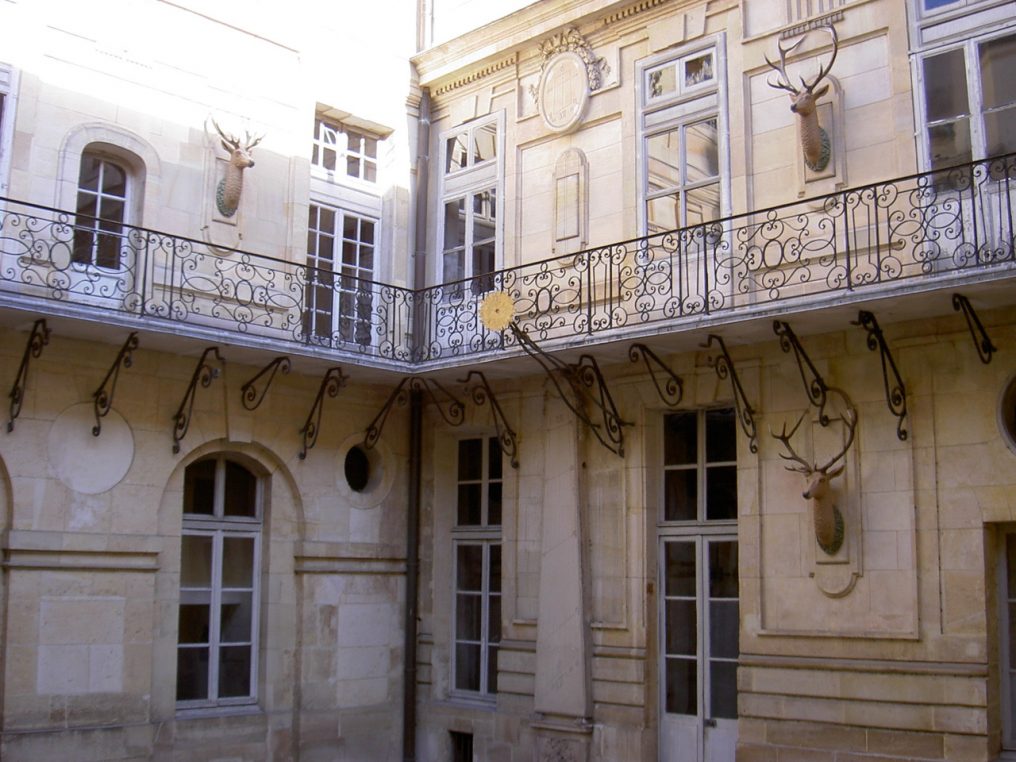 If you are interested in ordering a piece or having a statue restored, you can call Atelier Prométhée for an appointment and get a tour of the workshop. It is easy to reach by car or by RER in Saint Denis. Cedric Riou and his partner Benoît Ruffenach  run a warm atmospheric atelier where everyone seems young and creative. There are small 65 cm Medici vases made for Louis XIV, terra cotta busts by Sabine Houdon (the daughter of…) sell for 1 300€ and beautiful varnished tiles which you can buy by the square meter. Have a look at their website which is fun and easy to browse. 25 rue du Landy, Saint Denis. Tel: 01 49 98 00 36

2 Comments on “Cedric Riou reigns over a world of sculptures”