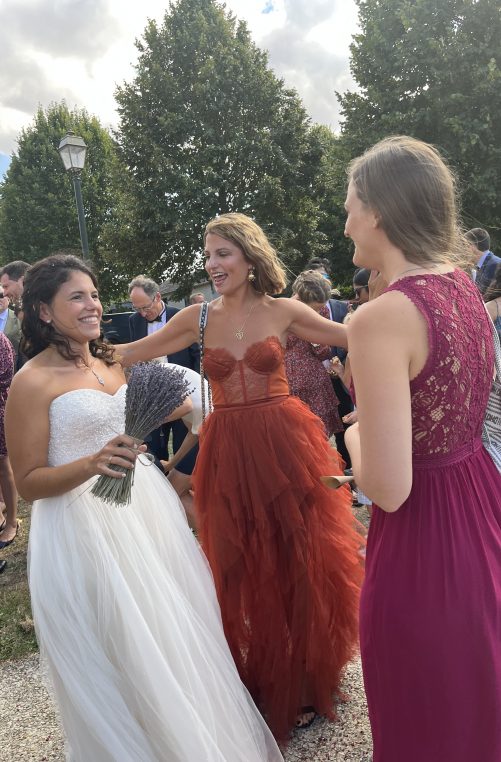 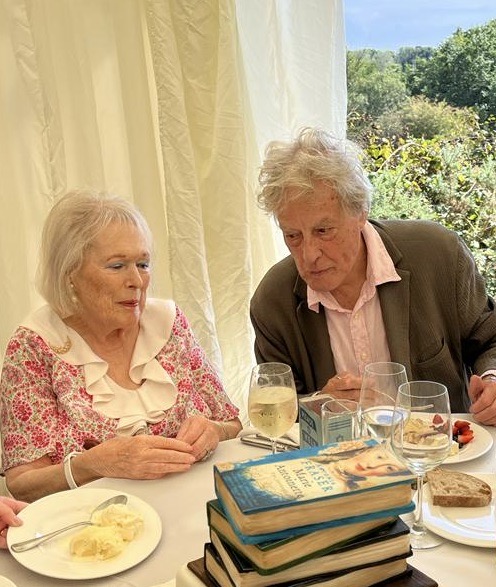 Lady Antonia Fraser on her 90 th birthday with Tom Stoppard

The birthday cake was a pile of her books, 49 to this day, and she is writing the fiftieth. The guests were strictly family, her six children, grandchildren and great grand children with a few siblings and very intimate friends such as playwright and screenwriter Tom Stoppard. Lady Antonia Fraser, whose second husband of twenty eight years, Harold Pinter, died in 2008, has turned historical books into bestsellers with “Mary Queen of Scots”, “Cromwell”, “Marie Antoinette” published in 2001, and turned into a movie by Sofia Coppola … The Memoir she wrote in 2010, about her life with Harold Pinter, “Must you go”, is her most personal and is riveting. The lunch party took place at her family’s house in Sussex with perfect August weather. Her amazing career is parallel to her active family life which included her parents Lord and Lady Longford who were brilliant writers themselves. She writes and swims every day to keep fit. 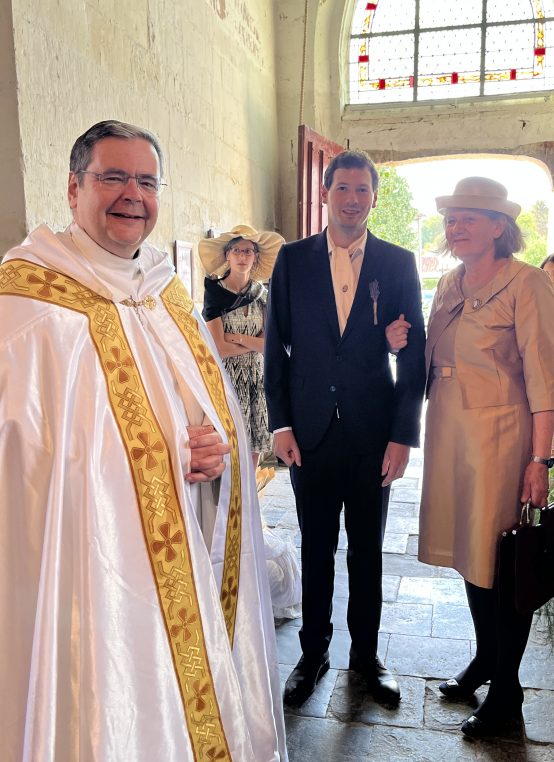 Father Dominic Robinson, SJ,  came from London with Gaspard and his mother Blandine d’Hautefeuille and his sister Madeleine in the back

Gaspard d’Hautefeuille created this blog with me in 2014. He was still a student in Paris at the time and is now a computer consultant in London. He met his wife, Eva Deligianni, in Greece while crashing a wedding party and they realized they both lived in East London. The wedding took place in his parents’ house near Amiens and was very International, with Greek and Lebanese guests but also many of their Indian, Chinese and Maltese colleagues. The mass was celebrated by Father Dominic Robinson, a Jesuit priest from Farm Street Church, London. 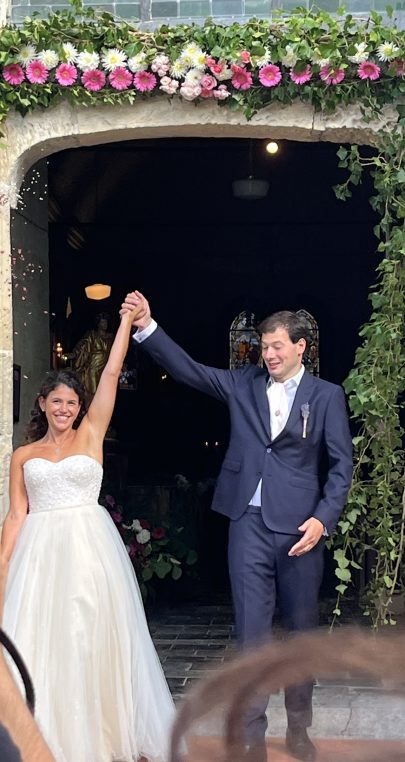 Eva and Gaspard d’Hautefeuille after the celebration

The atmosphere was a mix of country life with fields on the horizon and antique sofas and chairs transported on the lawns in a charming way. Children were running around and playing games in the trees while a number of Greek beauties were chatting away. Gaspard’s grandmother, Hélène, 93, was on top form and very excited to be a witness of this marvelous wedding. 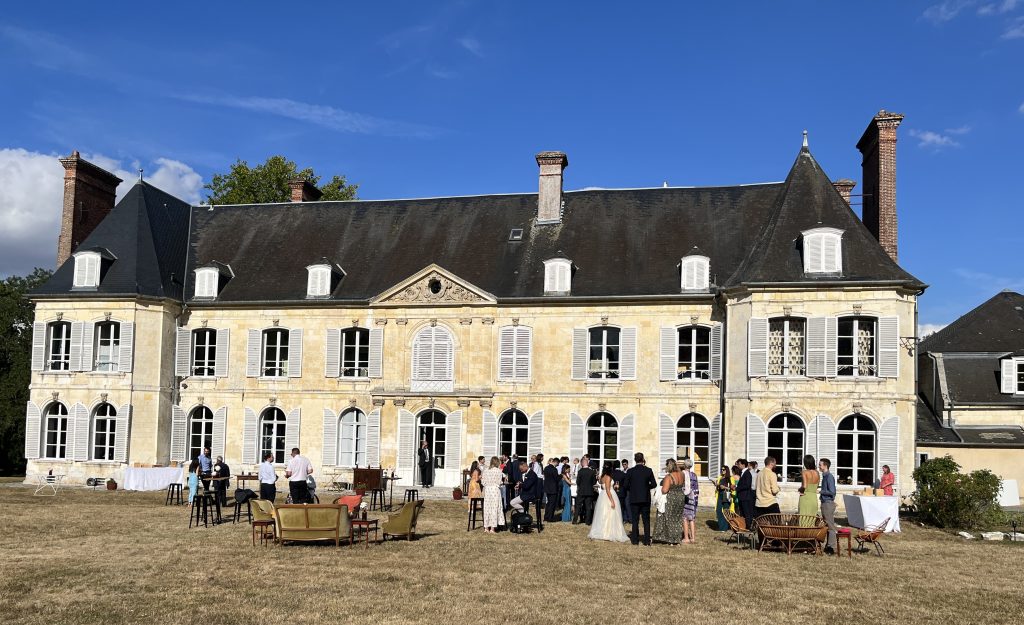 The house with furniture set on the lawn

4 Comments on “A 90 th birthday, a French wedding, family life in the countryside”