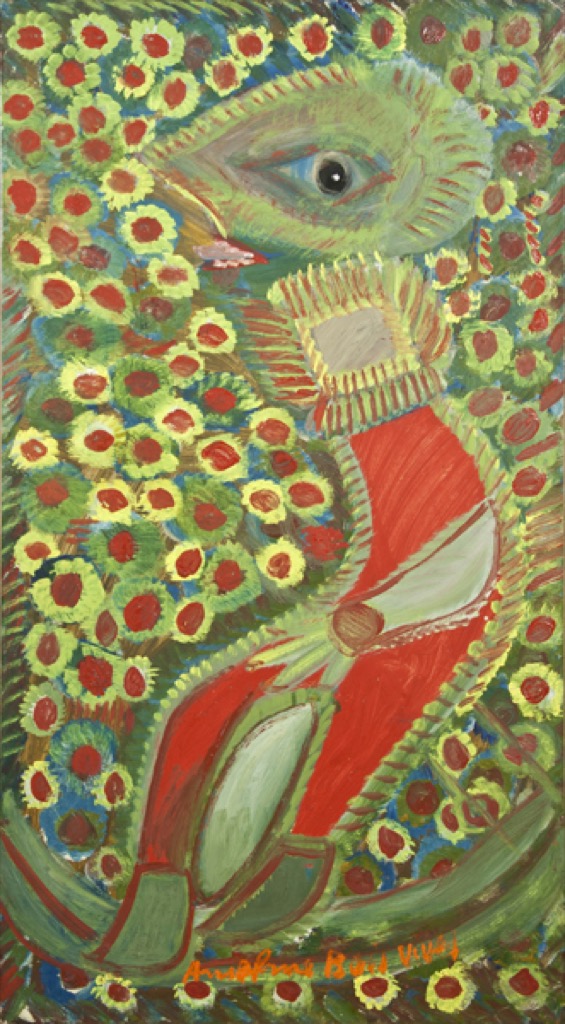 Born near Morella in 1899 as Ancelmo Boix y Boix, Anselme Boix-Vives only started painting at the end of his life in 1962, after having emigrated at 18 to Moûtiers in the French Alps. From being a shepherd in Catalonia, he started a vegetable shop and became such a sound businessman that in 1956, he helped his son Laurent buy the ski company Rossignol, which would soon become one of the most successful in the world.

His region, the Savoie, is full of little churches painted and carved in the 16 th century by Italian artists. Boix-Vives started painting everyday life in his kitchen. « Chapel », « The two shepherds »,« Snow landscape », « Tree of Life », « Birds » or « The Fox in the henhouse » are all very striking and illuminating.

From « Red skier and flowers » 1966, to « Large toreador », 1966, Alain Margaron is showing in his galerie (5 rue du Perche in the Marais), a fantastic collection of this almost illiterate artist. And if you go to « Drawing now », the contemporary art fair in the Carreau du Temple, make sure to visit it, it’s only a few blocks away ! It is on all week until April 4 th…