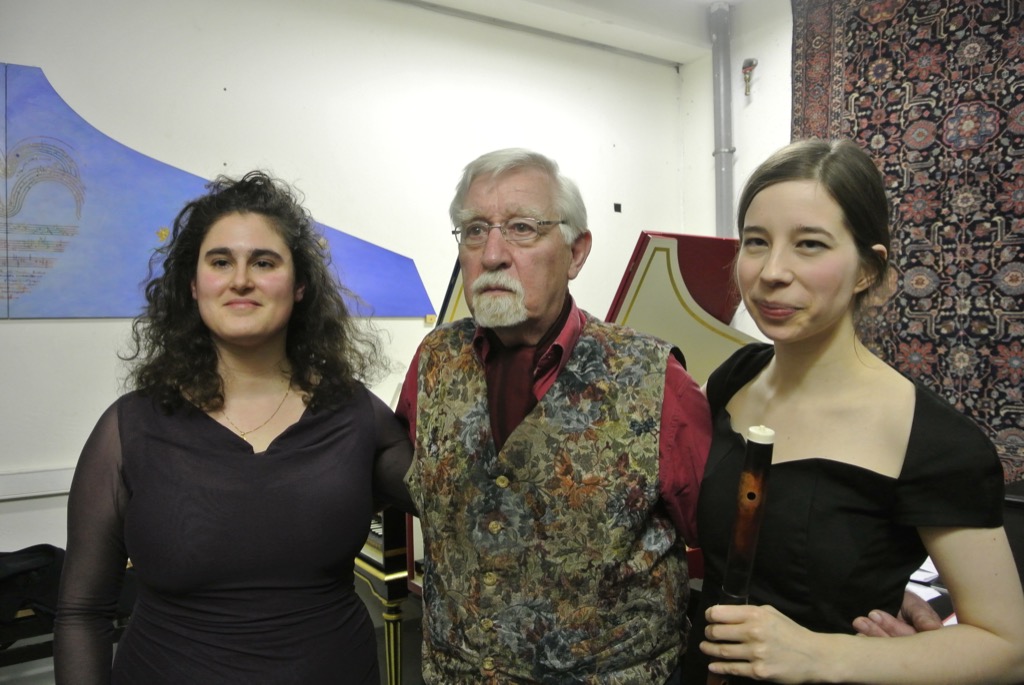 There are still some genuine music lovers and dedicated artists in Paris, and my evening at Atelier von Nagel in the 11 th arrondissement was living proof of it. When I came out of the metro station, Rue des Boulets, and asked my way to 20 rue Bouvier, a nice lady with a stick, told me « we are going to the same place » ! A great start for an evening full of surprises, of which she is an habituée. My steps lead me to a modern uninteresting building, dedicated to workshops, and up we went to the 4th floor, following a small crowd of aficionados who have joined the « Les bois qui chantent » association. You have to belong to be invited, and then the concert is free. 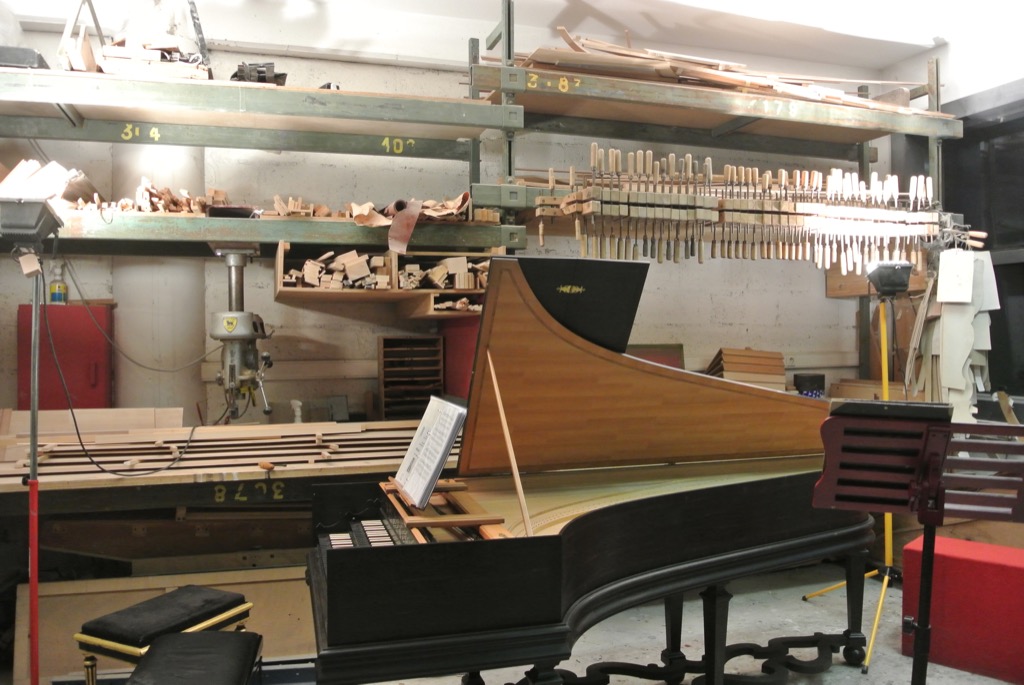 An American friend of mine, who collects harpsichords, had introduced me some years ago to Reinhard von Nagel, a German born Parisian, who manufactures them since 1971. It is upon meeting William Dowd, an American harpsichord lover from Harvard, who resurrected this old instrument on which Bach composed most of his “piano” pieces, that he decided to devote his life to this music. Which led him  to sponsoring young harpsichordists and organize a few times a year, a recital in his atelier. The dates are irregular and musicians usually ask him to play because they like the intimate setting.

William Christie, another American,  was one of them in 1973. 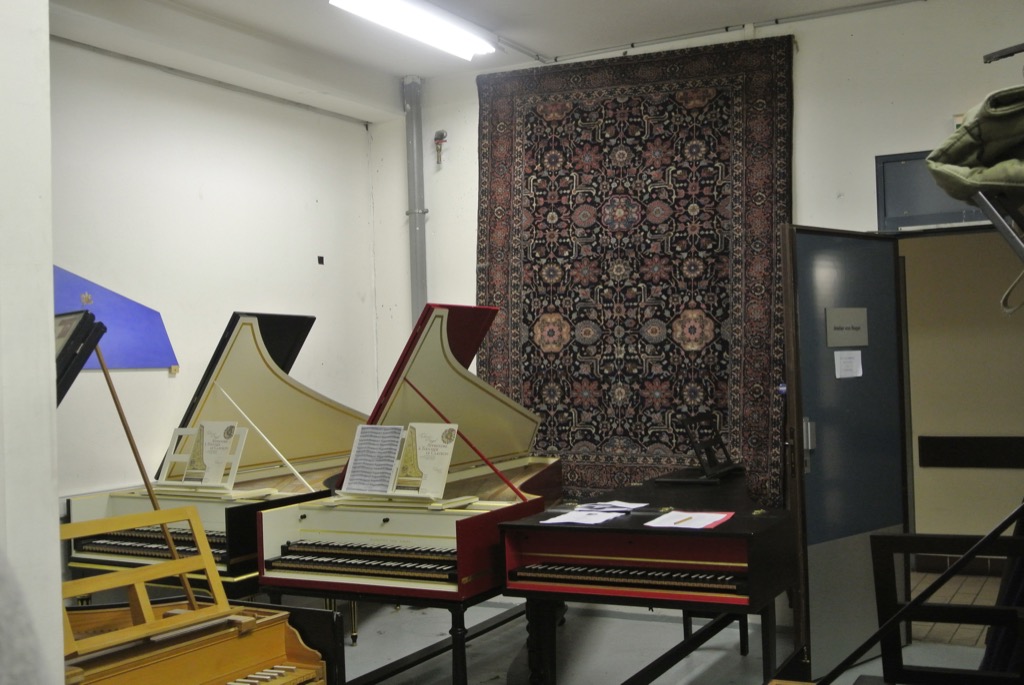 One of the rare harpsichord manufacturers in Paris, Von Nagel likes to encourage young artists.

The name of the series is charming in itself : these concerts are called « Concert dans les copeaux », literally concert in wood shavings.
Well the shavings had been cleared, but my head was banging on shelves holding bottles full of nails of all sizes and all his beautiful wooden tools, were displayed behind the harpsichords. The great surprise was to hear in Bach, 23 year old and American  Lilian Gordis, who had met her partner, traverse player Johanna Bartz in Schola Cantorum Basiliensis, in Basel and was playing with her for the first time in public. 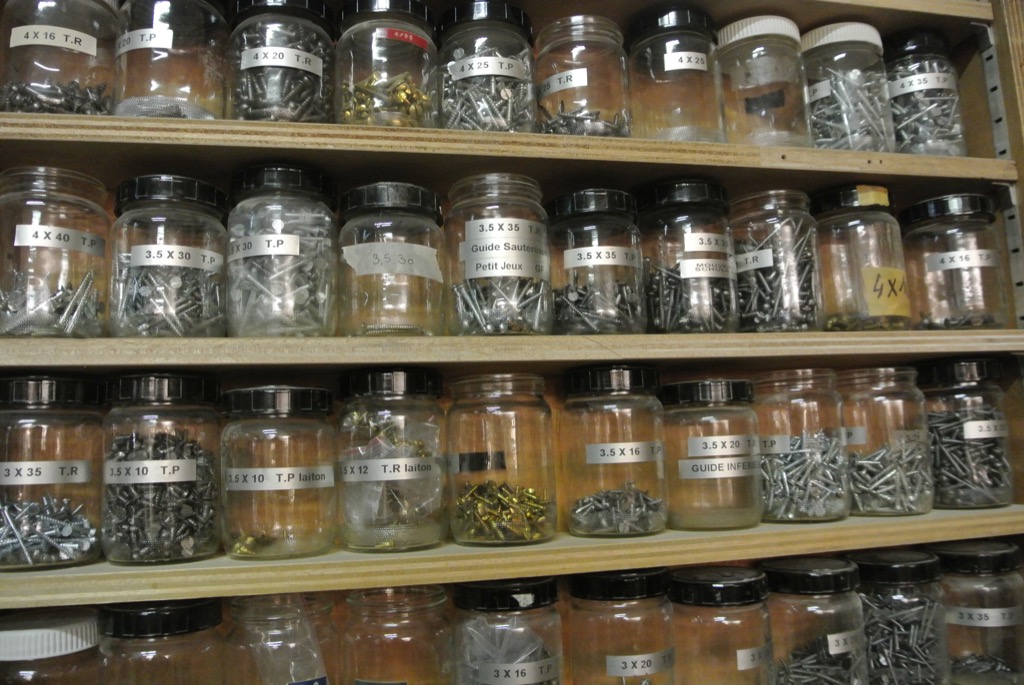 Harpsichord can sound tedious when badly played and we were not in Versailles, listening to Hervé Niquet or William Christie. Yet the emotion was total and the silence and intensity of the audience’s listening was part of the quasi mystic experience. Sixty persons of all ages (including a very quiet five year old), sitting on stools and benches, were mesmerized by these two young ladies who devote their lives to baroque music and seem extremely happy. Three sonatas, a partita for flute and the 5th suite anglaise for harpsichord, were all delightful pieces and my friend Eric, who had accompanied me to various Bach organ and piano recitals before, seemed even happier this time. The intimacy and originality of the room added to the emotion of discovering two brilliant young artists, followers of such regulars as Scott Ross  or Jean Rondeau who all started there.  We might have to go to Versailles, Royaumont or Basel next time to hear them again ! (info at : 01 44 93 20 94 or lesboisquichantent@gmail.com)

2 Comments on “A concert from another time”