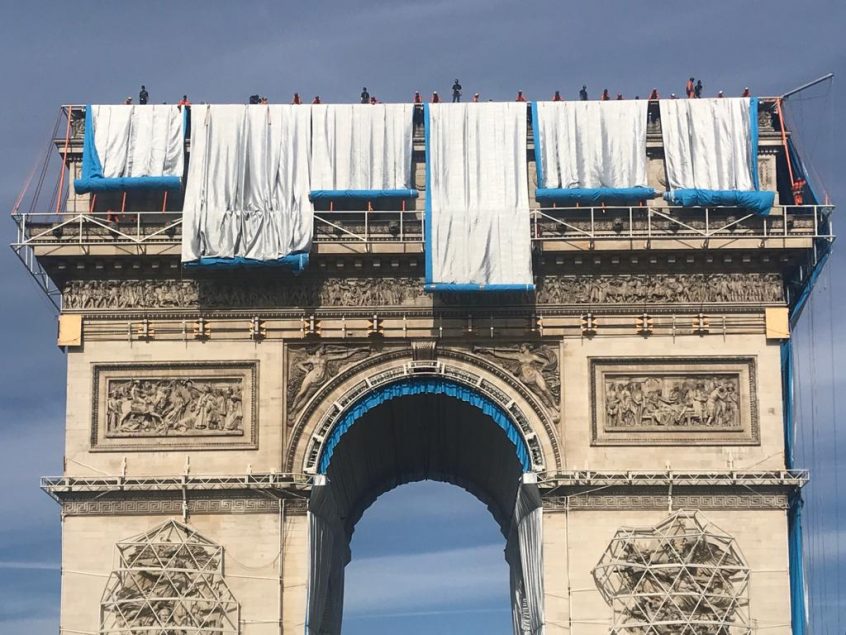 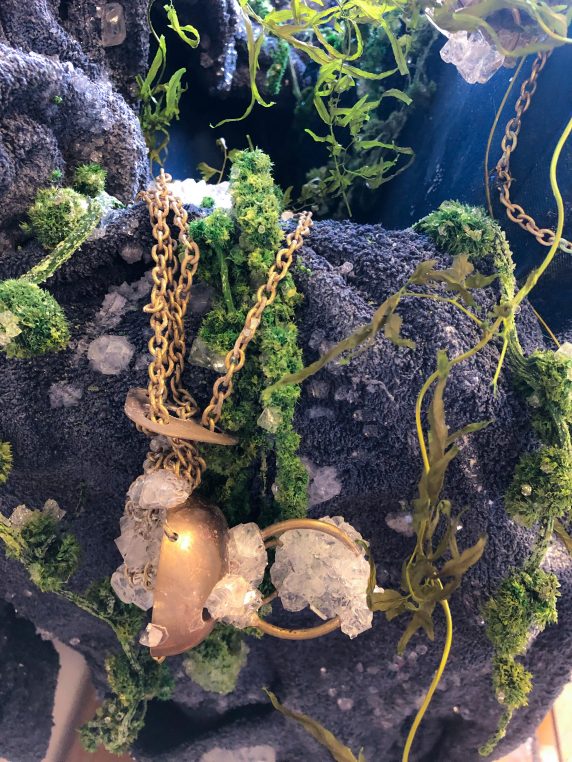 It was a race this week if you wanted to see half of what took place in the capital. But with the magnificent weather and the use of subway and walking rather than taxiing, you could achieve a lot. After discovering the very pretty exhibition galleries at Christie’s with new windows on the street, I rushed to Galerie du Passage, to see American artists Matt Mitros and José Sierra’s fun ceramics. Then at La Scala Paris, Aline Vidal was inaugurating a new armchair created by an artist, South African born this time, Bianca Bondi. Nathalie Obadia was opening her large gallery on Faubourg Saint Honoré and all of this while ArtParis was mesmerizing everyone with the quality of its paintings. 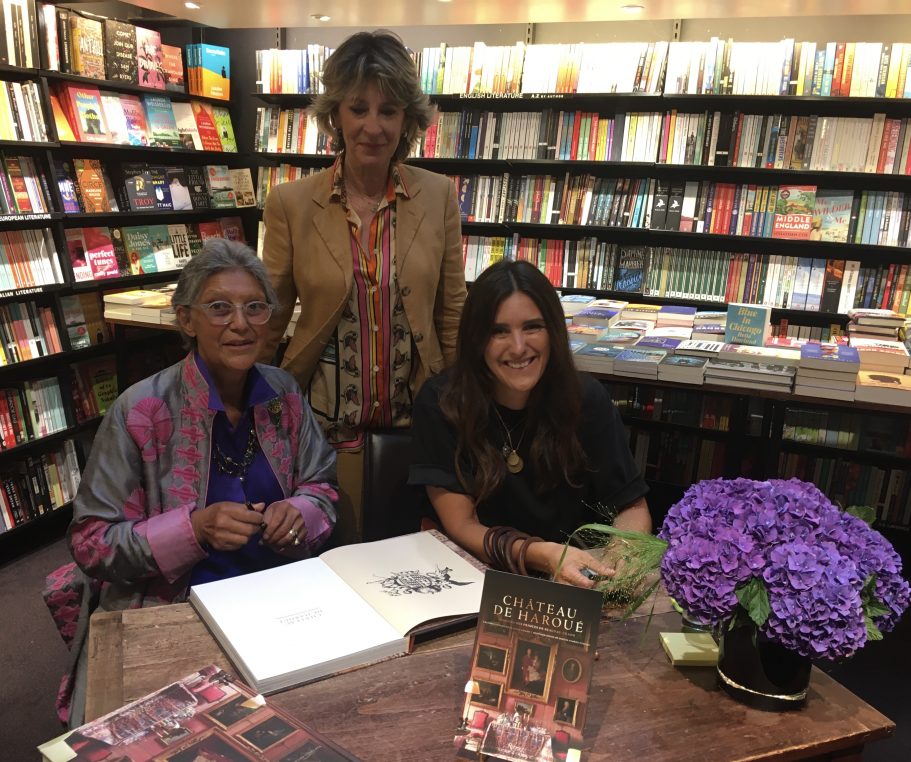 Galignani remains the last salon in Paris. This magnificent Franco English bookstore on rue de Rivoli, next to Hotel Meurice, is thriving even though the street is closed to cars. The strong storm which exploded at 7.30 pm did not deter Princesse Minnie de Beauvau Craon’s faithful friends from coming to the book signing of Chateau de Haroué. Henri Loyrette, Daniel Alcouffe, Sophie de Ségur, Nathalie Georges, … were all there to buy the new book written by Monique Raux, a journalist at l’Est Républicain, and published by Rizzoli. This exceptional castle in Lorraine, is now managed by the Centre des Monuments nationaux, and its splendor is well rendered in the book, which the new generation of Beauvau, Minnie’s daughter, Victoria Botana, edited. There is also an English version. 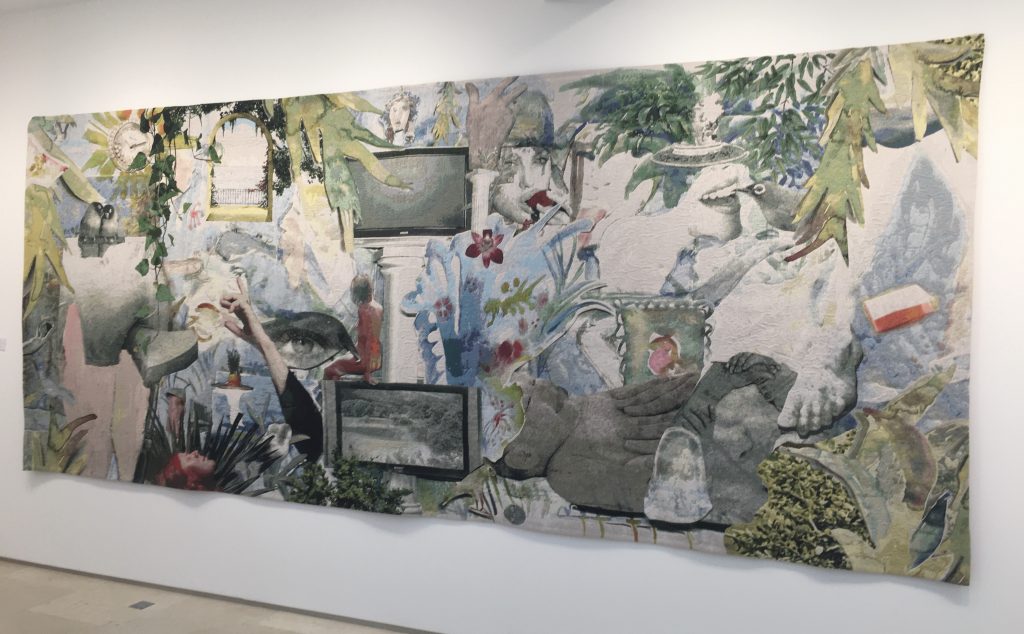 At the inauguration of Galerie Nathalie Obadia at 91 Faubourg St Honoré, the president of FRAC Aquitaine, Bernard de Montferrand was very happy to see the large canvas, “Peinture de nuages” (cloud painting) by Benoît Maire, an artist from Bordeaux whom the FRAC had picked very early on for its collections. The space of the gallery  is very large with zenital lighting and so well located next to the Dalloyau pastry shop and across the street from the Canadian Cultural center which shows the fantastic photographs by Edward Burtynsky until September 19. I was impressed by Laure Prouvost‘s large tapestry with two televisions but not at all by the warm Ruinart champagne. Why ruin such a wonderful wine? Fabrice Hyber and Fiona Rae also had large interesting canvases.

At Galerie duPassage, Pierre Passebon shows one of the funky mugs made by Matthew Mitros

The film of the week was “Boîte Noire” (Black Box) by Yann Gozlan, with exceptional actors such as Pierre Niney (who played Yves St Laurent), Lou de Laâge, André Dussolier in one of his best roles and Sébastien Pouderoux. Pierre Niney who plays an engineer with exceptional hearing, is in charge of analyzing a black box after a plane crashes in the Alps with 300 deads. He is married to Lou de Laâge, Noémie, a sexy young woman who also works in the aeronautical industry. The intensity of the acting is beautiful and the thriller-like action is great fun. Mostly, the film is always elegant, and you learn a lot about flying accidents… and corruption in the flight industry.

Next week do not miss the installation of M.U.R. Bastille 2, painted by New York artist Logan Hicks at 38 rue de la Roquette from 15 to 19 September. It will definitely be a trendy moment…

And last Sunday, the Arc de Triomphe started getting dressed…. 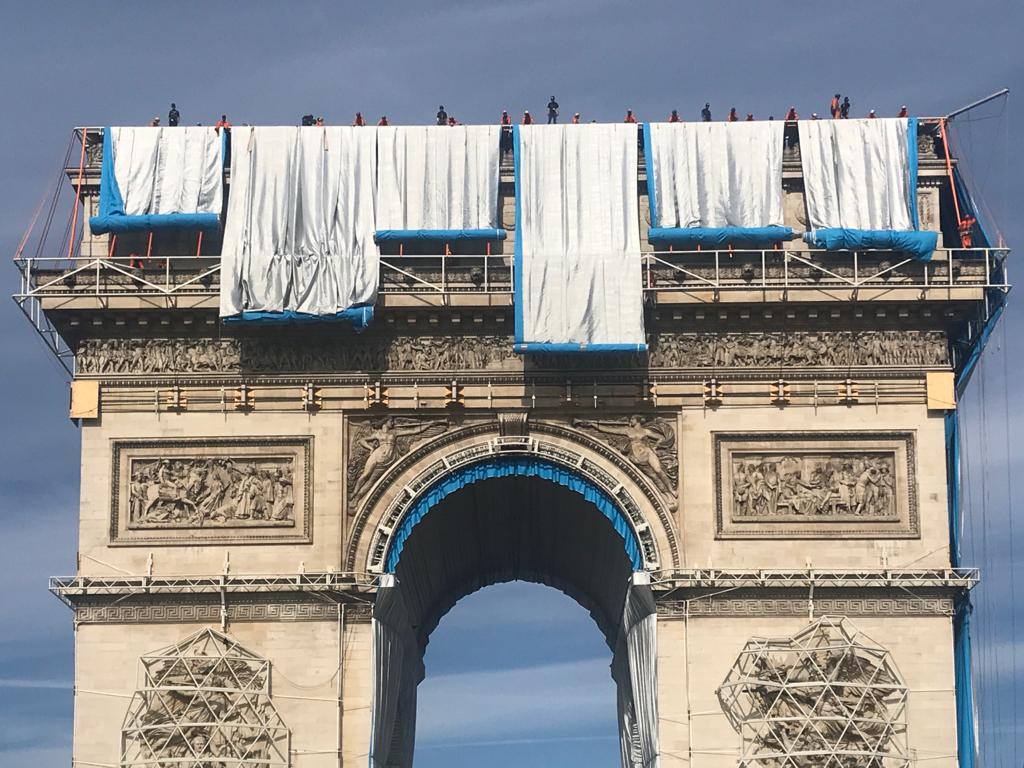 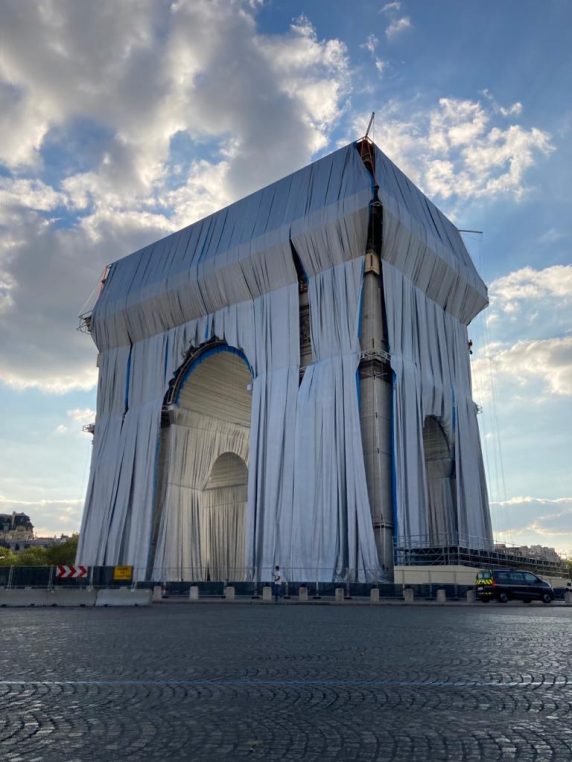 3 Comments on “A crazy rentrée but what fun!”