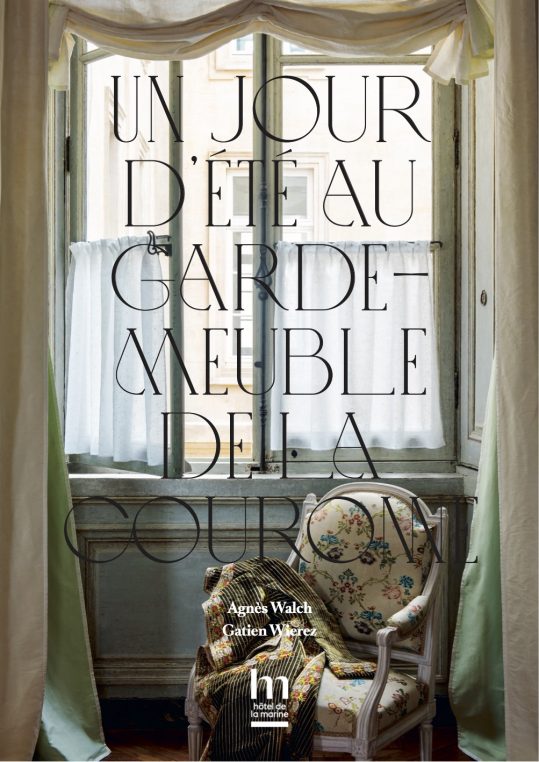 One of the events of the Spring was the opening of Hotel de la Marine on place de la Concorde with the refurbished apartments of the two intendants in charge of Louis XVIth’ Garde Meuble (furniture storage), Pierre Elisabeth de Fontanieu and Marc Antoine Thierry de Ville-d’Avray. One was a libertine, the other, a family man very close to the King. Both had impeccable taste and were in charge in managing the court’s furniture. A new book narrates the life of this building written by two historians, Professor Agnès Walch and Gatien Wierez. And the magical photos by Guillaume de Laubier, who is famous for his natural lights, would have deserved a larger format. The decors recreated by Joseph Achkar and Michel Charrière are astonishing and one gets all the stories behind these walls from very serious primary sources.

Following Agnès Walch’s visit was fun since she is a specialist of 17 th and 18 th century daily life and she gave us many details on the noise level at the time, when the day was paced by the neighboring church bells, the horse drawn carriages and the active life in the kitchen were deafening. And indeed, years ago, I was surprised by Guy de Rothschild’s telling me that in his childhood house of rue St Florentin opposite hotel de la Marine, he was always awoken by the carriages on place de la Concorde which were much noisier than todays’s cars. That was during WW1. 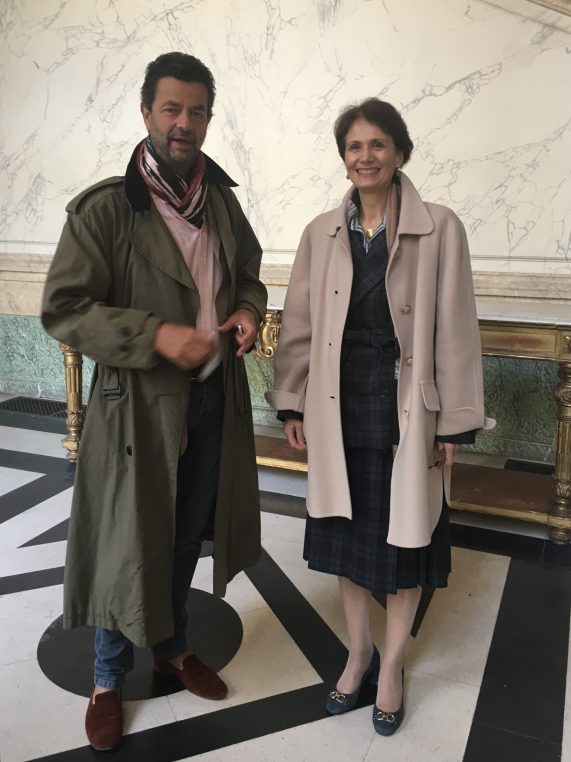 Professor Walch was also interesting when describing the schedule of the day for lighting the candles, and heating the different spaces. She studied the different almanachs and weather reports which allowed her to recreate daily life in th last years of the 18 th century.  There were specific allowances of wood logs for each room and the intendant usually preferred to work out of a small office rather than his official one for fear of the cold. The bread was delivered from Gonesse twice a day, the fish came from Dieppe…

Interestingly, the Garde Meuble and its twin (now Hotel de Crillon) were built as façades in 1772, on the place then called Louis XV. It was located on the outskirts of Paris between the Tuileries gardens and the Champs Elysées. The church of the Madeleine was not yet completed. The building would ultimately house up to 100 people, who repaired and made some of the furniture, and organized the visiting galleries for the public every first Tuesday of the month. But also cooks, butlers and servants who were busy all day keeping the fires going, cleaning th spaces, and feeding this large population. 150 more workers, secretaries or clients visited every day.

The apartments were very modern and had running water and already recycling systems. Chemists used excrements to make medicine, and urine was regularly collected and used for dying fabrics. There were storage rooms in the courtyards for carrying furniture in and out of the royal houses after they were refurbished or repaired. Woodcarvers and fabric manufacturers were constantly busy but they worked with a great sense of economy and each piece of worn out fabric or sheets, etc. was reemployed.

Lunch is called dinner and is taken late around 2pm while supper is served after the games of cards played in the angle living room or the  6 pm shows of music, opera or theater.

After the Revolution and the deaths of Louis XVI and Marie Antoinette, the Garde Meuble became Hotel de La Marine for two hundred years. It is now transformed into a museum with two restaurants in the courtyard and the future space devoted to the Al Thani collection on the second floor which opens on November 18. I was horrified to find out that, in this heart of French style excellence, the china at café Lapérouse was made in the United Arab Emirates and not in Limoges! The croissants though, seemed local.

Hotel de la Marine can be visited by reservation. The book, “A summer day at the Garde Meuble de la Couronne” is published by Editions du Patrimoine for 29 €.