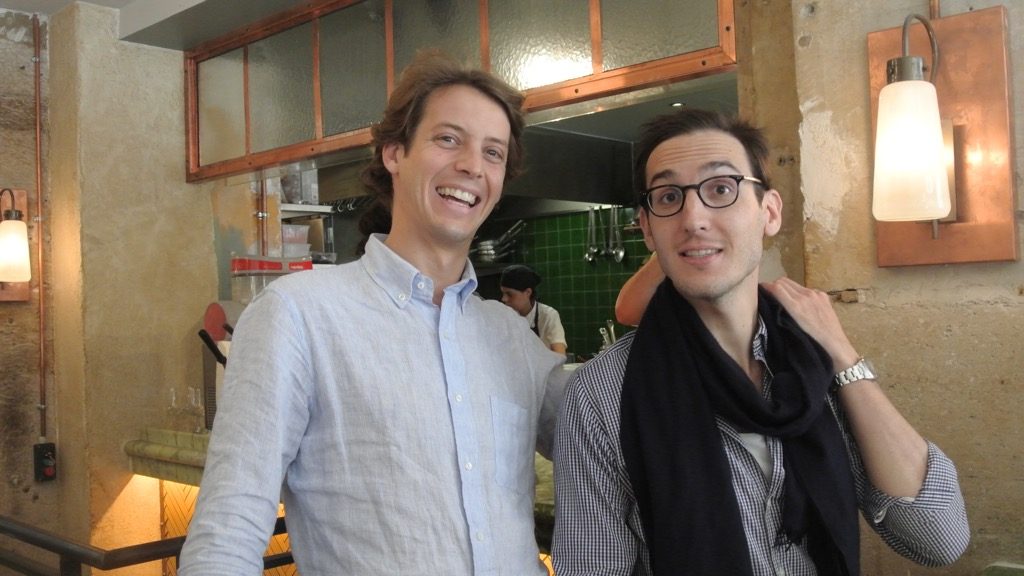 From the street, you could pass East Mamma a few times before realising it is a deep, beautifully decorated and very discreet  “ristorante”. The atmosphere is so much fun with great music (not too loud), and the eleven waiters and waitresses running around in their blue shirts and aprons, all pretty, all polite and all smiling. What a unique scene for Paris !
Tigrane Seydoux and his business partner Victor Lugger opened this new restaurant on 133 Faubourg St Antoine, opposite square Trousseau, a few months ago, and it is already the « talk of the town ». There are no bookings but if you go at 12.30 pm for lunch, or a little late for dinner, no problem. 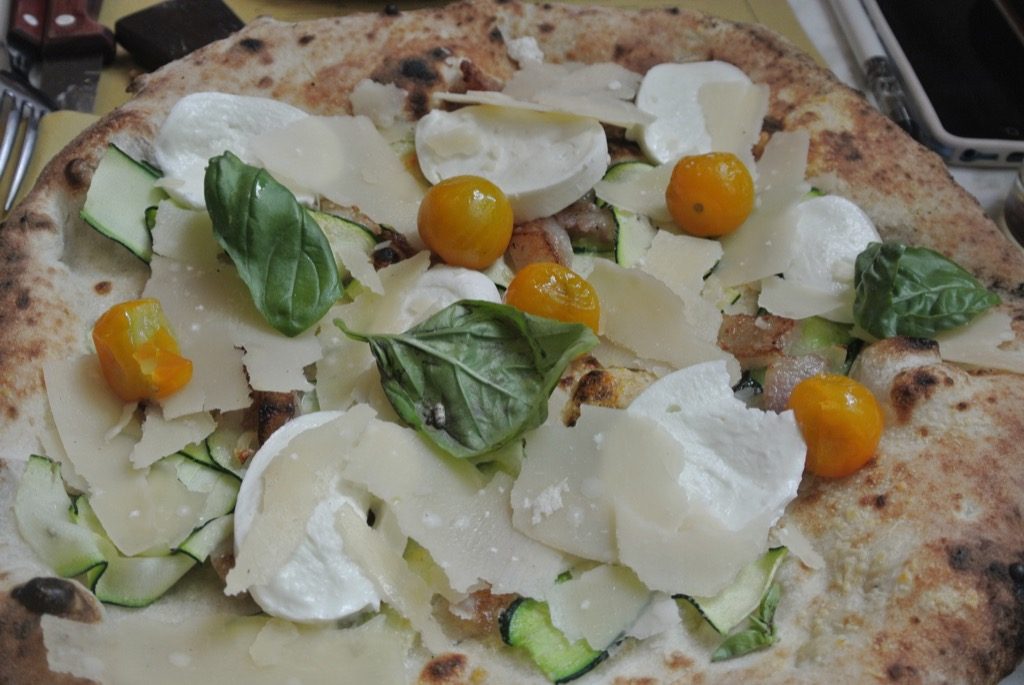 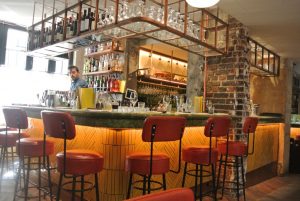 The bar where you wan eat if you are alone

The food is simple and natural Italian with extraordinary Parma and San Daniele hams, smoked mozzarella, Napolitan pizzas baked at 60° for 50 seconds…by the chef Ciro Cristiano‘s cousin, Pasquale Giordano. Everyone is young and there is a feeling of authenticity all around. The creamy burrata was delicious and so was the pizza verde bianca which I picked (no tomato sauce) and Dark mamba, linguine in an ink sauce with octopus, but I was disappointed by the bruschetta with vitello tonato: too much bread not enough tomato, undercooked vitello… 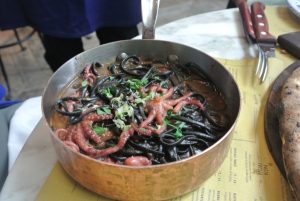 Linguine with ink sauce and octopus

Clever Enrico, the assistant manager from Sardinia, was all over us showing on his Ipad (which he uses to take orders) how pizza is made. One of the waiter’s mother was celebrating her birthday, and many guests spoke italian.
East Mamma has imported the sun from Italy with all of its products, which come from small growers and manufacturers all over the Peninsula. We had granita al limone for dessert and an exceptional panacotta. And if you like nutella, there is a special dessert pizza where a bucket of nutella is brought to the table! Tigrane Seydoux was raised in Monaco and the sun shines everywhere around him. 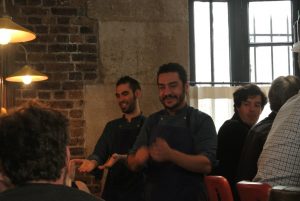 With the professional help of Martin Brudnizki who also runs Jamie Oliver’s restaurants in England, Tigrane and Victor have managed a “tour de force” : to create a happy and reasonably cheap restaurant in the East of Paris. Do not miss it… (40€ appr)