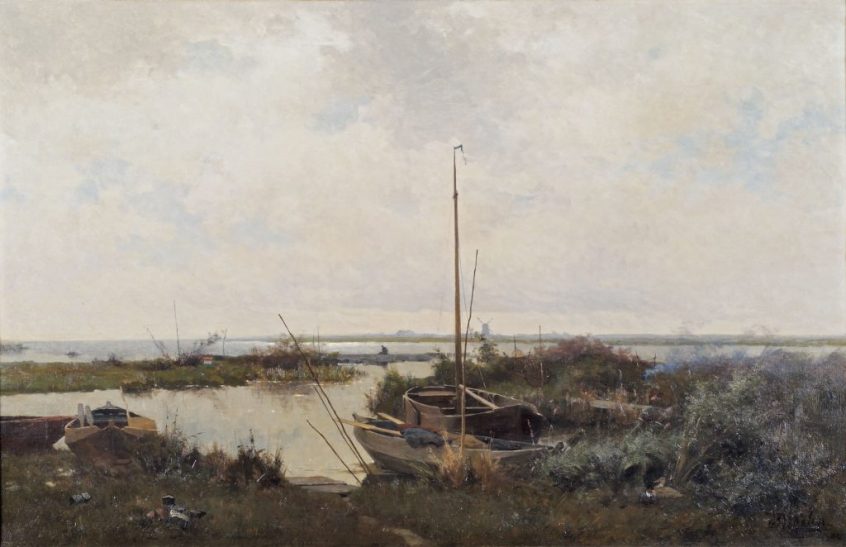 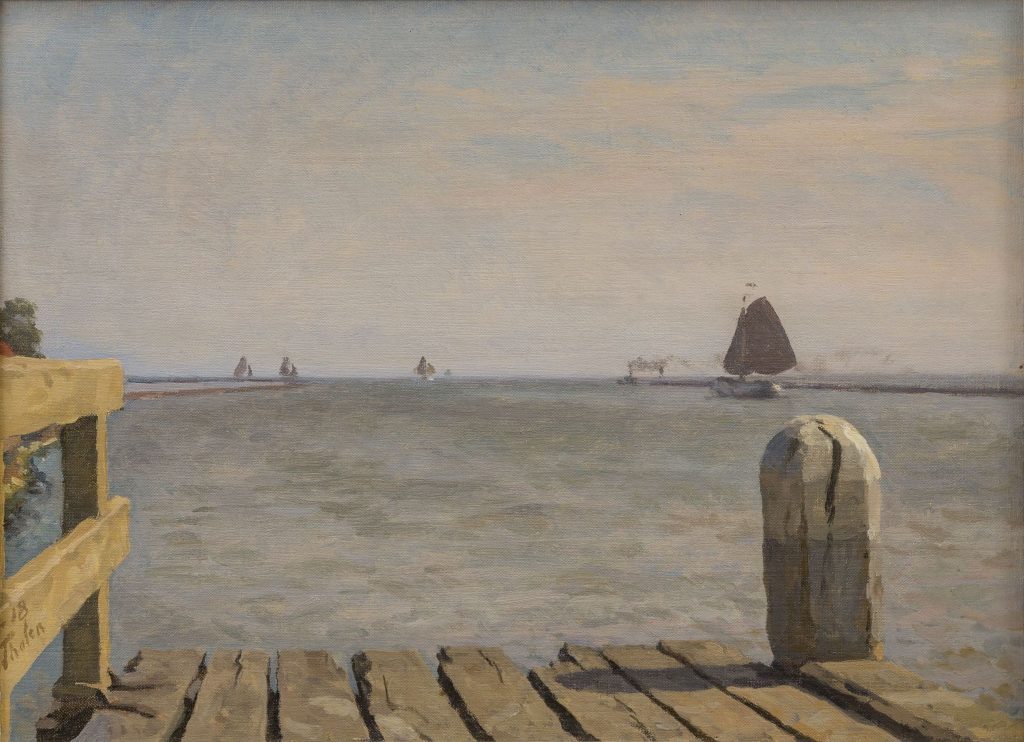 Fondation Custodia is one of these research centers and precious gallery, which celebrate quality in art above all. This new exhibition is devoted to, a little known in France Dutch impressionist, Willem Bastiaan Tholen, (1860-1931). Downstairs, the director Ger Luitjen, uncovered late Swiss artist Gérard de Palézieux’ s life long career as a drawer and a print maker. Both shows are precious. 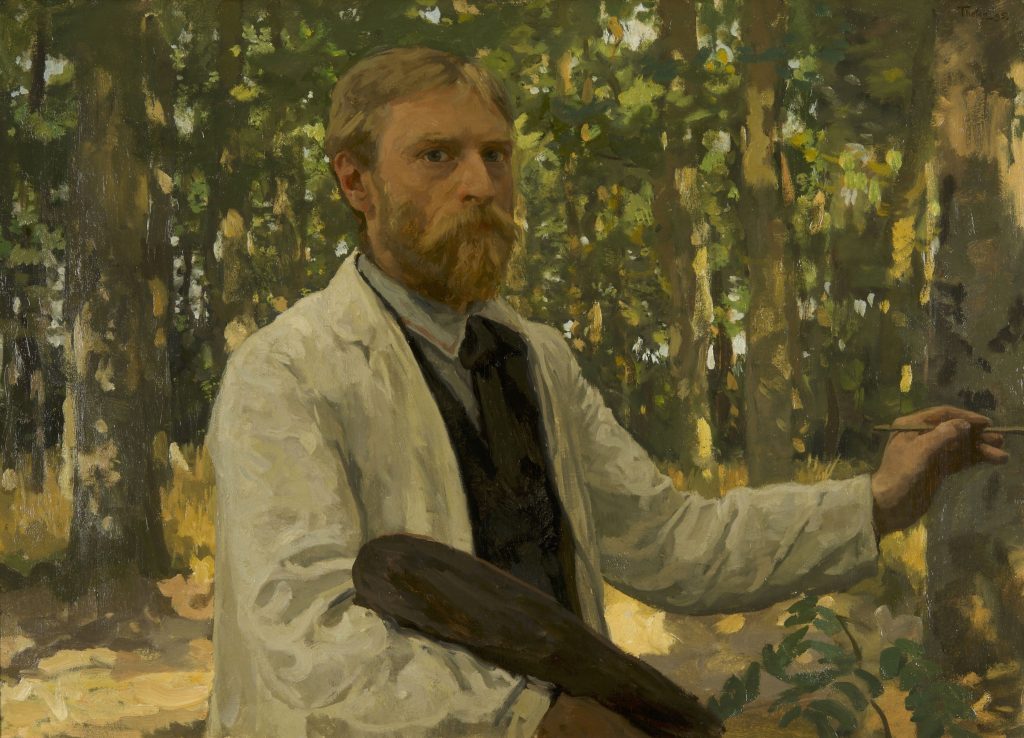 Cocurated with the Dordrechts museum in the Netherlands, this show is the first dedicated to Willem Bastiaan Tholen in France. We visit the whole of Netherlands with its tiny villages, colorful harbors, canals and bridges which make it such a unique country. Influenced by the School of the Hague and impressionists from Amsterdam, the artist starts his career in Giethoorn, a ravishing village with waterways, two hours North East of Amsterdam, where everyone travels on boats. 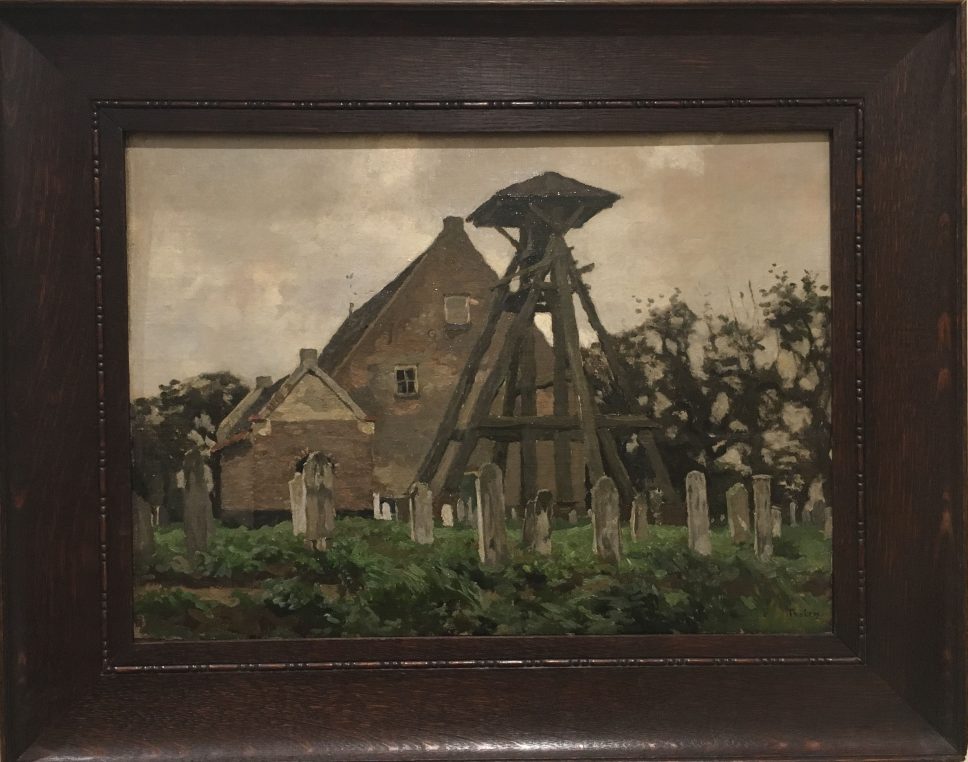 He often paints there in the summer and delivers happy sunny paintings like the ones painted in Enkhuizen’s harbor. His landscapes become almost abstract and the framing of his canvases is really interesting. 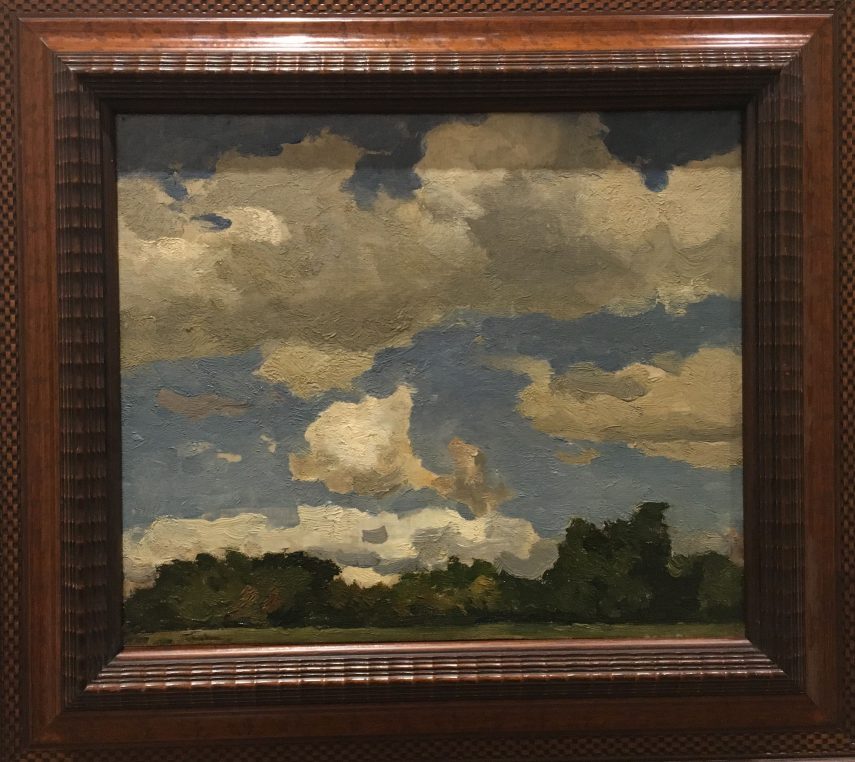 Willem Bastiaan Tholen, “On the edge of the forest under a cloudy sky”, private collection

In 1885, Tholen spends time at his friend’s Willem Witsen‘ house in Ewijkshoeve, a family property set in a forest. Musicians, writers and artists meet there and discuss modern themes and urban topics, which he will undertake to paint later in the Hague. In 1901, he commissions a sail boat and travels on the Zuidersee and in Zeland. His views of boats and harbors are his most famous works. 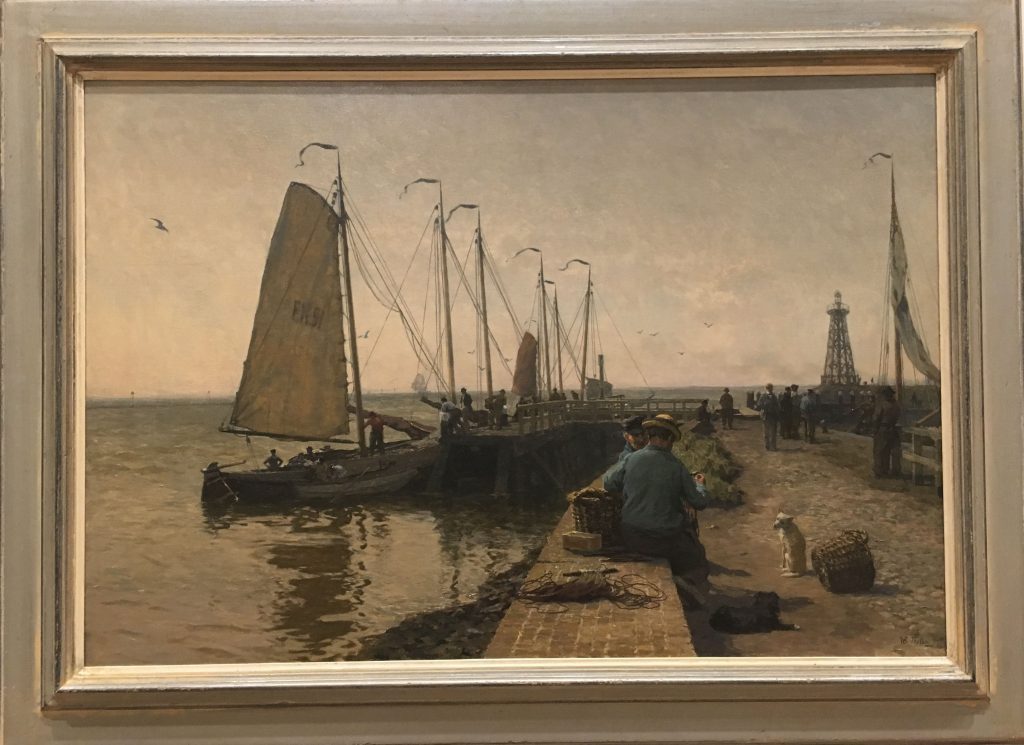 Walking around this exhibition of one of Netherlands’ best 19 th century  artists, is like taking a magical tour of the country, so immersed in water and nature. It could be an introduction to a holiday in Holland. 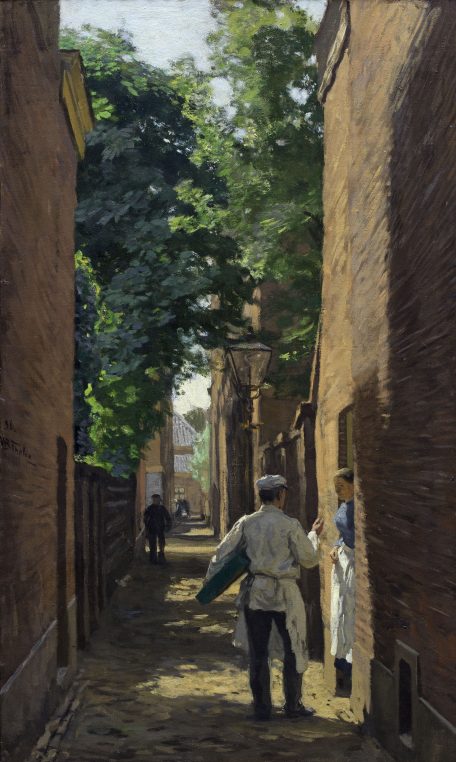 Downstairs,  Gérard de Palézieux’s  charming drawings, eau forte and watercolors are proof of what a great artist this discreet man was. He is  inspired by Giorgio Morandi, describes his country, Switzerland and Venice switching from landscapes to still life. A careful technician, he produced over 1 200 prints on copper or stone and a catalogue raisonné of his work was published. 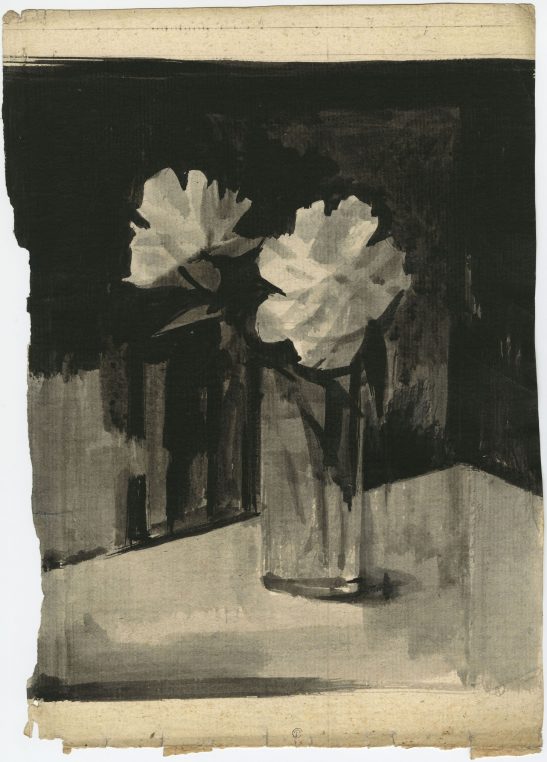 He died in 2012 and left all his collections to Musée Jenisch Vevey, the town where he was born. Ger Luitjen, director of the Custodia Foundation had decided with Peeter Schatborn from the Rijksprententkabinet to acquire some of his works, thus the exhibition in Paris after Amsterdam. 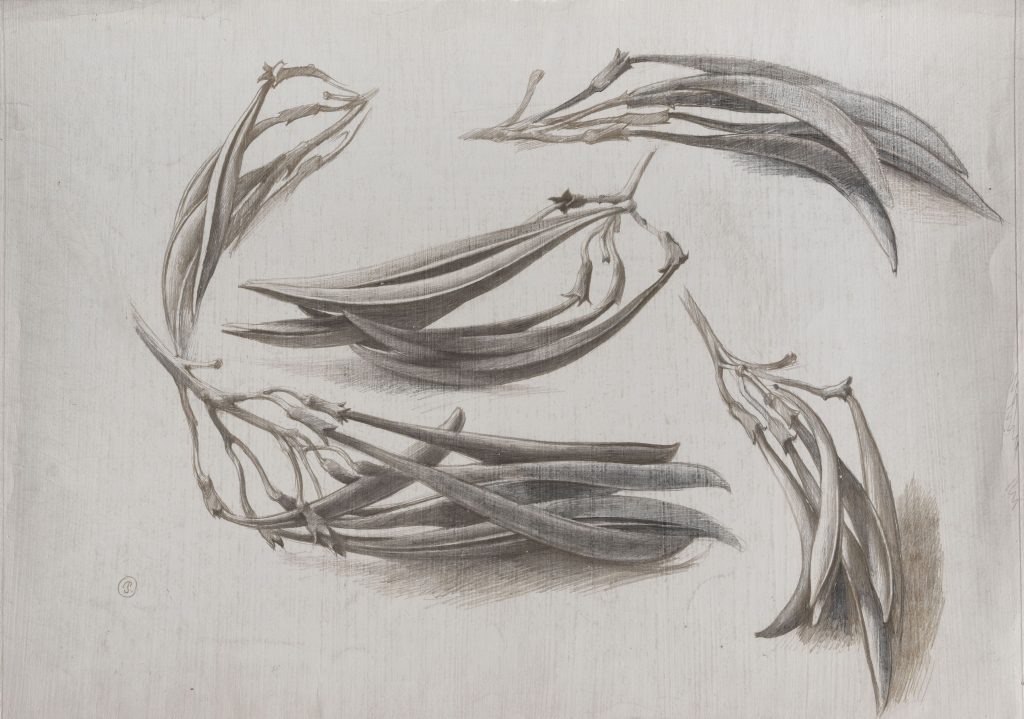 Both exhibitions until December 15, Fondation Custodia, 121 rue de Lille, near the Assemblée Nationale.

6 Comments on “A Dutch Impressionist and a Swiss print maker, at Fondation Custodia”