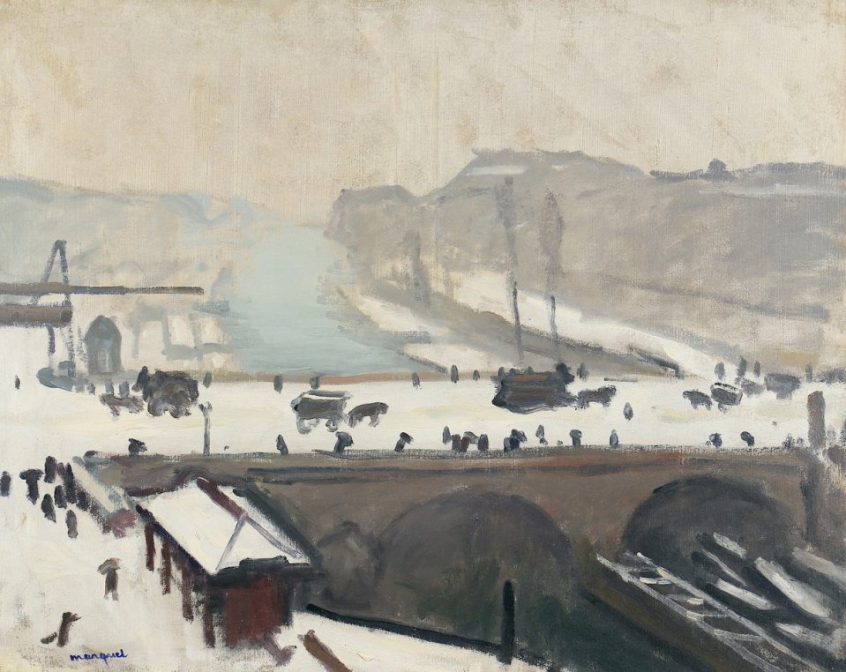 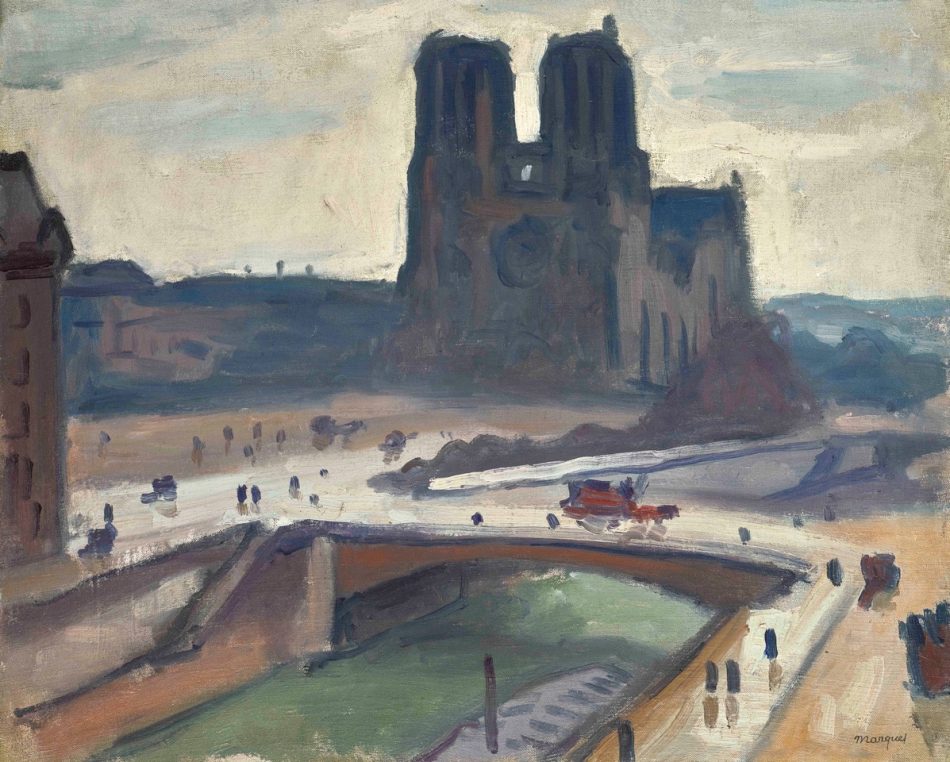 Galerie de la Présidence survives in front of the Elysée Palace and surrounded by police and security fences, and it is even celebrating its 50 th anniversary. When you have the good idea of ringing the bell, Florence Chibret-Plaussu opens with a smile. She and her mother, Françoise, have been collecting paintings by Albert Marquet (1875-1947) for years and some of them could already be seen at Musée d’Art moderne in the large retrospective of the artist, five years ago. In their three floor gallery, it is a festival of greys and bright colors, and my devotion for this painter was entirely fulfilled by the variety of 26 paintings exhibited, from Paris to Algiers and Marseille. The show is on until January 29 and you will be surprised! 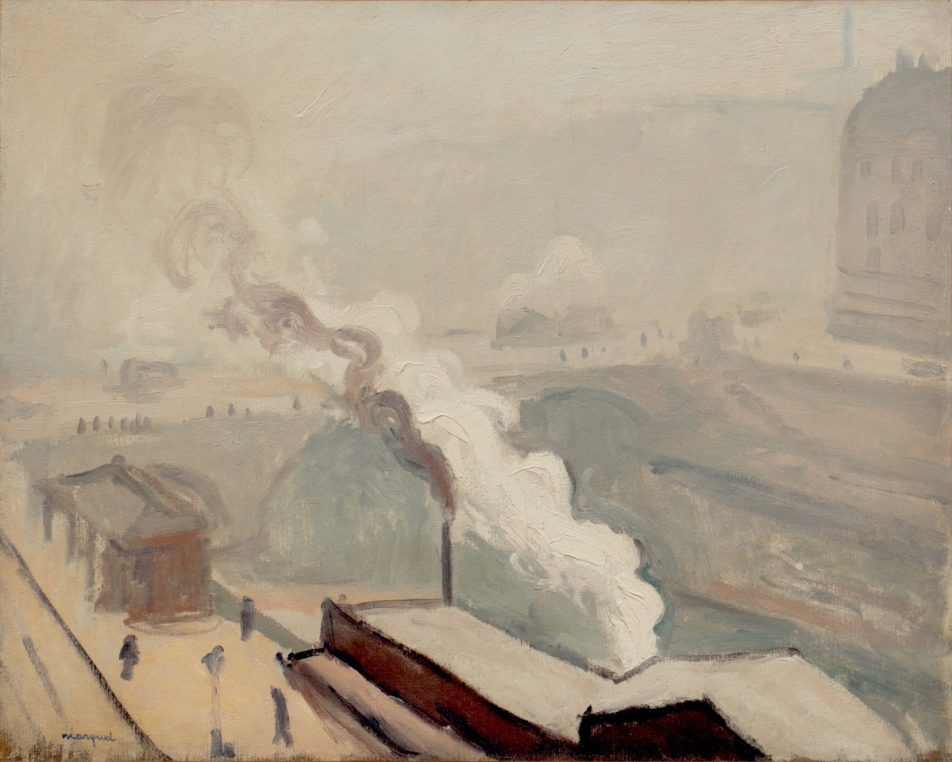 The ground floor is devoted to 10 “portraits” of the Seine with grey views as seen from his apartments on Quai des grands Augustins or Quai du Louvre, in the snow, or in the mist. Two paintings of Notre Dame, many views of the Quai Saint Michel, of the Louvre, and one of the Pont Neuf with its buses and policemen, represent the best of Albert Marquet. The angles he chooses, the diagonal perspectives, the tiny characters he includes in the landscape are captivating. He is truly the best portraitist of the Seine. 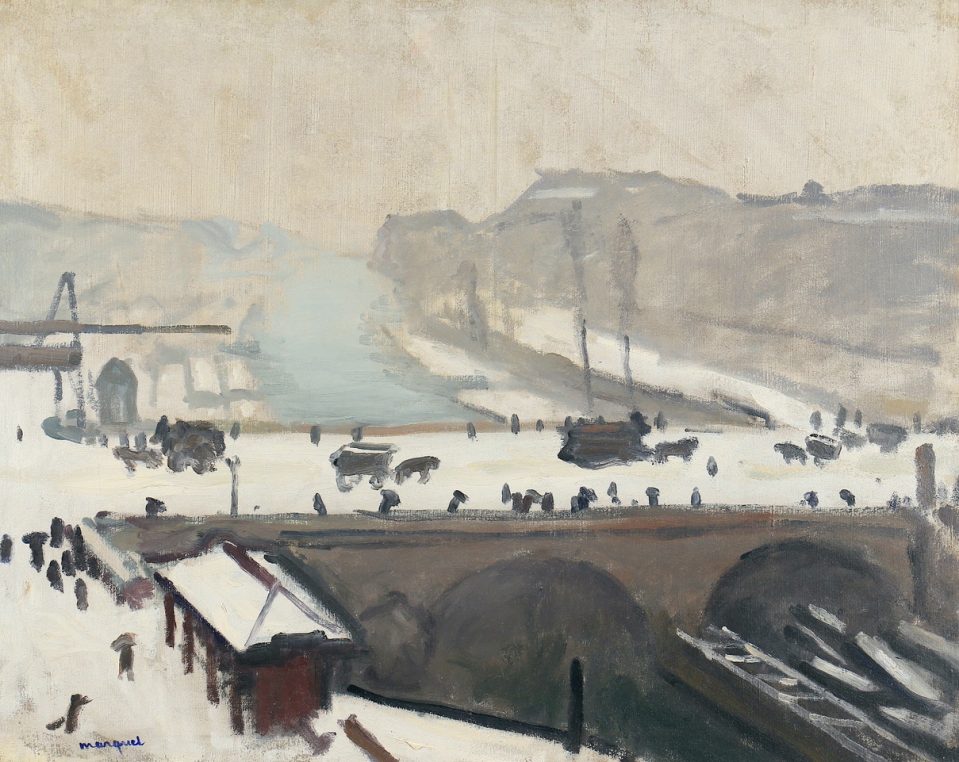 But there is also a surprising and rare nude that he painted in the fauve manner when he worked alongside his close friend Matisse, he was only 23. The orange and purple of the stool are very audacious. As is the almost abstract and very small canvas of “Shadow on the Wall, the Louvre”, painted in 1905-1906. 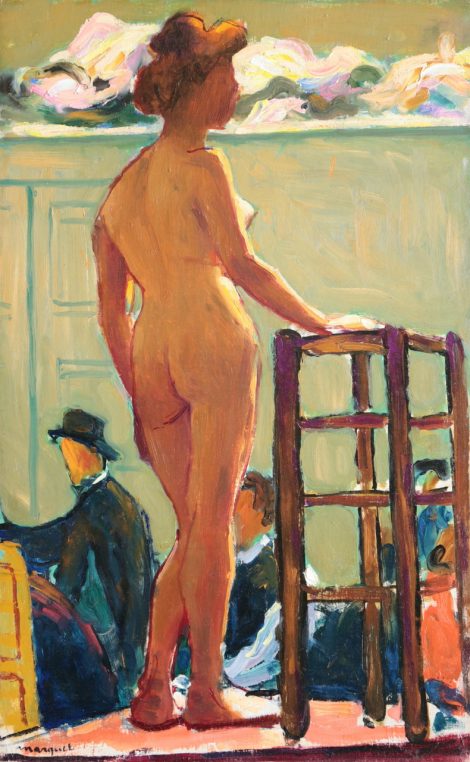 When you walk up the stairs, you discover the countryside in Poissy and in Samois sur Seine, near Fontainebleau. The greens are as vivid as the greys were soft in Paris. L’Estaque, Marseille, Sète, Les Sables d’Olonne, Sidi Bou Saïd, follow with their Mediterranean or Brittany lights and boats and harbors compete. Water is a constant element in the paintings. There are also four watercolors on paper representing the harbor in Algiers, a landscape in the Basque Country, Poissy and North Africa. 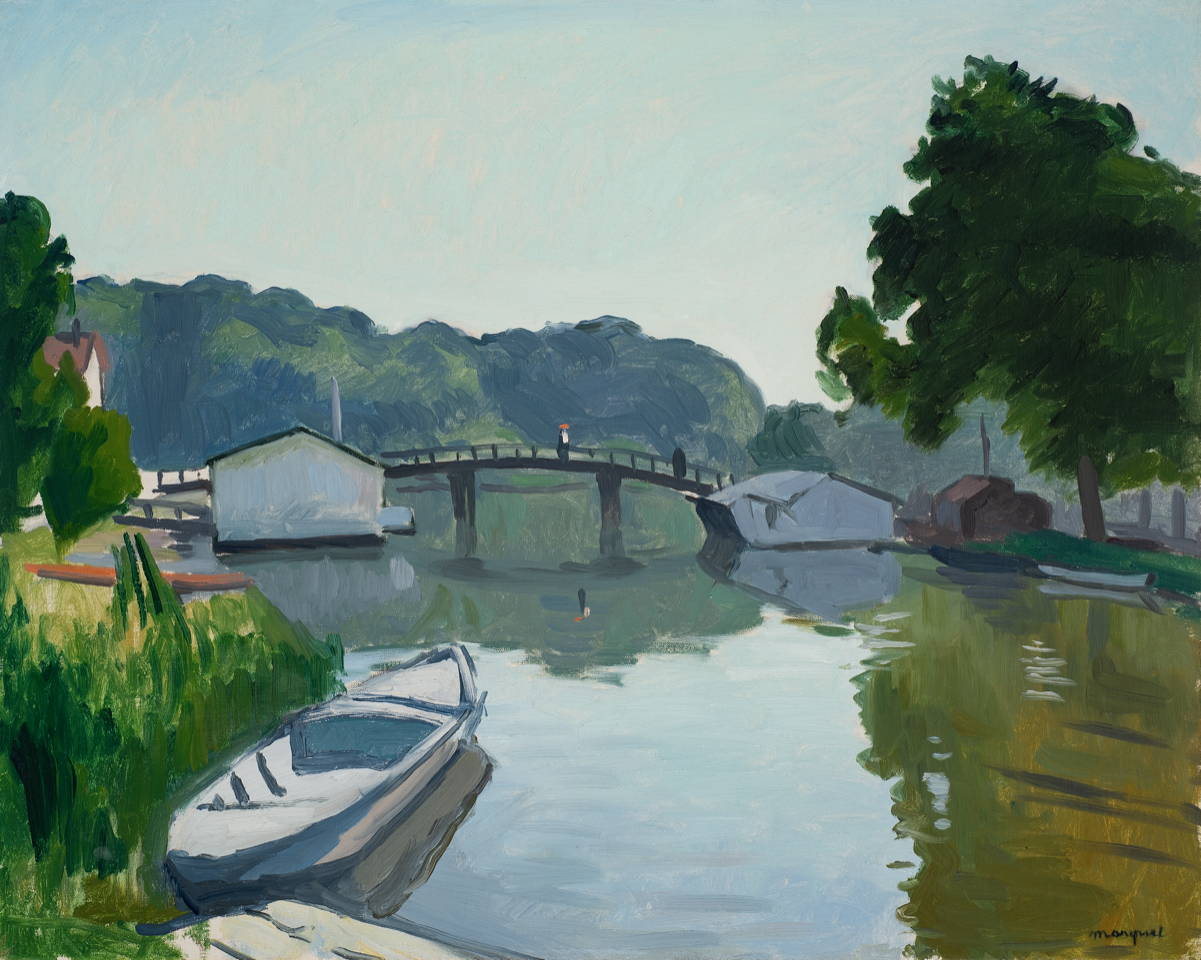