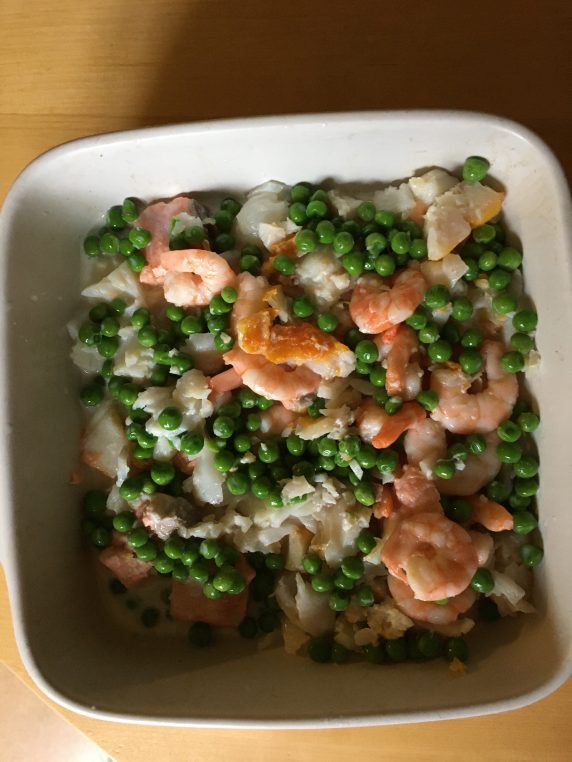 I added salmon and shrimps and peas for the color. This is before the béchamel and mash potatoes are included

It is a mistake to think that British food is not delicious. One of the best sellers of Parisdiary’s recipes is Coronation chicken which has become the trend in Provence all summer long. I was recently talking to Jackie Budin, an old colleague from Vogue Hommes who has the best fashion eye I know, and who won a César Prize in 2004 for best costume for “Pas sur la Bouche”, the film she worked on with Alain Resnais and Sabine Azema. She was proudly telling me she had received THE vaccine the day before in her little village of Mickleton, Gloucestershire, and then she said she would cook a fish pie. Thus the recipe which I tried to replicate. And it works! 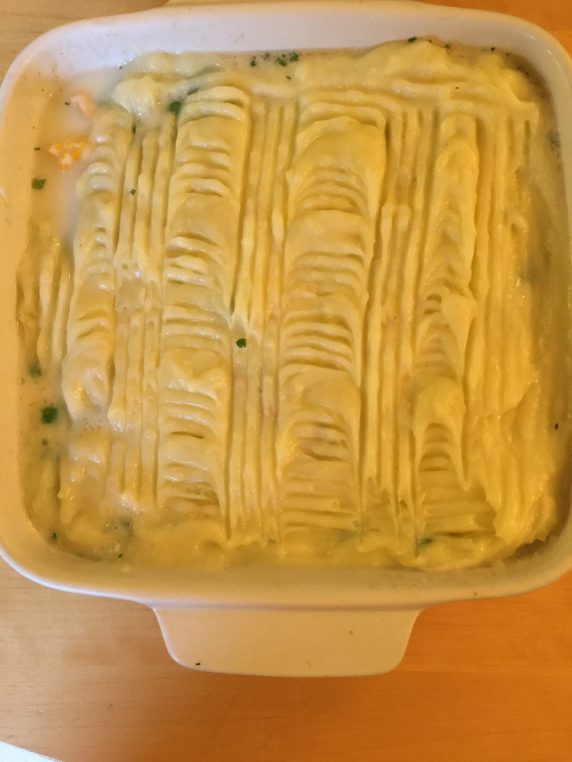 It is important to criss cross the mashed potatoes

For 4 to 6 people depending on your appetite and the size of your dish, use 750 gr of mashed (floury) potatoes (add whole milk & butter when mashing), 500-750 g of flaked fish, cod, smoked haddock, fresh haddock, a few scallops if in season and shrimps, whatever comes to mind. Simmered briefly in milk and removed from milk, so as to make a béchamel sauce (adding flour and butter to the milk the usual way), but this will be a bit fishy-er than usual! Add salt, pepper, chopped parsley and perhaps a spoonful of lemon juice. Add the fish to the béchamel, put it in an oven proof dish (no more than 10 cm deep), top it with the mashed potatoes, criss-crossed with a fork so that it crisps up once heated up in a hot oven for 20 minutes. You can also add to your pie, cooked mushrooms, a few frozen peas, one or two hard boiled eggs cut in four! 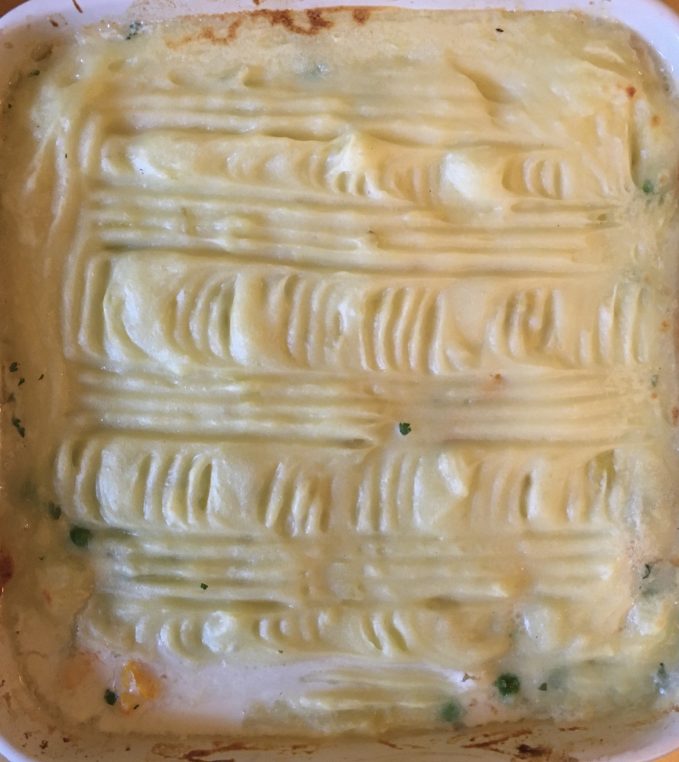 Once cooked it could have been a little more toasted

I have to admit, I added salmon and coriander instead of parsley. And I put very little purée, no mushrooms nor eggs, because there was a lot of fish. But I am sure it’s perfect with less fish and more vegetable. The result after twenty minutes in the oven at 200°, was delicious if maybe not toasted enough. And it took all together an hour to make. Le the know what you think?