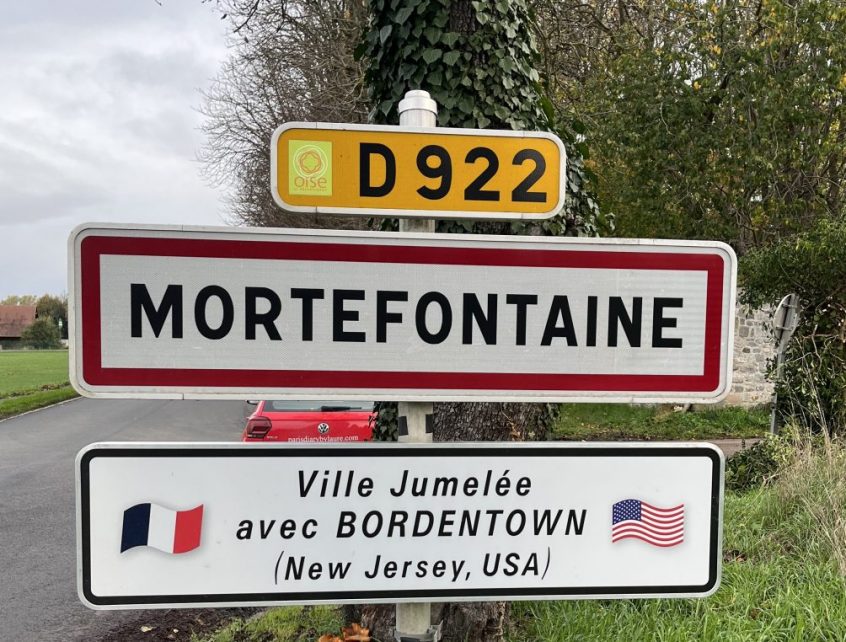 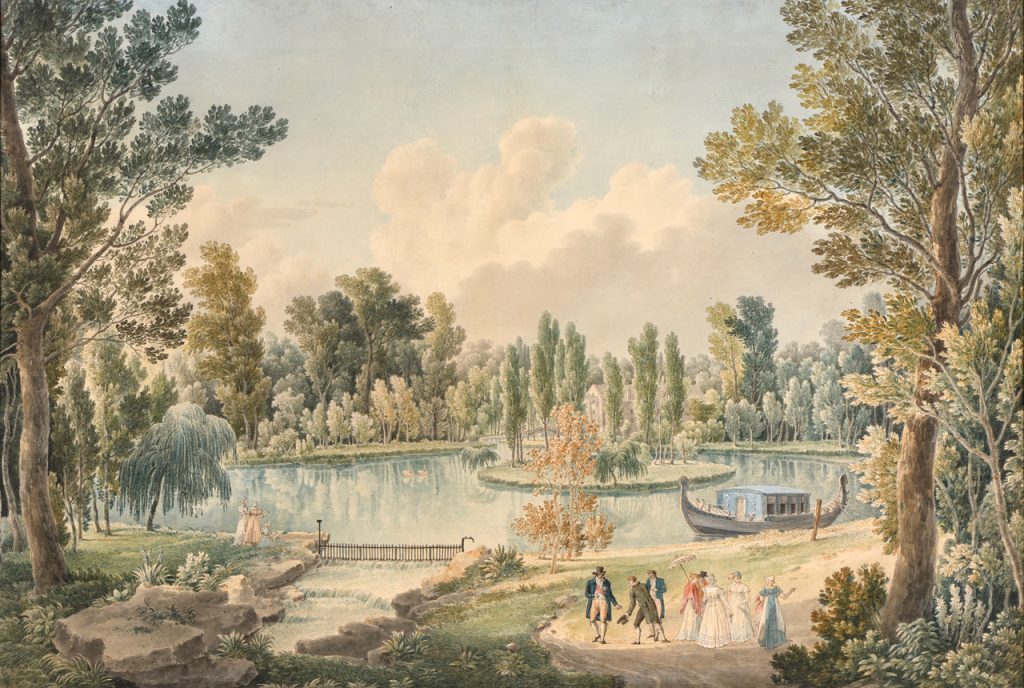 When Napoléon was exiled in 1815, his brother Joseph Bonaparte (1768-1844), who had been King of Naples and of Spain but mostly loved “reigning” on the small village of Mortefontaine, thirty miles north of Paris, moved to America and settled in Bordentown, New Jersey, on the Delaware river 32 miles from Philadelphia. He collected 15 000 books and created the largest library of the time, larger than the Library of Congress. The small town of Bordentown (3 900 pop)  has recently acquired the house, Point Breeze, from the religious “Society of the Divine Word”, which he had embellished at the time, and the romantic park inspired by the French domain. And a fervent collector, Peter Tucci, President of the Bordentown Historical Society, assembled many objects and letters on him to form a small museum on the premises. 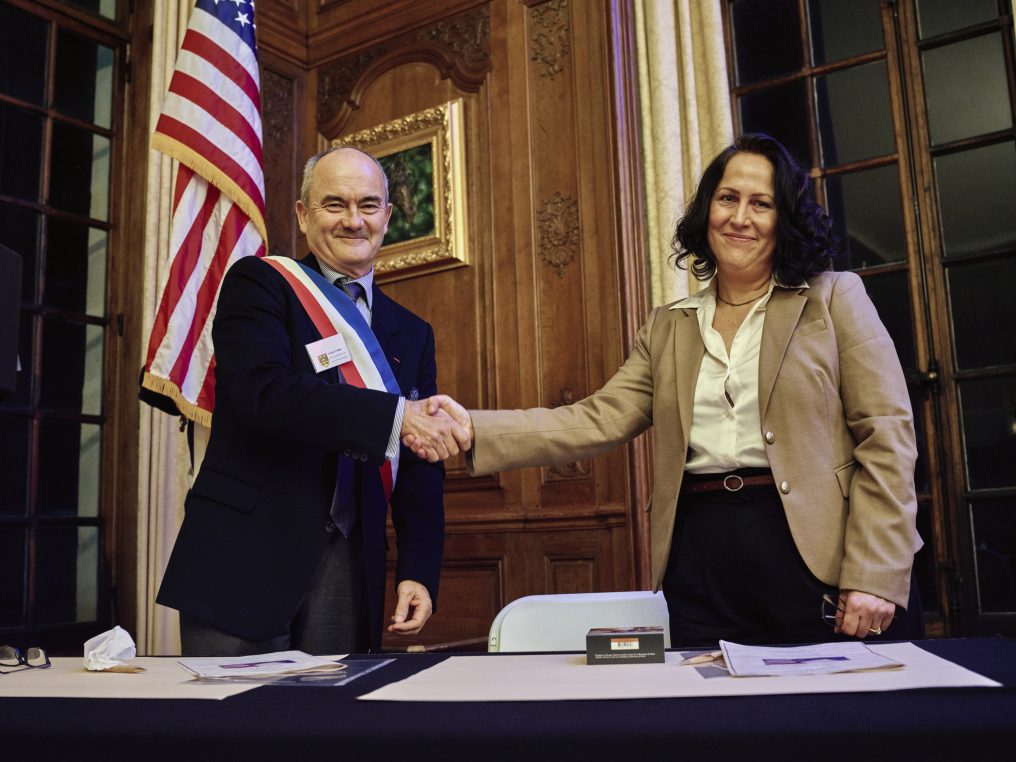 The two mayors, Jacques Fabre and Jennifer L. Sciortino sign the twinning at château de Mortefontaine which used to belong to Joseph

A moving evening recently celebrated the event with a delegation from New Jersey which included National Gallery of Washington’s senior curator Dodge Thompson, a specialist of Napoléon, and his wife Colleen. Suddenly the importance of the past was surging in this quiet little village of under 1 000 inhabitants (Mortefontaine) named after a fountain which dried out. It is famous for the Corot paintings at the Louvre and at the Frick collection, but also for Watteau’s “The Embarkation for Cythera” and Gérard de Nerval‘s poetry. Jean Jacques Rousseau’s “Rêveries du Promeneur solitaire” were written five miles away in Ermenonville. 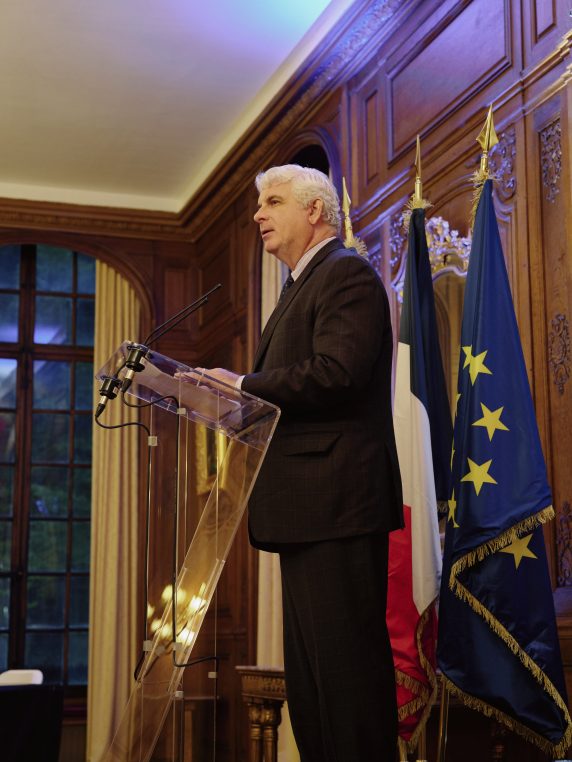 Peter Tucci, the collector who saved the property from real estate developers and initiated the twinning

Olivier Paccaud, Senator of l’Oise, spoke brilliantly about French American friendship and Peter Tucci told us why he had become interested in Joseph Bonaparte. Now that the 60 acre park of Bordentown is turned into a public park, the history of the place is closely studied. Joseph had built “a promontory atop to allow him to see any hostile forces and perforated the ground with tunnels that allowed quick escape” as Daniel E. Slotnik wrote in the New York Times on January 31, 2021. At the time, it included sculpture gardens and brick bridges and a damn. He left New Jersey in 1839 and the only remaining building, the gardener’s house, has become the museum. 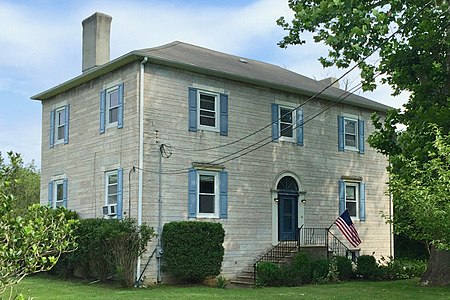 Point Breeze museum is set in the gardener’s house

In January 1820, while he was in New York a fire partially destroyed the house which was rebuilt. Joseph moved to London in 1839 and died in Florence in 1844. There have been many owners since but again a fire in 1983, destroyed the main house. 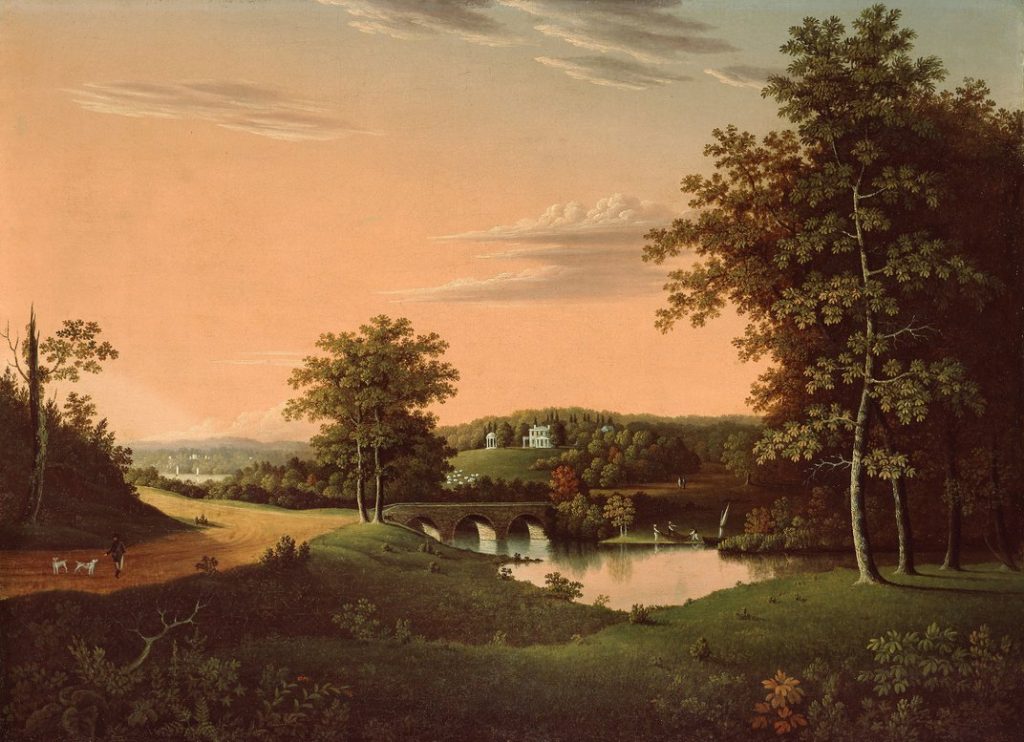 Charles B. Lawrence, “Point Breeze in Bordentown N.J.”, the Art Institute of Chicago

There is a project of exchanging high school students between the two towns and since Institut Saint Dominique is voted every year the best high school in the department, Bordentown’s students will be happy to come to Mortefontaine. It is very moving to think of these small little towns recreating grand history. 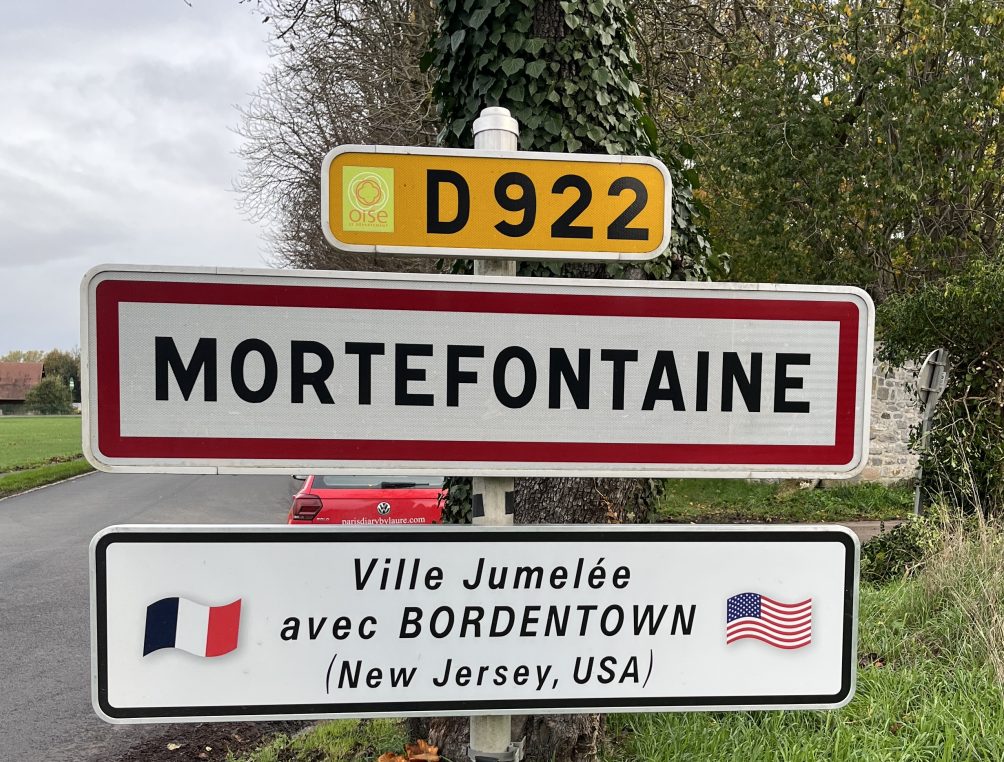 11 Comments on “A precious twinning of Mortefontaine and Bordentown, brings Joseph Napoleon back to life”