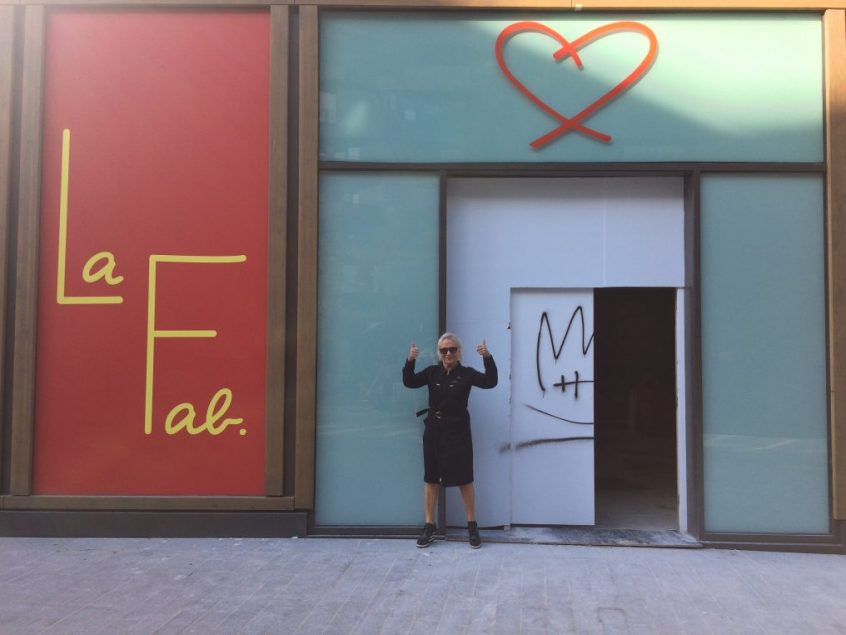 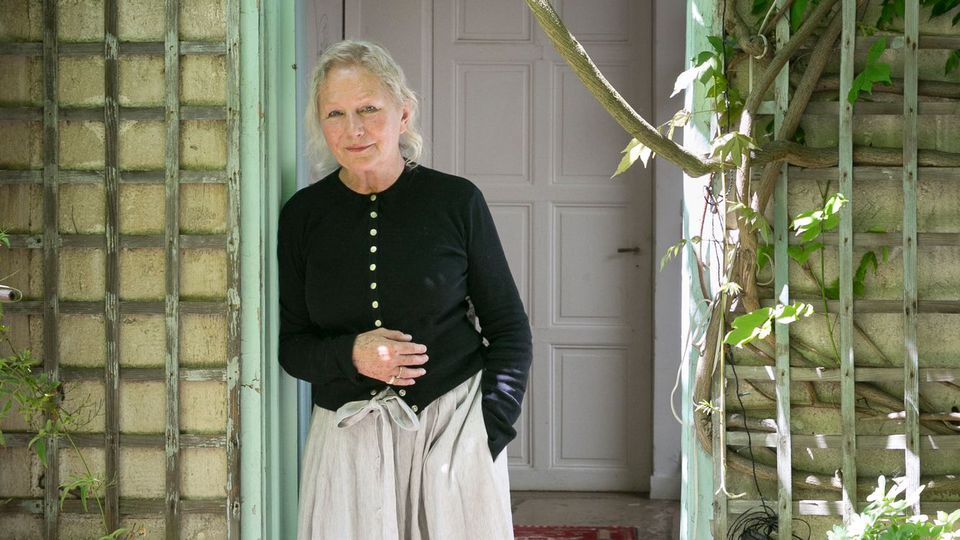 Agnès b at 78, wearing her famous best selling cardigan

The opening of la fab on place Jean-Michel Basquiat was a festive yet discreet event. Designer Agnès b (the b comes from Christian Bourgois, her first husband), had always wanted to be a museum curator since she studied at Ecole du Louvre, but her successful career was achieved in casual ready to wear. The inventor of the famous cardigan with “pressions”, whose second husband Jean René de Fleurieu developed the distribution in Japan in the 1980’s, has now opened her own art center with a plan to exhibit progressively her 5 000 piece collection in the 700 square meters gallery. The first show ” La hardiesse” (boldness) includes some paintings by Gilbert & George, Jean Michel Basquiat, Pierre Klossowski, ceramics by Johan Creten, photographs by Malick Sidibé… her all time favorites. 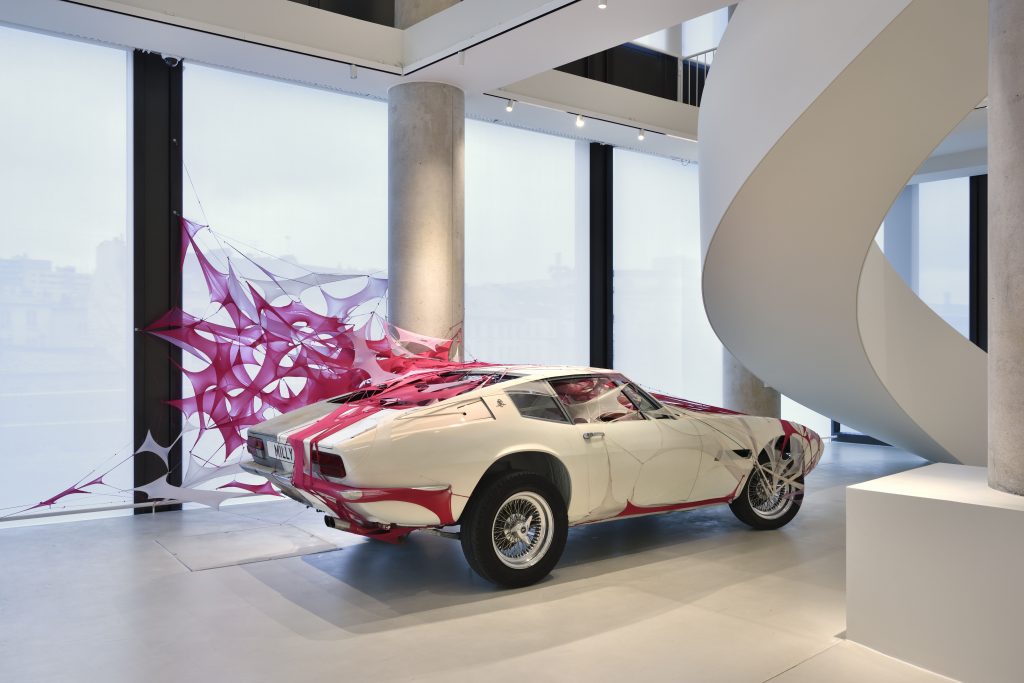 And the area she chose on avenue de France in the 13 th arrondissement, is finally developing into a fun quartier with Flammarion and Editis publishers having moved there, the large movie theatre MK2 Bibliothèque and the wonderful group of food courts owned by Tigrane Seydoux La Felicità, nearby. Not to mention the Bibiliothèque Nationale de France which has fascinating exhibitions all year round. The building is dedicated to social housings and it is typical of this original lady, who was raised in the very bourgeois town of Versailles, with her brother the famous Olympics sailor Bruno Troublé, to open the most sophisticated cultural center in a popular space. 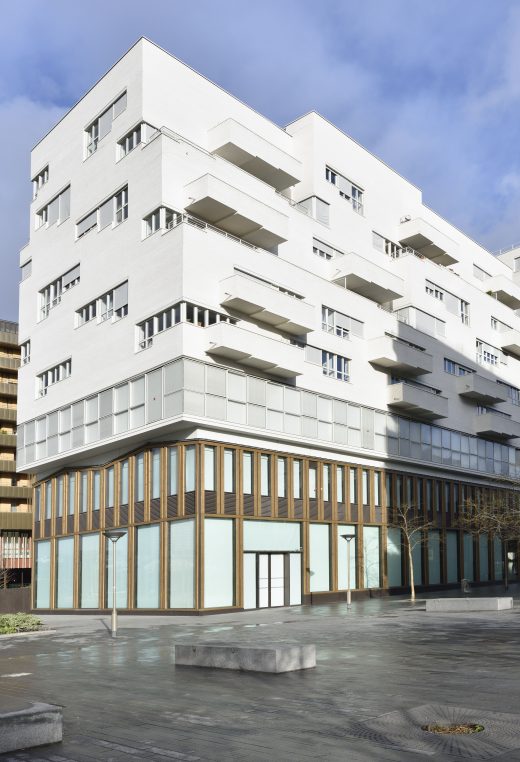 This social housings building was designed by Augustin Rosenstiehl. La fab is on the first and ground floors. © Rebecca Fanuele.

Agnès b. used to dress at the flea market and was spotted there by an editor at Elle magazine who hired her. Soon, with her twins born when she was 19, she moved on to designing with Dorothée bis and other young fashion houses. In 1975, at 34, she opened her fist boutique on rue du Jour in les Halles, which would be followed by an art gallery in 1984 and a first shop in Soho in New York in 1983. 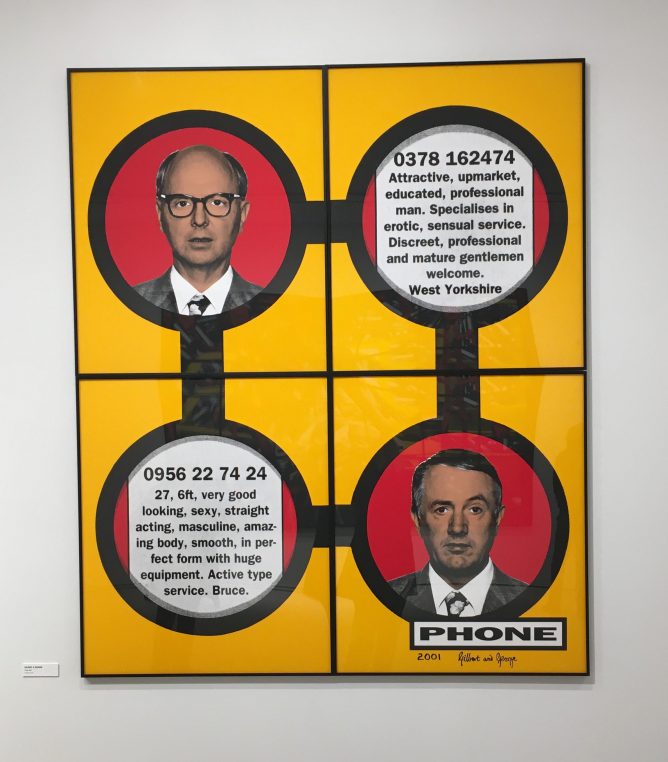 These were the years of Aids, when gay men were ostracized and when Father Gérard Bénéteau, the Oratorian curate of Saint Eustache across the street, started giving proper funerals to aids victims. Agnès b collaborated with him to raise money and rue du Jour became a haven for all. You can read the whole story in Bénéteau’s amazing book “Journal d’un curé de ville“. 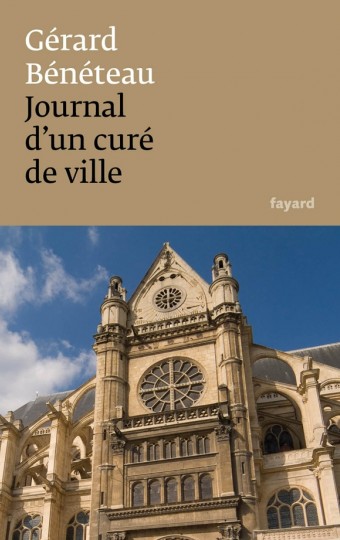 I discovered African photographers thanks to Galerie du Jour which exhibits every year at FIAC and ArtParis, Malick Sidibé, Seydou Keita, Omar Victor Diop… Agnès b ‘s taste is personal and genuine, and this is what I like about her collection: famous artists hang beside unknown painters who attracted her eye. There is nothing politically correct about it and every piece in the show was selected by her. The space is large with works from all periods of the 20 th and 21 st centuries. 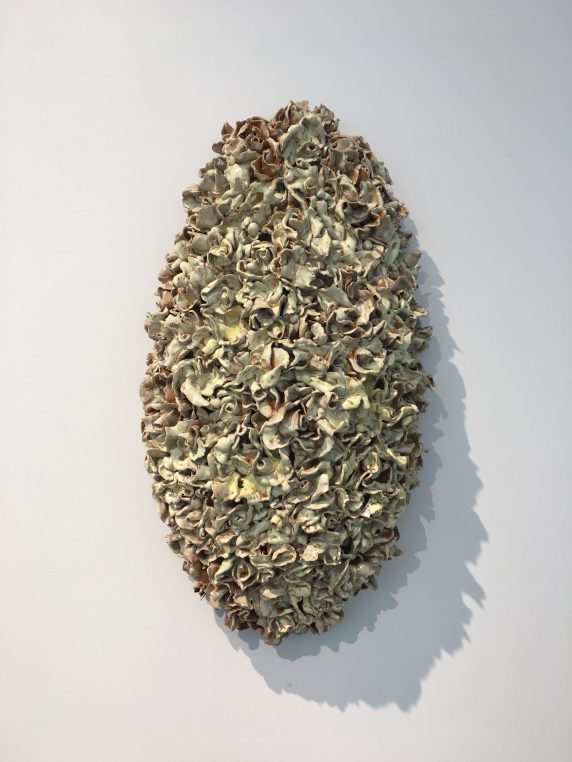 There is a feeling of total freedom in this art space: the visitor is allowed to hate or to love each piece which is offered for the pleasure of the inquisitive eye. And it is more of a delightful walk through creativity than anything else. The light of this modern building is excellent of course and the brand new surroundings give a special energy to the place. 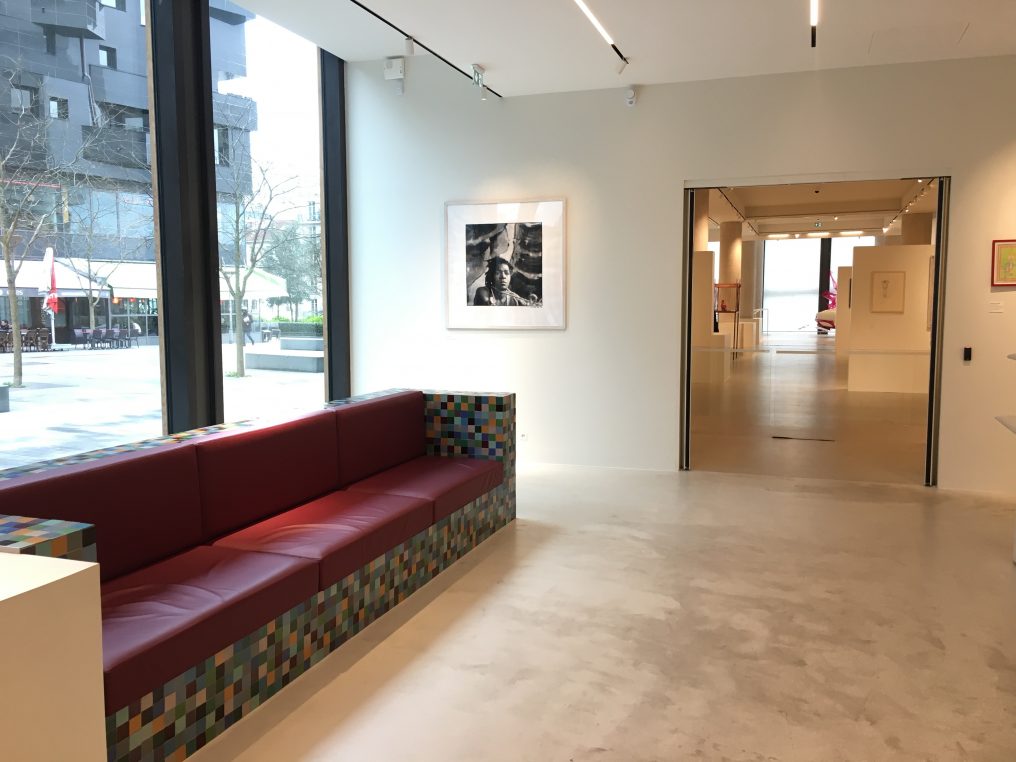 In the entrance, a very long sofa faces the rich art bookstore.

Agnès b has managed to create a gallery which looks like her. Open, smiling, personal, unpretentious. At a time when her son Etienne Bourgois, manages her company, she can devote her imagination to her collection. For our greatest pleasure.

La fab is closed of course at the moment but will be perfect for a visit this summer, on place Jean Michel Basquiat Paris 13.

One Comment on “Agnès b moves East to the Grande Bibliothèque”