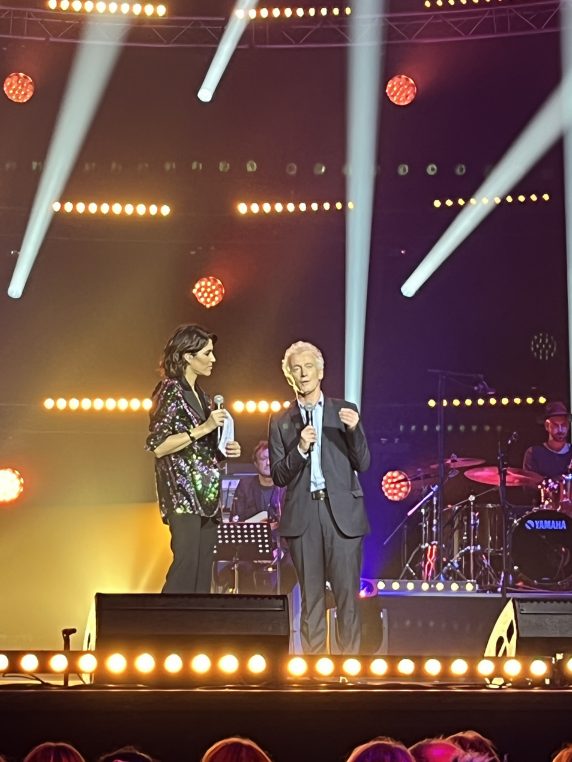 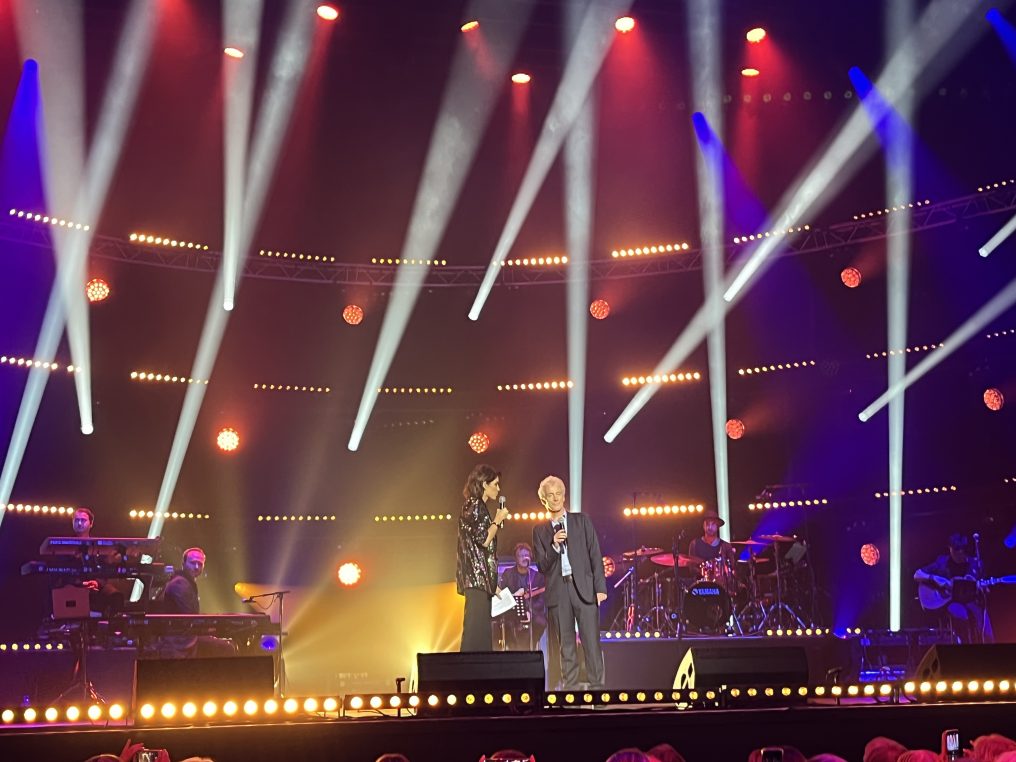 Two events this week cheered me up amid the horrific news of strikes, fuel shortages, war, and mostly the 12 year old young girl who was murdered on her way back from school, by a sick woman in Paris. “Leurs voix pour l’espoir”, a concert of French singers  produced by the charming Laurie Cholewa took place for the tenth time at l’Olympia. Laurie, who lost her father at a very young age from pancreatic cancer, organizes this event every year for Fondation A.R.CA.D (Aide et Recherche en CAncérologie Digestive), the digestive cancers Foundation which funds clinical research and provide information for the patients as well as raise awareness, prevention and screening in the case of colorectal cancers. Daniel Levi, a faithful supporter and one of France’s greatest musician and composer, died this summer of colon cancer and the evening was dedicated to him. 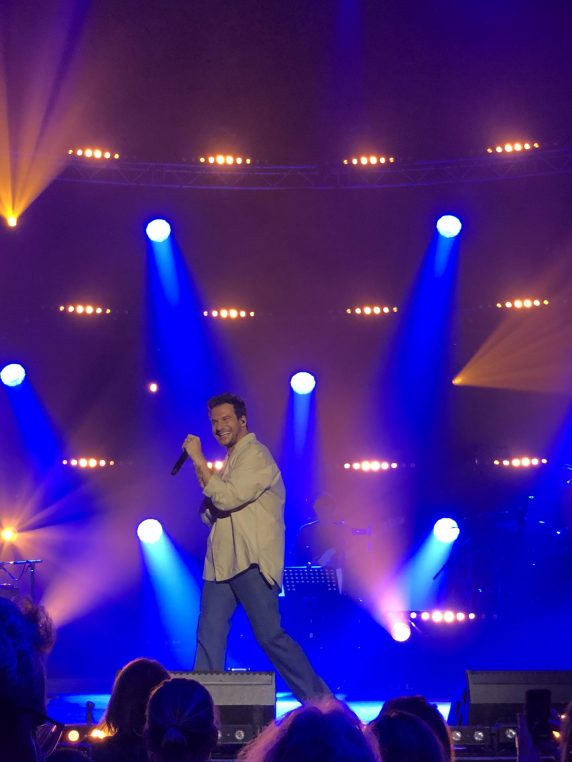 Amir (Haddad) was one of the most applauded singers

The evening included a number of fantastic songs by Amir, Marc Lavoine, Les Frangines, Natasha St-Pierre, Charlie Winston… and the audience of 2 000 could not refrain from dancing and screaming at their favorite stars.  A.R.CA.D is getting ready for November 17 th which is World Pancreatic cancer day, with many operations all around the country and its director Dr Lama Sharara has been asked to speak in front of the European Parliament invited by Digestive Cancers Europe. Only 5% of patients survive this type of cancer and fifty of them had met at Hôpital Paul Brousse last Monday to discuss their issues with Professor Pascal Hammel. Professor Thierry André from Hôpital Saint Antoine, Professor Jean-Baptiste Bachet from La Pitié Salpêtrière and the surgeon Professor René Adam, from Paul Brousse, were all present to support this amazing event. And they were dancing along… It was an incredible moment of sharing and generosity from Laurie Cholewa, the producer of the evening, all the singers who appeared for free and the oncologists who came from their different hospitals after a long day of work. Amir was one of the singers to share  his gratefulness towards A.R.CA.D and its team for the help he received for a member of his family. The atmosphere was so cheerful that during three hours one forgot about all worries. Cancer matters can be fun sometimes… 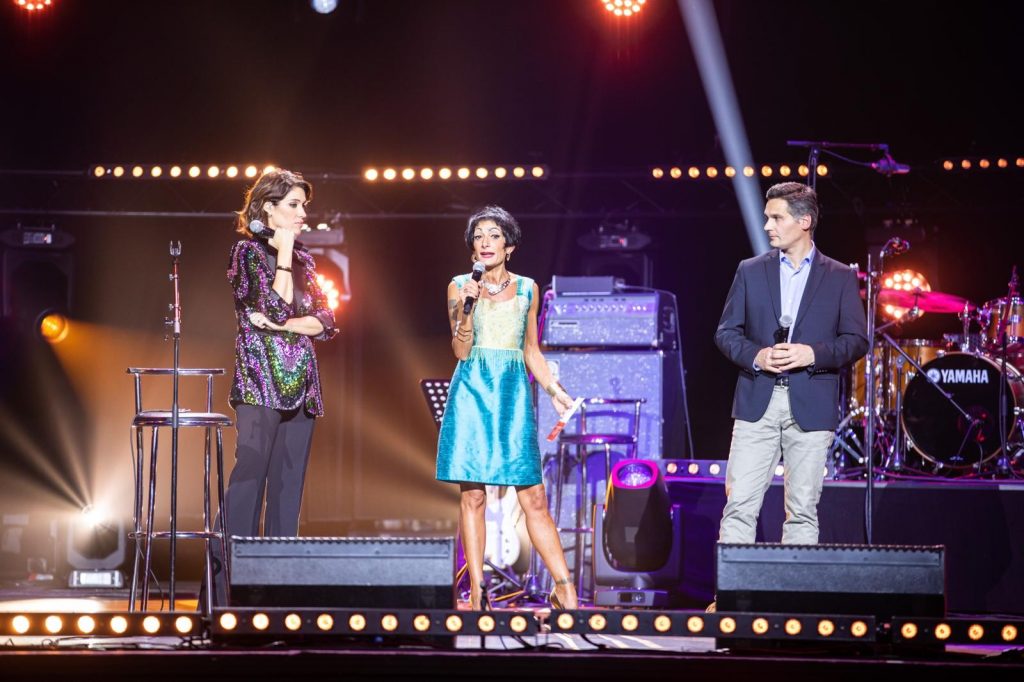 Lama Sharara director of the A.R.CA.D foundation and Professeur Baschet talked about the research of the foundation

The other heart warming event was the Ballon d’Or, awarded to Karim Benzema at Théâtre du Châtelet also last Monday. The French player who is an attacker for the Real Madrid was sacred best soccer player twenty two years after Zinedine Zidane won the title… He is the fifth Frenchman to win it.

I am not a soccer specialist but I admire all forms of sports excellence… And to have another  French success at soccer is a relief.

One Comment on “Amid the crisis, there are some wonderful moments…”