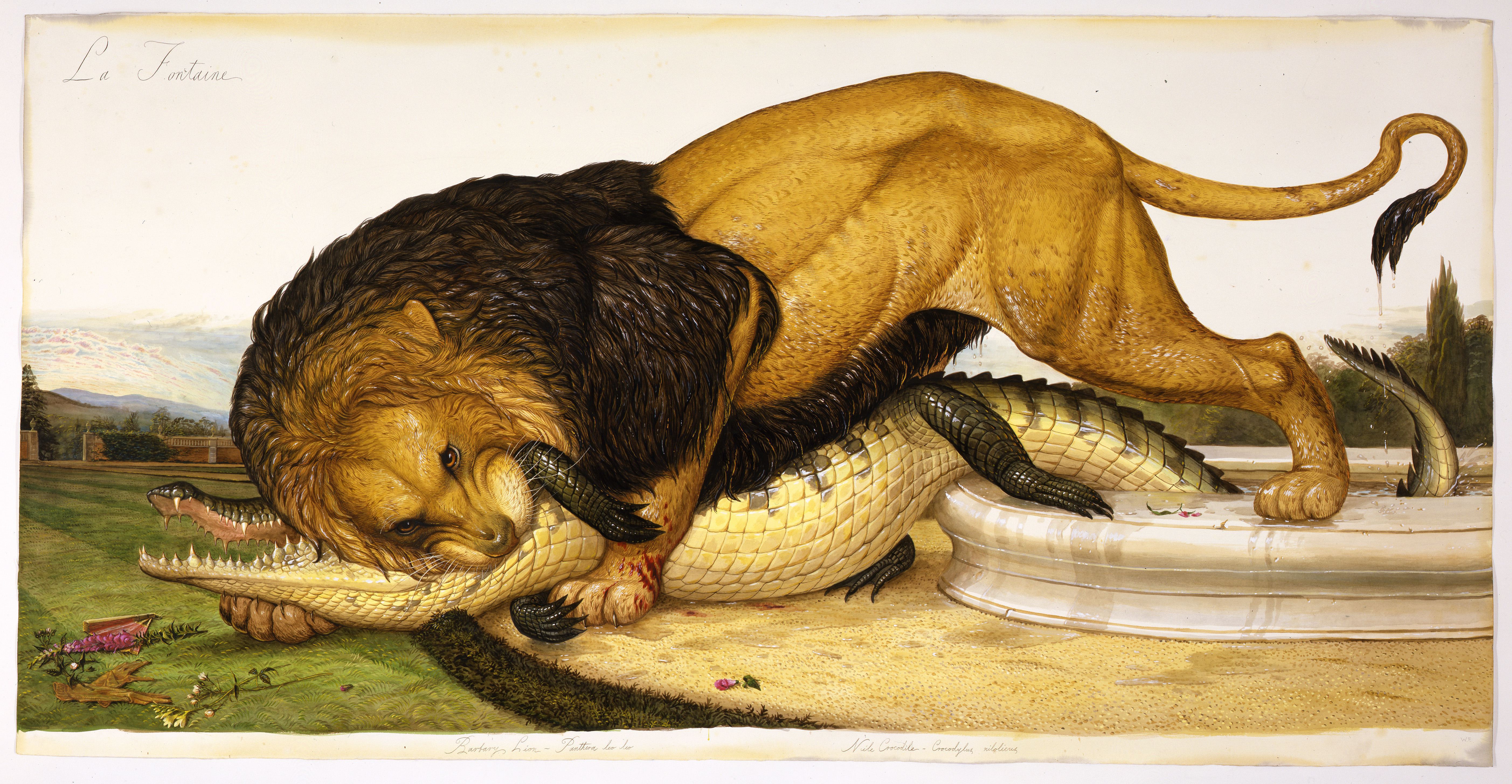 To run a museum called Musée de la Chasse et de la nature is not always easy at a time when French people consider this a leisurely activity for the very rich… But Claude d’Anthenaise, the director who restored this beautiful hôtel particular in the Marais, has managed to always keep our minds excited with temporary exhibitions, on the ground floor and all around the three storeys of the building. After a playful show of Cibles (painted shooting targets) which came mostly from Germany, and Danish artist Lin Utzon last year, he surprises us once more with Walton Ford, a fabulous New York water colorist who had never been shown in France. 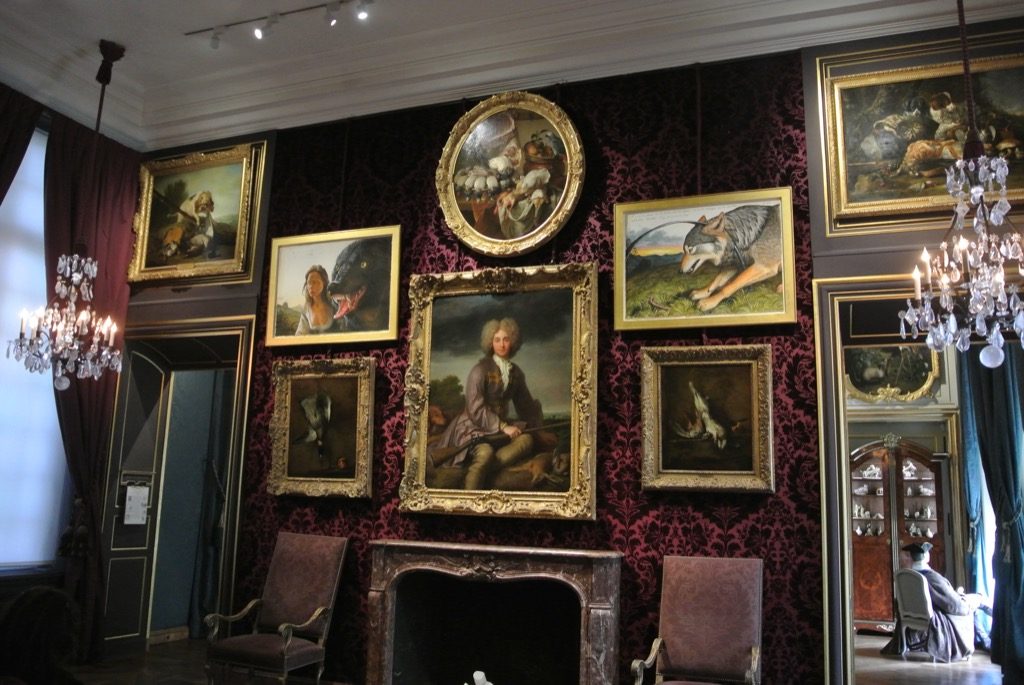 Mixed with paintings from the Museum, the Walton Ford watercolors stand out

Born in 1960 in a family from the American South, the artist discovered wild animals at the American Museum of Natural History in New York at the same time that he saw King Kong at the movies. After college at Rhode Island School of Design, he started painting monumental wild animals, inspired by 19 th century zoological plates. The result is a constant surprise created by these fairly classical images that have a contemporary art, cartoon-like feel. 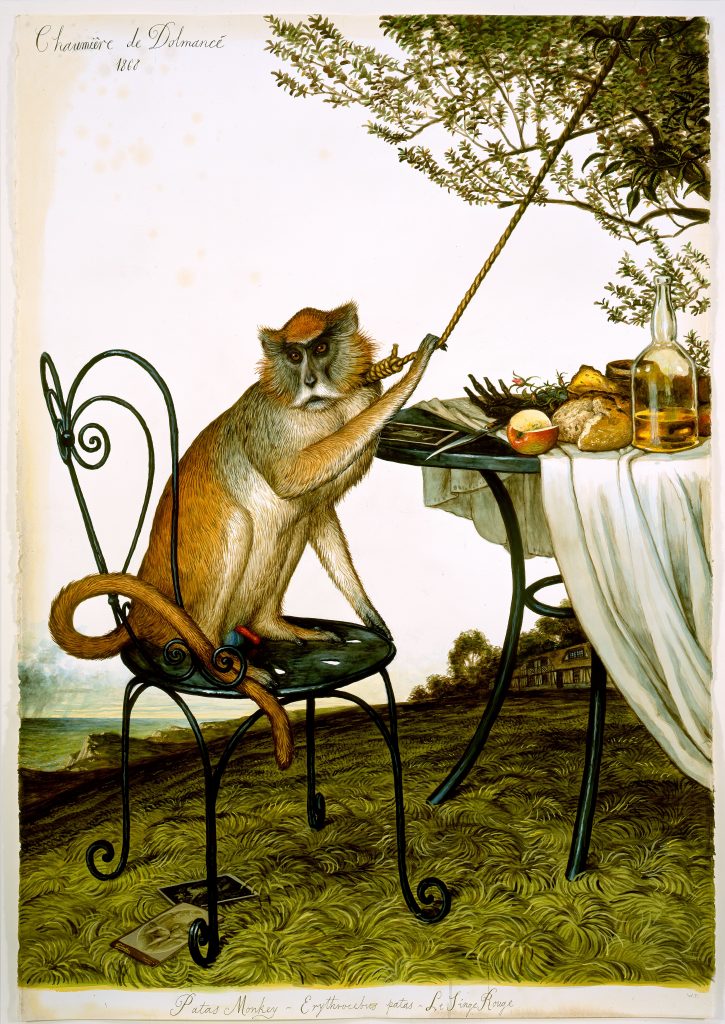 When Jérôme Neutres, a former cultural attaché in New York, introduced him to Musée de la Chasse, he fell in love and decided to create ten paintings especially dedicated to its spaces.

The result is a large exhibition of 20 monumental works in one room downstairs and all across the collections of this immaculate Museum. If you have never been, it is the occasion to discover pure 18 th century decors and the most striking collection of hunting and stuffed wild animals.(62 rue des Archives, closed on mondays, until February 14th, 2016) 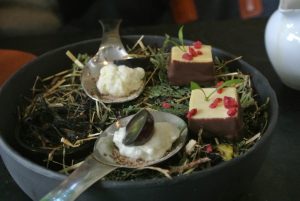 These come with coffee at Dessance

And on the way out, indulge in one of the desserts of Dessance, a trendy restaurant next door, that aims at making you eat only sweet. I found it a little too much to taste five desserts for lunch but do have tea there or just a couple of their very special creamy eats…it is super trendy and a whole new culinary experience. 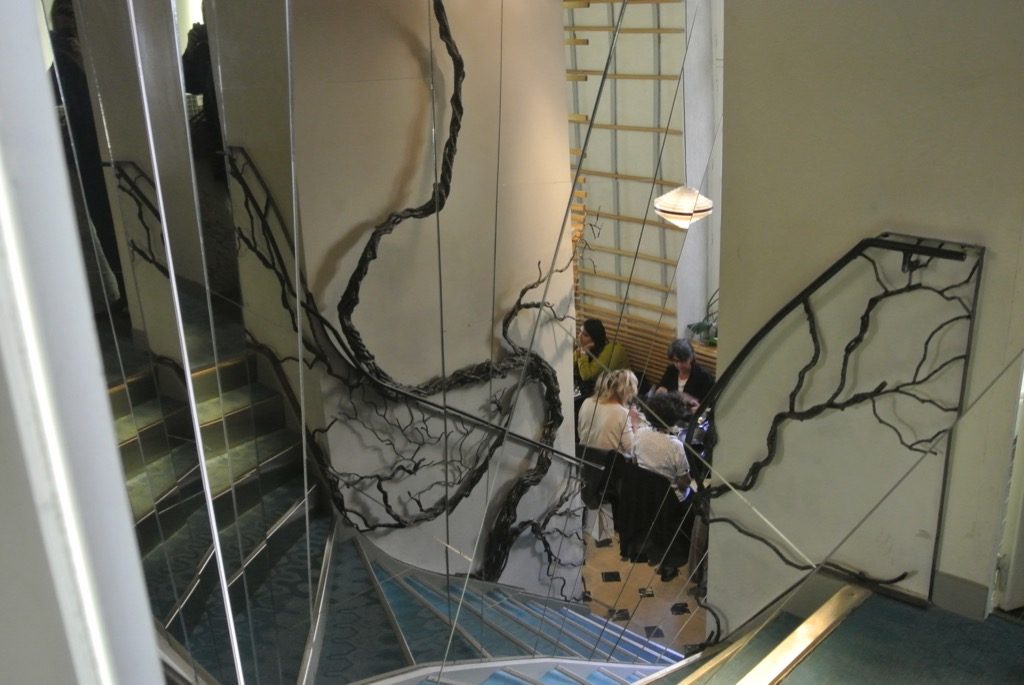 3 Comments on “An American at Musée de la Chasse”