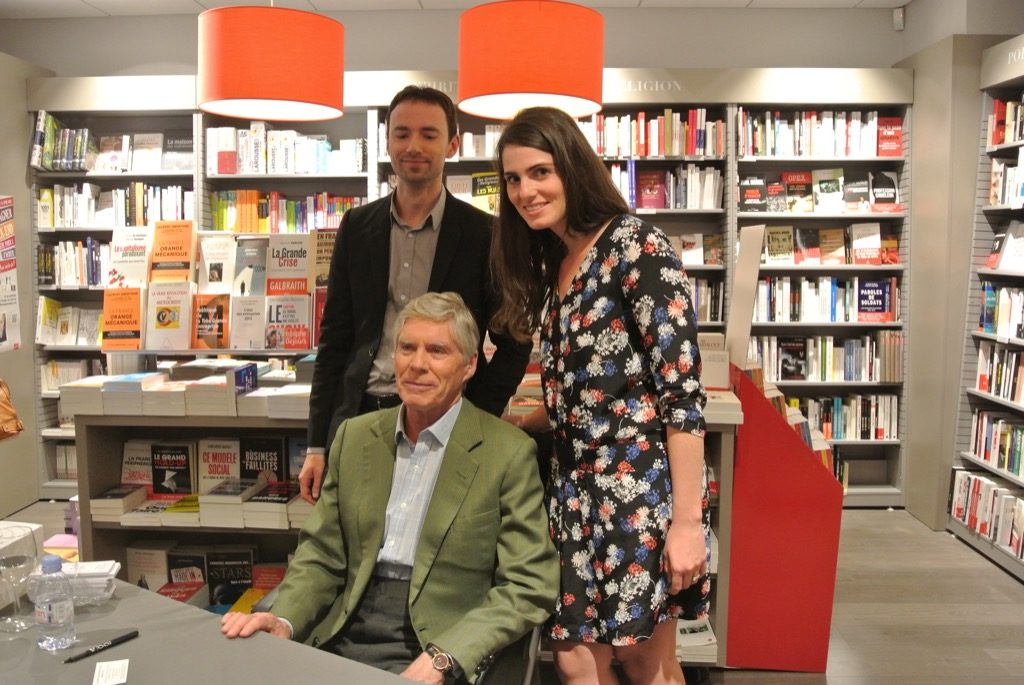 Gerald Shea with his editor Gregory Martin and his good fairy, Aurélie Delfly

The Albin Michel bookstore was ready for Gerald Shea’s book signing event on boulevard St Germain. Guests were arriving, the white wine was chilled, books were piled up on a tidy table. But the author was nowhere to be seen. He had been kept at Canal Plus television, for the taping of a top Saturday night broadcast with Thierry Ardisson! where he sang “Oh what a beautiful morning” fem the musical Oklahoma and imitated President Kennedy, live. 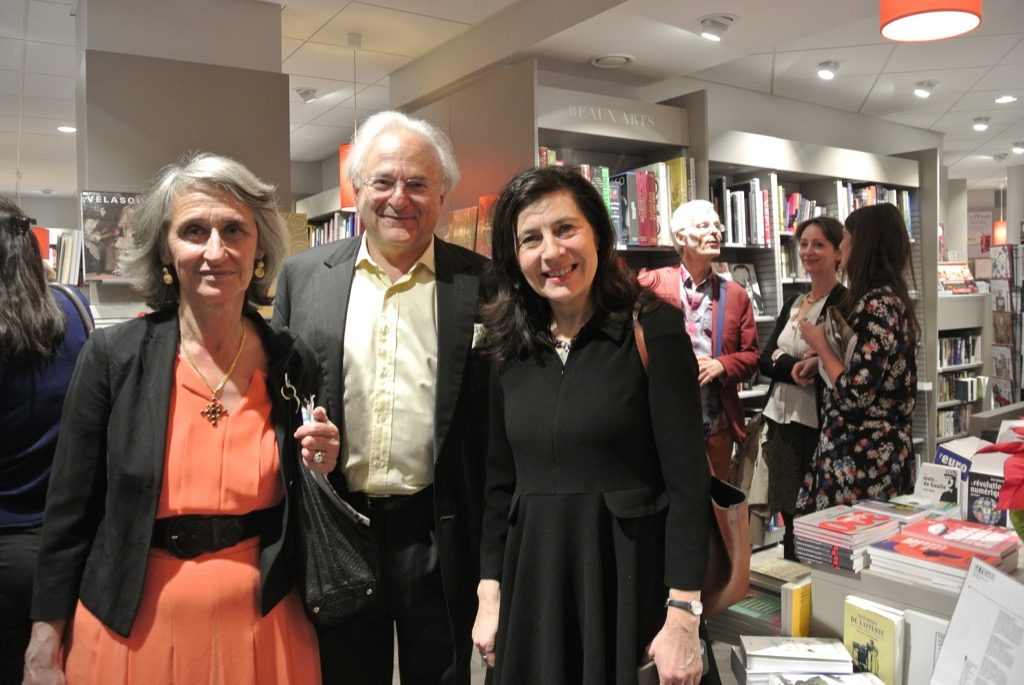 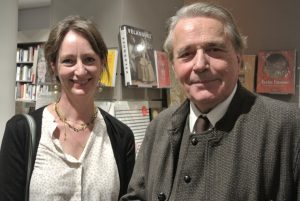 Bored by the wait, diplomat and writer Alain Briottet, went to buy le Monde and sat in a café next door. And…suddenly realised, that the book he had come to buy « La vie malentendue » Ed. Vuibert (Song without words), was reviewed on the whole length of a page of the daily newspaper. Novelist Agnès Desarthe had obviously been bewildered by the amazing translation on which Pierre-Emmanuel Dauzat and his wife had slaved away for over a year, almost giving up a number of times, for the theme of Gerald Shea’s book is a beautiful tale of mishearing consonants most of his life. 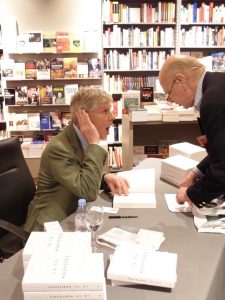 The author with Jacques Thorin

He discovered his partial-deafness at 33 while undergoing a medical check up. Until then, he had constantly taken notes from his professors at Yale College and Columbia Law School or his partners in the law firm, with huge mistakes due to mishearing. A singer in the Whiffenpoofs, a brilliant student and lawyer nonetheless, he had so far gone through life just working twice as hard as everyone else. 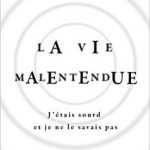 In retracing this very tiring process, Shea talks about what he calls his lyricals, the sentences he thinks he hears. Like when his doctor says : « I am afraid we have mad ooze.  mad ooze pad bad oo-bad news. You are pretty death ». He reconstructs the sentence as he should have heard it. Can you imagine translating these lyricals into French ? well that is exactly what the translators achieved. A hard working miracle. 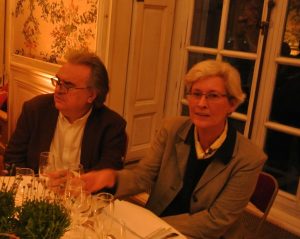 The book, which was first published in the United States two summers ago by Da Capo Press, is starting its French career under good auspices. Super agent Anna Jarota returned from London especially for the launch, Aurélie Delfly and Gregory Martin from Editions Vuibert, were beaming with joy over the queue of readers who lined up for the signing. 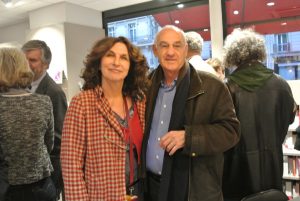 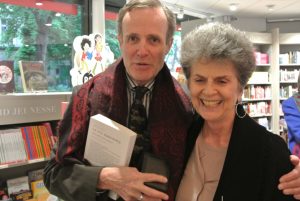 It is the true story of someone who has managed to turn his handicap into strength of character and appetite for life and one gets a real boost from it. I loved it in English and again in French ! oops… I forgot to tell you that Gerry Shea is my brother in law…

4 Comments on “An author, a translator and a great book!”