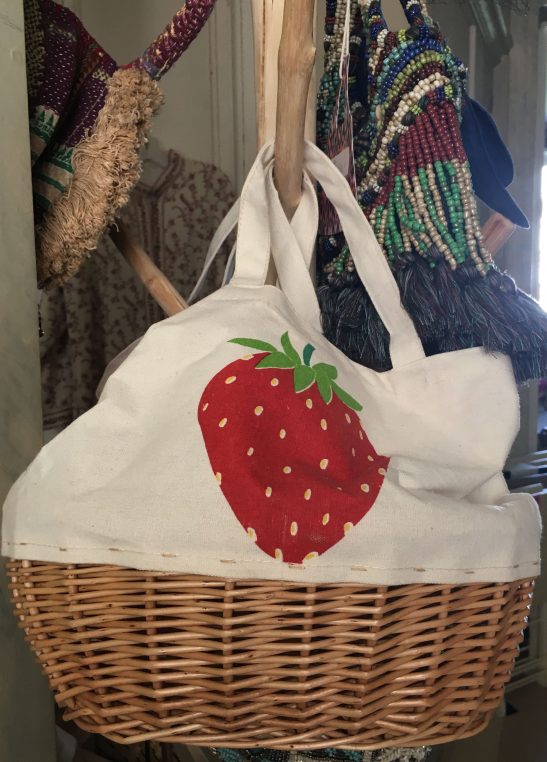 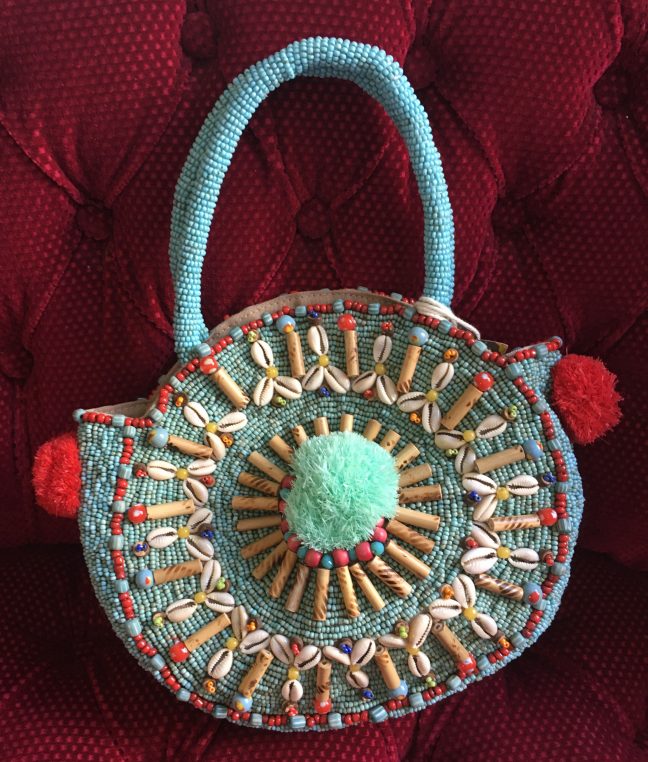 Since she opened Juste Mauve on rue Greuze in 1973, Anne Marie de Ganay has always surprised me with her eccentric and refined taste. Born in a French aristocratic family with Argentinian connections, she was raised in English and was nicknamed “How do you say begonia in French” (it’s the same word) when she was a debutante. She has closed the shop since, but has kept private sales twice a year and provides the best presents for people like me who spend the summer as an itinerant guest all around France. After the confinement, she is putting everything on sale at 40%. I went to check before it opens this Tuesday and there are wonderful finds.

During the sales, which will last all of June, her apartment is transformed into a super luxurious flea market with jewelry, plates in melamine, handbags, foldable tables, tulip vases Dutch style and very pretty summer dresses. Because her taste is impeccable and quite international, Anne Marie finds necklaces in England, bags in Spain, dishes in Italy, vases in Holland and of course numerous tunics and shirts in Morocco and India. 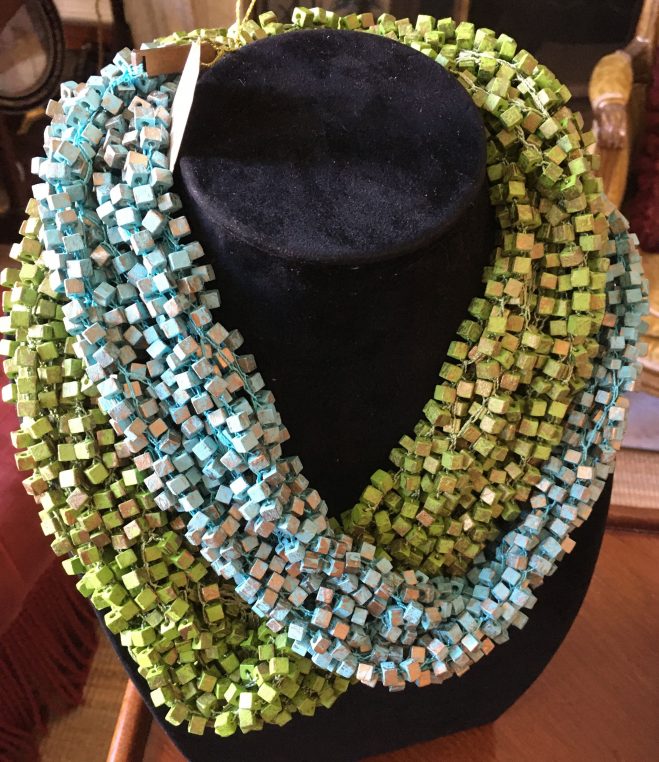 A very long bicolor necklace at 180€

I particularly liked the cotton and straw bags for the beach, embroidered with fruit at 40€ and the very light gold bangers at 24€. And also the clever portable tables for two at 170€ which are great for cocktail parties. You fold them in your cupboard and can install them in your apartment everywhere for people to sit down. They were the furor in the 70’s… The “tulipiers”, Delft tulip vases which were originally made in the 16 th century and are visible in all Dutch paintings of interiors, come in three sizes from 60€ to 200€. They were conceived to show each flower individually since they were very precious at the time! and provide a very decorative effect on a terrace or in a dining room.

There are large and very becoming earrings from Brazil and Japan, garden gloves and of course the plates and dishes in melamine, a sophisticated plastic which can be used for dining outside. With fish and vegetable or rabbit themes, they are irresistible. 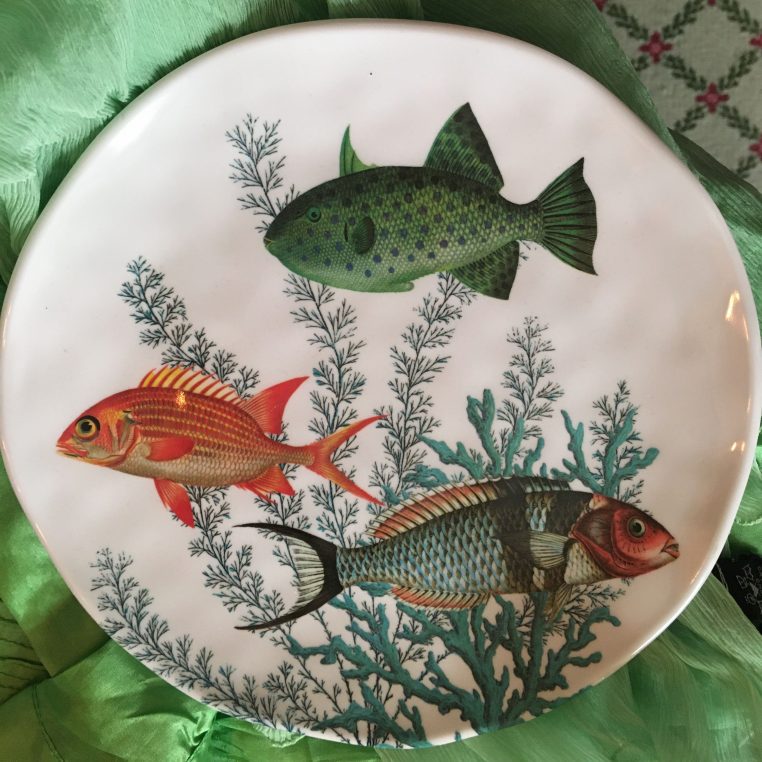 You need to make an appointment because of health security reasons at 0610481732 there will be only two customers at a time. Juste Mauve, 96 rue de Grenelle in the 7 th. And you will be surprised by the pretty setting.

3 Comments on “An exclusive sale for women with taste”