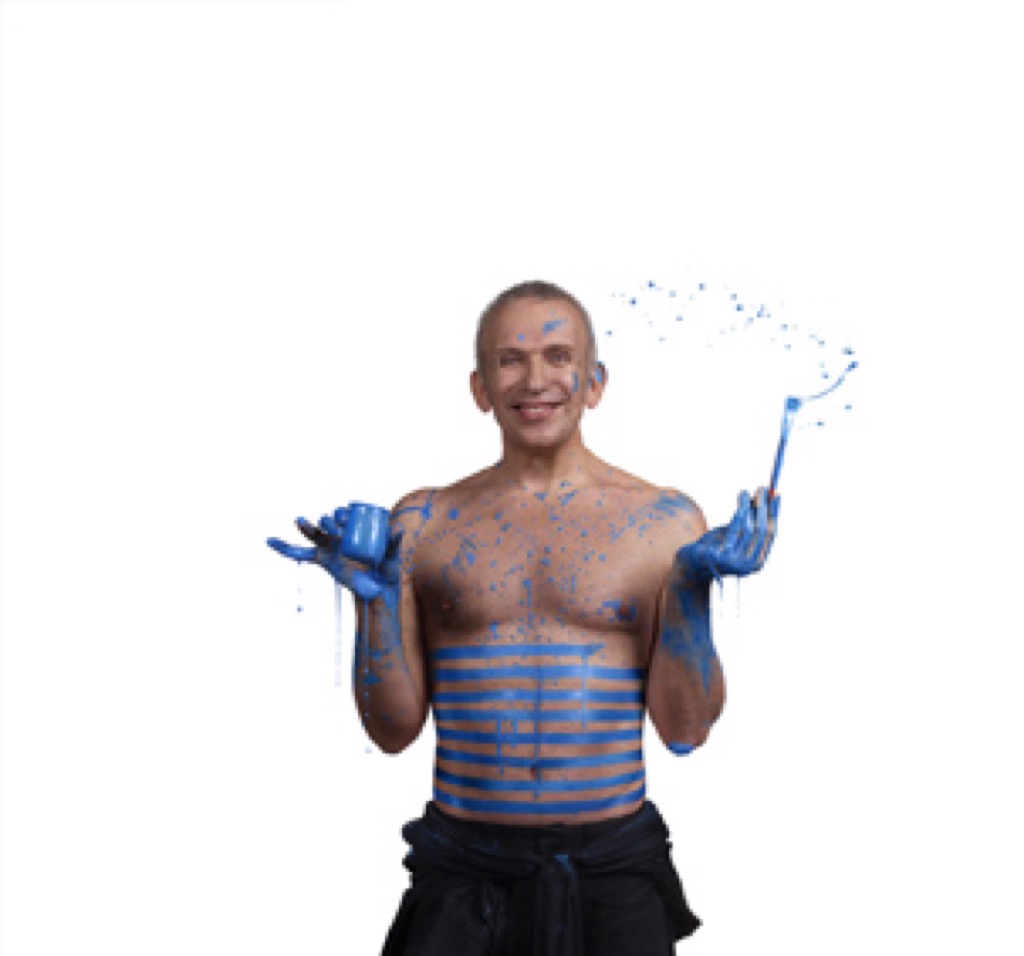 Jean Paul Gaultier is one of the rare French Couture designers to have been around for more than forty years and to have kept its inventively, sense of humor and modesty all along. After a world tour of 9 cities, (Melbourne, San Francisco, Brooklyn, London, Madrid….) this show is finally landing in Paris at Grand Palais, with special designs of furniture and the narration of a fashion show by Catherine Deneuve.

After having audaciously skipped the line, Condé Nast fashion editor Suzy Menkes was leading the group into Room 1, where the first dress Gaultier designed, a look alike Virgin Mary (with bare breasts), « Robe bénitier  Sainte Nitouche» faces a black and white photograph of Gaultier at 12, dressed in white for his catholic Communion. The ambiance is set : mild irreverence and yet respect for his childhood loves (the film « Falbalas » and his grand mother’s beauty parlor). Gaultier started dressing his teddy bear with newspaper pointed bras when he was five in 1957, became Pierre Cardin’s assistant at 18, created his own brand at 24. 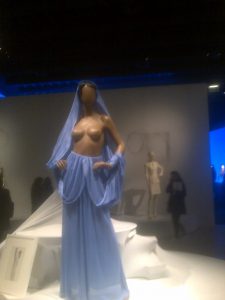 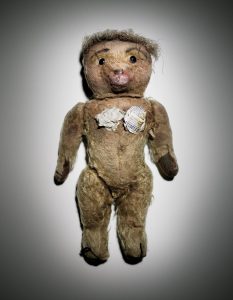 “Nana” photographed by Emil Larsson: at 5 Gaultier had already designed a paper pointed bra for his teddy bear.

Neon signs name the rooms, Jolicoeur presentation models are animated and speak to you, blinking their eyes as if they were alive, and everyone smiles while listening (thanks to Denis Marleau and Stéphanie Jasmin ). « Pigalle», « Paris secret», « La concierge est dans l’escalier », the names of his dresses are all researched and funny. 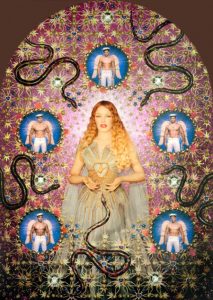 Many photographs by Peter Lindbergh (Cate Blanchett), Steven Meisel (Linda Evangelista), Mario Testino (Kate Moss) show how versatile and successful Jean Paul Gaultier has been early on in his career. Madonna is there and so are Cindy Sherman, David La Chapelle and Pierre et Gilles. If you want to relax after seeing Velazquez, next door, you can buy a pass for both exhibits. (Until August 3)