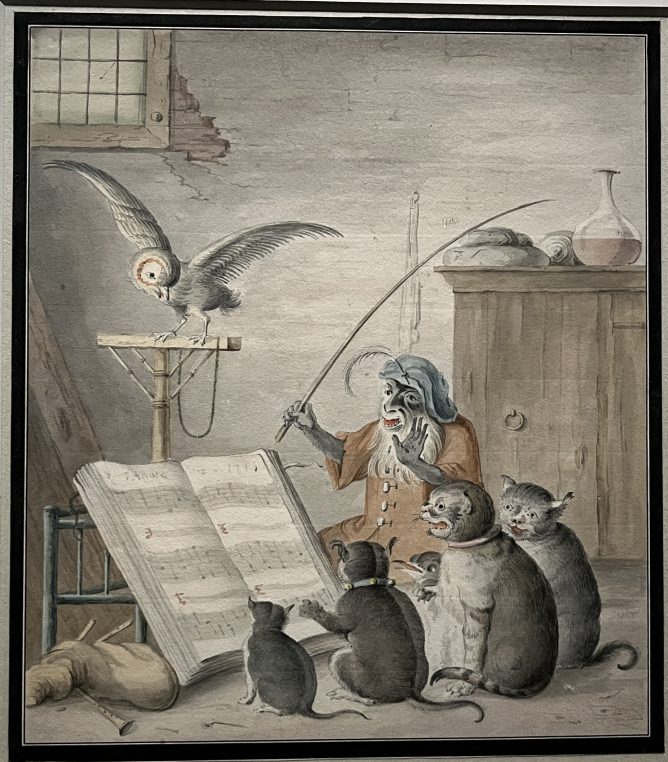 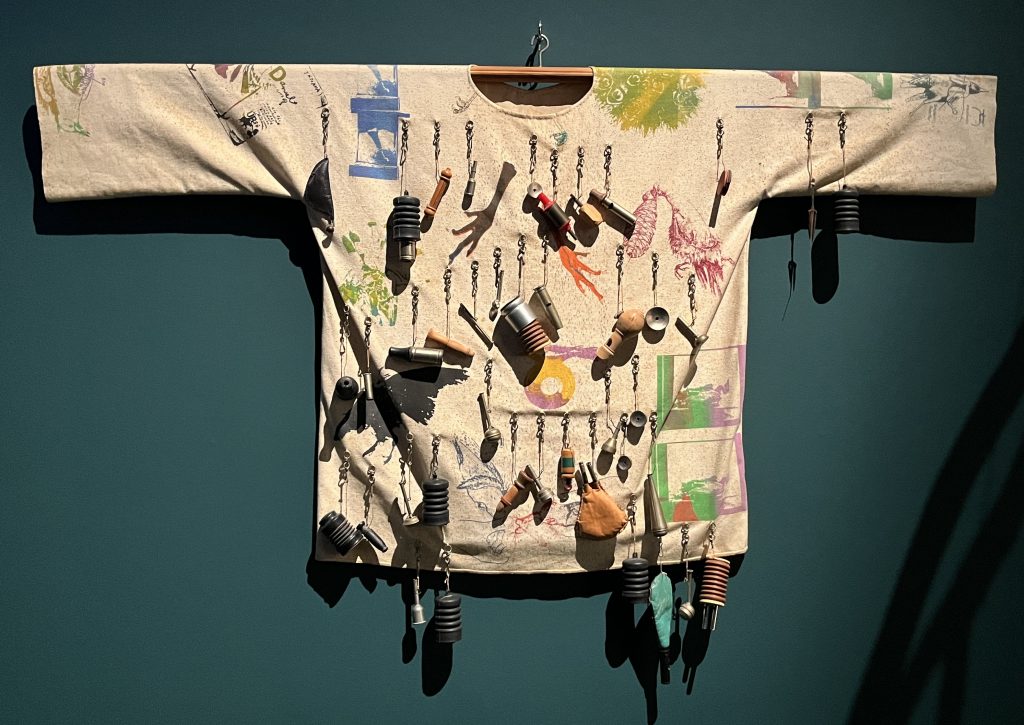 As you now know, I am a great fan of Jean Hubert Martin, the very original museum curator who stages exhibitions in every country. So when I heard that he had opened a show on musical animals at Musée de la Musique (which is run by his homonymous colleague Marie-Paule Martin), I immediately rushed to porte de Pantin. “Musicanimale” is a great  audible bestiary with sounds and images from the rutting of the deer to the songs of extinct birds. Because he is a contemporary art expert, he has included many pieces by Daniel Spoerri, Nelly Saunier, Gloria Friedmann, Julien Salaud, Alain Séchas, but also Swiss coucou clocks, a partition by Olivier Messiaen and videos of an owl by Bertrand Gadenne.

The visitor has to wear headphones and plug them in, in front of most images, to hear the sound of each particular work. But there are also many videos and musics throughout the exhibition. Since it is the period for hearing the deers rutt at night, I particularly liked Gloria Friedmann‘s “Envoyé spécial”, a naturalized deer standing on old newspapers. A chapter on cockerels singing at dawn is celebrated by a video by Koen Vanmechelen,  “Calling the World”, choreographies including animals, porcelain animals dancing and playing instruments, a polyester cat guitarist by Alain Séchas, are mixed with old engravings and paintings. I loved the cats organ by an anonymous 17 th century painter: each cat has his tail coming out of a wooden box. The organist pulls the tails individually which makes the animals miaow. 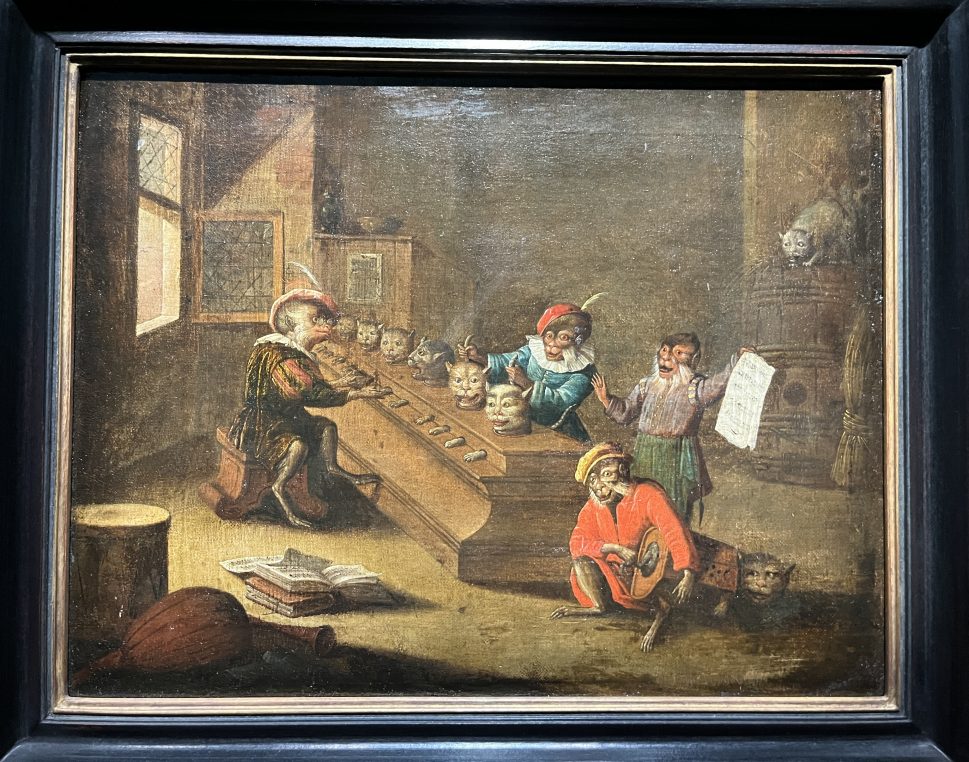 The great originality of the show is obviously the mix of classical paintings and of contemporary installations and sculptures. It takes place in the Philarmonie de Paris, the building created by Jean Nouvel and where wonderful concerts take place. It is definitely a center for children and a popular public to discover art and music and the theme of the exhibition is environmental and politically correct.

But thanks to the curators, a sense of humour is injected in every chapter. Based on the alphabet, the different sections are as diverse as Papageno’s costume designed by Jacques Drésa, for the Magic Flute at the Paris opera in 1922, or the fabulous section on alpine bells (sonnaille)  carried by the cows during the transhumance. Diverse representations of a serinette, a musical instrument made to train a canary to sing, appear in a Chardin painting and as real instruments. 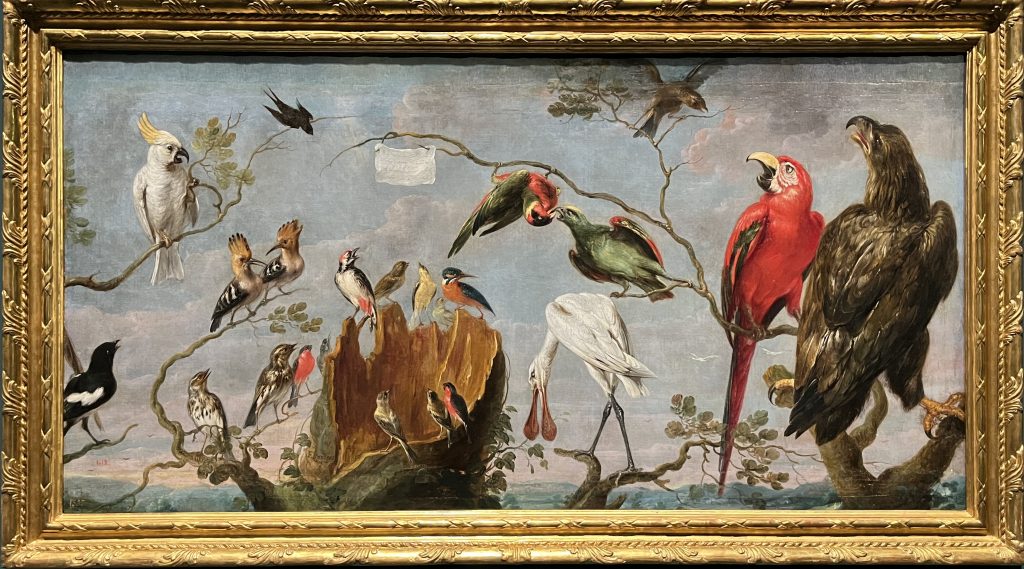 The show ends with ultra sounds and birds making sounds to attract their females in a sexual parade. It is a perfect outing with a child since images and sound are all very natural. 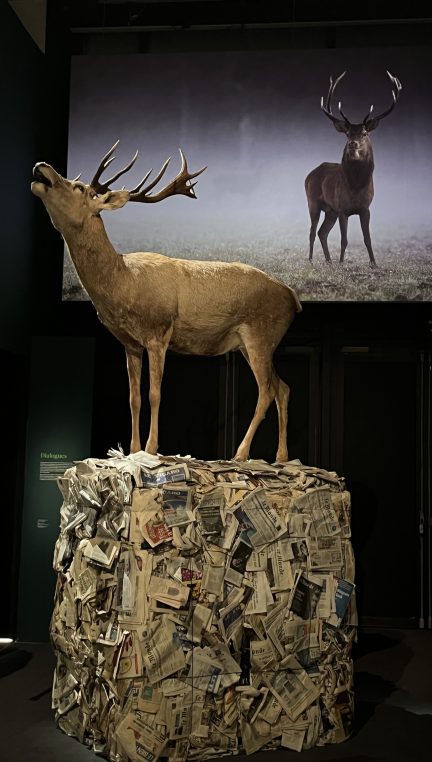 Until January 29 at Musée de la Musique, in the Philarmonie de Paris.