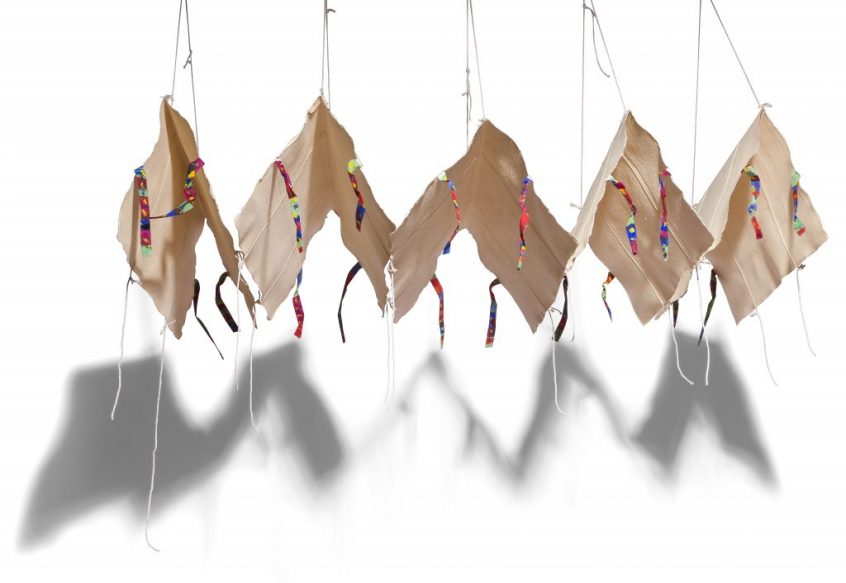 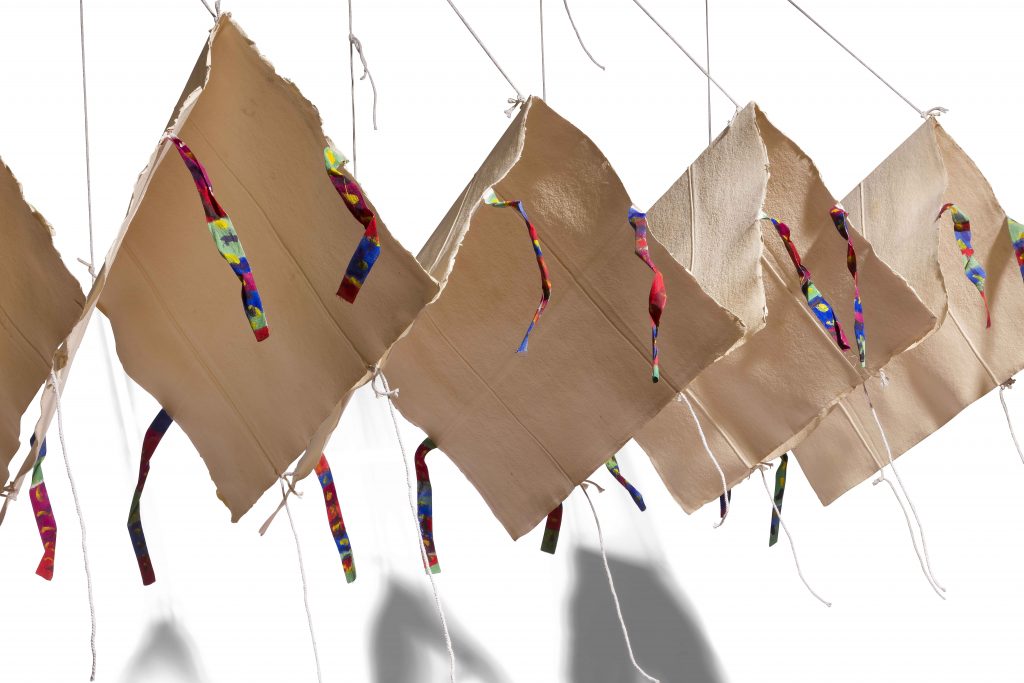 We all need something to look forward to at the moment and the auction at Hotel Drouot, on Friday 5th of  Anne Marie Milliot‘s studio from 1977 to 1985, is extremely tempting.  This little known woman who died last year, was a minimalist artist who assembled pieces of paper, of metal, with threads in different medium. 100 pieces are put up for sale,  some are multicolor, others are in natural beige paper or cardboard and they will be visible from Wednesday onwards at Hotel Drouot in Room 6 . 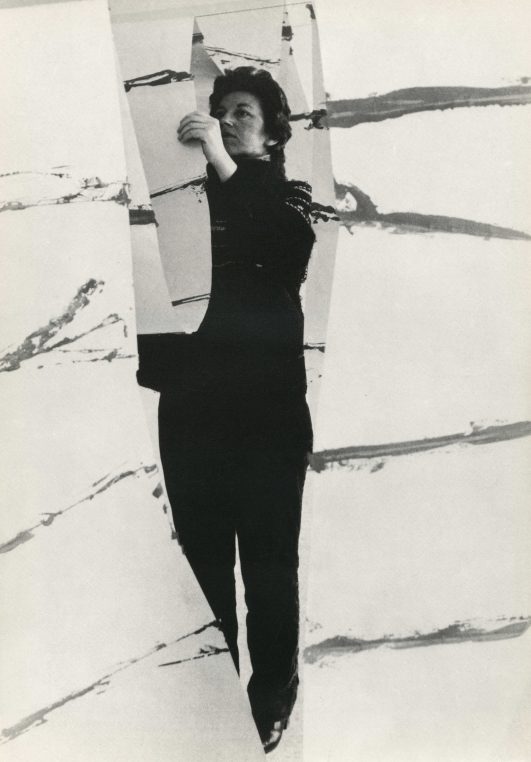 Anne-Marie Milliot, in 1982 while hanging the exhibition in Gennevilliers, photo Madeleine Van Doren

I was alerted to this sale performed by Ader, Nordmann and Dominique by Marie Noël de Gary who worked at MAD with the artist some years ago. She had been discovered by François Mathey the genius director of Musée des Arts Décoratifs. Marie Noël wrote an introduction to the catalog, an interview in which  Anne Marie Milliot explains how she uses paper as a free independent and flying material, which becomes alive under her fingers. 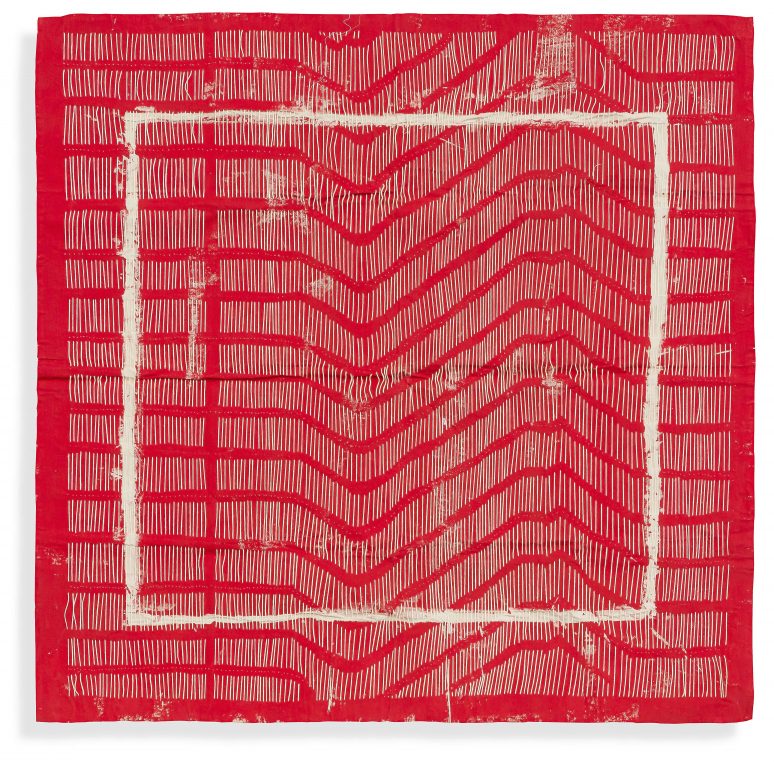 Anne Marie Milliot like Lucio Fontana, is very incisive with the paper, which she pierces with threads. But she also assembles it with threads and ropes. She braids cotton and even when she uses watercolor, it feels like she has woven the pieces not just painted them. Some of her works need to hang and to swing from ceiling to ground. I love her pink polyptic and her rectangles simply nailed onto the wall. She has worked for a paper mill, Moulin à Papier Richard de Bas, in Ambert (Auvergne) and this is where she was taught how to introduce a thread in the woven paper. She made a hundred sheets and went home to paint them. 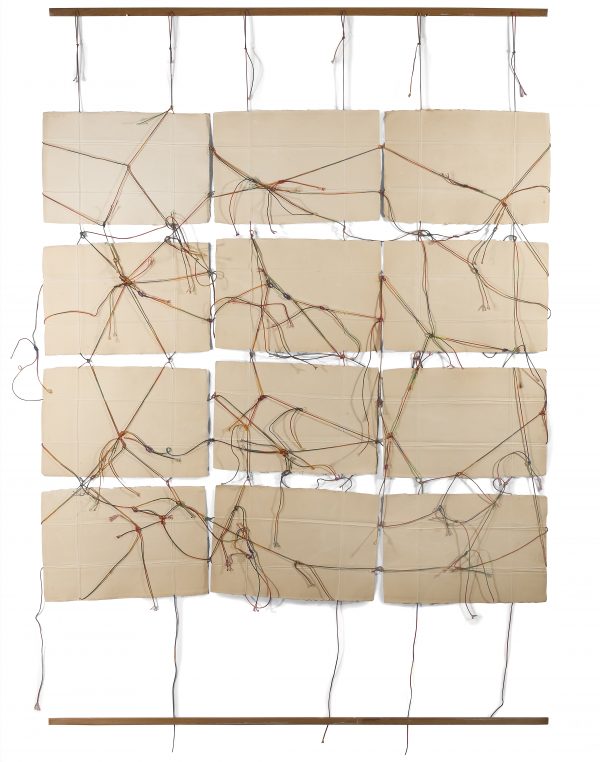 Her passion for assembling papers became frantic and little by little she introduced colored threads that she painted herself. Thus the diversity of effects with such simple material. Estimates are modest, starting at 250€ for watercolors and up to 3 000€ but some of the museums who neglected her talent when she was alive might wake up this time? 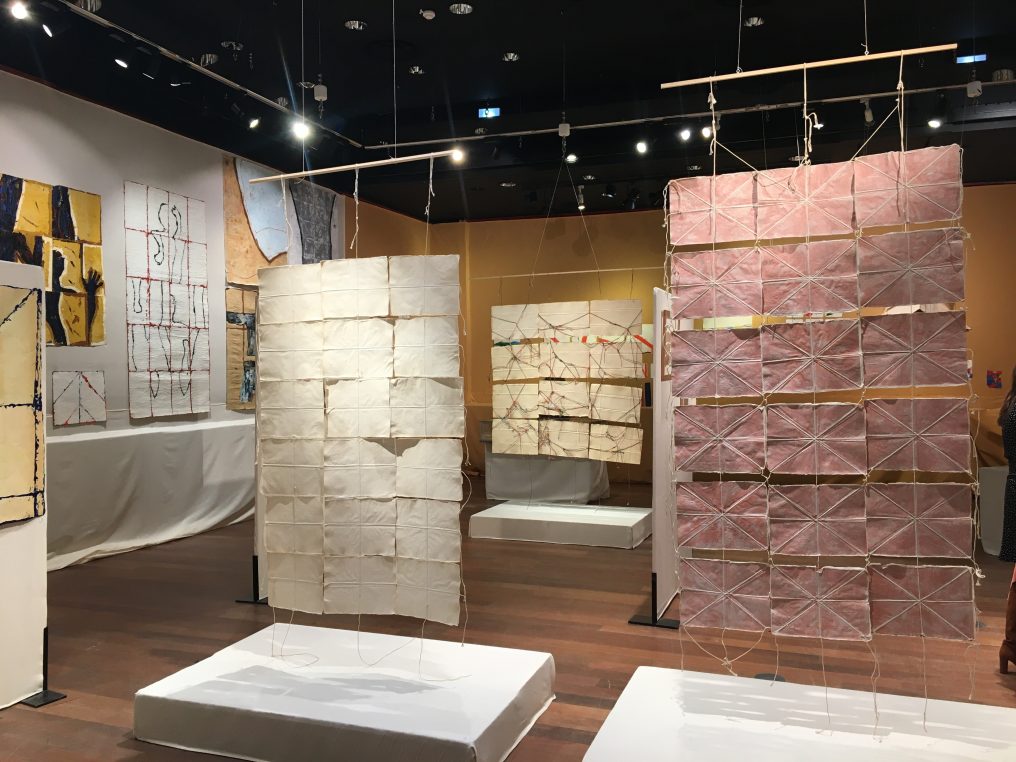 The room at Hotel Drouot

Do not miss the exhibition on Wednesday and Thursday at Hotel Drouot, Room 6 and if you can’t travel to Paris, you can bid on line on Ader’s website.