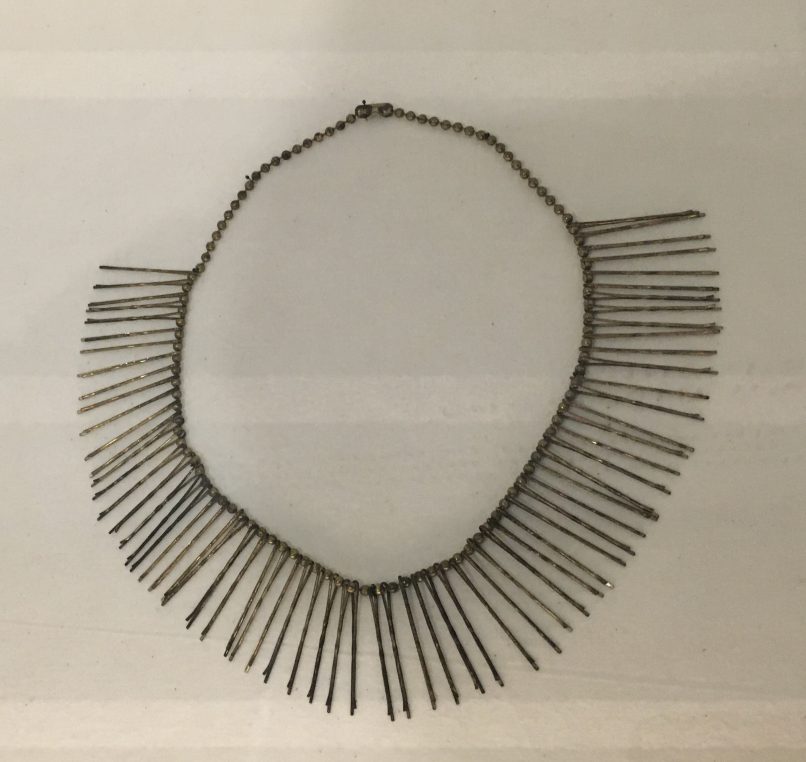 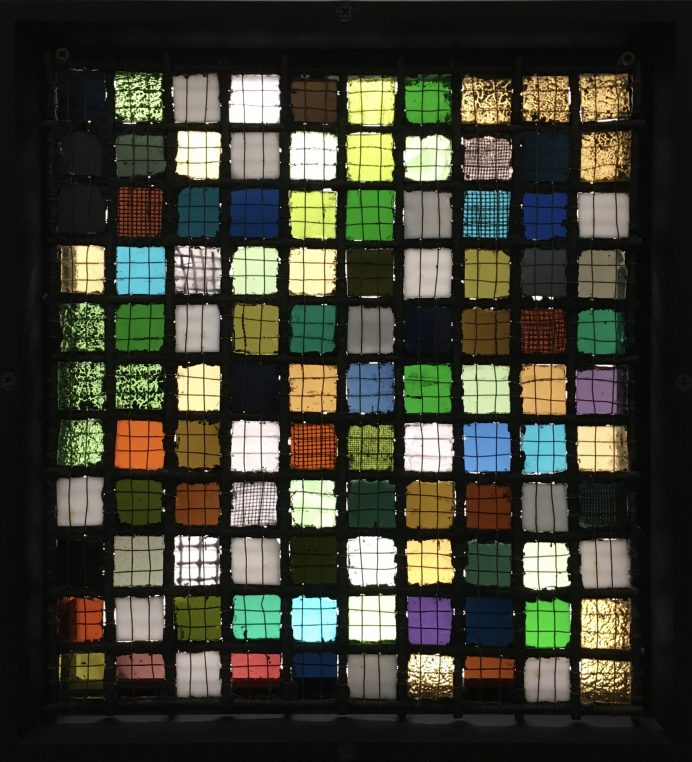 It is the most comprehensive show (150 works) of Anni and Josef Albers together and, “Art and Life” at Musée d’Art Moderne de Paris, was made possible thanks to the extraordinary collaboration between Fabrice Hergott and Nicholas Fox Weber, director of the Joseph and Anni Albers Foundation in Bethany, CT who declared at the opening:  “This is the realization of a dream”. He has known Anni Albers for the last twenty years of her life and remembers taking Josef, 87,  to the Metropolitan museum to see the new Islamic galleries the 1975. The experience of working for four years together (the show was postponed for two years) was so exceptional that a number of works by the two artists will be given to MAM by the foundation. We all know Josef Albers‘ design work and his major part as the Head of the Design Department at Yale University, but Anni’s tapestries and paintings had remained quite secret and the juxtaposition of the two is a revelation. 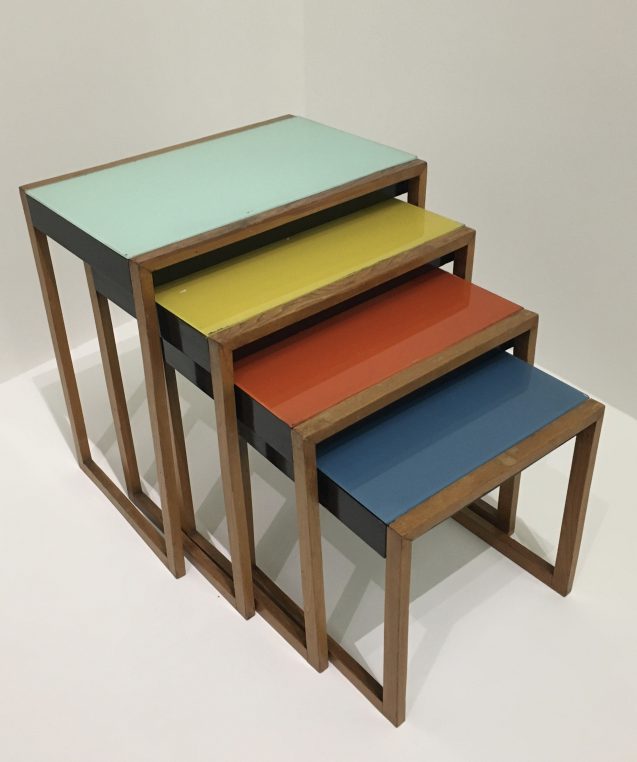 In the large hallway of Musée d’Art Moderne, a red fresco by Josef immediately makes sense: the period is the same as the building’s and the design in line with the lighting. While we are waiting for the presentation, we can check the reproductions of stacked tables and necklaces made of hairpins (30€) at leisure. The lady in charge of the shop has spent the summer devising clever items which sell for modest prices like place mats and jewelry. 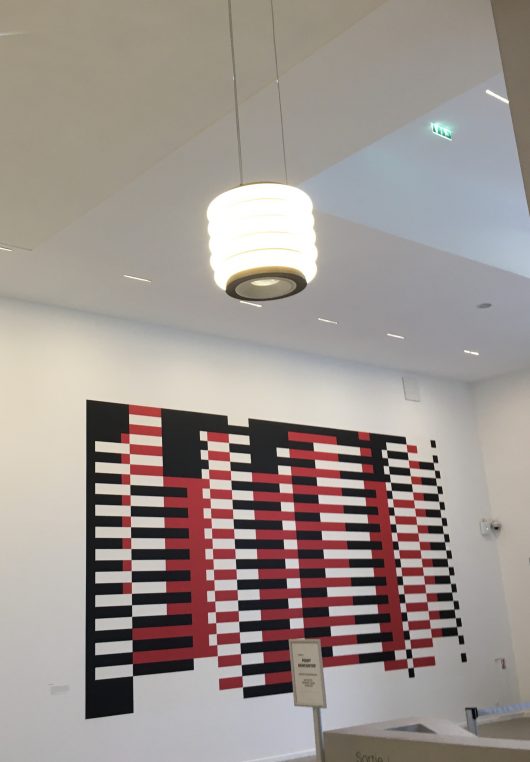 In the hallway, the painting by Josef on the wall matches perfectly the museum lamps and architecture

In the first rooms, the incredible shock of stained glass immediately plunges the visitor into happiness. Then follow the stacked tables in wood and glass and the stern bed, teapot and cup. HIs photographs of the waves in Biarritz are particularly interesting because they chow how his eye caught natural shapes and used them for this future designs. 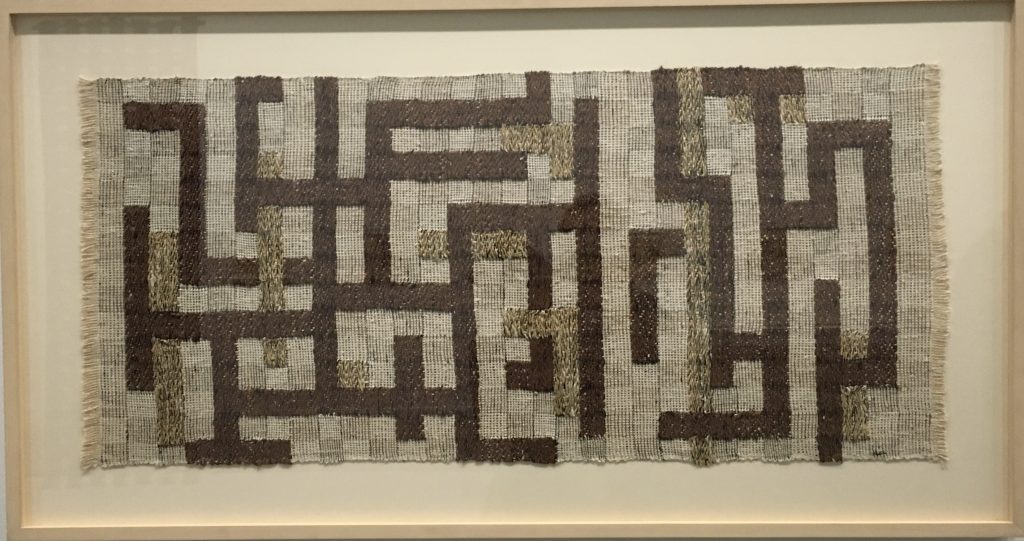 Josef and Anni met at the Bauhaus in Weimar, and then in Dessau, when he was already 32 and she 21. As a woman she was told to study tapestry and embroidery and as a result, developed her art (very similar to his in concept) with wool, silk and cotton. And it is spectacular. They always worked very closely together wether in Germany or, after 1933, in the US, when they emigrated and taught at Black Mountain College in North Carolina thanks to Philip Johnson’s (then curator at MoMA)  recommandation. “They were at the origins of minimalism”, said Nicholas Fox Weber, influencing Merce Cuningham, Robert Rauschenberg, Jasper Johns… Anni was a great inspiration for today’s tapestry artist Sheila Hicks. 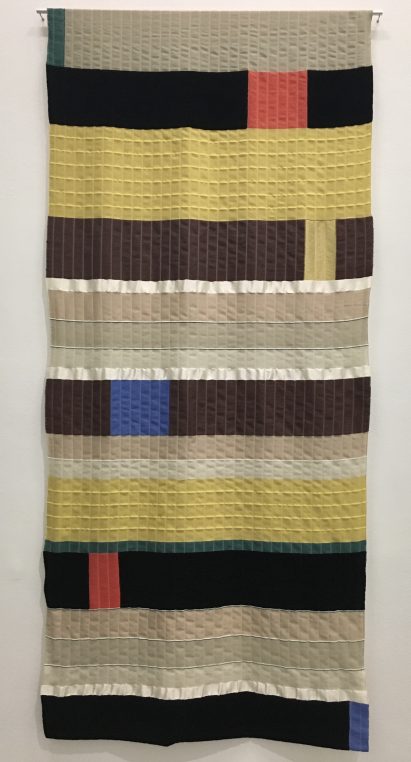 Anni Albers, Wallhanging, 1925, wool and silk, replica made by Katharina Jebsen in 2021

They always emphasized the importance of art in education, of opening their students’ eyes and taught and worked hand in hand all their life, until Josef died in 1976. She survived him until 1994. What is emphasized here is their great complicity and their constant artistic dialogue. Like Georgia O’Keefe and Alfred Stieglitz (at Centre Pompidou at the moment) they were a working and loving couple. They often travelled to Mexico and Peru where they discovered the prehispanic civilizations and took many photographs. Pictures of stone walls in Monte Alban, Oaxaca, and in Cuzco, Peru, give a good idea of their vision. 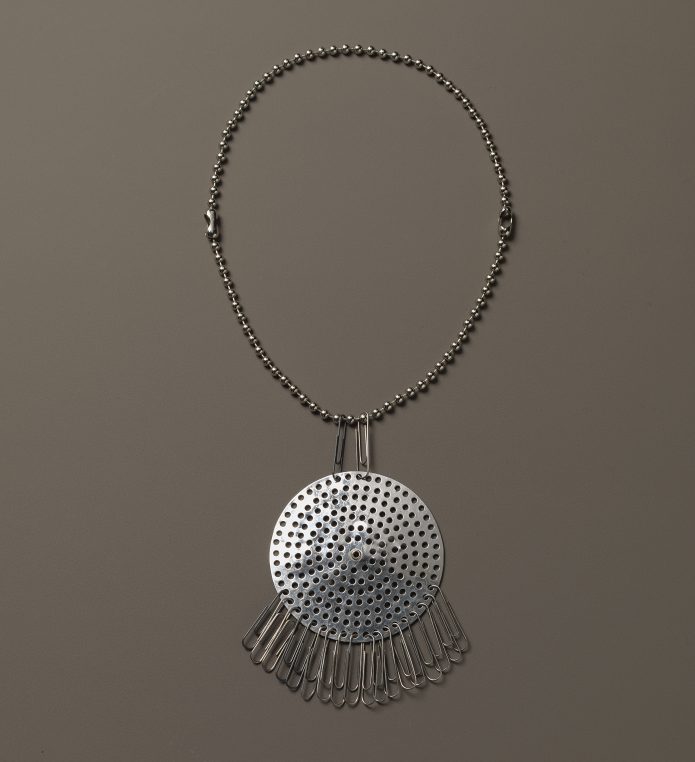 It is in Mexico that they discovered precious jewelry found in a tomb which Anni eventually reproduced with hair pins and trombones. Influenced by German mathematician Max Wilhelm Dehn who studied the theory of knots at the Black Mountain College, she created the principle of do-it-yourself necklaces, with cheap material, which you can acquire at the museum shop. 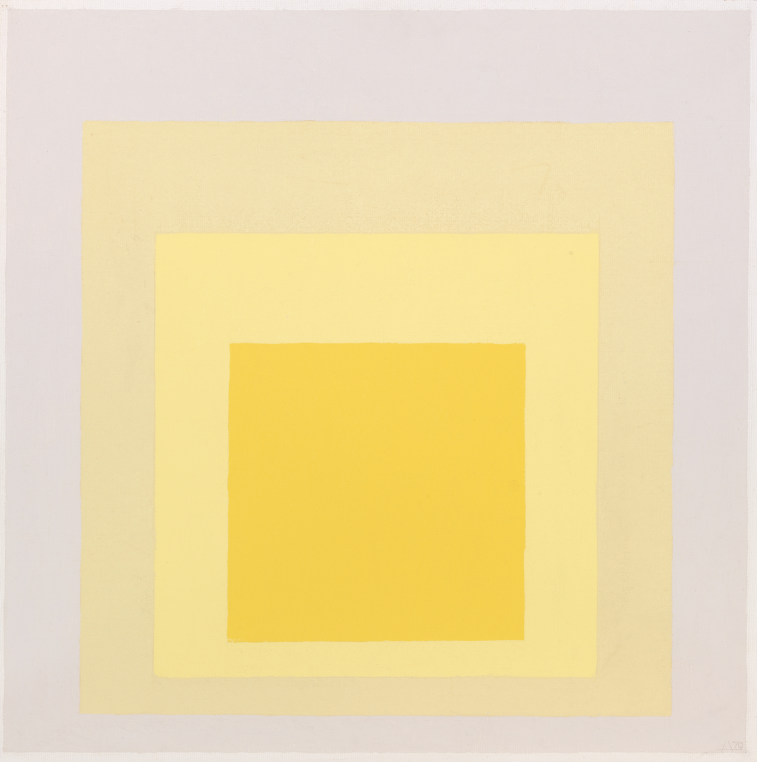 As teachers they both liked to ask questions and excite their students’ imagination. Anni liked to find new materials and suggests to learn to touch. Later in the 1950’s she started weaving religious tapestries for jewish temples in Dallas and in Rhode Island. A whole room is dedicated to this just before the large one devoted to Josef’s famous “Homage to the Square” paintings which reminded me of Rothko. But apparently they never met. 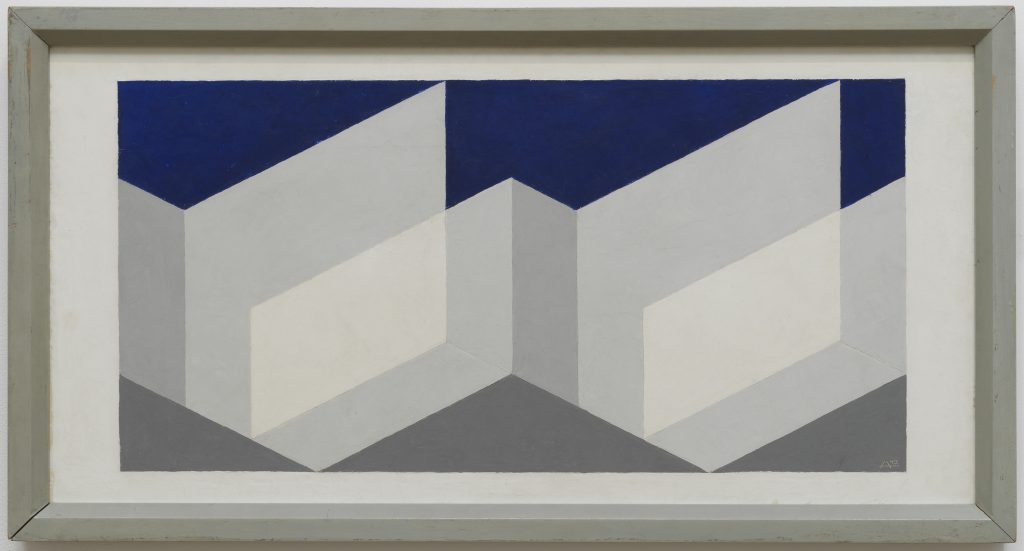 Anni’s drawings and etchings are also very interesting but obviously her weaving is what really matters. Until January 9, 2022, MAM, Paris.