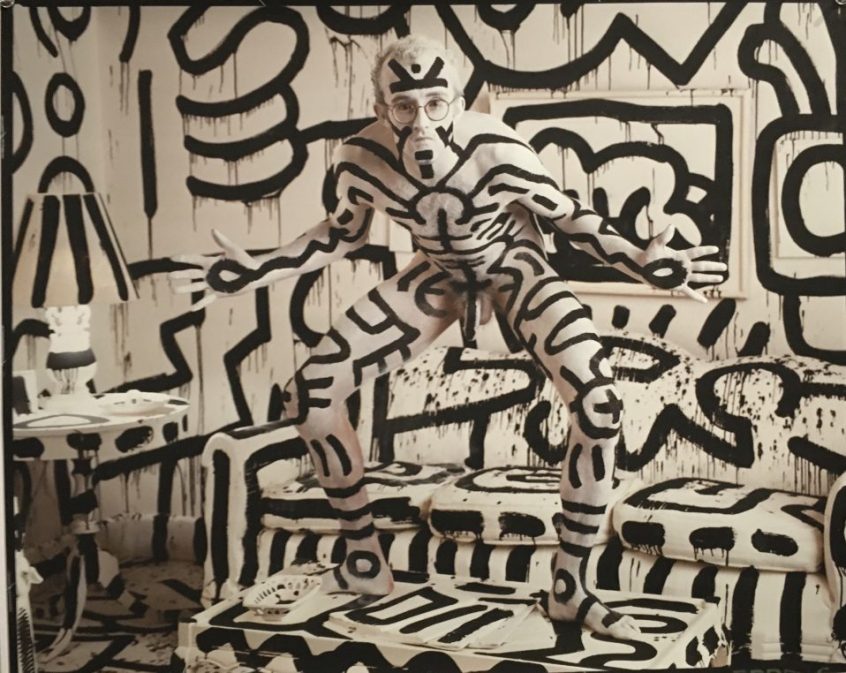 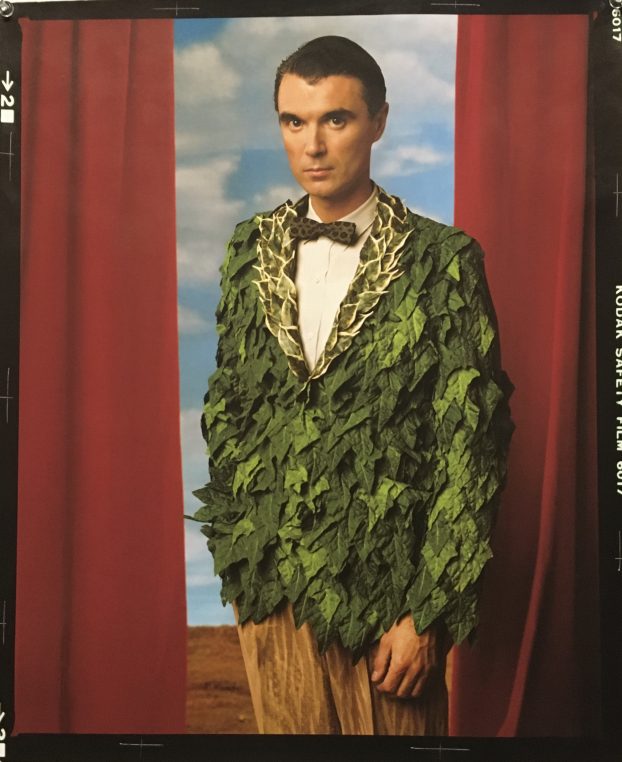 She is such a legend in the world of photography that I was surprised to actually see and even talk to Annie Leibovitz at the presentation of her exhibition at Pavillon Comtesse de Caen. The 72 year old photographer, an admirer of Henri Cartier- Bresson an Robert Frank, who started working for Rolling Stone magazine in 1970 while she was still a student at the San Francisco Art Institute, had just flown in the day before from New York and says she was crying of emotion on the plane. She was awarded the William Klein Photography Prize on the recommendation of photographer Sebastiaõ Salgado whom she describes as “He has God in him”. The show is chronological with 200 photographs selected with her art director and pinned on the walls without any frame. The modesty of the hanging is a stark contrast with the famous people she portrays from John Lennon and Yoko Ono to Keith Haring and the Queen of England. 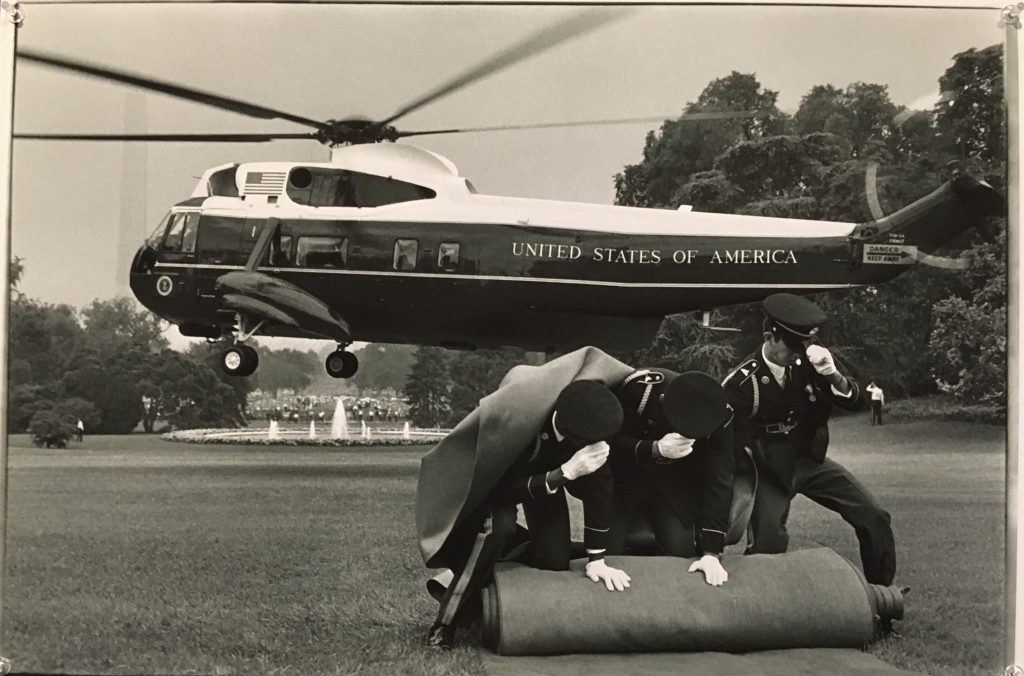 Her shot of John Lennon and Yoko Ono curling on the floor five hours before he was shot, on December 8, 1980, became instantly famous and made the cover of Rolling Stone of course. She worked there as chief photographer for ten years with John Wenner and covered Nixon’s leaving the White House. It was interesting to hear her say how difficult it had been to get credentials for Rolling Stone when Nixon resigned and that she had no idea what she was doing at the time. She was always behind the official photographers and this is how she shot this wonderful picture of three militaries rolling the red carpet when the helicopter departs, while the other photographers are already inside the house. This was the beginning of a new sort of photo journalism which she mentioned “has led to today’s wonderful pictures”. 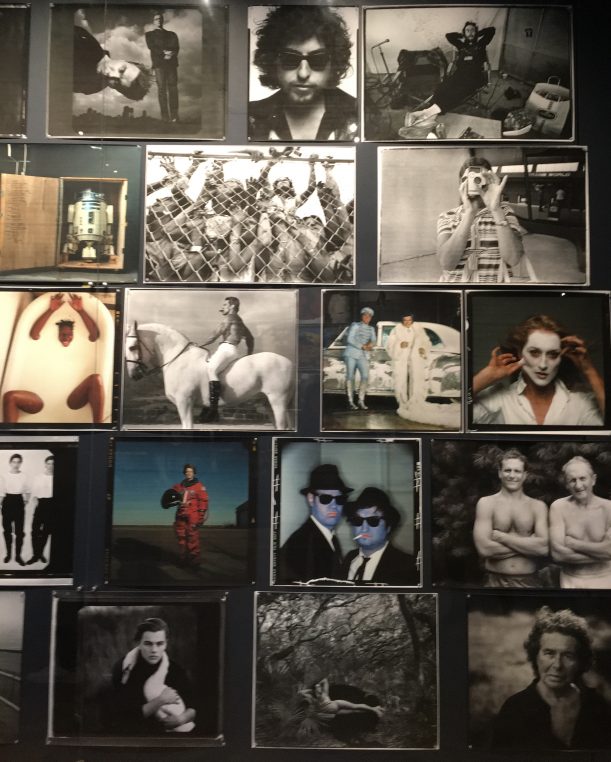 One of the walls in the fourth room with a patchwork of pictures of Whoopi Goldberg, Arnold Schwarzenegger, Meryl Streep

She then moved on to Vanity Fair in 1983, where she took some of the most famous portrait pictures in the world, as well as for Vogue. But her selection of shots for this show is much more subtle. A ballet of ladders in an orchard of Kibbutz Amir in Israel in 1969, Philip Glass in the park in New York City in 1987, Mikhail Baryshnikov and Rob Besserer on a beach in 1990, Tom Wolfe, Richard Avedon, Peter Brook, Sam Shepard, etc…are all portrayed with wit and intimacy.

On one wall of the third room a few portraits of Susan Sontag‘s, her lover of fifteen years until the writer died in Paris in 2004, consist of a discreet silhouette in Petra, of her lying on a sofa in Berlin or holding an antique and of her collection of stones. Of her she’s says: “I knew that if I was going to be involved with Susan Sontag, I was going to have to be better, be a better photographer, be a better person.” Supreme Court Justice Ruth Bader Ginsburg in Washington with Sandra Day O’Connor in 1997, Debra Winger in New Mexico, Johnny Cash with his grandchildren and daughter Rosanne Cash in Virginia… I wonder whom she has missed in the last fifty years? 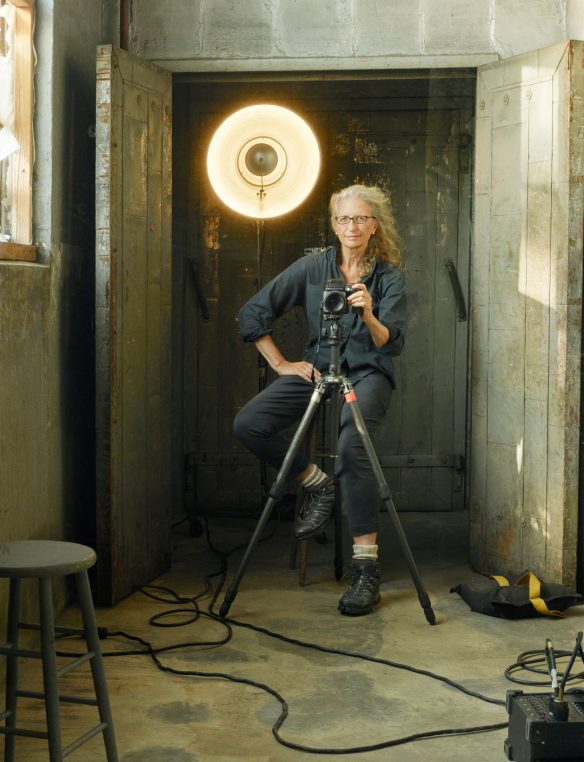 In the first room there are a few political shots of George McGovern and Hunter S. Thompson her colleague, author of “Fear and Loathing in Las Vegas” and a  political reporter at Rolling Stone during the presidential campaign of 1972. But also a portrait of Rachel Leibovitz, her grand mother (?) in her kitchen of Waterbury Connecticut and a moving picture of a Filippino woman who was looking for food on an American military camp where her father was based during the Vietnam war. Her mother was a dancer and she assumes her artistic skills came from her.

There have been exhibitions of her work in museums and galleries around the world but she seemed particularly moved to have received the text message from Sebastiaõ Salgado asking her to send twenty photos for the jury of the Prix William Klein which just honored her. The exhibition is on until December 5 and it is free. Pavillon Comtesse de Caen at Institut de France.