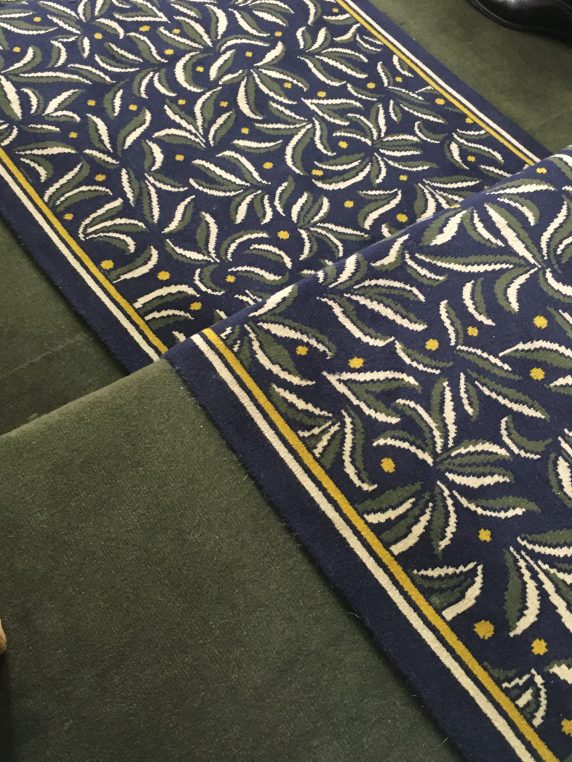 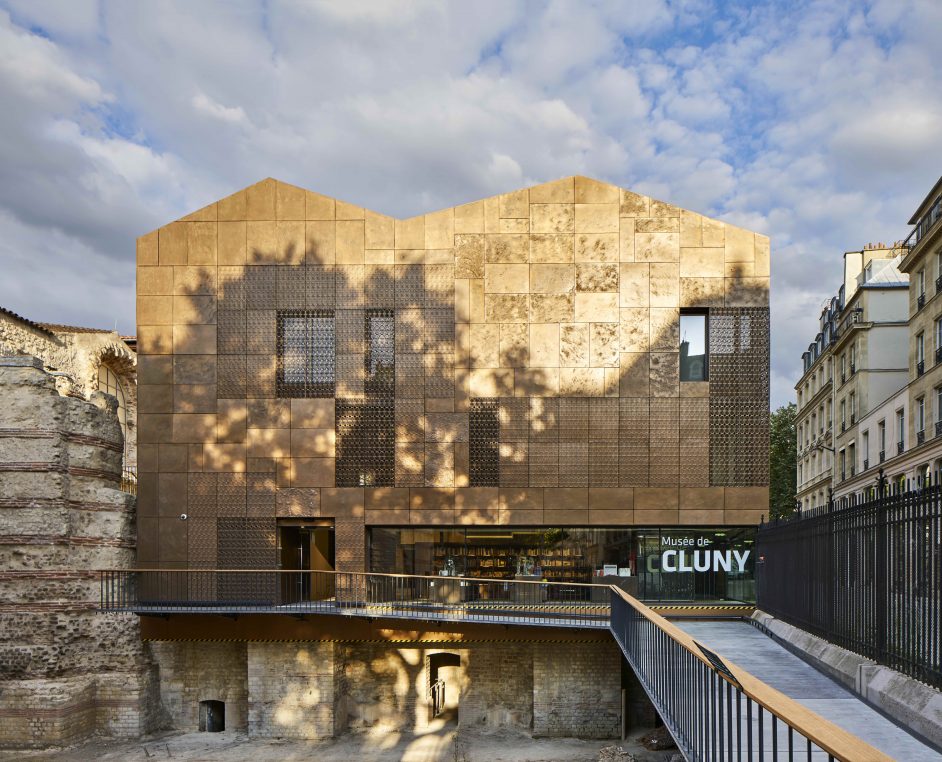 The name of Architects is often less known than their buildings and today at the Académie des Beaux Arts, both the newly installed candidate Bernard Desmoulin and the colleague who received him, Aymeric Zublena were unknown to me. Except that the latter is the author of Hôpital Européen Georges Pompidou and of Stade de France in Saint Denis, two major governmental buildings. I had noticed Desmoulin’s talent at the inauguration of Musée de Cluny’s new wing in the Latin quarter, four years ago. He has a specific genius for adding modern buildings to antique ones, giving both more interest and beauty. And I was happy to sit in the audience and listen to both their speeches. 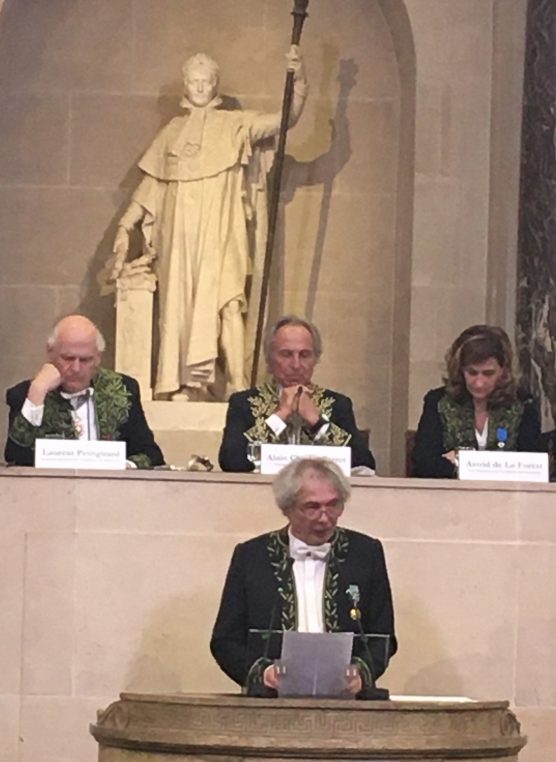 The seats of the Academy have been changed and there is subtile harmony of greens for the Academicians and yellow for the public. The Garde Républicaine introduced all of the Academicians at 3.30 sharp, with the drums, and it was fun to recognize behind their green masks, Adrien Goetz who is publishing a new book on “Résidences Présidentielles”, a sum of all official houses inhabited by our President. 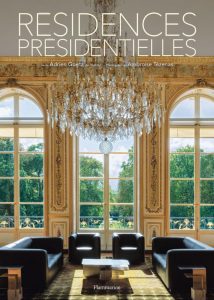 Jean Michel Wilmotte, one of the most successful architects of the moment, was there as well as Hugues Gall who recently hosted David Hockney in Giverny, Monet’s gardens. The charming British painter has illuminated our year with his “Ma Normandie” exhibitions at Galerie Lelong, at the Royal Academy in London, and soon at l’Orangerie in Paris. “He stayed for two hours in front of the pond and painted on his iPad” told me the President of Giverny who is in great shape. Erik Desmazières, who runs Musée Marmottan,  talked about his recent trip to see Gustave Caillebotte’s exhibition curated by Daniel Marchesseau in Martigny and Astrid de la Forest, now vice president of the Academy, was wearing sexy high heels with her strict costume. Her exhibition in Arles this summer was a great success.

Aymeric Zublena mentioned that, twenty years ago, he was the first architect to enter the Académie des Beaux Arts which has become one of the grooviest place to be. With such members as William Christie, Frédéric Mitterrand and Roman Polanski, Henri Loyrette, Sebastião Salgado and Carolyn Carlson, Georg Baselitz and Sir Norman Foster, Jean Michel Othoniel who is “installed” on October 6, choreographers Bianca Li on the 20 th, and Thierry Malandain on December 15, the meetings must be great fun. 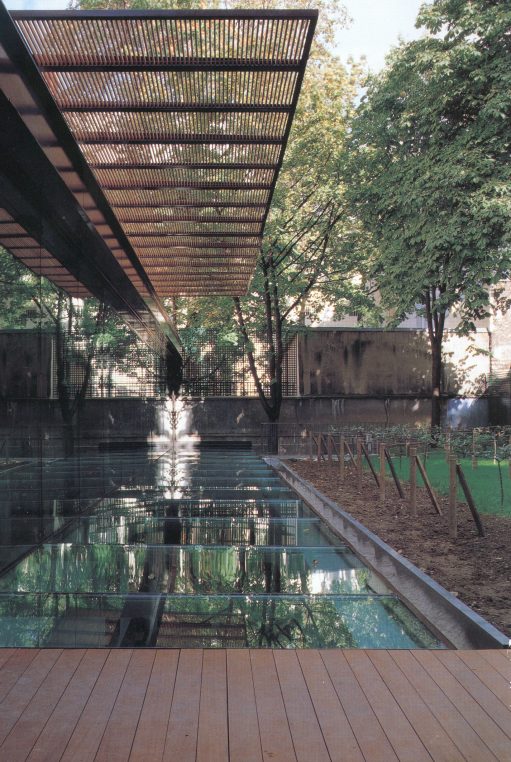 Bernard Desmoulin comes from Toulouse and is the son of an aeronautic engineer and an Italian mother. One of his first jobs was to work on the Grand Louvre with IM Pei’s French architects and he was a laureate of Académie de France in Rome. He said years ago: ” I am an amateur of places just like some people like films or music”. The history of places and of human traces attracts him. Thus his ability to enter projects where history takes a center part. He respects old buildings and adds to them a welcome modernity like for the restaurant of the Foreign office in an 18 th century hotel particulier of boulevard Saint Germain or the addition to Musée de Cluny which you can admire from the street. 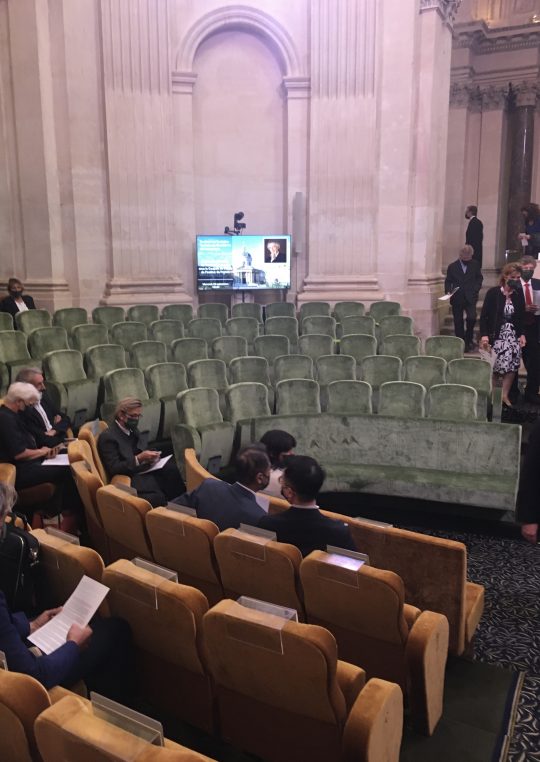 The new green and yellow seats under the Coupole

On October 28, photographer Annie Leibovitz will be the topic of the exhibition at Pavillon Comtesse de Caen which is part of the Académie.