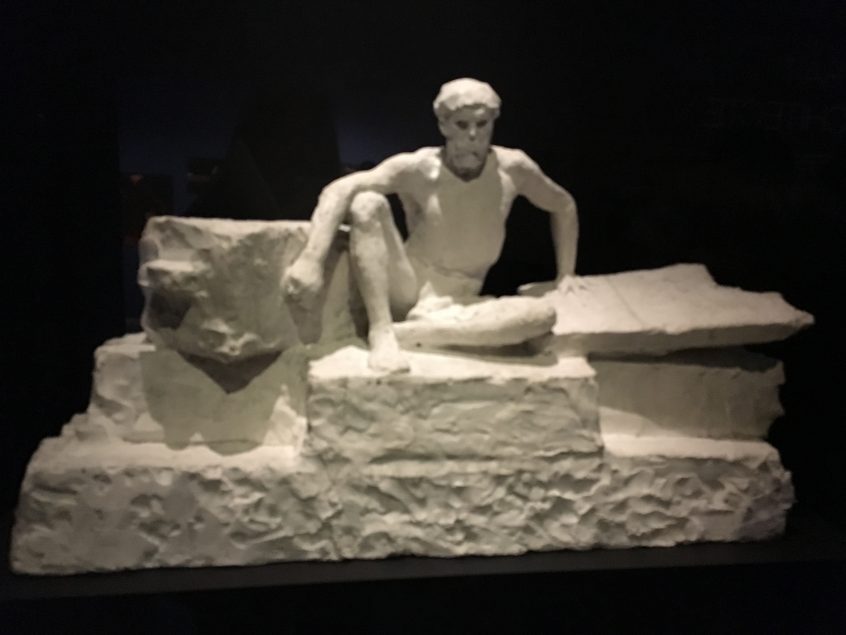 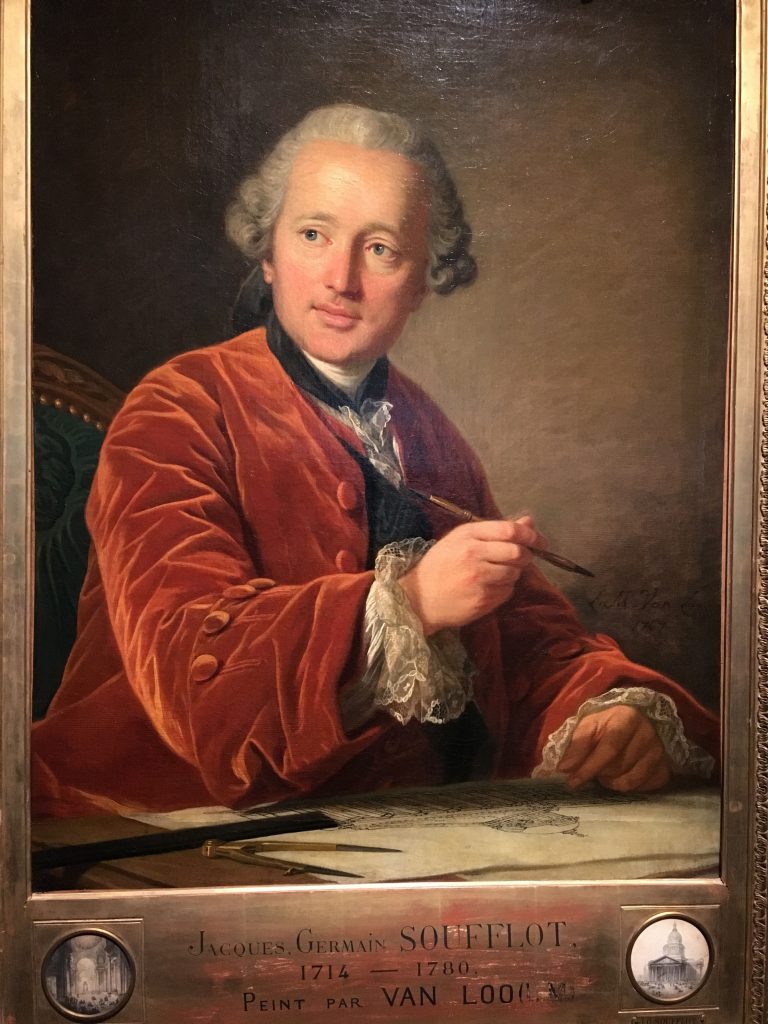 Just at the time when I.M. Pei, the architect of the Louvre’s pyramid and of so many chefs d’œuvre around the world, is turning 100 at Rockefeller Center, La Cité de l’Architecture at Trocadero is celebrating “Portraits of architects”. I consider architects as true magicians, artists, technicians, and sociologists. They have to understand their clients’ needs and think ahead of society’s new rules. This is what the exhibition is trying to show throughout the centuries. And it is very successful ! 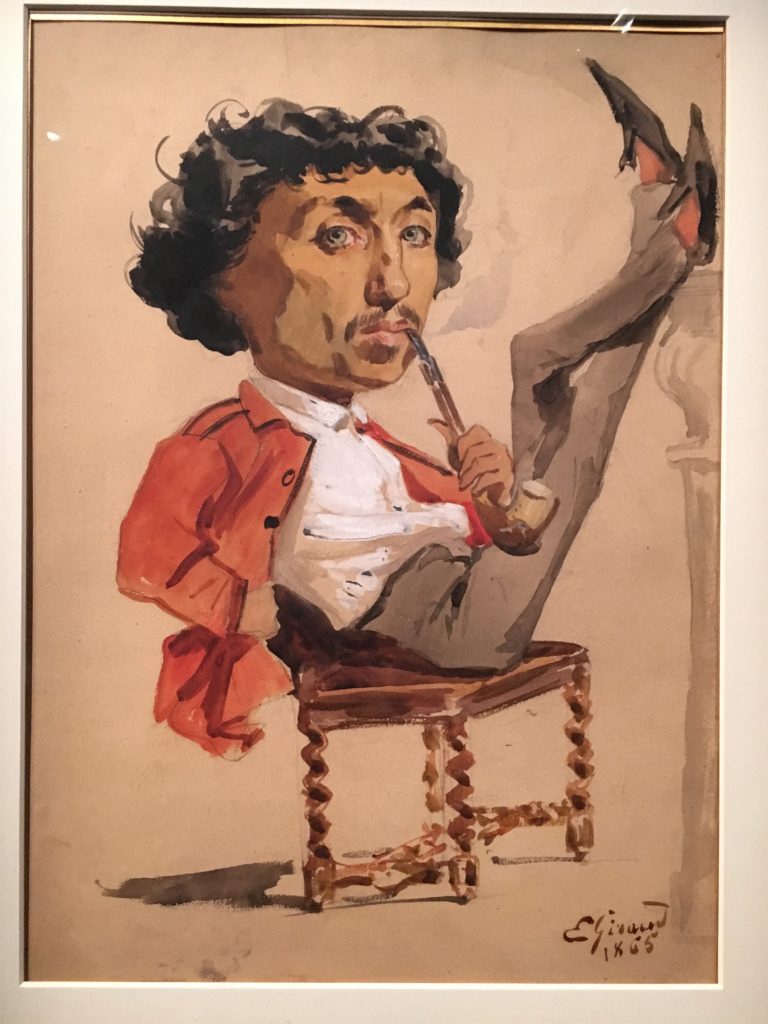 While today, architects are revered by the medias like rock stars, one wonders how they were treated in the past ? « From powdered whigs to black T shirts » could be the real title of the exhibition. It seems that since the 16 th century, architects were very respected. Painters, sculptors and caricaturists have always been witnesses of their success and even if money is at the center of every project, most architects like Mansart never accepted to be ruled financially. Louis XIV even created for him the Royal Academy of architecure which trained future royal architects. 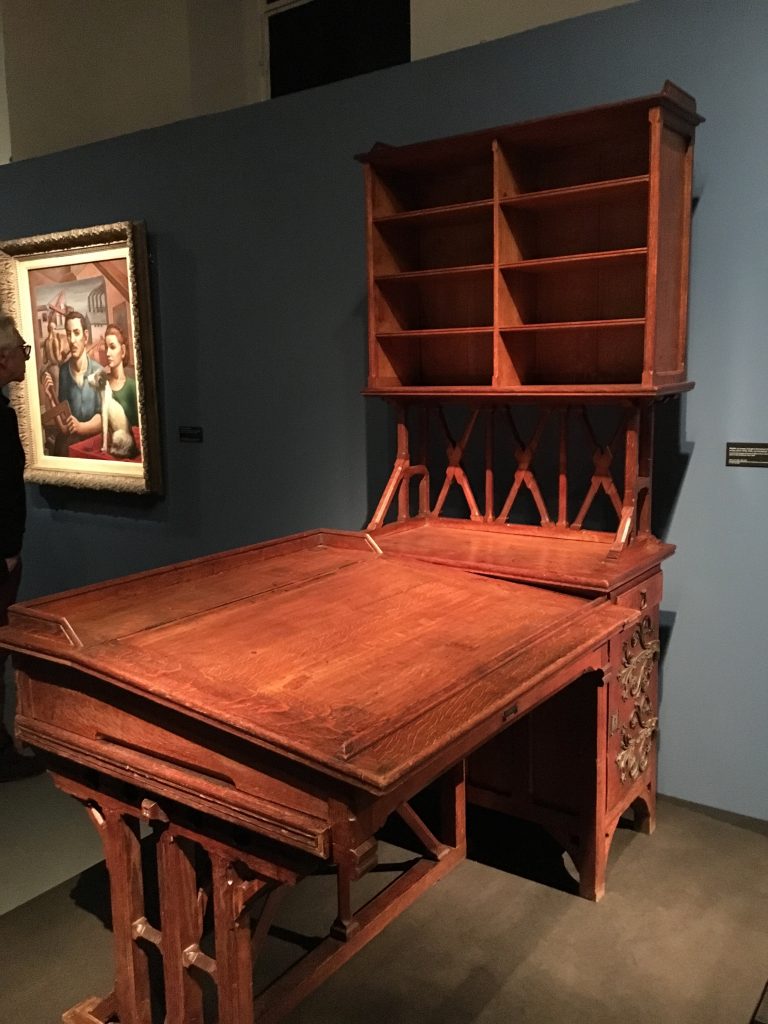 There are many Renaissance engravings shown here that are perfect « photos » of architects. In the Age of Enlightment, Servandoni, one of the architects of Saint Sulpice,  painted himself as a family man, Ledoux is painted with his daughter and a compass, and Greuze, Marguerite Gérard paint very soft and charming versions of architects. 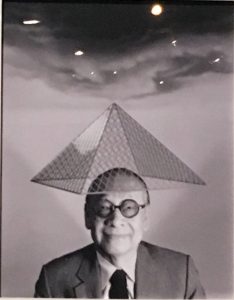 I.M.Pei who celebrated his 100 th birthday on the 26 th of April is photographed here by Josef Astor with the Pyramid of the Louvre as a hat

For they  fascinate at all times and they are the heroes of books, comics, stamps and medals. They are also the topic of films and a few excerpts are shown in the exhibition such as the amazing film featuring Gary Cooper in the « Fountainhead ».

I particularly enjoyed the many caricatures of Garnier, famous author of the opera house,  Viollet Le Duc’s drawing desk, and the section of the show devoted to how architects dress.

Charles Rennie Mc Intosh, Frank Gehry, Robert Mallet Stevens all have specific looks and their working studios, the long nights of “charettes” are all portrayed here. 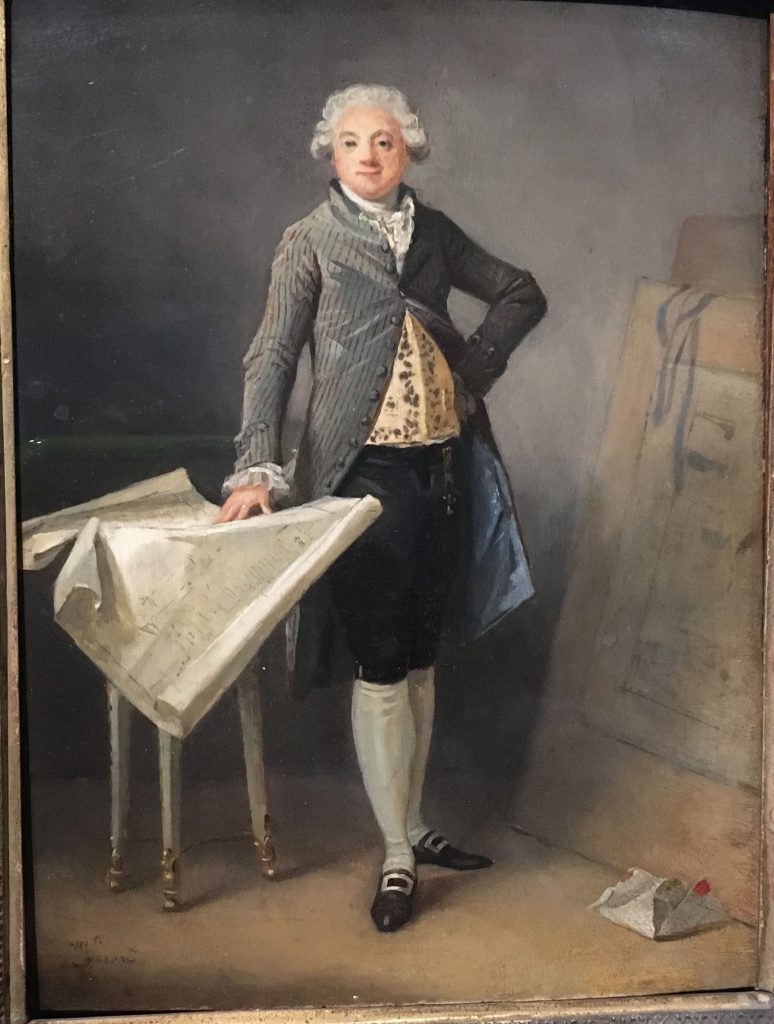 “Behind the scene in architecture” could be another title when you see Sir Norman Foster in a picture showing the plan for the addition to the Reichstag to Helmut Kohl  and Oscar Niemeyer portrayed  in Belo Horizonte. The trust between chief of state and architect is also hinted at with Renzo Piano and Richard Rodgers at Beaubourg… (The catalog is published by Norma) 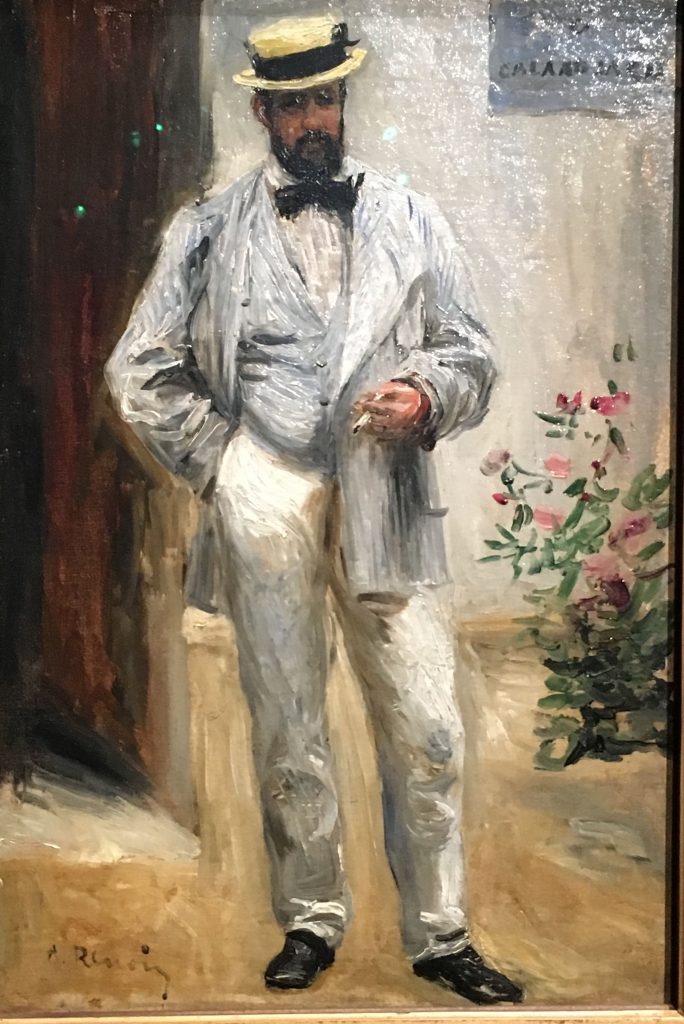 2 Comments on “Architects, portrayed in style!”