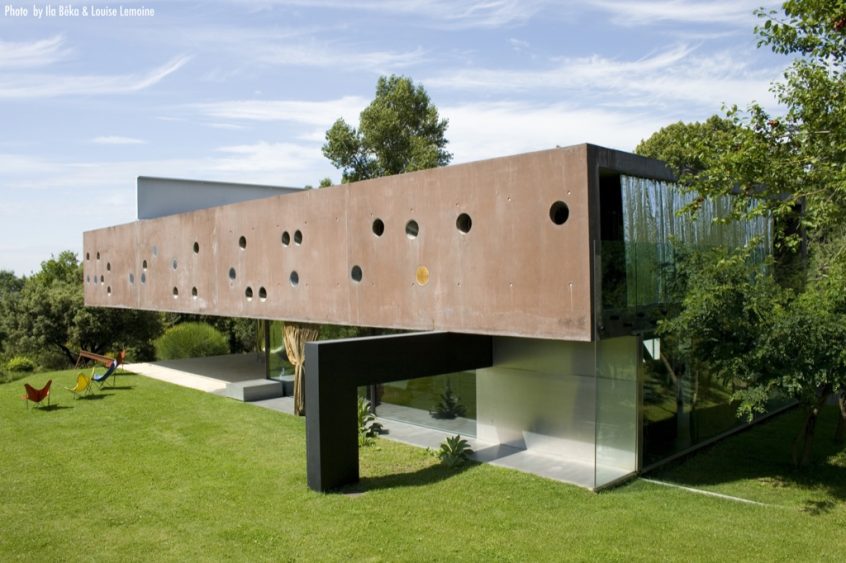 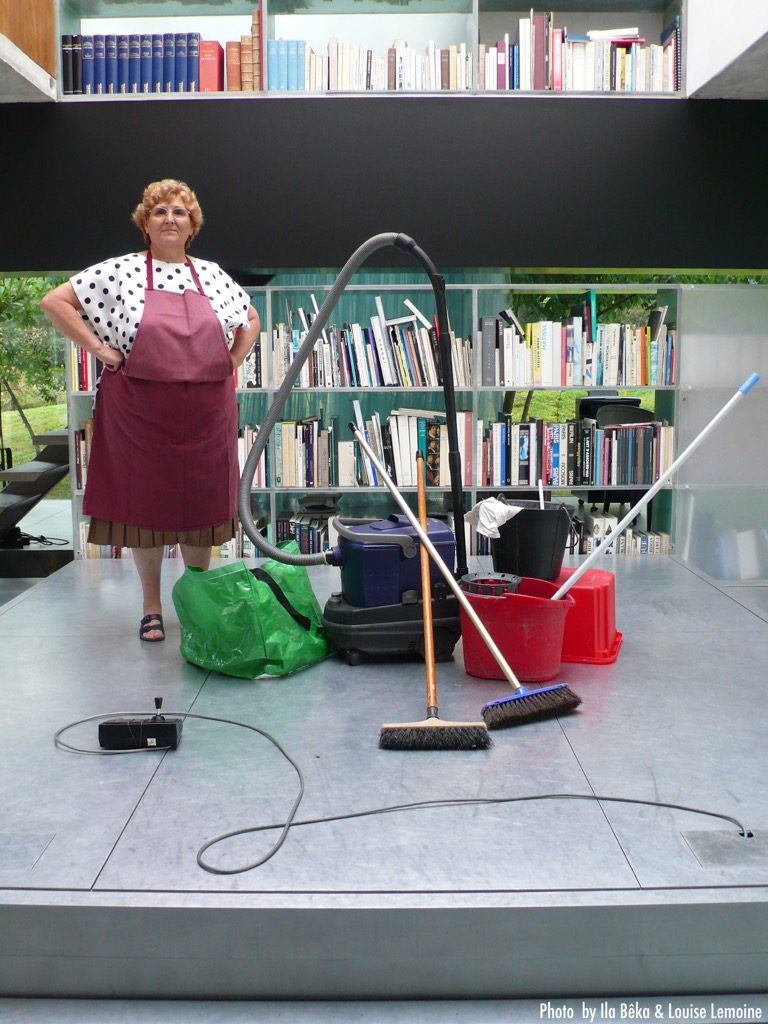 The first film and book produced by this amazing young couple, Louise Lemoine and Ila Bêka, was about Rem Koolhaas’ house in Bordeaux. A very special building, now world famous, conceived after her father Jean-François Lemoine had a car accident that left him very impaired.

His wife Hélène and he created a project with the Dutch architect : there is a central platform which forms the room in which one can live all day long. It goes up and down from the bedroom to the kitchen like an elevator. Except that it holds desks, armchairs, and a library from floor to ceiling of the house. This allowed Jean-François Lemoine to be independent in the house. Now, Bêka Lemoine ‘s collection of 16 witty and ironical films has been bought for their permanent collection by MoMA in New York. A true consecration. And you can acquire them to watch during your long winter evenings with a book attached.

The originality of these films is to follow someone who works or lives in the building throughout the 52 mns. In the Bordeaux house, we follow Guadalupe, the cleaning lady who grumbles about the leaks.
In Auguste Perret’s apartment building on rue Franklin, in Paris, “25 bis”, we follow the Portuguese housekeeper (concierge) who runs up and down the stairs with the magical glass windows and we visit the different flats inhabited by the most exotic people. A philososophy teacher among others.

In « Barbicania », we also visit the different inhabitants of the Barbican center which becomes a lively place and thus we discover the building from inside through its sociology.

And this is what is so innovative about the Bêka Lemoine project. Buildings become inhabited ; and if the films underline the aesthetics and the technic of each architect, they focus on what is, for me most interesting in architecture : its social influence. 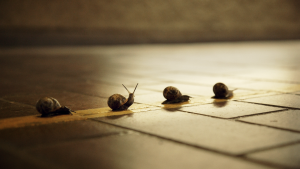 Some of the inhabitants of the Barbican building

Louise interviews and tapes the sound, Bêka films and they conceive the work together.

Based in Rome (Bêka is Italian) they have worked in Venice, and Milan for the Prada foundation, in London, Bilbao and in many places in France including the Pomerol cellars by Herzog and de Meuron. 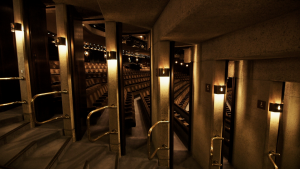 Inside the Barbican concert hall

This is the most fabulous Xmas present you can think of (there is even a Jubilee church by Richard Meier near Rome) for a small budget. (Bêka Lemoine, All video teasers can be seen on Youtube 19,90€ per film and 49,90€ for a box of five films. Films and books can be acquired at the bookshop of Cité de l’Architecture at Trocadero)

One Comment on “An architectural adventure to watch from home”