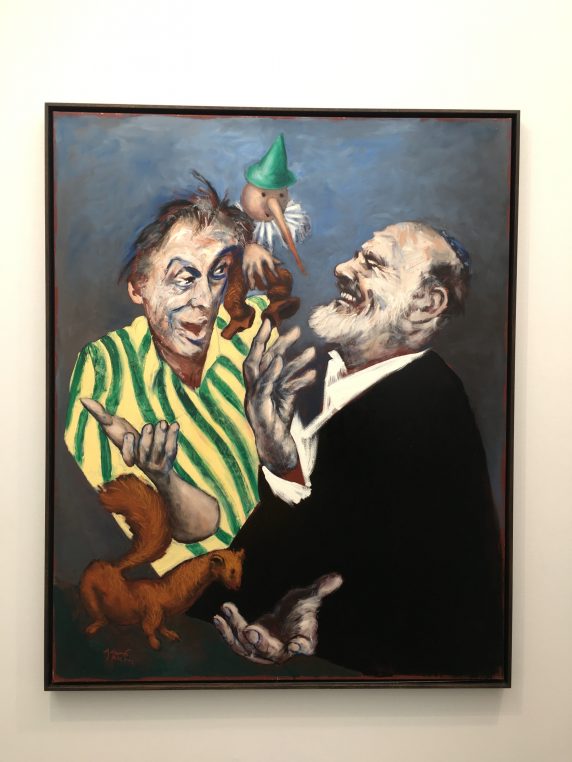 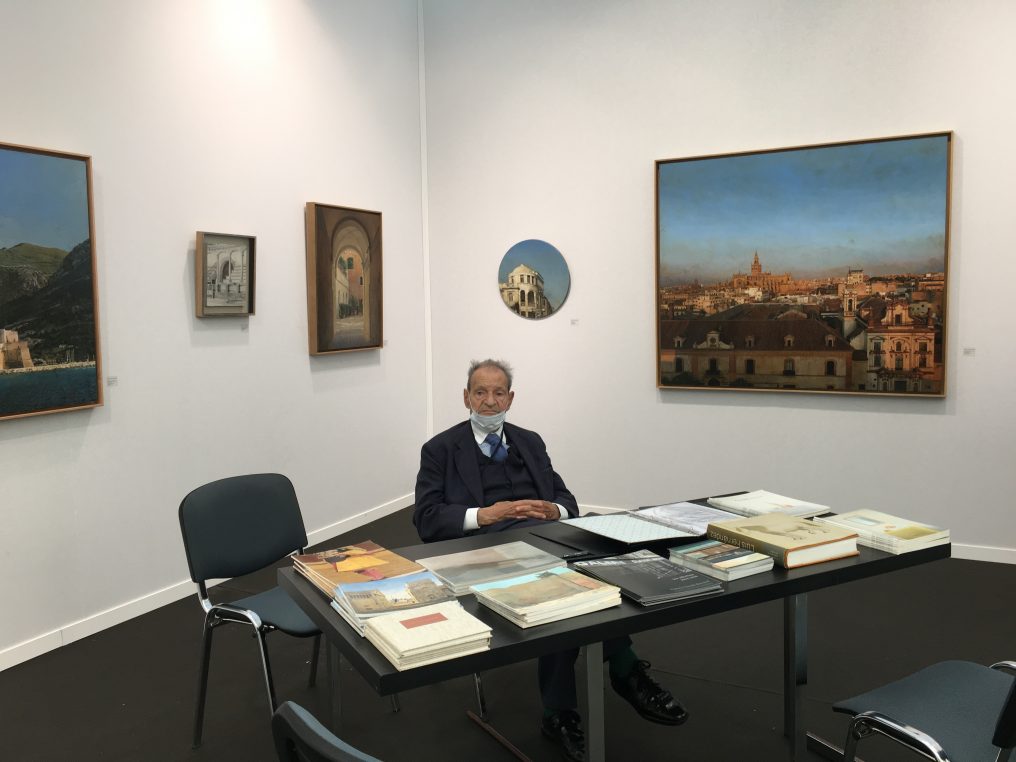 The sun was shining over the Grand Palais for the opening of ArtParis, the first art fair to be held since February. The 112 courageous galleries who committed to attend were so happy and optimistic. Claude Bernard, could not be missed just in front of the entrance, with his four Spanish artists from the gallery. Templon had his usual stable of Gérard Garouste, Kehinde Wiley and Pierre & Gilles (also at his gallery of rue Beaubourg). Jeanne Bucher showed Vieira da Silva and Fermin Aguayo, Jean François Cazeau had a beautiful “Red fish and chrysanthemums” by André Masson and Picasso etchings. I personally fell in love with fabric works by Ayako Miyawaki from Galerie Frédéric Moisan, on rue Mazarine.  A whole wall of beautiful patchworks with crabs, fishes and flowers. It was fun to try and recognize everyone behind their masks and eye contact was more active than ever! A new seduction technique… 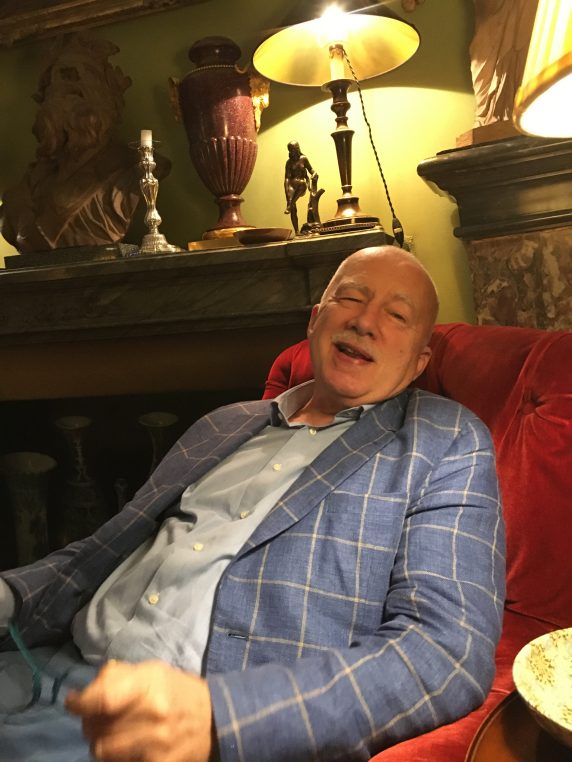 Philip Mansel is in Paris to promote the French edition of his “Louis XIV, King of the world”

It has definitely been an active week with the book launch of Philip Mansel’s “Louis XIV, King of the World” in French. I shared an evening with him, which reminded me of the regretted Marc Fumaroli’s wonderful book, “Quand l’Europe parlait français” (When Europe spoke French). It was the time when French language represented witty conversation and refined culture in the salons of 18 th century Europe. He, the Brit, and another super refined Italian guest, spoke such perfect French that I felt almost inadequate with my casual language. We discussed the sad news of Lady Cochrane‘s death at 98, on August 31,  after her house in Beyrouth, the Sursock Palace, was partly destroyed by the August explosion. She was a Lebanese married to an Irish Lord who entertained better than anyone in the Levant as Mansel described in his previous book. I learned about it through Point de Vue, which has become again, thanks to Adélaide de Clermont Tonnerre, an excellent magazine. 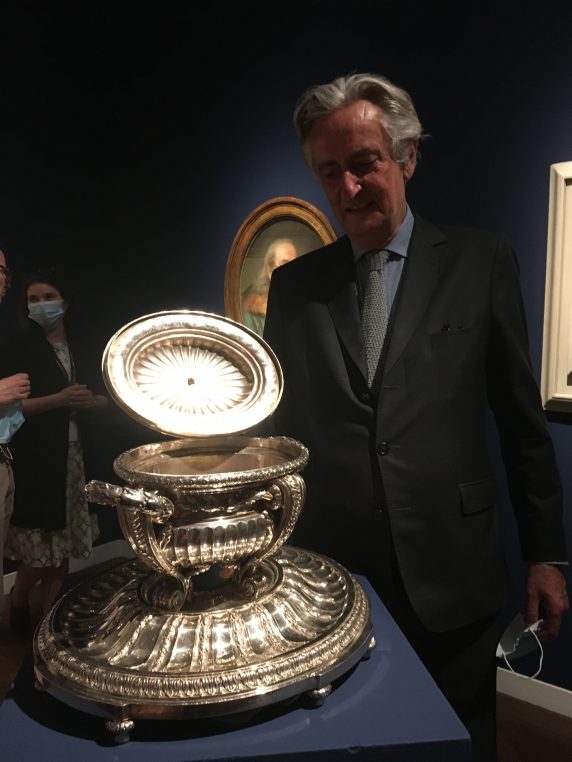 I had just been to see the exhibition of Commandant Paul Louis Weiller (1893-1993)’s collection at Christie’s. His granddaughters are selling, on the 15 th of September, a few extraordinary pieces including a large portrait or “La Belle Strasbourgeoise” the chef d’oeuvre by Nicolas Largillière estimated 600 000€ to 1 million€. There were some affordable items though, like 19 th century bronzes and a painting of the “Quai aux Fleurs” by Firmin Girard at 1 500€. But what really tempted me was a gold Cartier tea and coffee service designed in 1930 at 100 000€. A lovely large lionness painted by Nicasius Bernaerts, a “Lucretia” by Cranach’s followers, and a fantastic series of 18 th century Strasbourg faïence. François Curiel was there with Cécile Verdier, the President of Christie’s Paris, welcoming an elegant crowd.

At Librairie Gallimard, Nathalie George author of  “La cuisine du 6 ème étage” was dialoguing with Jacky Durand, the food critic from Libération and France Culture, and all her boarding school friends were there giving insights on her very early passion for cooking. The book has been a surprise success all summer for Editions Hérodios and it is the hilarious description of how to cook with just one hot plate in a maid’s room on the 6 th floor. The receipts are both simple and original and the price at 20€ is amazing. 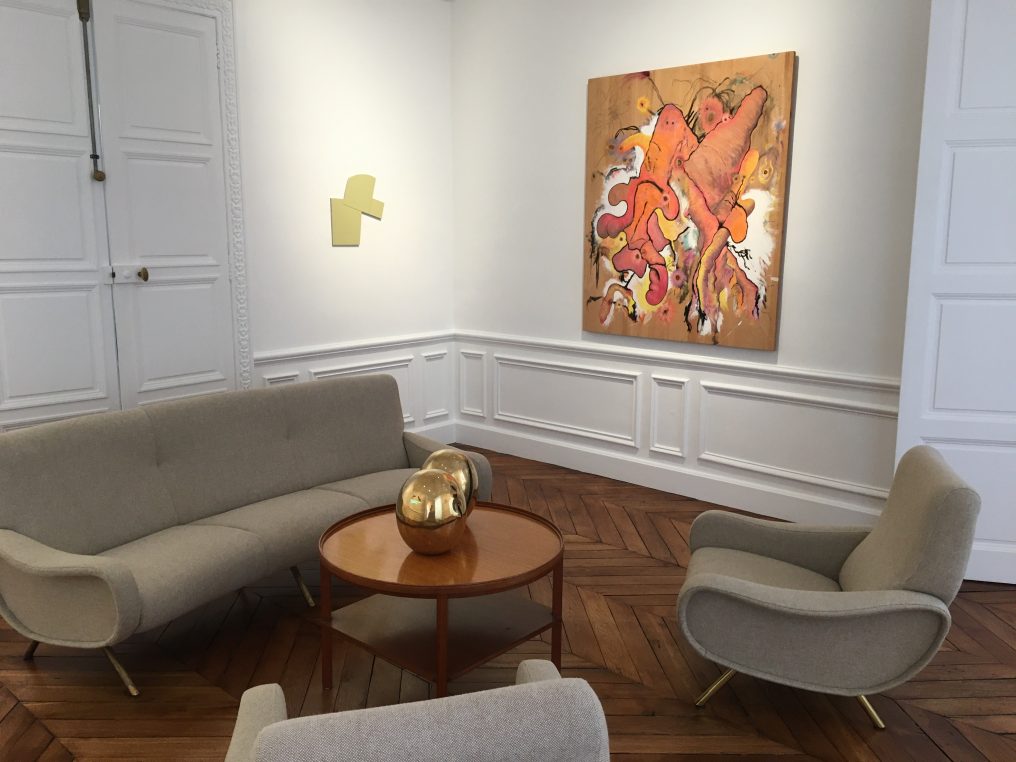 At White Cube gallery on 10 avenue Matignon, a painting by Carol Durham and golden eggs by Fontana

Avenue Matignon is slowly taking over the contemporary art market with Gagosian and Kamel Menour having moved there in the last ten years. Now White Cube gallery from London has opened a private showroom by appointment only. It is located in a regular apartment with moldings and looks very different from the minimalist British gallery. Pretty golden eggs by Lucio Fontana, a large painting by Carol Durham, an early showcase by Damien Hirst and a very early 1980 “Damned Buddleia” in black and white by Gilbert and George are all very attractive.  The atmosphere is warm and comfy. Since they only opened last February, the place is still very virginal and you can call Thais at 0631925029 a few hours ahead, if you want to visit, at 10 avenue Matignon. Perrotin also, is next door, with an Othoniel show open to all in their pretty new space on the street. 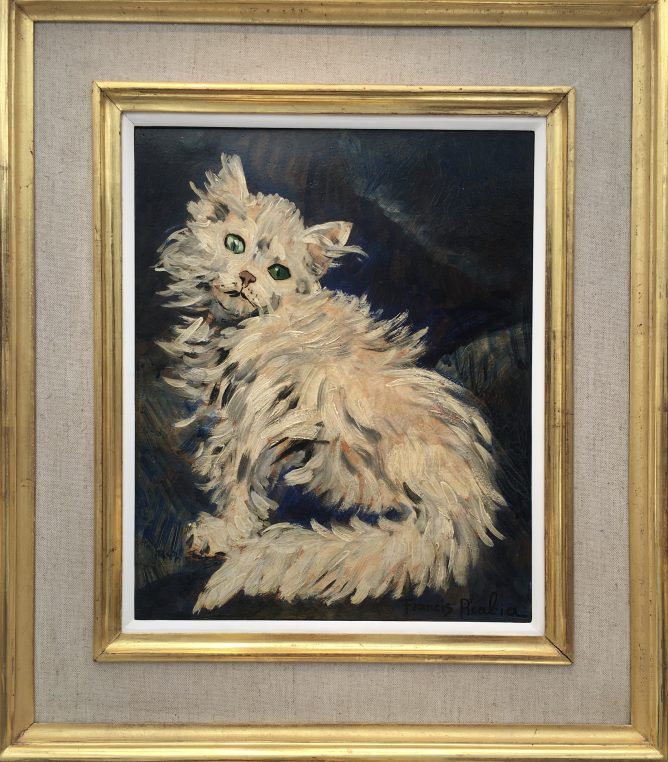 There were many good surprises at ArtParis and Paris is definitely too busy already! It will be hard to survive this month of September! Next week comes Bon Wilson, “Der Messias” at Théâtre des Champs Elysées, the Danish show at Petit Palais and the French Tennis open at Roland Garros! One back from the country it’s about time…