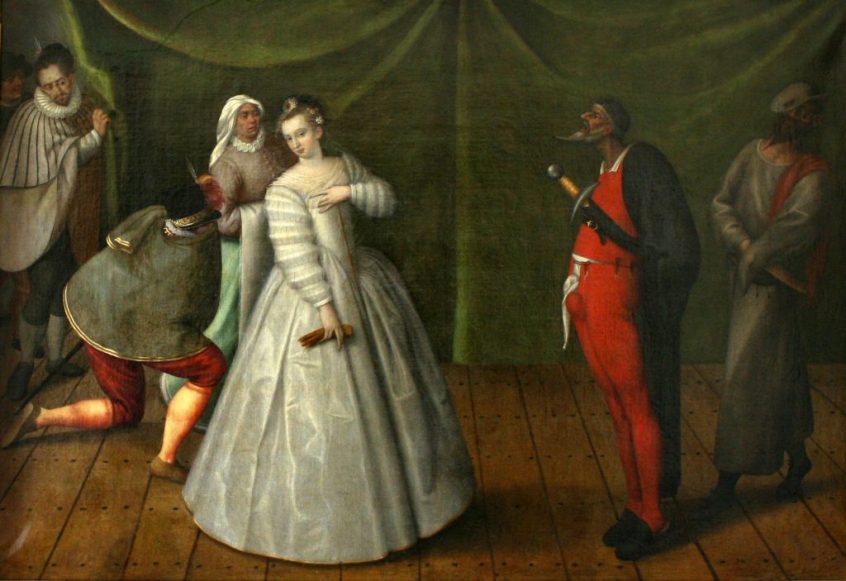 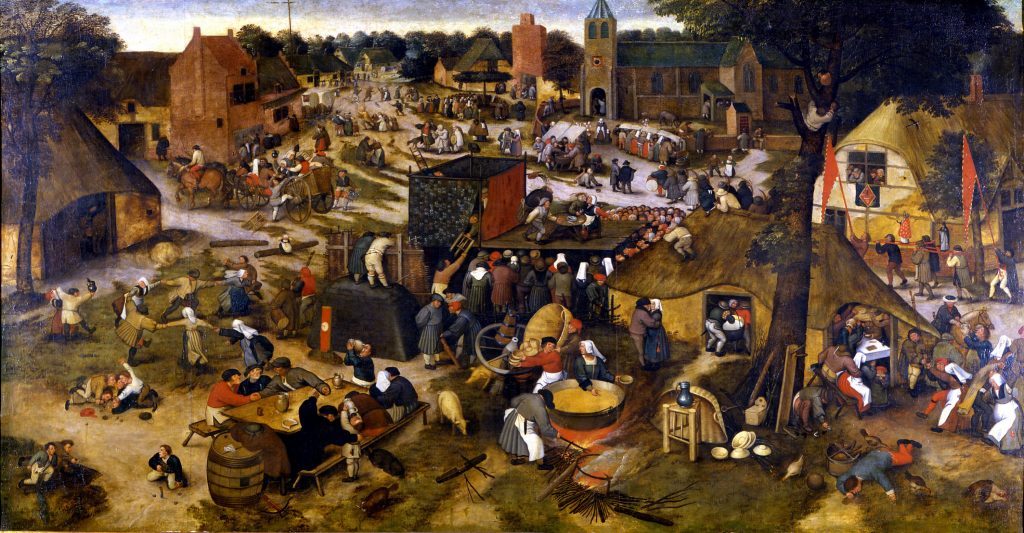 The birth of theater in the French Renaissance can only be tracked down thanks to writings and a few sketches of religious “Mysteries” played outdoors. Many representations in markets and other public places were linked to stages of Christ’s passion. These were set in different cities like Bourges in 1536, Valenciennes in 1547,  Troyes,  Chateaudun or Romans, which were very active trading towns. We have archives of the costs, we also have music partitions of holy tragedies, a few engravings and even an enamel and stained glass portrait of an actor. Château d’Ecouen, the magnificent museum of French Renaissance which belongs to the Legion of Honor, celebrates theater with a very erudite exhibition “Pathelin, Cléopâtre, Arlequin” curated by Muriel Barbier.

Muriel Barbier is the charming curator of Ecouen

Owned by Anne de Montmorency, a keen collector and an intimate of François I, the King of French Renaissance, Ecouen was made Musée de la Renaissance by President Valéry Giscard d’Estaing in 1977. 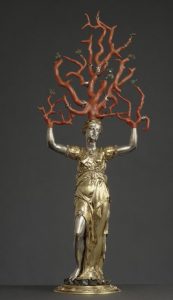 It houses exceptional tapestries of David and Bethsabée, a rich collection of decorative objects bequeathed by the Rothschilds, beautiful stained glass windows and enamel pieces  and a great forest which extends all the way to château de Chantilly, also owned at the time by  Connétable de Montmorency.

Some of the collections also come from Musée de Cluny which is now entirely devoted to Medieval art.

Except for the very realistic “Village kermesse” by Bruegel’s workshop and the fun paintings of Commedia dell Arte, I have to admit that most documents in the show are a bit austere. 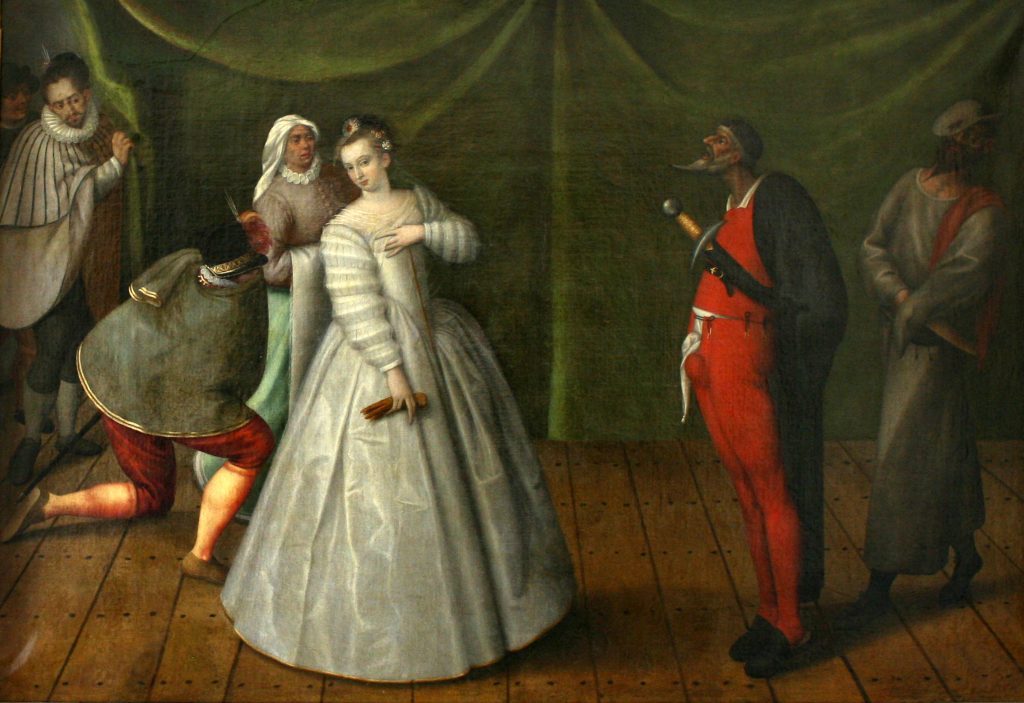 Mostly in old French or in latin, they refer to religious stagings of Jesus Christ’s life before lay events were tolerated on stage and to technical advances of theatre as such. The influence of Antiquity is obvious and Cleopatra’s dramatic life an inspiration. Little by little Commedia dell’Arte invades the theater with Arlequin and this provides for the most fun paintings of the show. “The Lady between two ages” standing between her old protector and her young lover is very naughty. It has been attributed in the past to Clouet or to Holbein. Court balls were organized as theatrical acts. 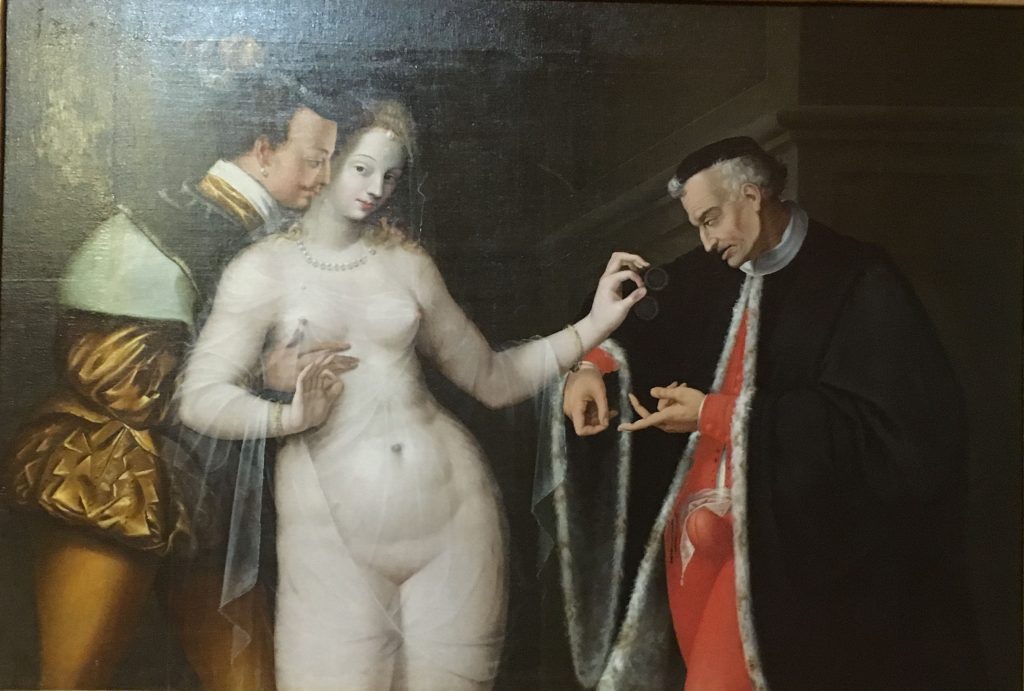 Curator Muriel Barbier explained with passion the  four parts of the exhibition, how important the themes of the Renaissance were for the 17 th century emergence of Corneille, Racine and Molière. Cleopatra was the hero of multiple tragedies, we see the beginning of court theatre and its use for political power. Actors become professionals  and start being painted as such by Primatice’s disciples. Decors benefit from technical inventions. (Until January 28, Château d’Ecouen) 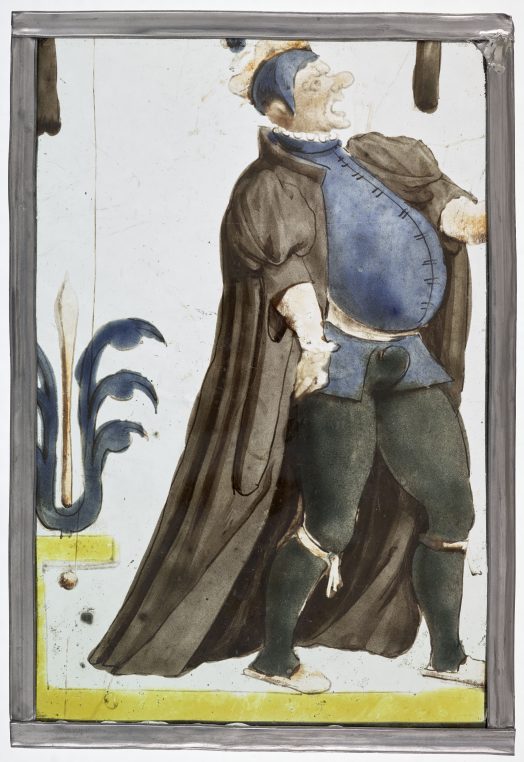 This exhibition is a great pretext to see the amazing collection of Renaissance objects and if the day is pretty, drive twenty minutes North to Château de Chantilly where  some of Duc d’Aumale’s photos are shown in the Cabinet des dessins. There are five spectacular sea views by Le Gray, five photographs by Adolphe Braun of Swiss mountains in Zermatt and other parts of the Alps and Baldus and Bisson vintage prints. These are rarely exhibited.  And the park is pretty in all seasons. 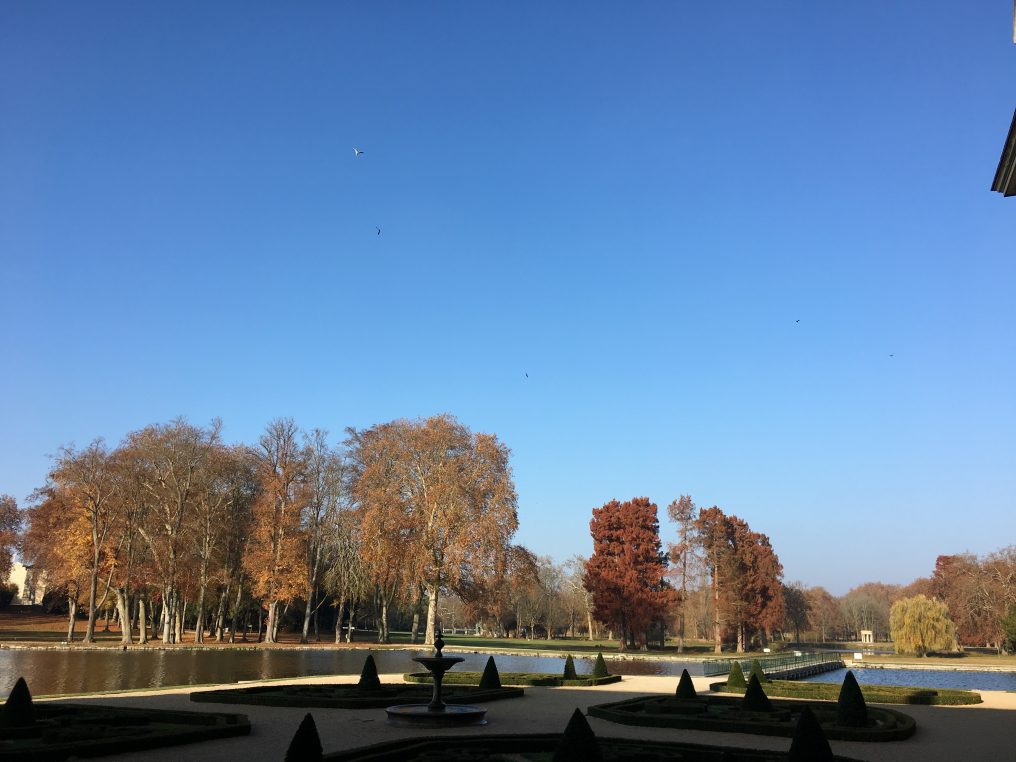 Chantilly in winter is just as spectacular

“From Baldus to Le Gray”, Domaine de Chantilly until January 6)