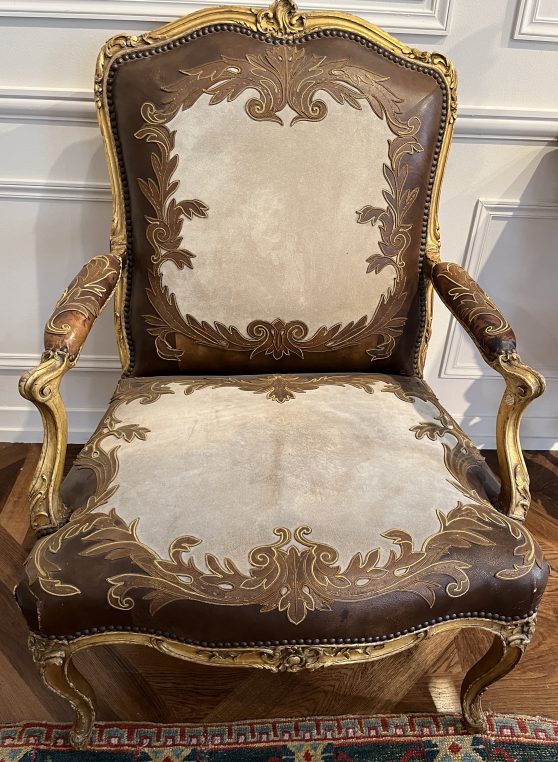 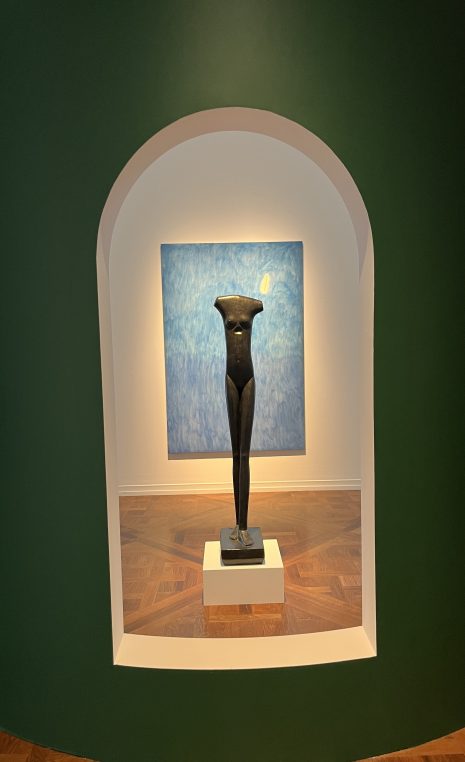 It took a whole year for the French and International teams of Christie’s to organize this “house” sale of Hubert de Givenchy‘s two properties: his apartment in the Hôtel inhabited by the Bemberg on rue de Grenelle, and his country house of Manoir du Jonchet. Bedrooms, gardens, a few salons have been reinvented on avenue Matignon and the privileged visitors of the exhibition’s preview  were raving about the decor and the lavishness of the scenography. Indeed it was probably the most social event of the week and let’s hope that the sale will be the greatest financial success. I noticed a few things I would love to acquire like a Diego Giacometti console and a large Hubert Robert “Landscape with an obelisk and a colonnade”. Green velvet sofas, Napoleon III armchairs, are numerous but what is fascinating is the number of 55 reading lamps (1 000€) by Maison Meilleur and 66 photophores, being sold. Givenchy must have been a very pragmatic man. 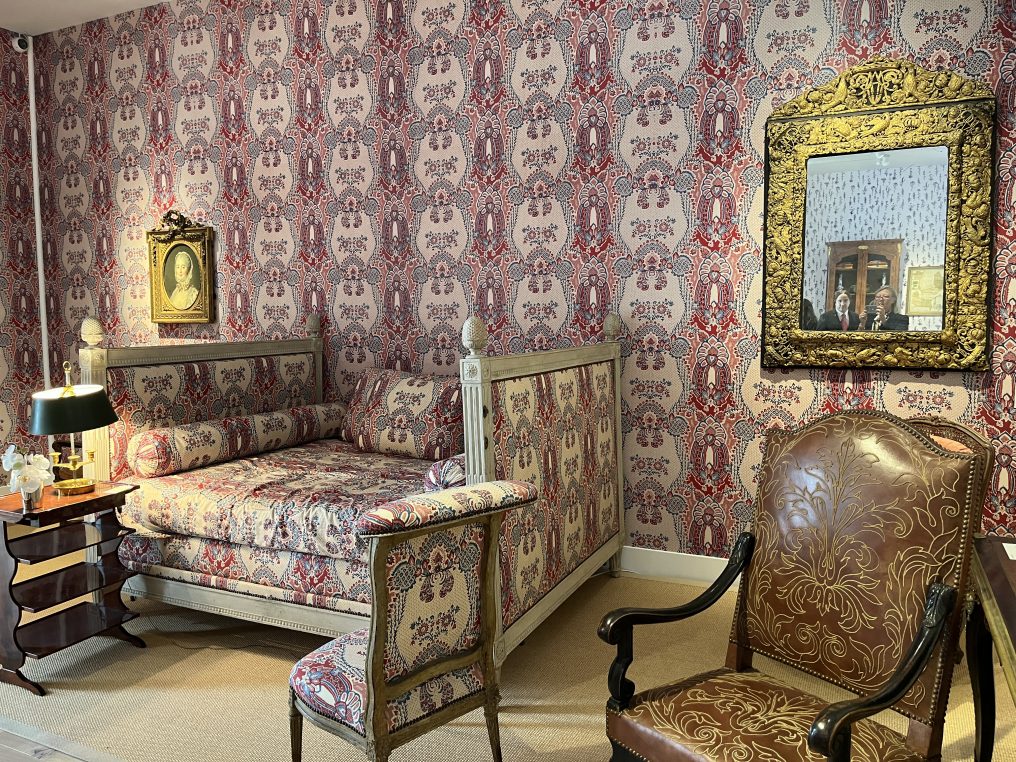 This is just to point out that while there are fabulous pieces of furniture like a David Roentgen roll-top desk, a table by Riesener, a console by Boffrand, and commodes by Joseph Poitou and Pierre Garnier, there are many affordable items, armchairs and ornemental vases. David Hicks‘ tables and Jansen’s furniture, Jean Marc Winckler’s copy of a Balthus and châteaux. A clock from the Consulate representing the Pantheon, 1800, is also great fun. The different modern decors are ravishing and the mix of contemporary and classical items is very successful. 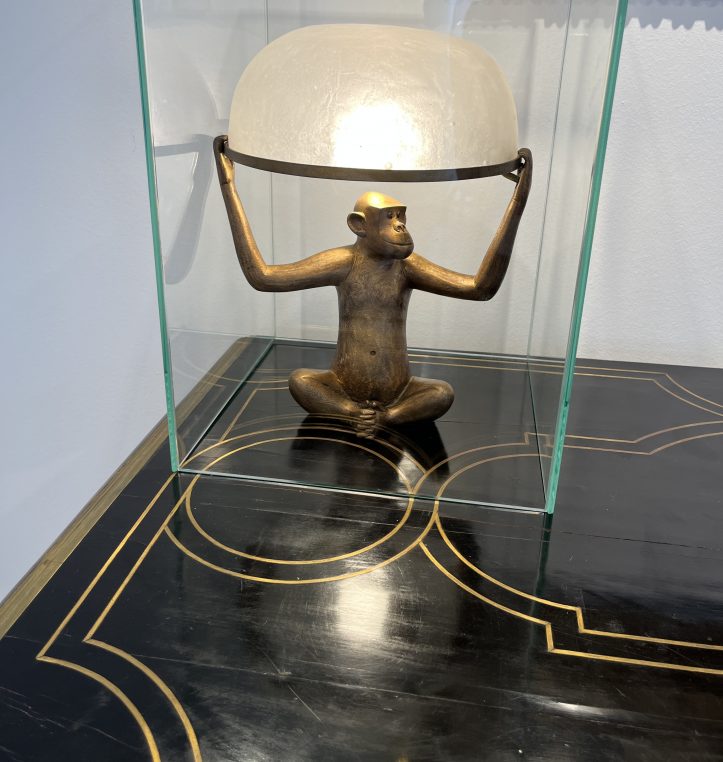 François Xavier Lalanne, lamp monkey 2003, 500 000€-700 000€ on a Louis XIV commode, 20 000€ to 30 000€I loved a suite of six armchairs Louis XV by Claude Sené which are covered in three different leathers and suede: I asked Nicolas Kugel, who is having an exhibition of exceptional Givenchy furniture, why they were covered in a modern way? and he replied that the couturier often asked who wonderful seamstresses at Givenchy Couture to cover embroider or stitch his armchairs. They are estimated 100 000€ and this is what the embroidery itself would probably be worth! 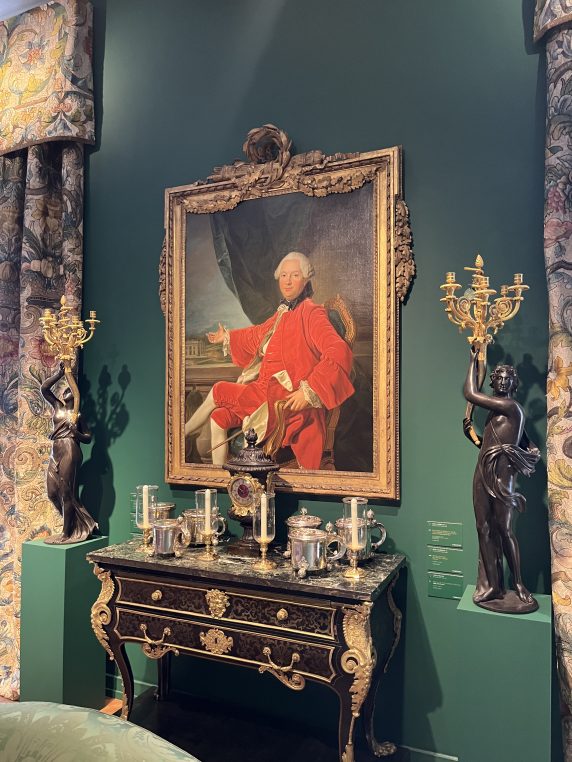 At Galerie Kugel, the walls have been covered in green velvet to recreate Givenchy’s decors and the exceptional luxury of the antique dealers’ house  gives a true chic to the furniture. Some pieces are lent for the show, others are for sale like the two vases by Vassou. In 1994, Hubert de Givenchy had set the decor for the Kugel’s stand at the Biennale des Antiquaries and the Apollo cupboard featured with his Limoges enameled plates. 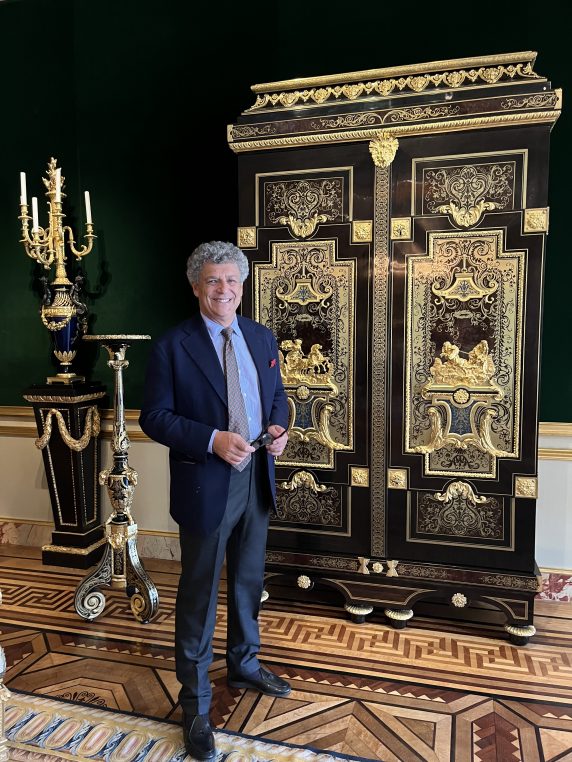 The first sale at Christie’s will take place at Théâtre Marigny on Tuesday June 14 at 4 pm and the auctioneers will be Cécile Verdier and Adrien Meyer for the most exceptional lots. The second sale will also take place at Théâtre Marigny and seven auctioneers will be on call including François Curiel. On Thursday 16 and Friday 17 at 10.30, sales will take place on avenue Matignon. And there are quite a number of lots already online which you can bid on until June 22. Christie’s exhibition until June 14 th, 9 avenue Matignon. 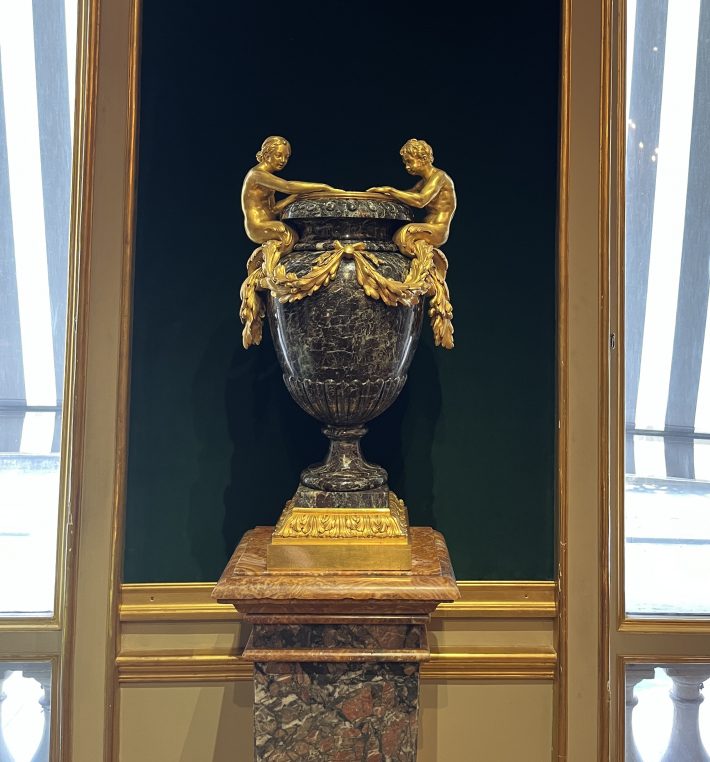 At Galerie Kugel, 25 quai Anatole France, a tribute to Givenchy, collector, is made in a special decor recreated for the occasion until Wednesday June 15.

2 Comments on “At Christie’s and at Galerie Kugel, Hubert de Givenchy’s taste is revived.”