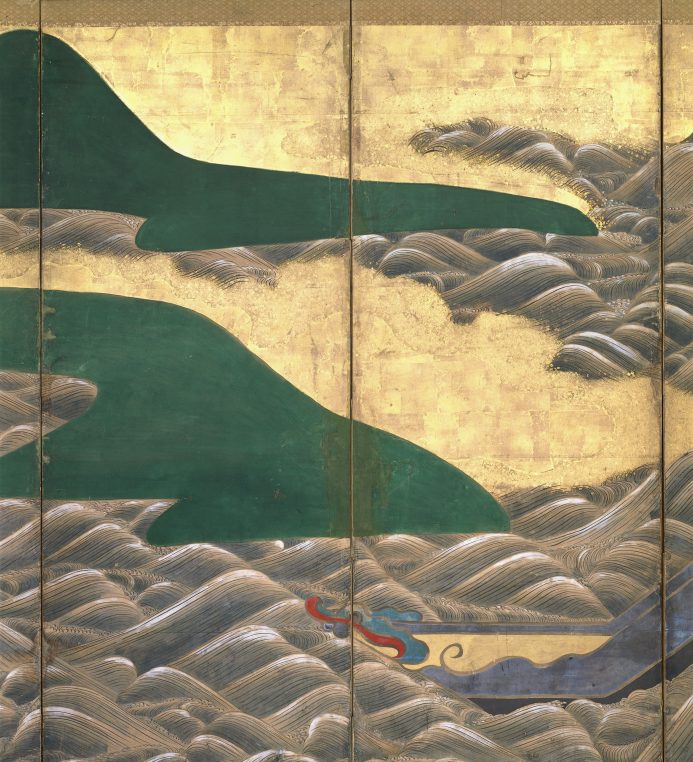 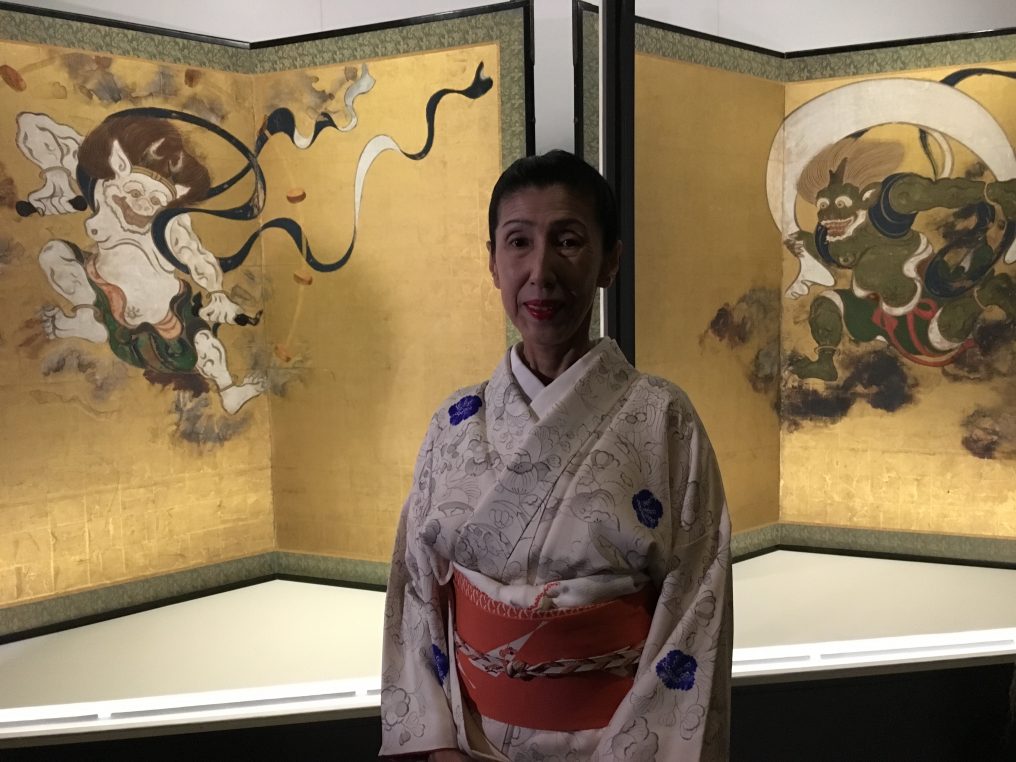 Senkyo Yamazalu, a zen and tea ceremony teacher in front of the fabulous National Treasure screen by Tawaraya Sotatsu from the Edo period

Since June, Paris has been buzzing with the Japanese season “Japonisme 2018” which celebrates 160 years of diplomatic relations between Japan and France. Japanese ambassador Masato Kitera,  who speaks perfect French,  attended Ecole Nationale d’Administration like his friend the Governor of Gifu prefecture, Hajime Furuta, who is also bilingual. They were hosting together a dinner and Ji-Kabuki performance at the Cultural center near the Eiffel Tower. At the same time, Musée Cernuschi is opening an exhibition of the Treasures of Kyoto and Fondation Custodia shows exceptional prints from the Elise Wessels collection at Nihon no hanga, Amsterdam. 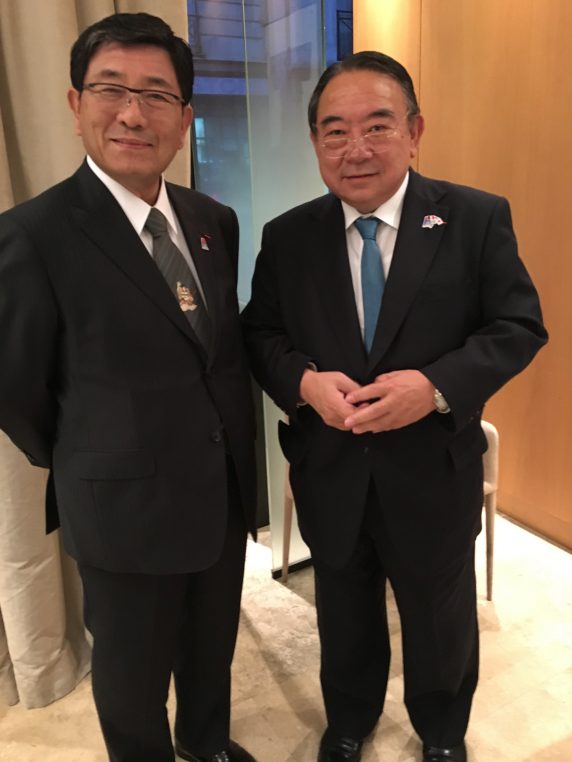 Dinner at French-Japanese restaurant Etude near place d’Iéna, was devoted to Gifu specialities including poached lobster with mushrooms and grilled Hida beef (a competitor to Kobe beef) with sparkling and still Sake … A delicious new experience to me. 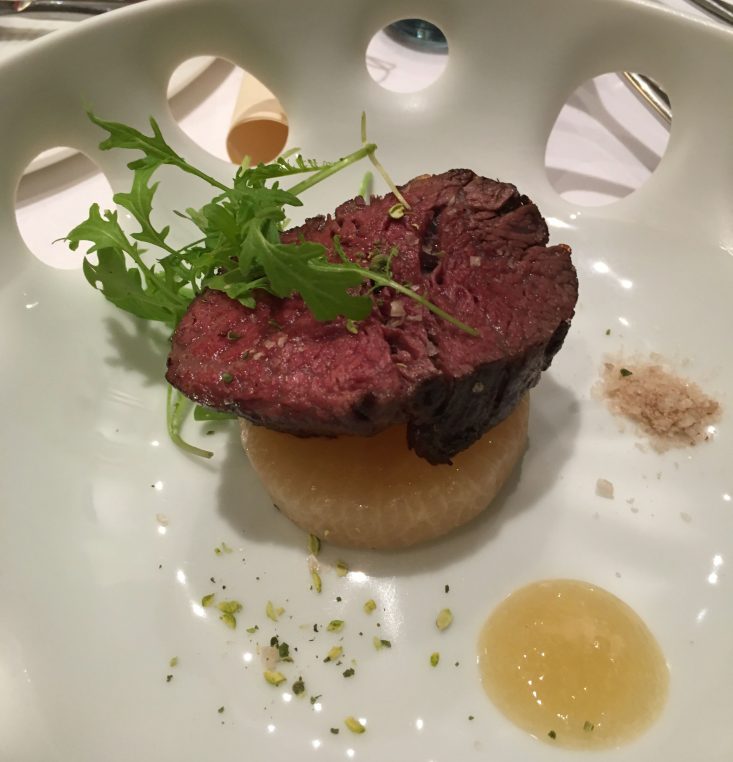 We were told about the Ji-kabuki, a provincial theatre group from Gifu, the prefecture located half way between Tokyo and Kyoto. The show devoted to love and power, was a celebration of moral values and ethics. With fabulous costumes and exotic music. And the theatre of the Japanese cultural center is a beauty. 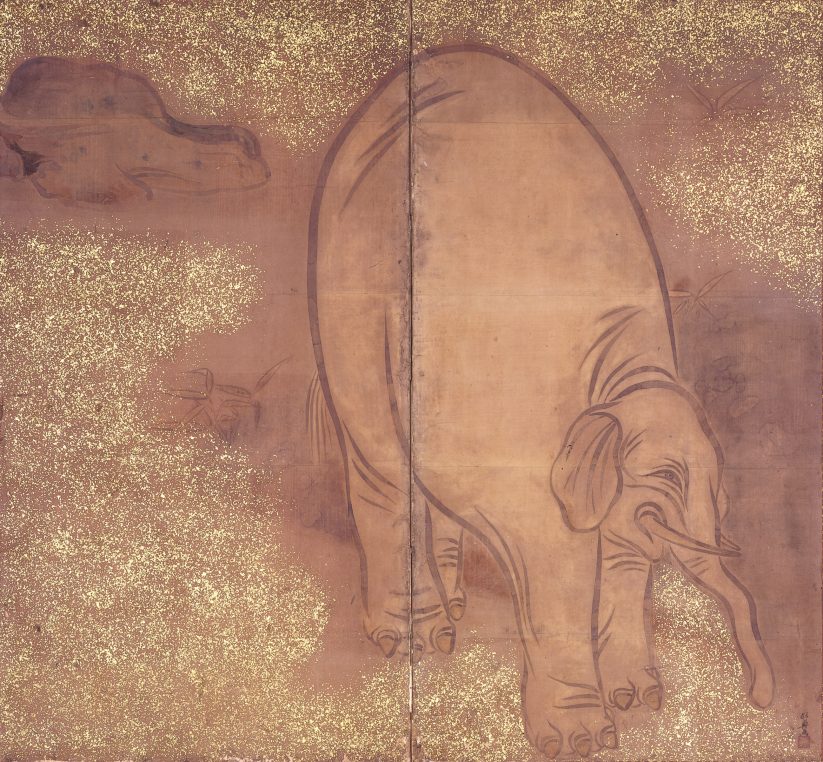 The show at Cernuschi museum is a follow up of the exceptional exhibition of Shinjuku at Petit Palais. The national treasure lent for a month, “God of winds and thunder” by Tawaraya Sotatsu, is usually kept in the Kennin-Ji Zen temple founded 8 centuries ago in Kyoto. It is rarely seen and never lent. Around this treasure, sixty works of art, screens, pottery, drawings from the Rinpa movement are also shown. 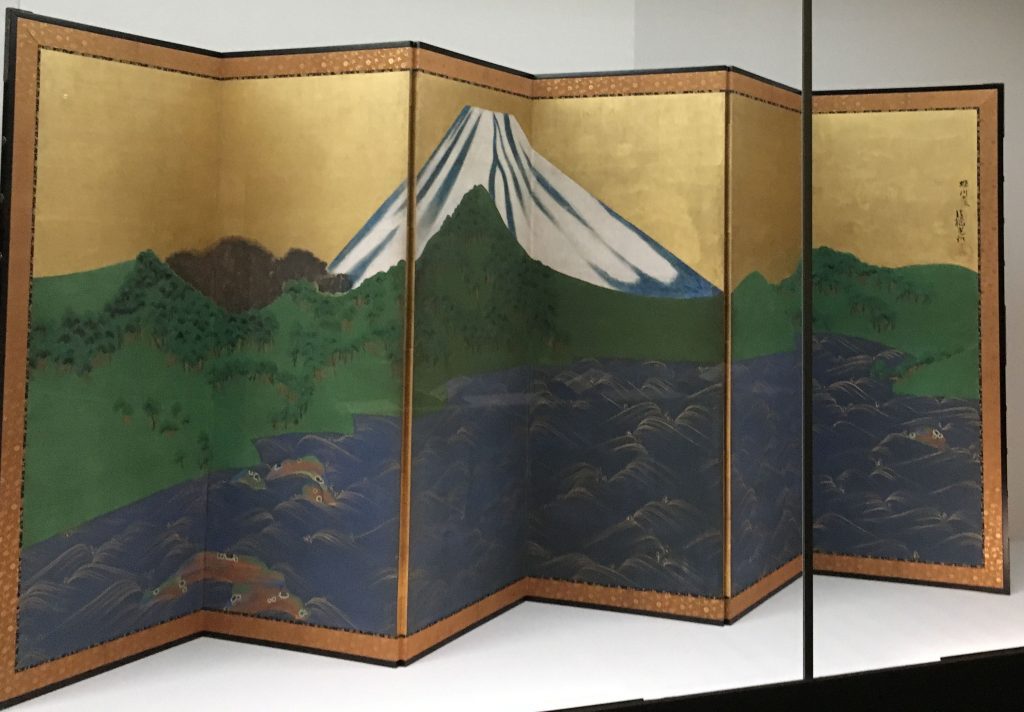 Irises on gold leaves, mother of pearl incrustations on lacquer, enameled porcelain, all treasures have come from temples and from the Hosomi museum in Kyoto. Visiting the show is, as the monks described it in their speeches, a moment of serenity and zen in our tormented world. (until January 27, 2019, Musée Cernuschi) 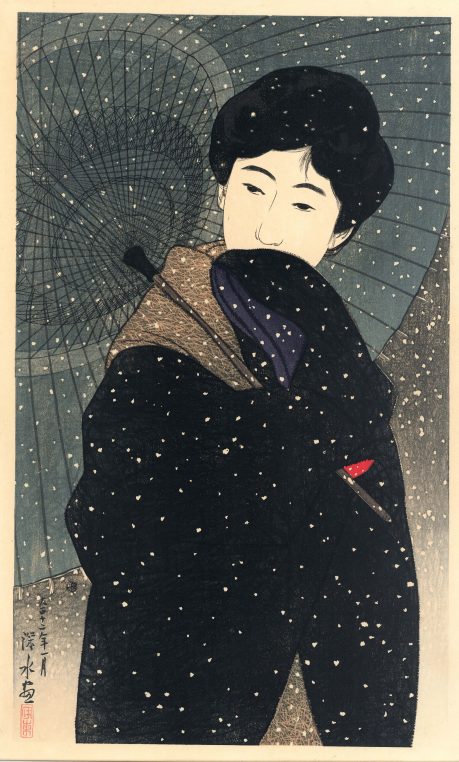 Fondation Custodia is also taking part in the celebration of “Japonisme 2018” with a lovely show which came from the Nihon no hanga house in Amsterdam. It is an exceptional collection of 20 th century prints on wood. The western influence on some of the artists who traveled to Europe is fascinating like Yamamoto Kanae‘s portrait of a girl from Brittany made in 1920. 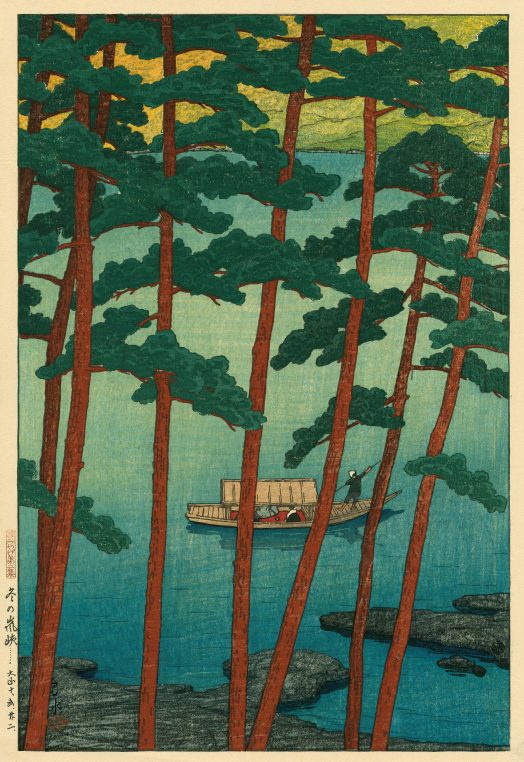 It is like all exhibitions at Custodia a perfect moment of excellence where traditional Japanese sceneries encounter Kobayakawa Kiyoshi’e Lipstick girl (1931). Do not miss it. (Fondation Custodia 121 rue de Lille, until January 6)