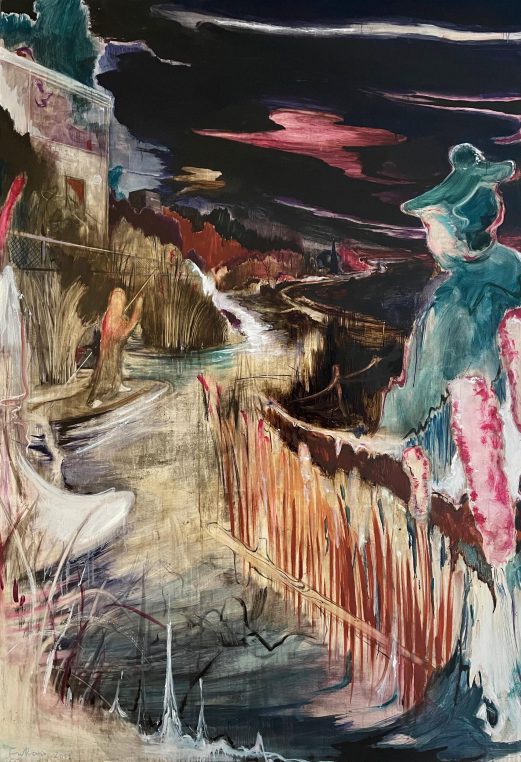 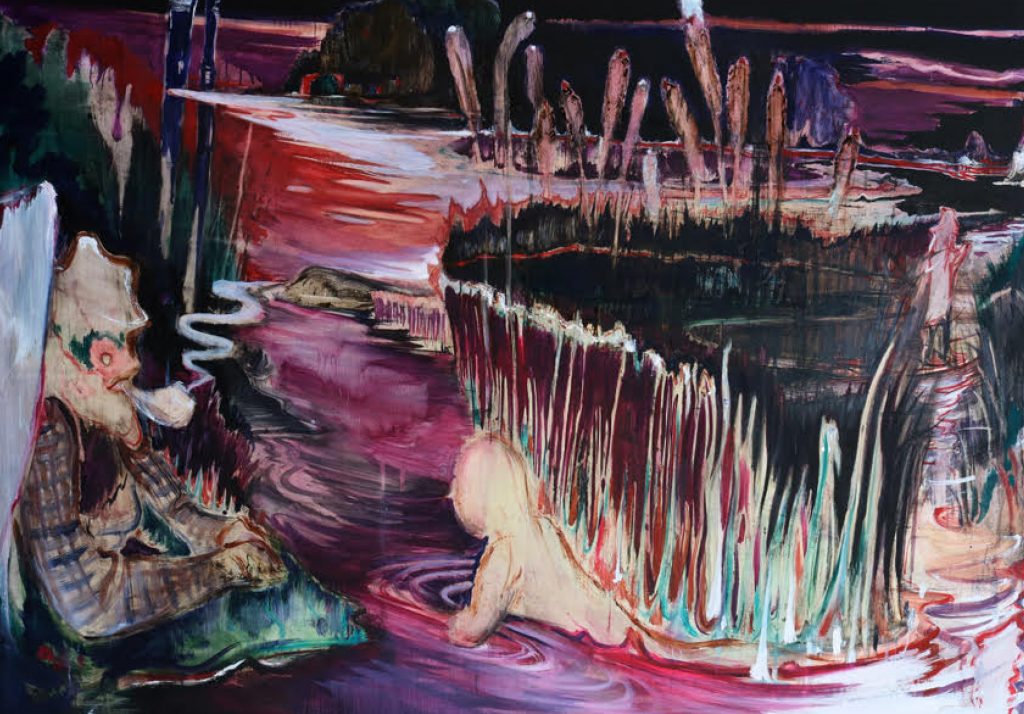 Sabine Vazieux has been around for many years and yet I had never stepped into her gallery of 5 bis rue du Louvre. She specializes in figurative Chinese and Korean artists, who follow in the steps of the great Zao Wou Ki. At the moment she shows “Immensity” by Rao Fu, a 42 year old painter from Beijing who lives in Dresden. The colors and fulgurance of his style won me over. She also has paintings by Korean painter Youn-Sé Lee and ceramist Myung-Joo Kim. 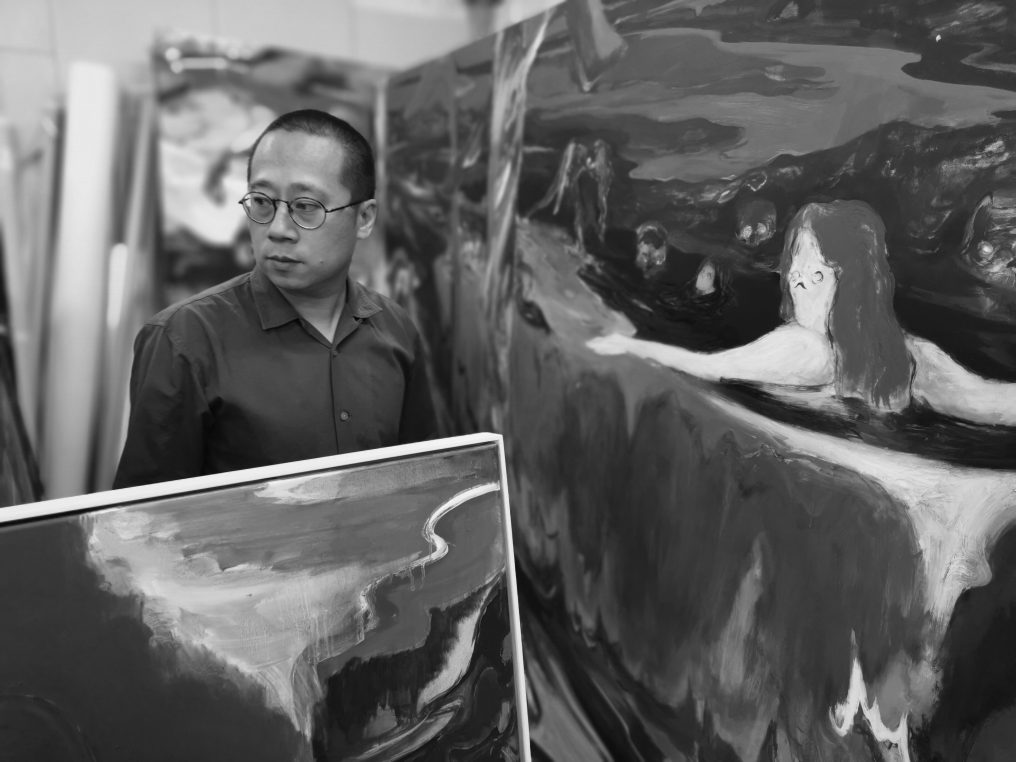 The artist Rao Fu in his studio in Dresden

After leaving Beijing at 23 to study in Dresden, Rao Fu graduated from the Academy of Fine Arts and went on to study Art therapy. He has remained in Germany since and shows in Berlin, Taipei, and Luxemburg as well as Paris. There are many classical references in his paintings and he likes to include images of the past, like costumes or carriages, a mix of oriental and occidental details in a sort of fantastic fresco. The result is beautiful and very uplifting! 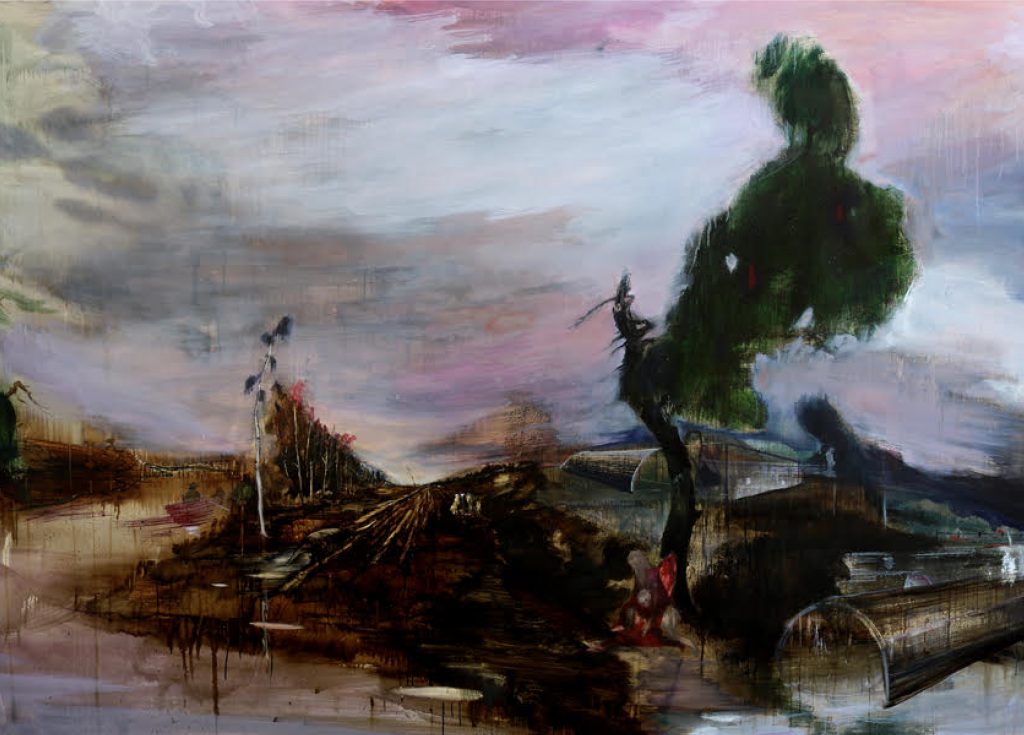 There are two scenes of fishing at night in the gallery and one called “Windflüchter”, wind, which is painted in three directions. There is an optical feeling of entering the picture. 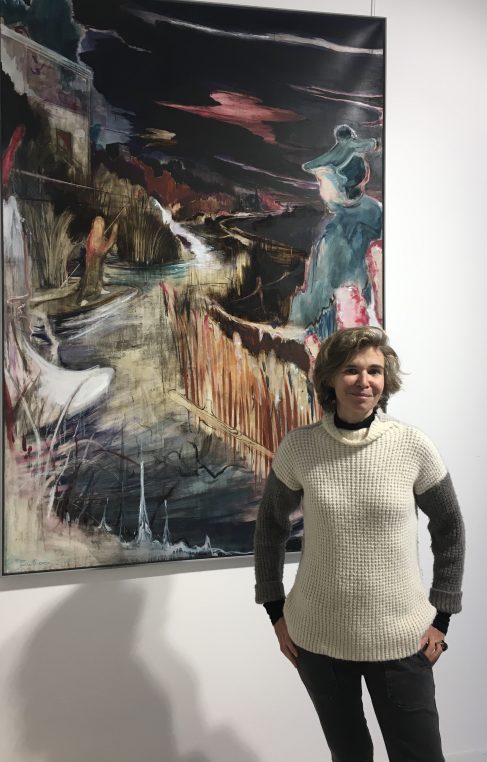 Located almost across the street form La Bourse du Commerce, the future art space inaugurated by François Pinault on January 23,  Galerie Vazieux is in the right spot for the future. Its owner Sabine Vazieux has like Galerie Italienne, anticipated and moved at the right time. 5 bis rue du Louvre, until January 16.