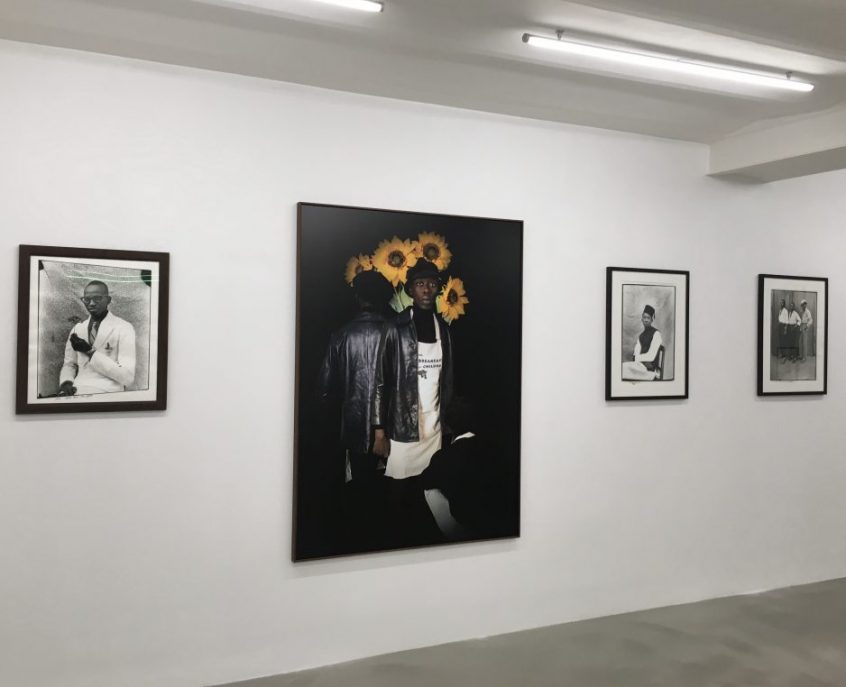 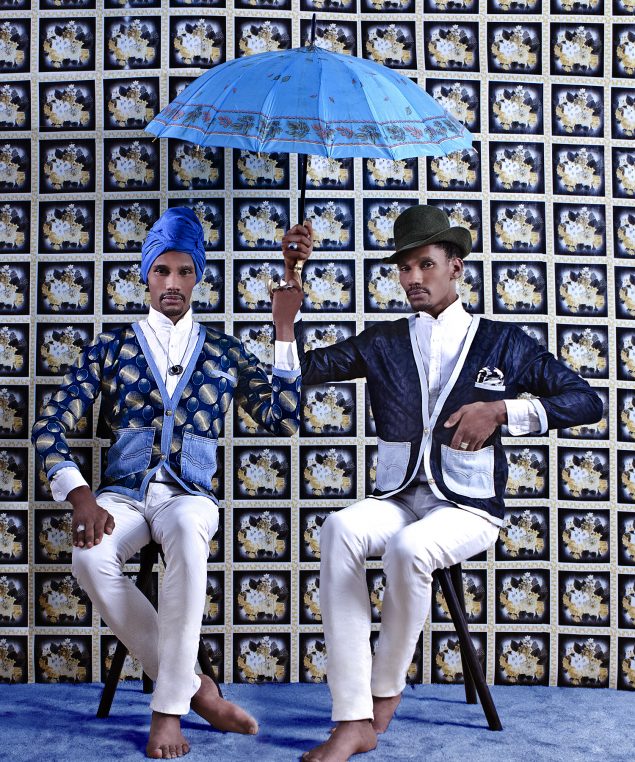 Magnin-A is located a few blocks from Bataclan in a superb space, a little North of the Marais. And it is specialized in contemporary African Art. This new exhibition “Heritage” curated by photographer Omar Victor Diop is a good sum up of the long lasting work its founder, André Magnin, has accomplished since he worked on Jean Hubert Martin‘s exhibition, “Les Magiciens de la Terre” at Beaubourg in 1989… Diop has selected works by Mama Casset, Seydou Keïta, Malick Sidibé… in the gallery’s collection, to show what his own photographic education was based on in the midst of studios in Senegal. And his large color photographs really stand out. 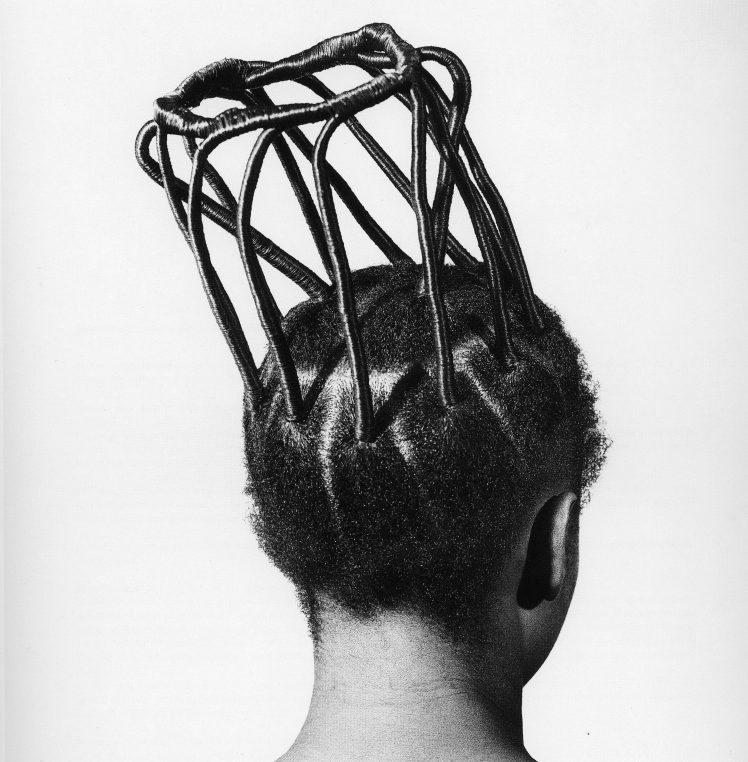 I first discovered Nigerian photographer Ojeikere‘s “Hairstyles” years ago at Paris photo at galerie Agnès B. They were small prints and there were many of them. He has made over a thousand. Here they are 50 cm by 60 cm and stand out wonderfully in the downstairs gallery. Jean Depara, an Angolese who shot young women dancing in bars in Kinshasa, in the former Zaire or Belgian Congo in the 1950’s is a great recorder of happy disco life in the 1960’s. Mama Casset worked in Dakar, Malick Sidibé in Bamako, Mali: he is well known for a picture of a young couple dancing and had a retrospective at Fondation Cartier three years.  Ambroise Ngaimoko, who learned with his uncle after fleeing the war in Angola, is the only one still alive, he lives in Kinshasa. 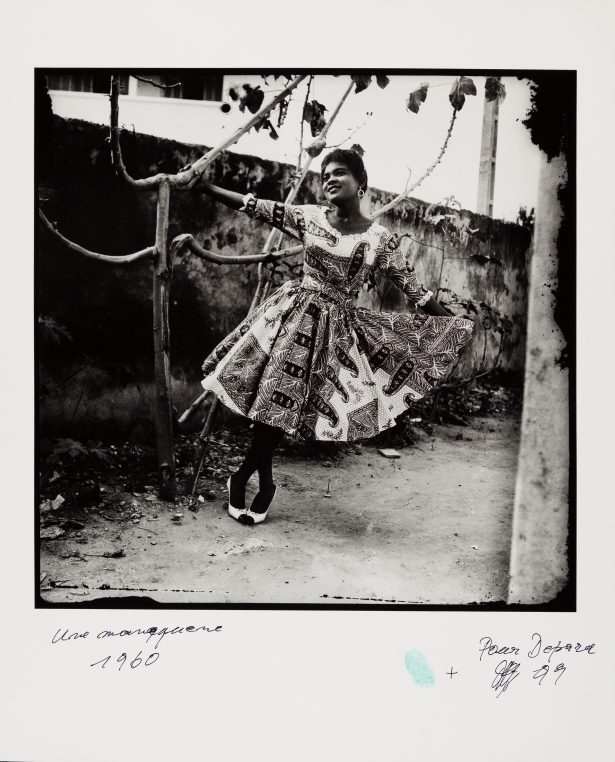 Seydou Keïta is probably the most famous of the group. He worked in Mali and died in Paris at 80 in 2001. He was the topic of a large exhibition at Grand Palais in 2016 where his oversized characters fascinated everyone. Omar Victor Diop  is a multifaceted photographer who works out of Dakar. He recognizes Malick Sidibé as being a prime inspirer in his career: they both photograph fashions and trends of their time. “Truth, solemnity and dream” are part of his story. But he mostly concentrates on showing how creative the new generation of urban and ambitious Africans has become. In the series “Diaspora”, he often set himself as characters representing notable historical African figures. In “Liberty” he evokes and acts meaningful moments of the Black protest. Here, he picked fifty vintage photographs from André Magnin’s collection and shows seven extraordinary shots of his own including two of women. 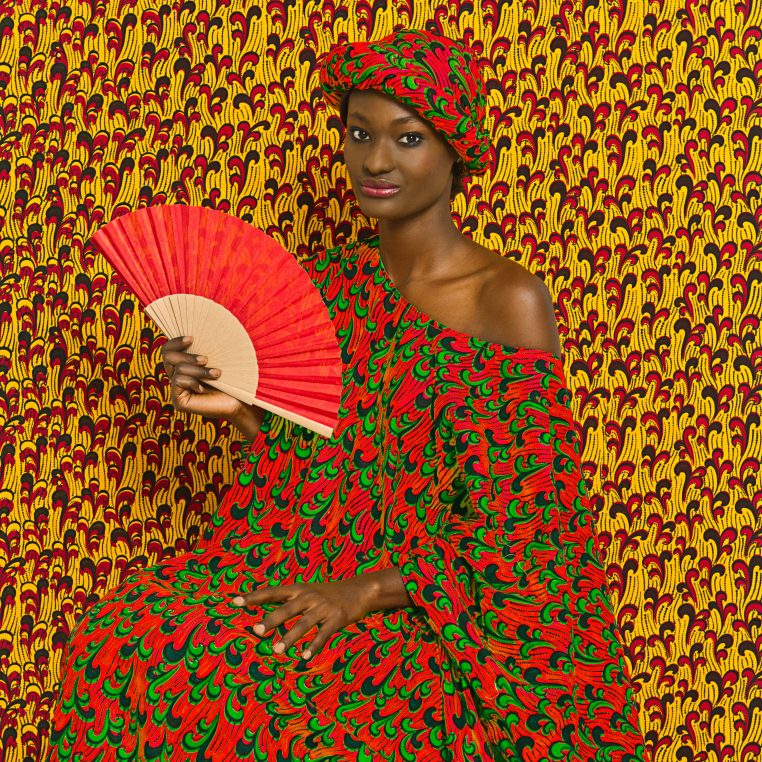 Omar Victor Diop combines art photography with editorial work with magazines and fashion shoots. He is a rare combination of studio photographer and a true artist.  The hanging  of black and white small vintage photographs with his large color portraits is very interesting in the space. You might already be familiar with some of these works which feature at MoMA and in many private collections such as Jean Christophe Pigozzi‘s.  Make sure to go and visit. It is quite spectacular.

2 Comments on “At Galerie Magnin-A, Omar Victor Diop takes us on a ride around Africa”