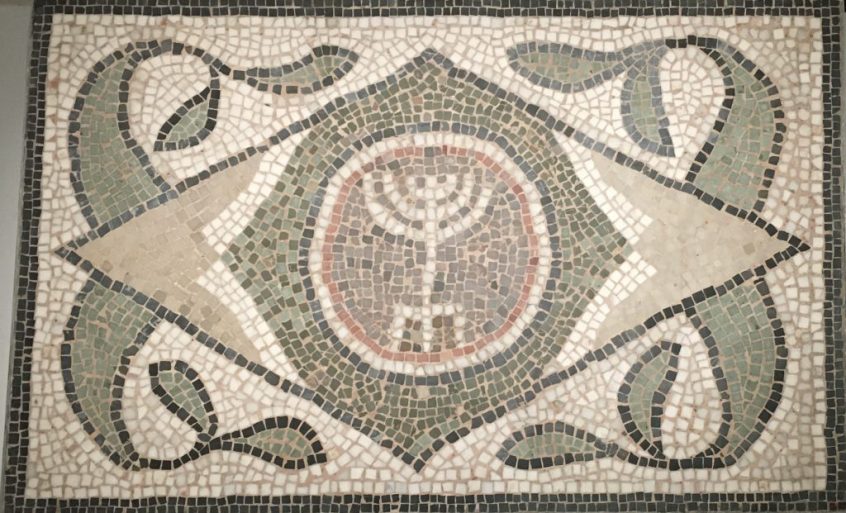 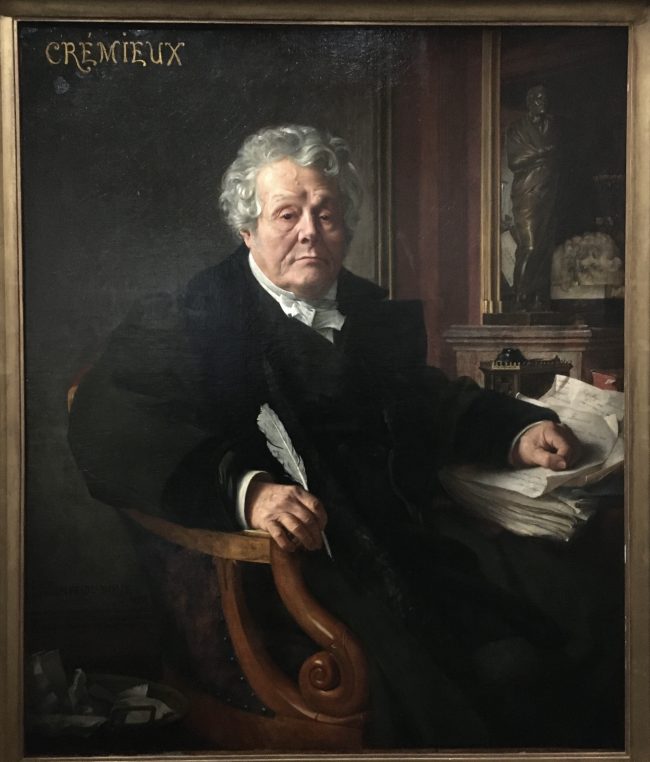 Jean-Jules Antoine Lecompte de Noüy, Portrait of Isaac Adolphe Crémieux, 1878, Paris MAhJ. He spent his life trying to emancipate Jews and especially when he was minister of Justice in 1848 and in 1870

Institut du Monde Arabe always has nice surprises for us and the exhibition “Juifs d’Orient” puts a light on the eternal coexistence of Jews and Muslims in most of the Mediterranean countries. It covers twenty six centuries with 280 objects from Syria, Yemen, Iran, Egypt, Turkey, and a large section on North Africa where the French had strong interests until 1962. The expulsion of Jews from Spain, in 1492, led to an emigration of the communities to Morocco, Algeria and Tunisia. A large presence of menorahs in Jewish iconography is particularly interesting, the Roman synagogues in European countries and Tunisia, the importance of new laws in the 19 th century and various photographs are some of the hight points of the show. There were a few visitors from North African origins while I was there and it was fun to listen to their excited comments. 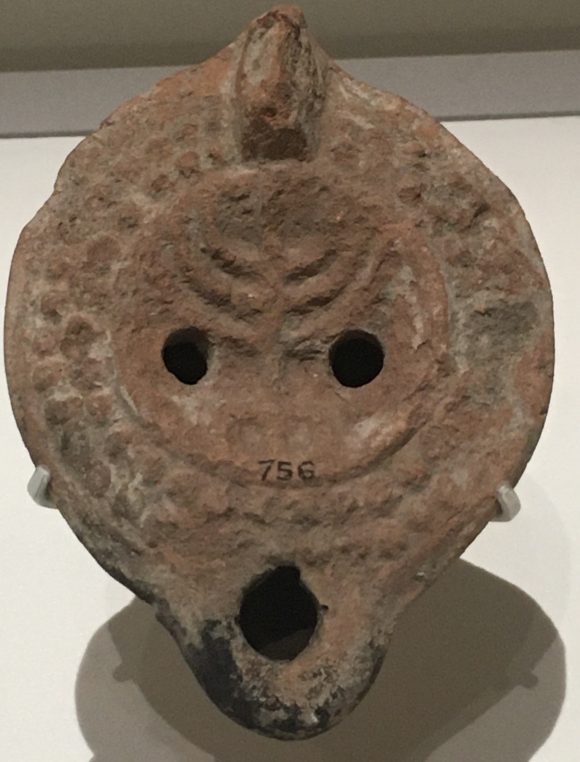 There are quite a number of 19 th century finds in the exhibition including a gouache by Princesse Mathilde (Napoléon’s niece) of “A Jewish woman in Algiers” in 1866, the scandal of the Damascus affair when in 1840, the French consul accused a young Jew from the Stambouli family to have killed an Italian monk form the Capuchin order.

Adolphe Crémieux and Sir Moses Montefiore were sent from France and England with a delegation to investigate and prevent the outbreak of violence. This event raised awareness amongst European Jews of the need to intervene in order to help their Oriental co-religionists. This also led the French to create after 1860, a network of 130 schools by the Alliance Israelite universelle in Maghreb. In 1870 Crémieux promulgated a decree giving French citizenship to 35 000 Jews who lived in Algeria, which was revoked by the Vichy government. and led to uprising with the Muslims who felt this decree unfair… 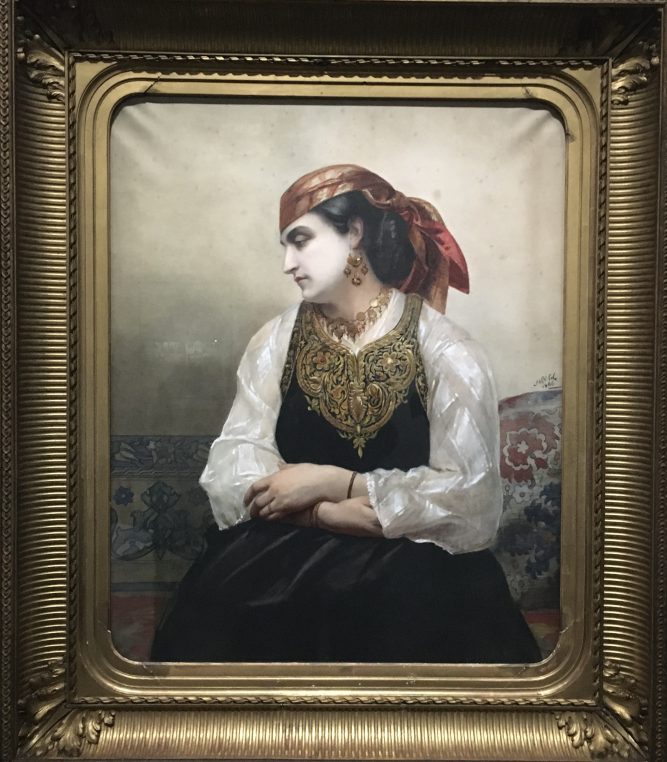 The show starts with a painting by Marc Chagall, of “Moses receiving the tablets of the Law“. It then accumulates an impressive number of menorahs in diverse archeological or medieval periods. This seven branch candle holder has always impressed me esthetically and I did not know it had become the principal symbol of the Temple of Jerusalem after the destruction of the Kingdom of Judah. A Spanish funerary brique from the 4 th century, a Roman mosaic from the 6 th century in the Naro synagogue in Tunisia, an Egyptian lamp from the 3 rd century, are all emblematic objects. 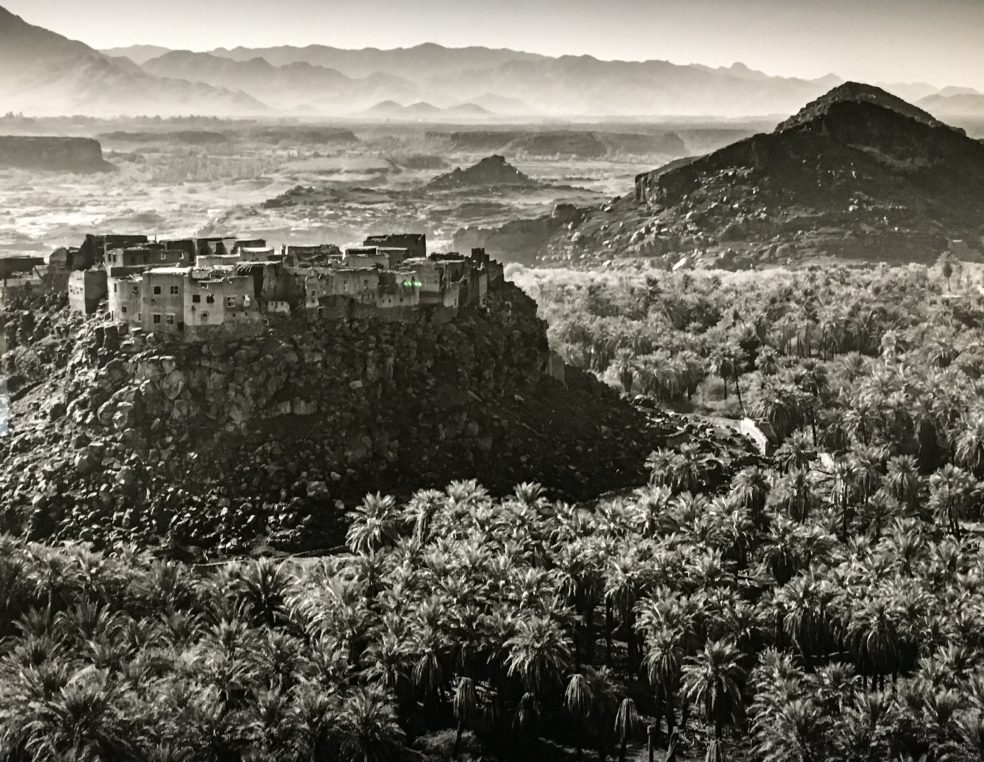 Humberto da Silveira, Photo of teh site of teh Khaybar oasis in Saudi Arabia, 2020, (detail)

Another surprise was to see the photographs of the Khaybar oases in Saudi Arabia. Located on a major caravan route, this fortified site is organized around a vast palm grove. Arab historians wrote that seven of the communities settled on rocky outcrops were jewish and they were defeated by the Muslims in 628. Brazilian photographer Humberto da Silveira  who has lived extensively in Saudi Arabia, went there recently and took fabulous shots of the site.

There are multiple torah holders decorated with silver and gold. There were 1 million jews in Arab countries in 1945 and only 30 000 nowadays, mostly in Morocco. The exhibition is particularly interesting for its multiple illustrations of Jewish communities in teh 19 ht and 20 th centuries with wedding scenes and fashion, jewelry, etc.