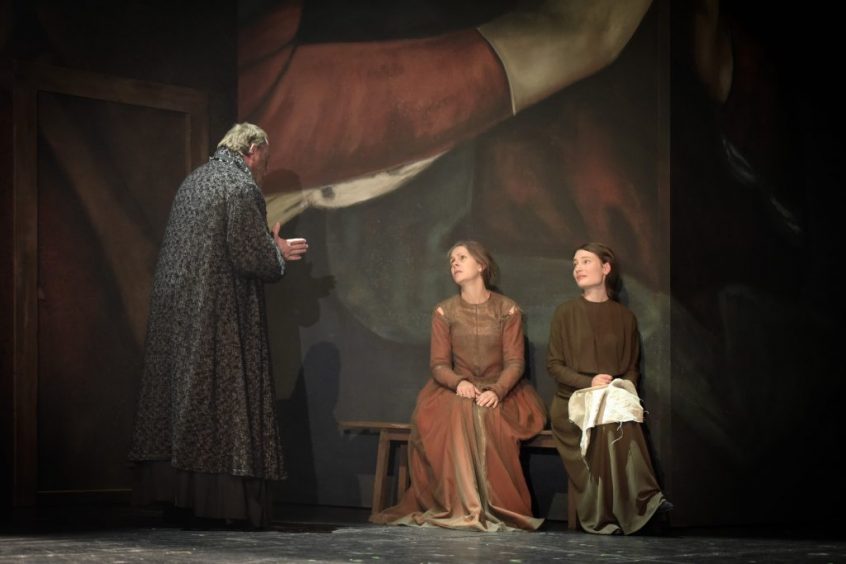 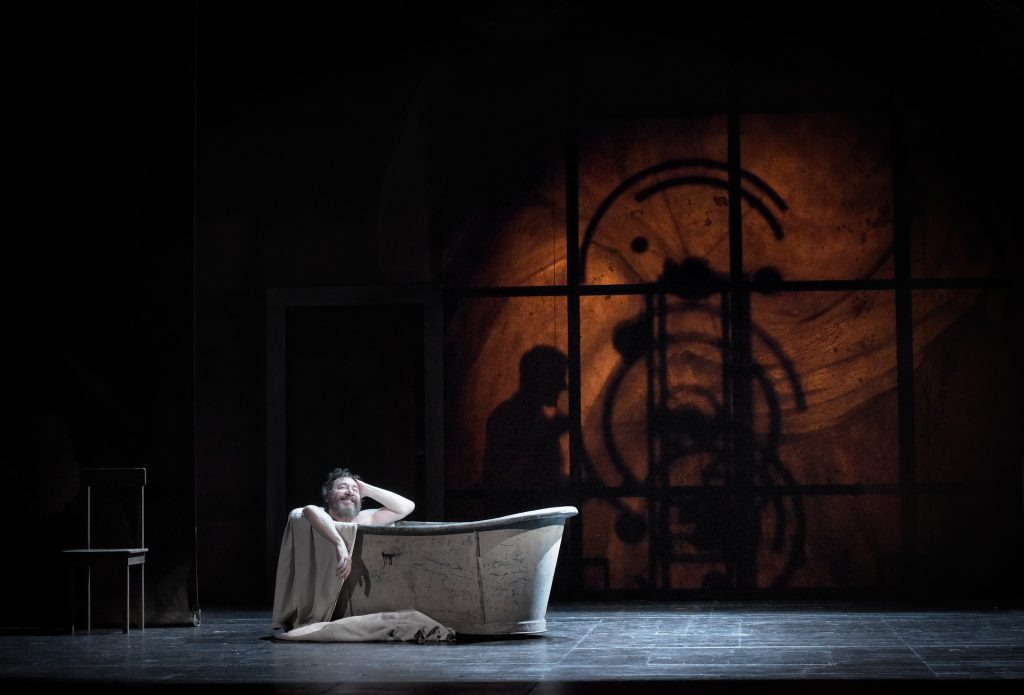 The first scene with Hervé Pierre as Galileo, taking a bath, © Vincent Pontet

What a great surprise it was to see Bertold Brecht’s “Galileo” at the Comédie Française. I don’t usually speak about French only shows in these columns but the play is so spectacular that I had to mention it to you. The direction is by Eric Ruf, administrator of the theatre, the fabulous costumes by Christian Lacroix and the lighting by Bertrand Couderc. But what is most overwhelming is actor Hervé Pierre who plays Galileo. I forgot about the play being a little long, that the air-conditioning was not perfect on this stuffy evening, and let my mind drift into 17 th century Padova and Florence for three hours. And the public clapped hysterically at the end. 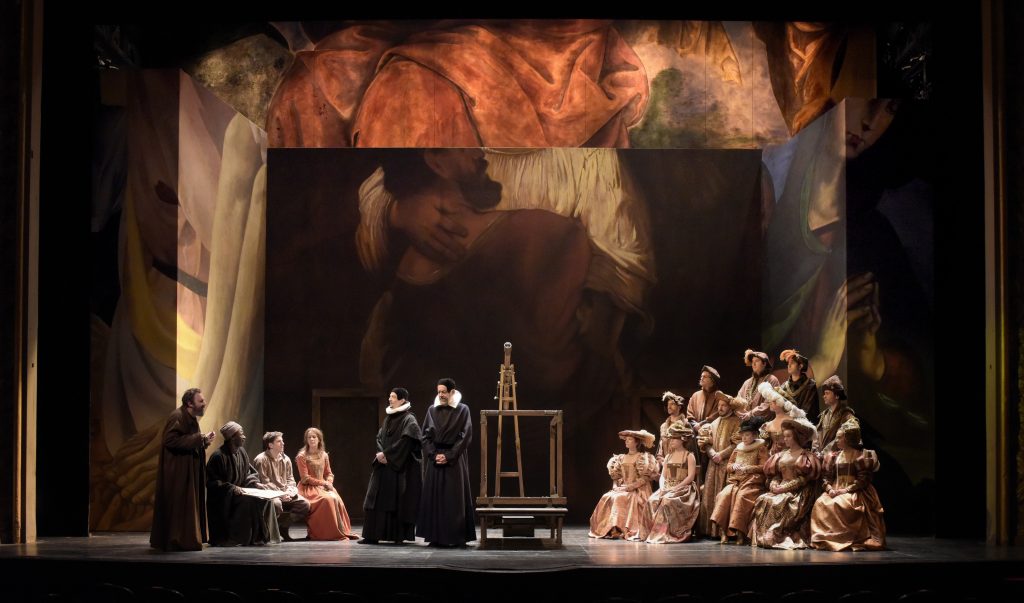 Galileo tries to convince  Côme de Medicis of his findings, against the Inquisition © Vincent Pontet

Bertold Brecht wrote this play in 1938, but reworked it in English while living in California after he fled Nazi Germany and finished it in 1954 in RDA.  He was forced to leave the US after being threatened by Mac Carthy in 1947. The theme is about refusing religious obscurantism and developing knowledge among the most modest students like the young ignorant Andrea Sarti, whom he entirely trains, and who will save his “discorsi” at the end of his life. Galielo is surrounded by faithful assistants who are his true family with his daughter Virginia. 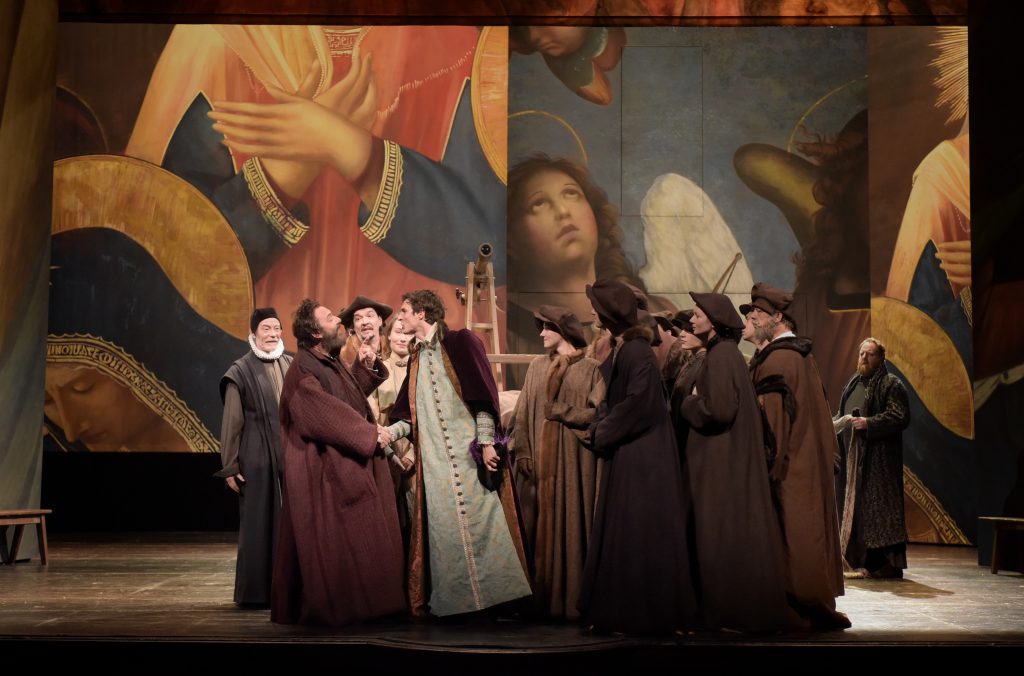 Galileo with a group of students, © Vincent Pontet

The use of religious paintings as background gives a unity to the different places, Venice, Padova, Florence and Rome, it is also a very efficient faire-valoir for Christian Lacroix’s costumes which are stunning. The court costumes and the pope’s outfits especially of course with their gilt embroideries and lavish skirts. But also the very subtle dark coats modeled on the XVII th century fashion. 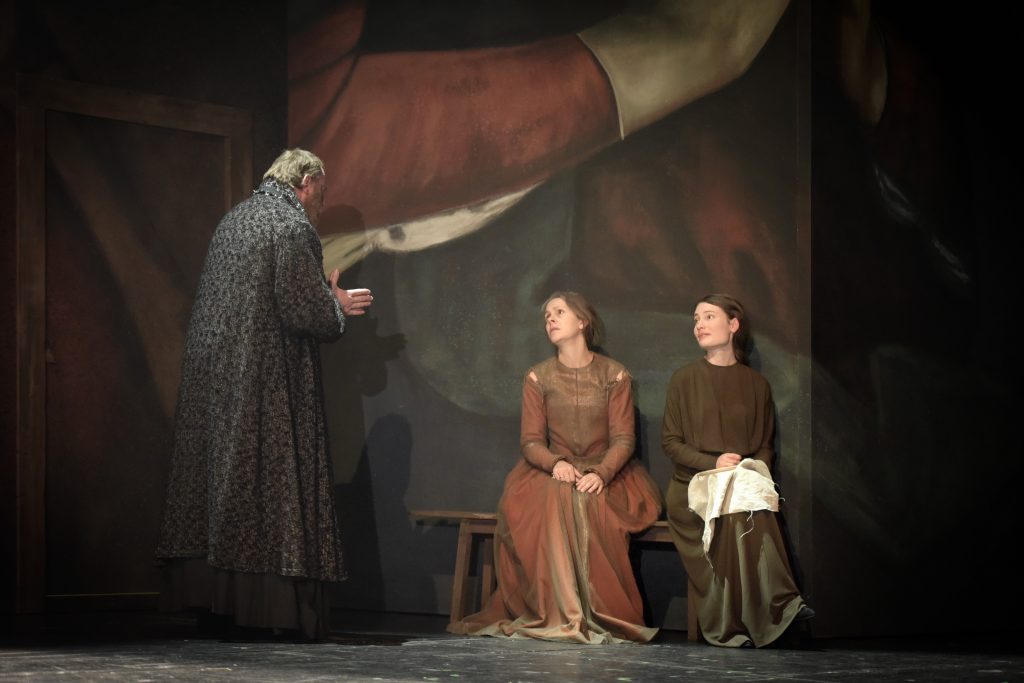 It is rare to hear so many and such fabulous actors on stage. The Comédie Française (the French equivalent to the Royal Shakespeare company) remains of very high quality in our world of approximation.

Until 19 July at 8.30 pm. Comédie Française  And since most evenings are fully booked, I recommend that you do like me, queue at 7 pm in front of the main entrance. At 7.30, you can walk in and buy returns, which are usually the best seats in the house.

2 Comments on “At la Comédie Française, the best fashion show in town”