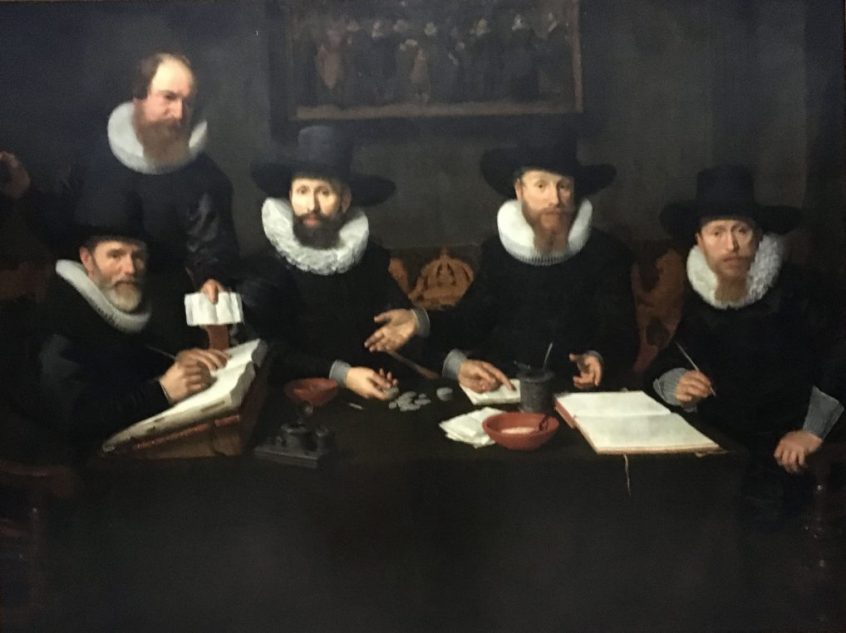 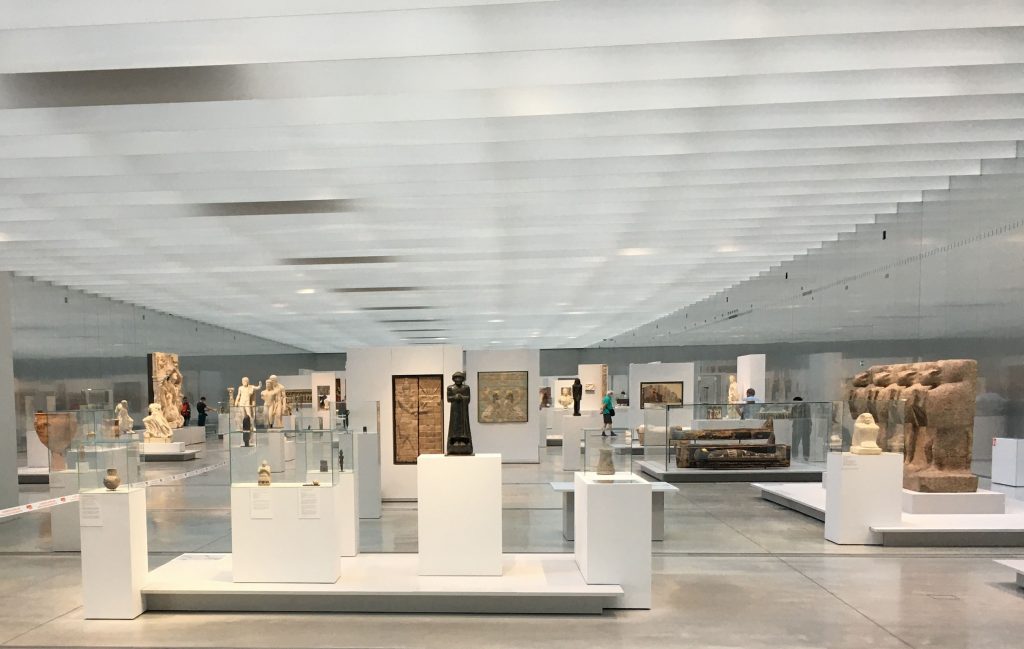 The Louvre Lens is a place I try to visit every year and their program of exhibitions is rich enough to justify the 2 hour and a half drive from Paris (1.30 on the train). Their new show is devoted to “Black Suns, from Egypt to Soulages” and its diversity is very exciting. I was almost alone at 10.30 and loved the way the garden has grown around the steel and glass building designed by SANAA, the Japanese architects. The permanent gallery filled with  treasures from the Louvre is incredibly intimate and happy. 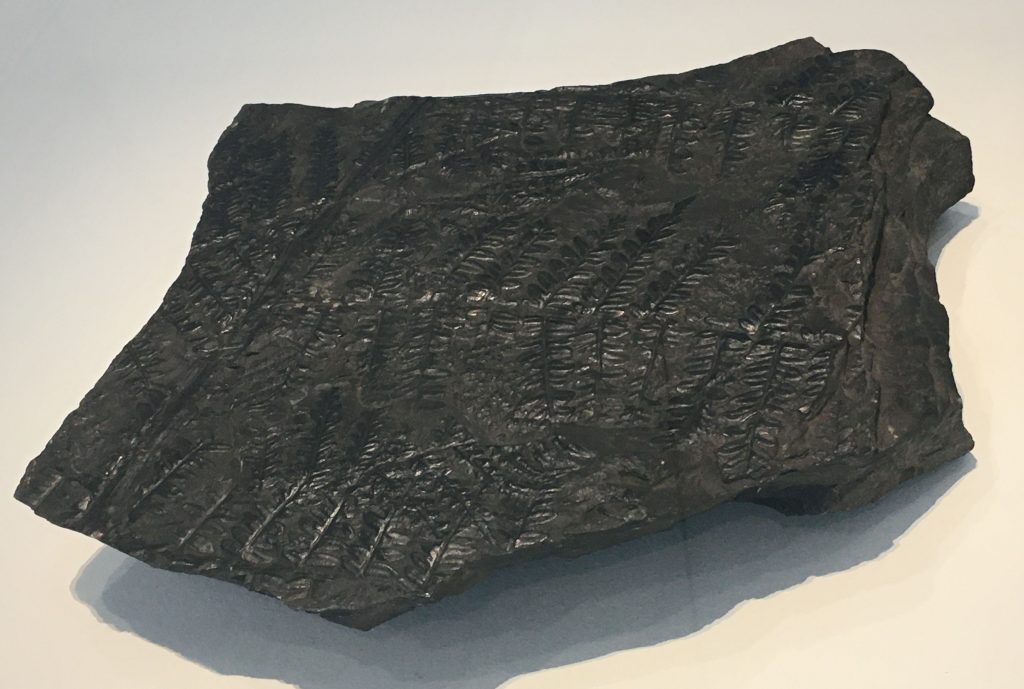 Lens used to be a mining town and the annex to the Louvre was built there to help revamp this city plagued with unemployment in a dreary part of Northern France. The museum has not had the “Bilbao effect” on the town, but many Dutch, Belgian and British tourists stop on the way south to visit and to have lunch in the excellent restaurant where booking is mandatory. I personally find it as delightful as Fondation Beyeler in Basel or the Menil Collection in Houston. A perfect mix between good architecture and superior collections. 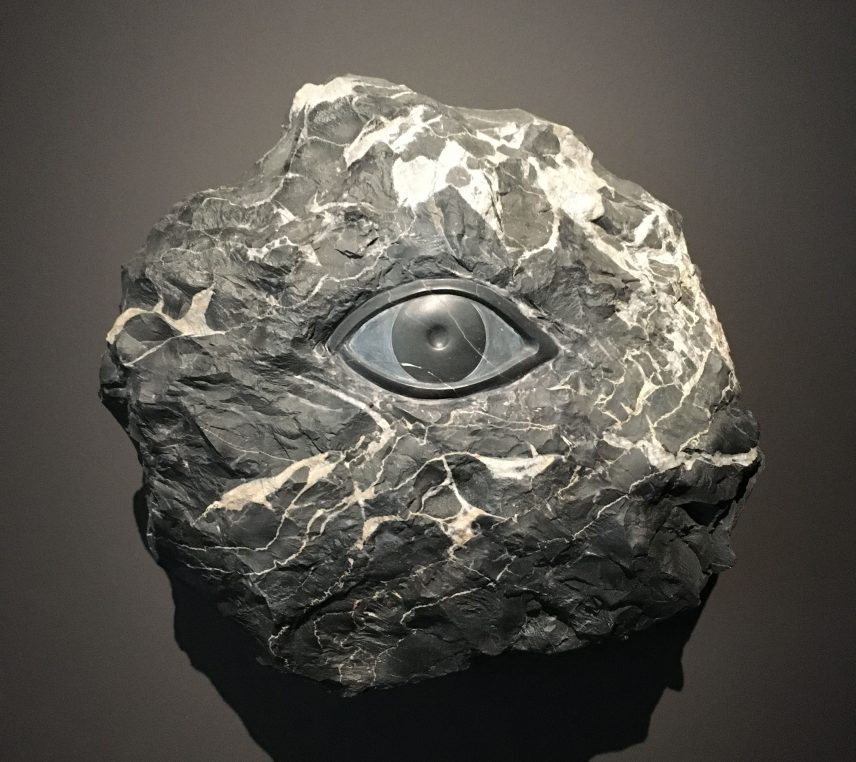 After passing a coal fossil which illustrates the culture of the area, you enter a room with six “Panoptès” marble sculptures by Laurent Grasso. Six eyes which represent Argus from the Metamorphosis of Ovide, “The man who sees all”. They look at the public and question the problem of sight in darkness. In the same room, a painting by Dorothy Napangardi, an aborigen artist, is made of white dots on a black canvas. 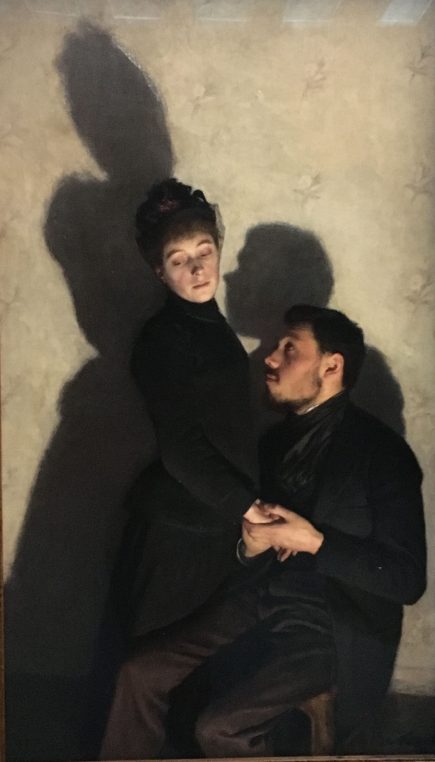 Then you enter a more conventional series of rooms with a large painting of “Beethoven’s The moonlight sonata” painted in 1890 by Benjamin Constant (not to be mixed with the 18 th century writer). The painting is very dark and the moon projects a faint light on the composer playing the piano. It comes from Palais des Beaux Arts in Lille and is a curiosity. A number of paintings at night like “Werther’s tomb, Night Effect” by Jean Baptiste Deperthes from Reims, Joseph Vernet’s “Landscape Moonlight Effect” from the Louvre and Louis Baader’s “Hero and Leander” from Grenoble, alternate with a video of a storm by Ange Leccia, more Vernet and this extraordinary portrait of a young couple, “Cast shadows” by Emile Friant who works close to photography. 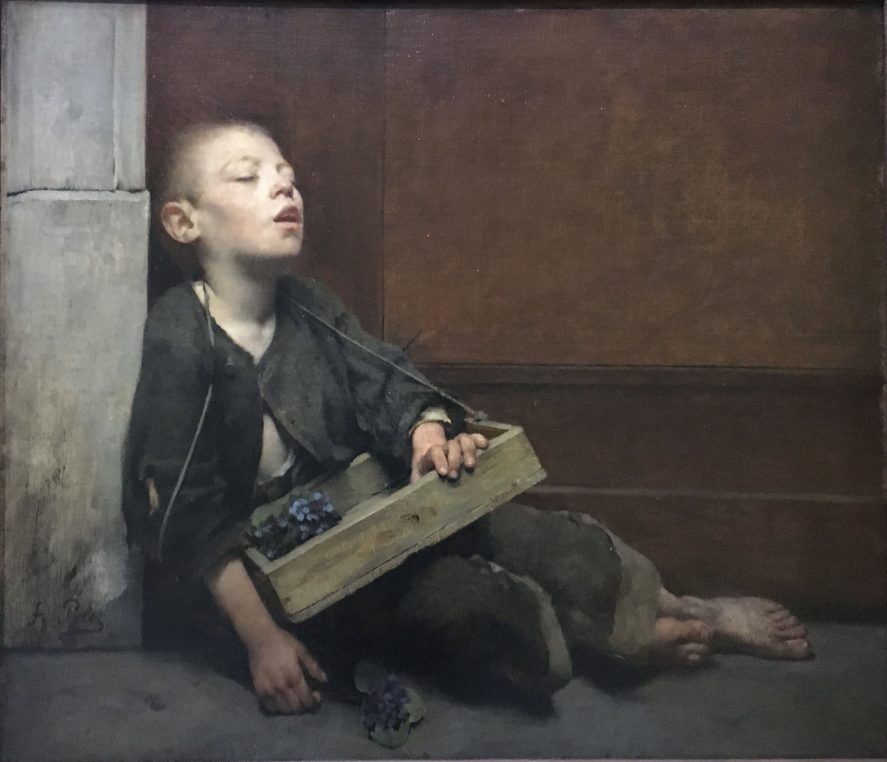 There is of course a sculpture by Rodin “Large Shade”, a wooden vessel by David Nash, an intriguing  “Self portrait as Hamlet” by Eugène Delacroix,  a beautiful Osiris  from 664-332 bc, a black wooden sculpture of a virgin and child on a ship… And then after a few vanities and corpses, a spectacular room of Dutch portraits called “Austere luxury” hung on a purple velvet. Apparently to get a beautiful dye of black was very expensive in the 16 th and 17 th century, and after Clouet the color black became the rule among the Protestant Netherlands and Catholic Spain. There is a superb Veronese of a woman and child. 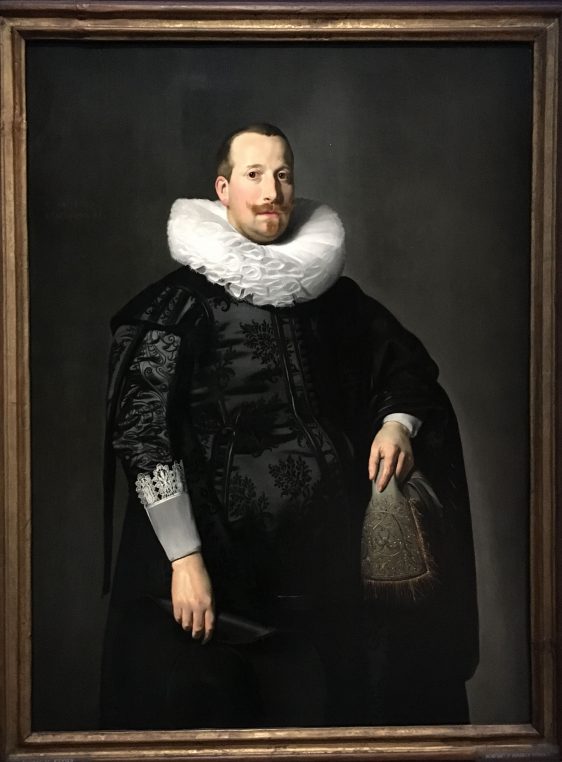 A very large painting of women in black by Emile Friant called  “Grief” fills a whole wall in the next room and then fashion comes on stage with Carolus-Duran in 1869 and Yohji Yamamoto in 1990. Malevitch of course is represented by “Cross (black)” of 1915 and Kandinsky in 1933 with his “From here to there”. José di Ribera appears just before the modern Pierre Soulages  and  surprisingly good early paintings and an installation by Bernar Venet. César, Arman and Kounellis each have their work in the same room which gives a lot of oxygen to the show after the beautiful but austere Dutch paintings. 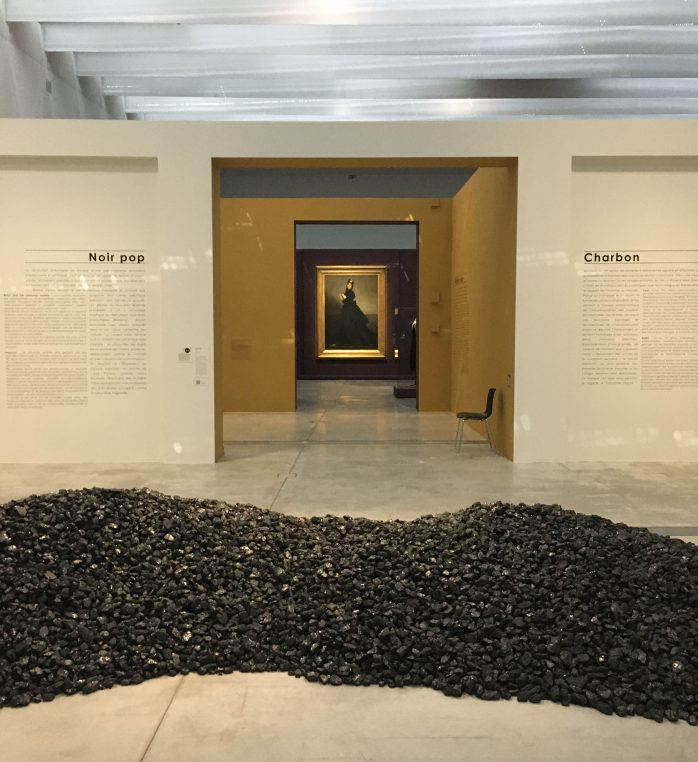 An this I what I particularly liked in this exhibition curated by Juliette Guépratte, Marie Lavandier and Luc Piralla. The mix of contemporary works and social paintings describing the incredible poverty of miners, the sacred and the futile, the monochrome, death and suffering, are all interesting themes which are treated in depth. There is none of this “let’s add a few contemporary videos”, and every piece has a purpose. I loved the variety of works (paintings, sculptures, installations, religious, lay, etc.) and the scenography is lively without being tiring. 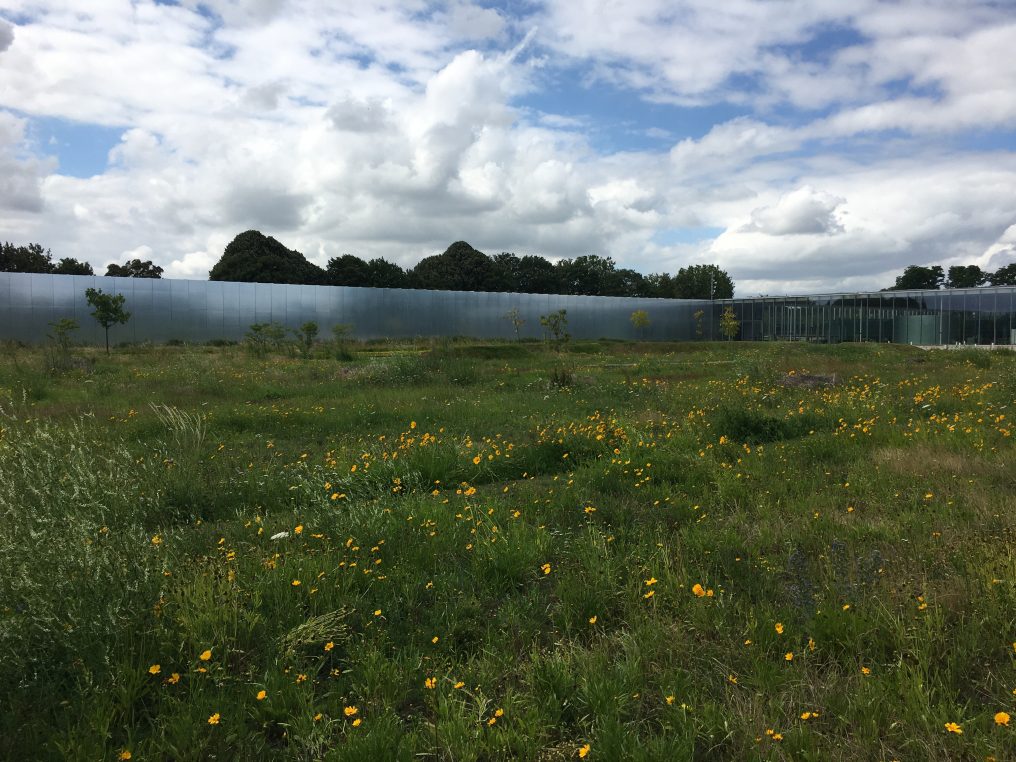 The garden has grown around the prodigious building

So try to drive by Lens this summer or in the autumn. It is a very exciting visit.  Louvre Lens, until January 25, no mandatory booking at the moment. Closed Tuesdays.

3 Comments on “At Louvre Lens, Black is the winning color”