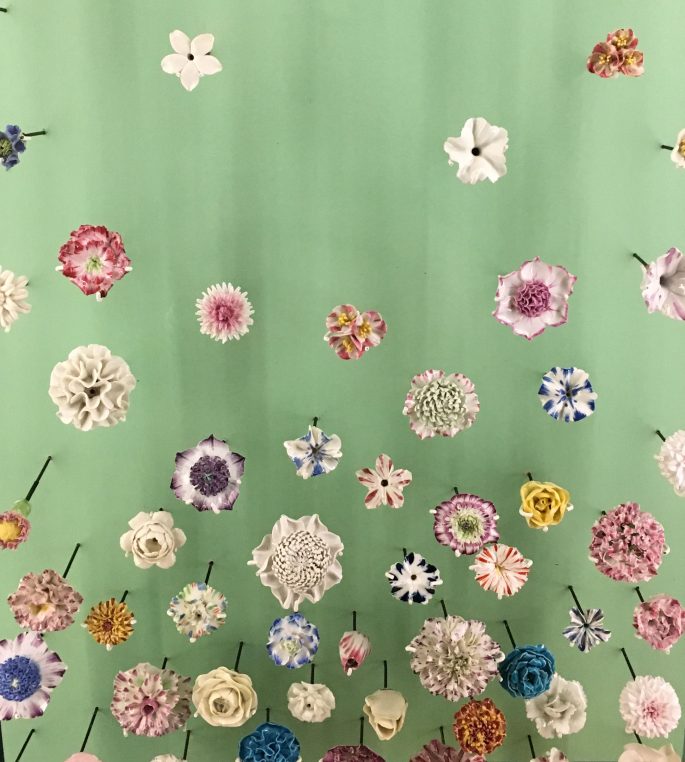 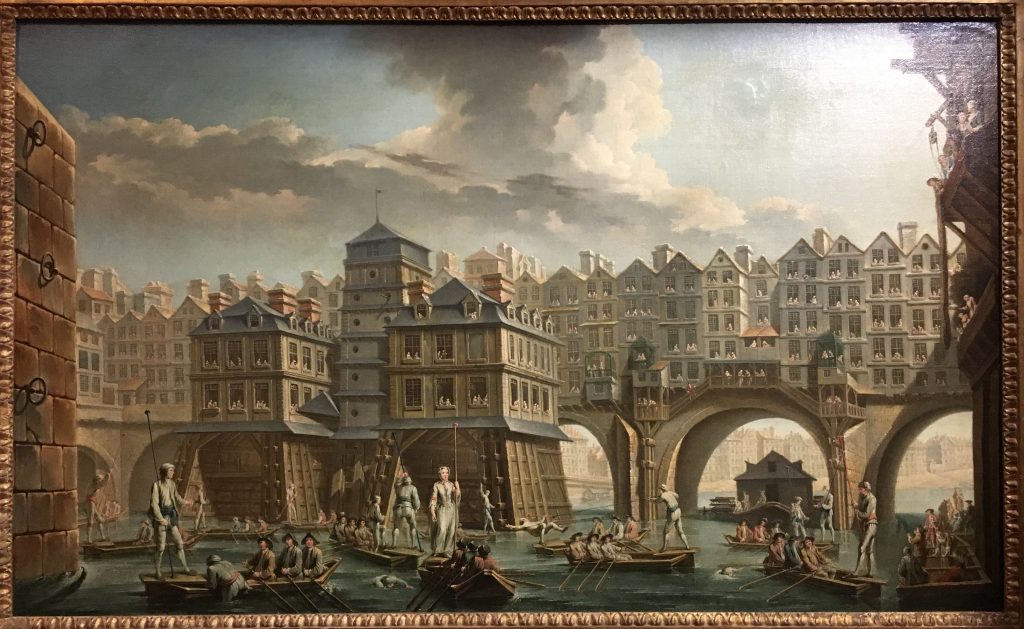 The corporation of ” Marchand Mercier” was created in 1137 in Paris with five other associations which  represented the industrial aristocracy of the city. They were allowed to import, collect, design, and sell luxury furniture or objects made in France by an International array of artists. The shops were located mostly around the Place des Victoires, the Palais Royal and on bridges on the Seine. The ads were painted by François Boucher and Jean-Antoine Watteau. A charming exhibition of 18 th century treasures is at Musée Cognacq-Jay on rue Elzévir until January 27. 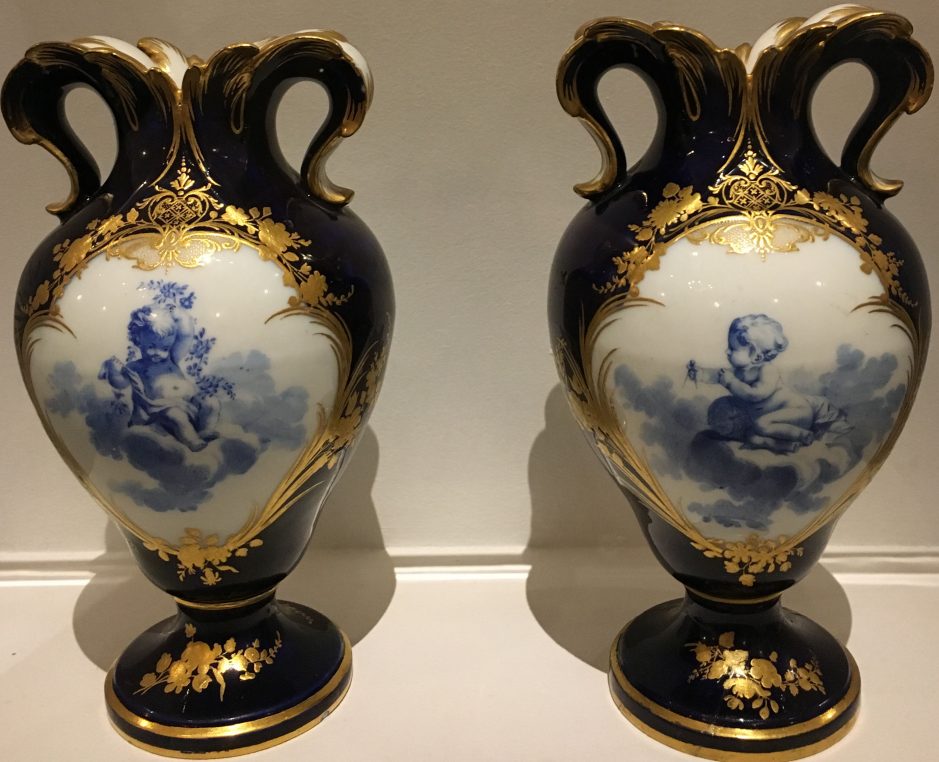 It is so appropriate to see this collection of decorative arts from the 18 th century in the ravishing Hotel de Donon, devoted to Ernest Cognacq’s collection! This successful entrepreneur was the owner of La Samaritaine, a now defunct department store jagged by Bernard Arnault, and after creating many medical and social foundations, he bequeathed his furniture and paintings to the city of Paris. This includes many Fragonard, Boucher, Tiepolo and Canaletto all visible from close up in the tiny rooms of the 16 th century house. 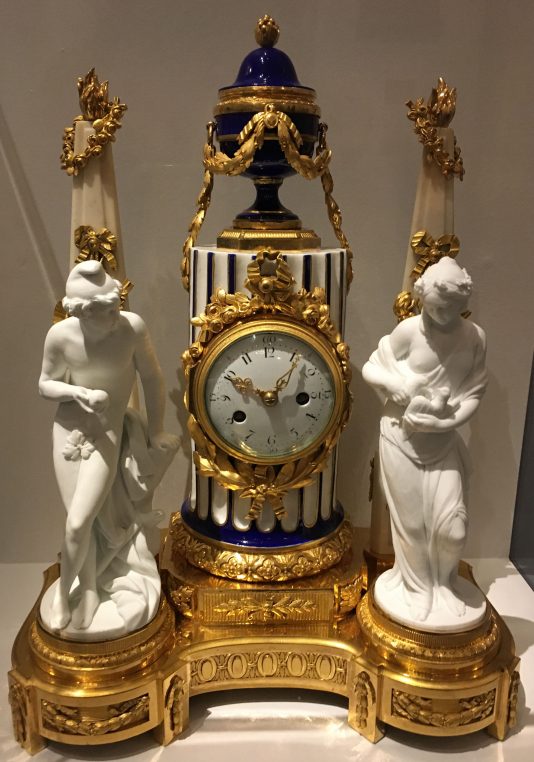 The story of these commissions and Chinese importations is very well told through lavishly hand written bills and books like the “Nouveau tarif des glaces”, listing the price of mirrors and printed in 1758. All the documents give an idea of the luxury conveyed by Dominique Daguerre or Martin-Eloy Lignereux who dealt with Czar Paul I or the Prince of Wales. They introduced in France Josiah Wedgwood, including porcelain plates on furniture and retired in London at the Revolution. Most informations on orders come from marriage and death inventories. 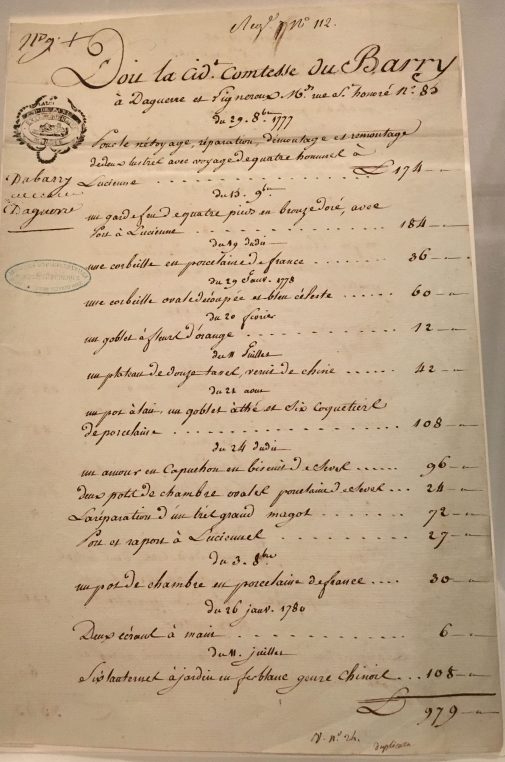 A bill for Madame du Barry for porcelain sold by Daguerre

In 1775, there were 3 207 “marchands merciers” in Paris. They had gone through a three year training to guaranty their capacity, and had to be French citizens and catholics. they are often a powerful support to the King and financed a ship for Louis XV for the seven year war opposing the French Allies to the Brits. 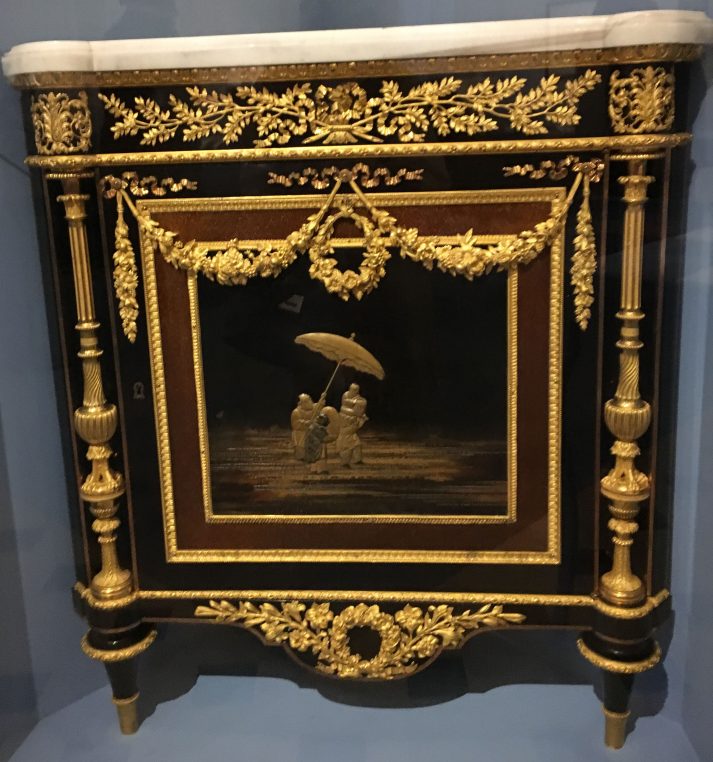 The exhibition is very well staged with pale colors and lots of flowers on the walls or in Meissen porcelain. If you are shopping on rue des Francs Bourgeois or having lunch at Ma Bourgogne on place des Vosges, make sure to stop by this pretty museum which now belongs to the city of Paris and is quintessentially  French. 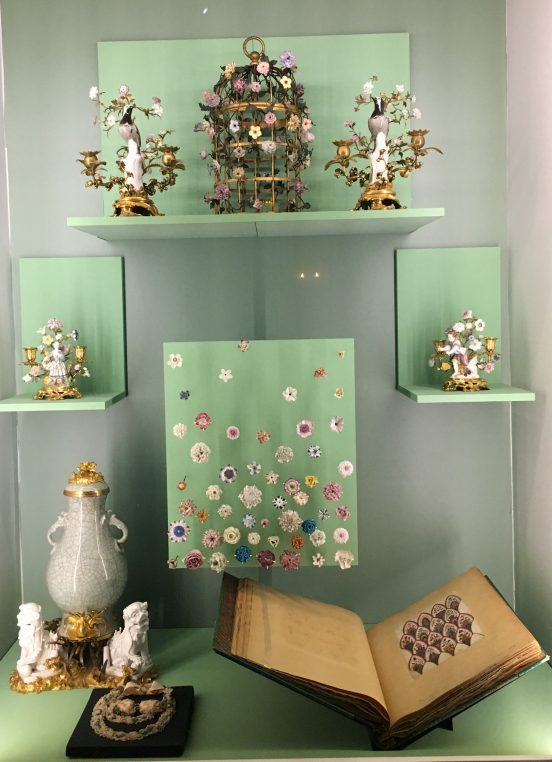 Flowers in porcelain from Vincennes and Meissen and Céladon from China mounted on bronze by Hébert, ca 1740