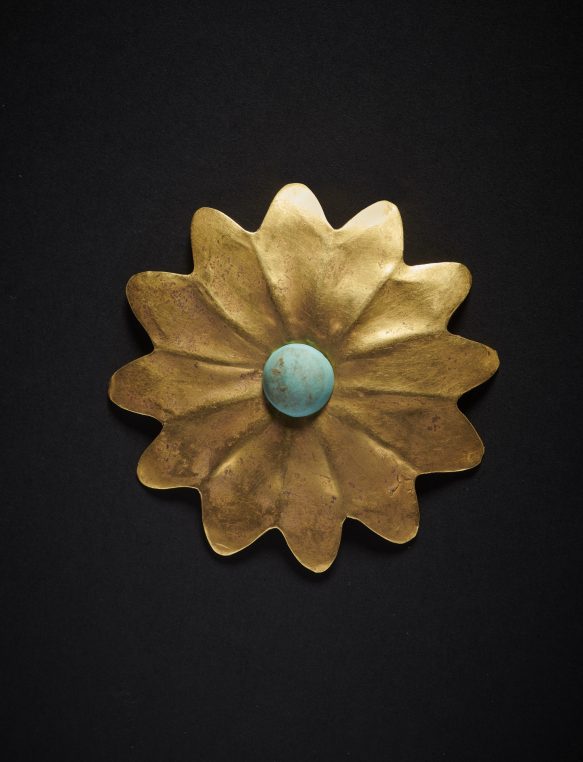 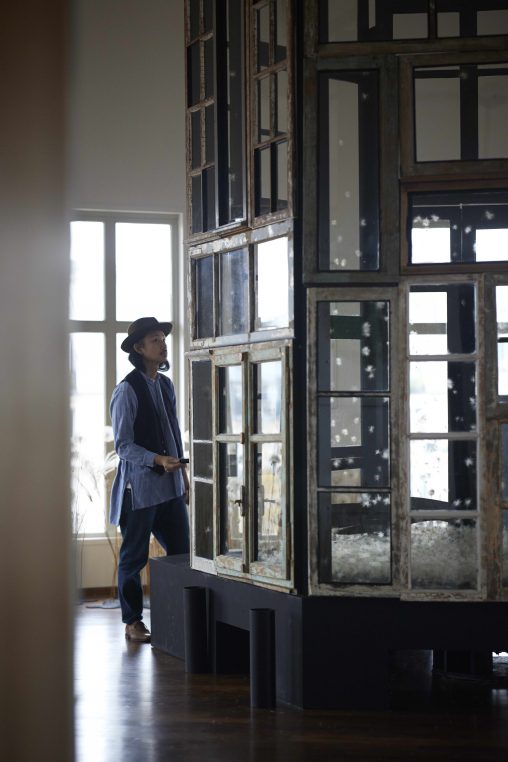 Guy And Nhan Duc in front of Parlour of wishes, 2021, photo Enzo Orlando

There are always surprises at Musée Guimet, and this time it was Duy Anh Nhan Duc, a Vietnamese botanical artist who is showing on the top floor a series of sculptures and installations made with dandelion seeds. He takes us on a three part journey with a triptych which leads us to dream and poetry. Born in 1983 in Ho Chi Minh City, he now lives in Paris and works with nature, endlessly gathering plants such as dandelions, salsify, thistles, wheat and clover which he transforms into delicate art. He delivers a dialogue with plants and captures their fragility. In the lower galleries, the mysterious country of Tajikistan is revisited with its little known archeological sites and enchanting buddhas. 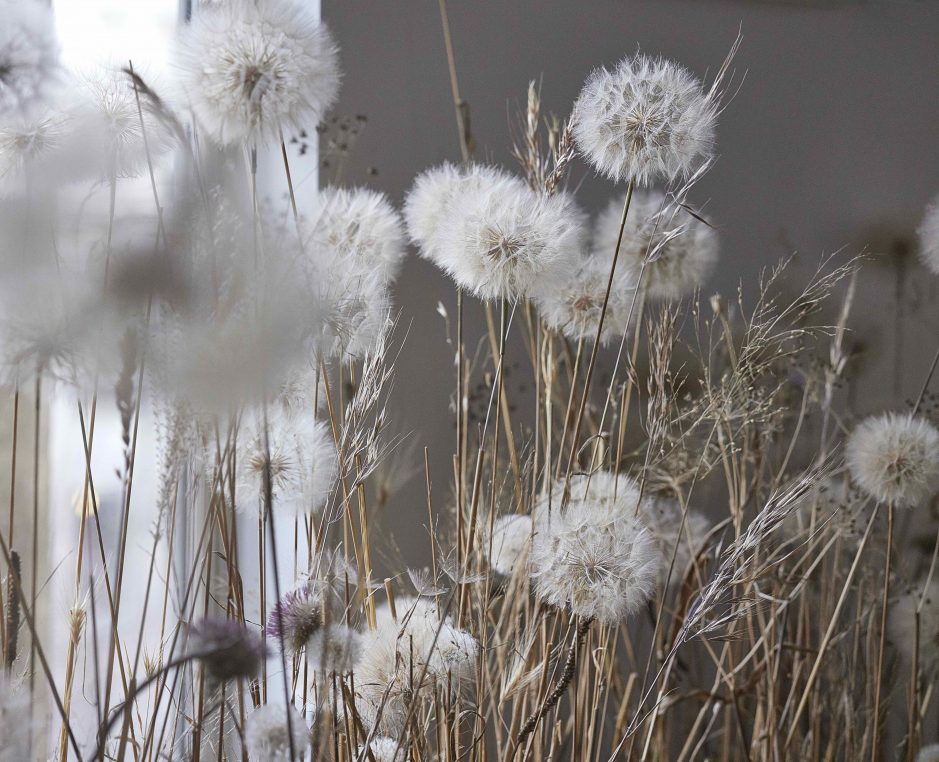 The Field of possibilities, @Enzo Orlando

I love climbing all the way to the 4 th floor tower of Musée Guimet where there are always interesting contemporary art surprises. And this time, Duy Anh Nhan Duc is particularly poetic if still a little elliptic. But of course the real treasure is the exhibition on Tajikistan, this country caught between Uzbekistan and Afghanistan which became independent from Russia in September 1991. Its Museum of Antiquities has lent multiple treasures for this show. 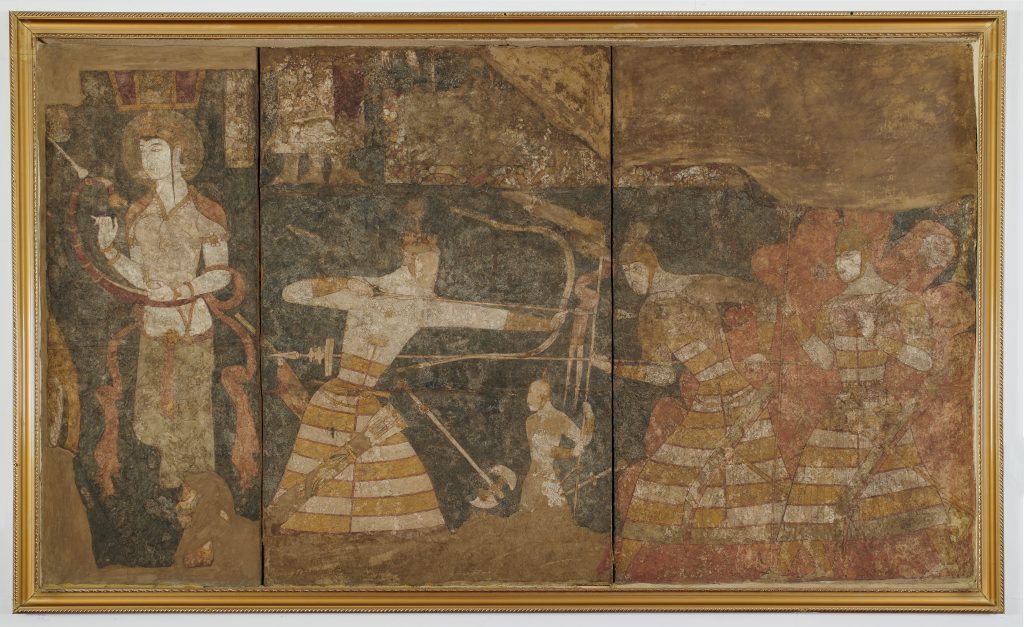 With its strategic position on the routes of transit and conquest between Middle East, ancient world of the steppes, Indian sub-continent, and oases of Chinese Central Asia, Tajikistan has been at the heart of a network of exchanges since the remotest times. The abundance of its natural resources, notably mineral (including rubies and lapis-lazuli), doubtless explains the importance of the cultural centres arisen there. 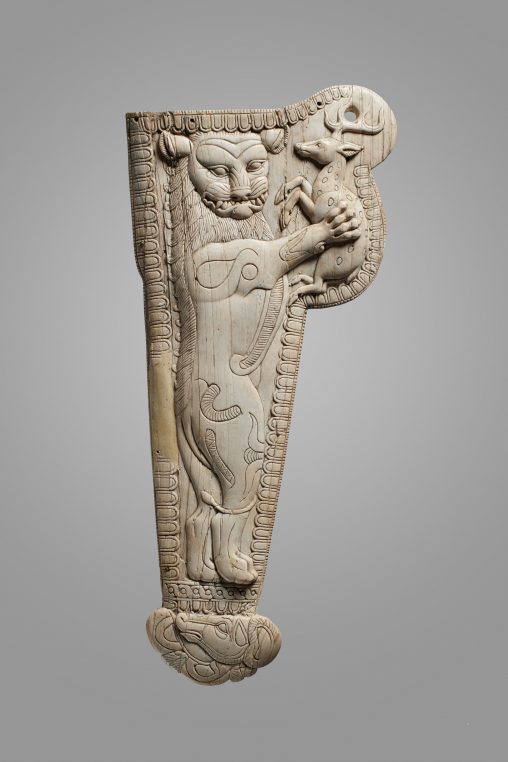 The exhibition, laid out in large chronological periods, strives to display this cultural wealth by presenting vestiges from the country’s various archaeological sites. To do so it largely benefits from outstanding and exceptional loans, notably from the National Museum of Antiquities in Tajikistan and the National Museum of Tajikistan, the British Museum for the works from the Oxus Temple, and the Bibliothèque nationale de France, that are shown alongside pieces from the Musée national des Arts Asiatiques – Guimet collections. 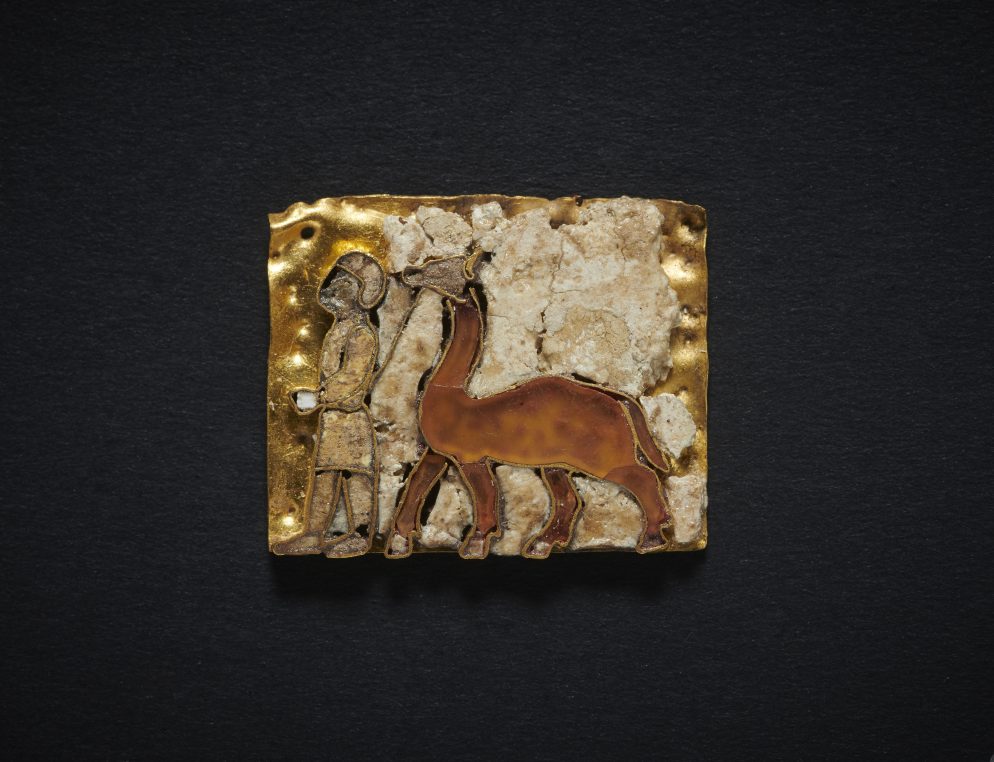 Bronze is widely used whether on shells or to represent deers and horses. But precious stones and gold are also often present. The Tajiks speak a Persian language and are primarily sunnites. This exhibition is the largest ever put together in the West and it celebrates the 30 years of the country’s independence as well as the 300 year long relationship established by French archeologists with Tajikistan. Alexander the Great and Marco Polo went trough the steps of this large country and Abraham Hyacinthe Anquetil-Duperron was the first French archeologist (1731-1805) to translate texts from Tajikistan, which he reached through India on his way to tracking Zoroastra. He had joined the army to reach India. 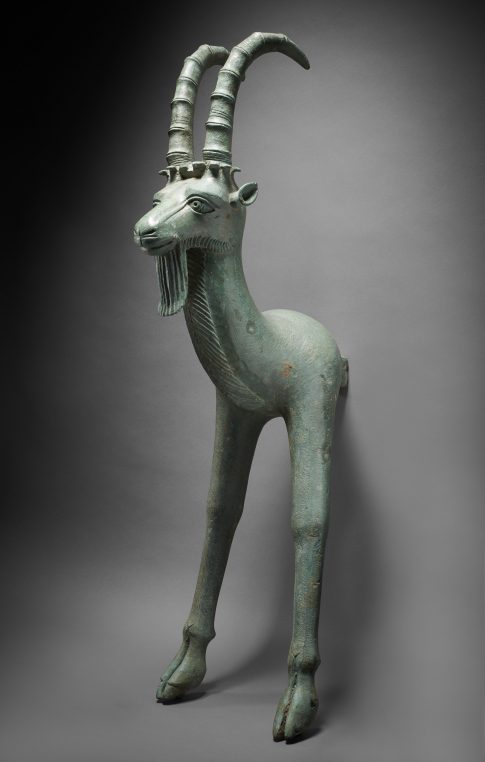 Element of throne in the shape of an ibex (goat), Tajikistan, Simigantch
5th -3rd bc, Bronze ©  National Museum of antiquities in Tajikistan, photo Thierry Ollivier

The prehistoric vestiges, particularly those of the archaeological site of Sarazm (the first site in the country on the UNESCO World Heritage list), remind us that Tajikistan was already a major hub in prehistoric times as well as a leading metallurgy centre by the end of the IV Millennium BC.

The contributions of the peoples of the steppes, then the Achaemenids, were followed in the first centuries BC by the presence of Hellenised populations, as is illustrated by several ensembles of gold, silver, and bronze coins, as well as a great many vestiges from the Oxus temple at Takht-I Sangin.

As for the monumental vestiges of Panjakent, Kukh-I Surkh or Bundjika, they attest to the prosperity of the Sogdiana region in the 6th-7th centuries, in a time when the Sogdians, tradesmen from Asia established all the way to China and Southeast Asia, were also receptive to outside influences. At the same time the sites of Adjina tepa and Hisht tepa show us the grafting of Buddhism in the east of the land by the monks wayfaring along the trade routes.

The exhibition ends on the establishing of the Samanid dynasty and the introduction of Islam in the region as shown by the vestiges of the Hulbuk or Sayod sites and significant monetary treasures.

Whether you know anything about the different civilizations of this country on the Silk road does not matter. The beauty of the objects is enough to catch your imagination and you can travel very far in your mind in the galleries of Musée Guimet without the hassle of going through airports…