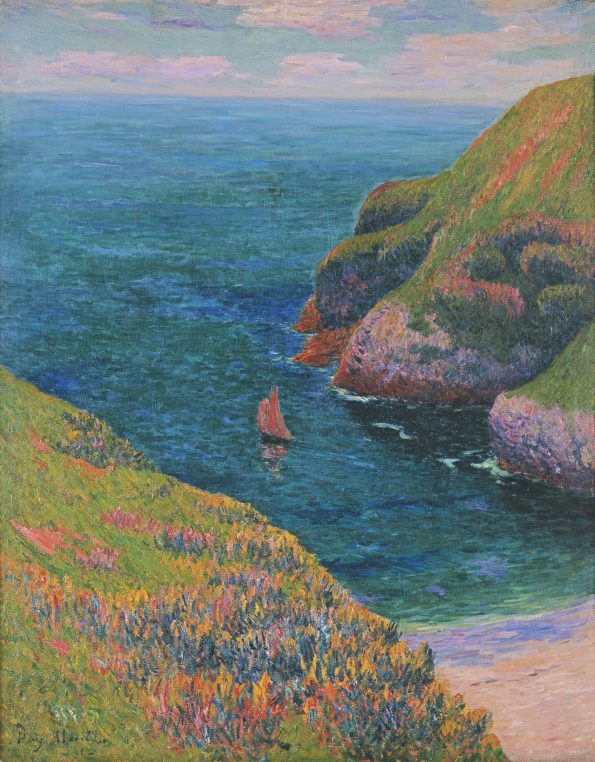 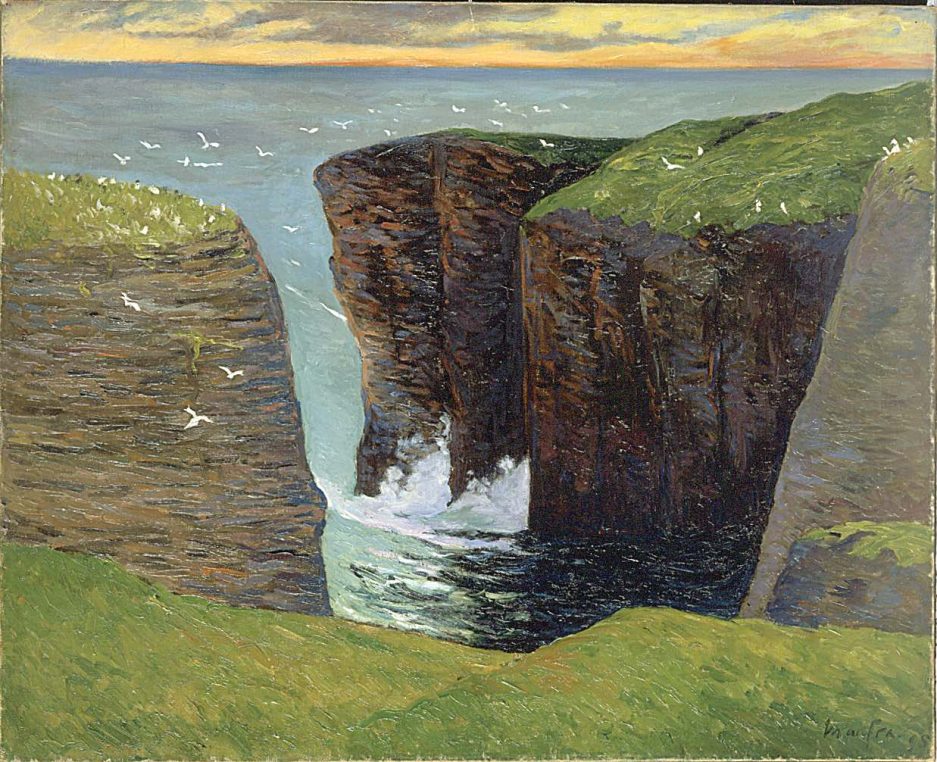 Paul Durand-Ruel (1831-1922), the famous art dealer who admired painters from the 1830’s, represented many Impressionists and exhibited Monet’s series of cathedrals in 1895, also fiercely defended five post-impressionist painters who were represented exclusively by his gallery at 35 avenue de Friedland. He was a major agent in discovering new painters of the late 19 th and early 20 th century. Claire Durand-Ruel, one of his descendants, talked with emotion about her research in the very same building which still holds all his archives and about this third generation of Durand-Ruel artists, who are very little known. She has gathered in Yerres, at Gustave Caillebotte’s house and with art historian Jacques-Sylvain Klein, sixty paintings from private collections and museums for an exhibition called “Paul Durand-Ruel et le post-impressionnisme”. One painting by Henry Moret, Les Moissonneurs, lent by the Vatican, had not arrived for the opening but is expected soon. 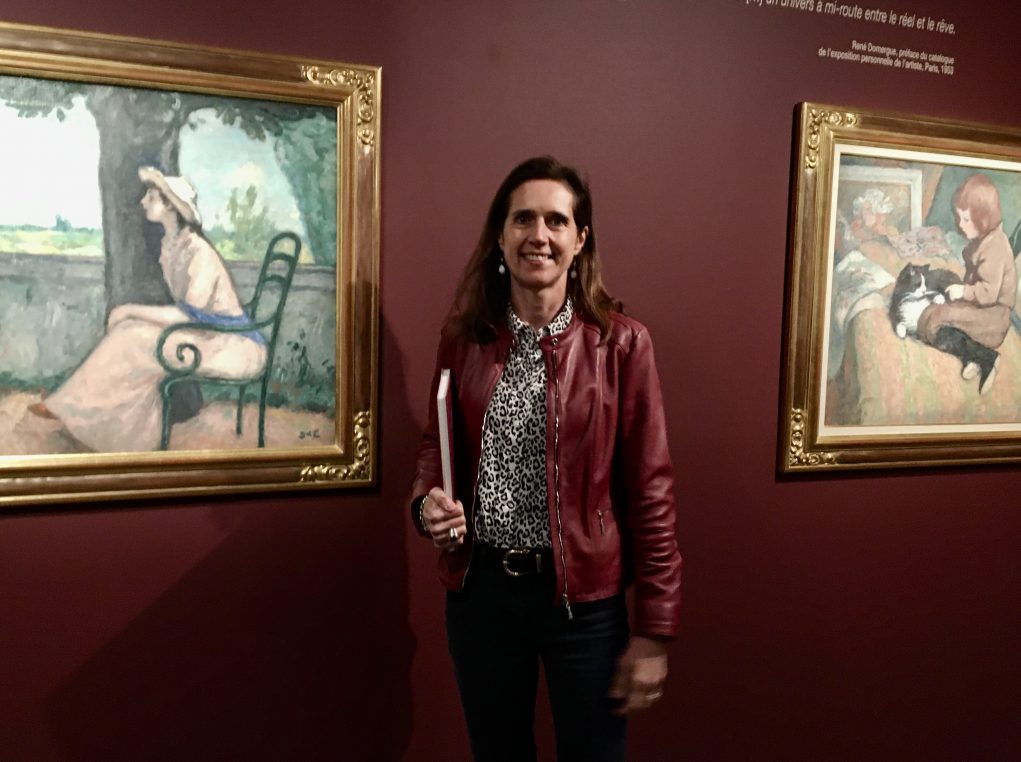 The first image you see when entering the exhibition gallery is the portrait of Paul Durand-Ruel by Renoir. It sets the tone of this collection of five painters, Gustave Loiseau, Maxime Maufra, Henry Moret, Georges d’Espagnat and Albert André who are each represented by twelve paintings, in the very intimate galleries of Propriété Caillebotte. Two of them, Moret and Maufra painted in Pont Aven with Gauguin and Sérusier. Gustave Loiseau specialized in beautiful marine landscapes, while Albert André is more of a portraitist and d’Espagnat used the warm light of the Riviera for his colorful scenes (Durand Ruel bought over 500 of his paintings and 800 of André’s). The show was ready exactly a year ago at the beginning of the lockdown and had to wait for the public to be allowed in, this May 19 th. 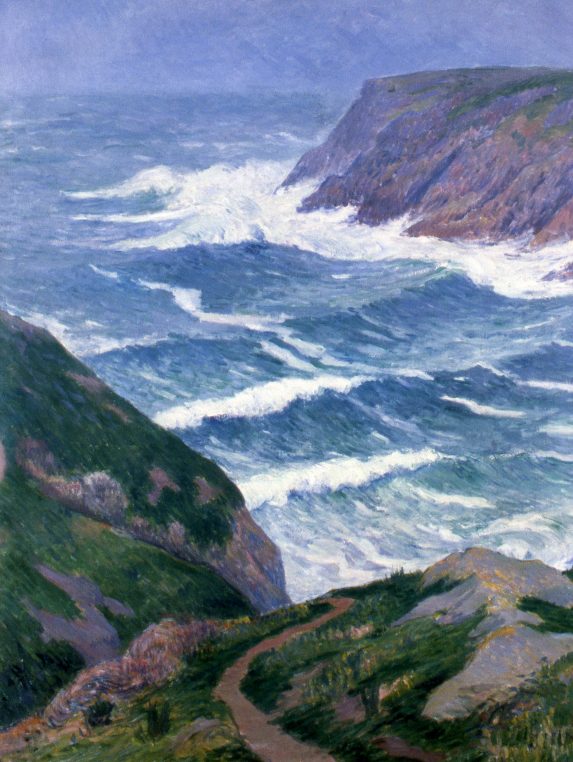 They grew up in Normandy, Brittany, in Lyon or in Melun, but met up in Montmartre and started painting along the Seine and l’Eure in Normandy. Influenced by Pissarro or Monet for Loiseau, or by Bonnard and Vuillard for Albert André, they are part in the 1920’s of many group shows. I have a weakness for Maufra who painted a beautiful and intriguing “Sea side in the snow” and “Peasants picking goémon on the beach in Brittany”. Their works are very colorful and interesting when you compare them to the more famous impressionists. What this show is mostly precious about is how it illustrates the gallerist’s important part in their success. He constantly exhibited his artists in small retrospectives but he had bought the paintings beforehand. Unfortunately, he died too early to comfort them and make them famous. 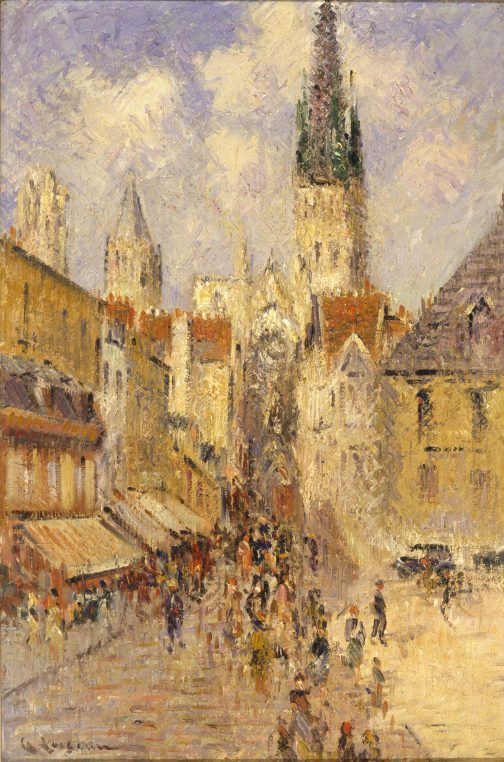 Besides discovering these little known artists, your visit to Propriété Caillebotte will allow you to see Gustave Caillebotte’s family house which was splendidly done up three years ago and to walk in the municipal park where an exhibition of sculptures by Marie-Noëlle de la Poype starts on May 22 to July 25. In the house, Napoléon’s silversmith, Martin-Guillaume Biennais has a few precious pieces of furniture and silver lent by Fondation Napoléon and musée de la Malmaison. 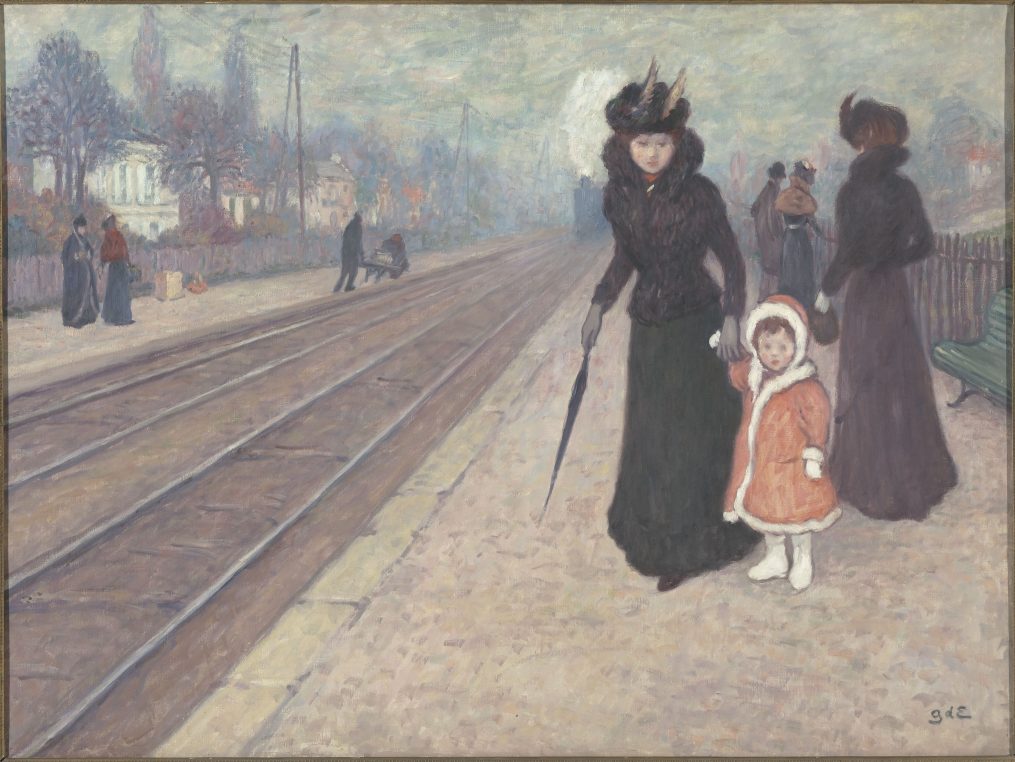 Yerres is an hour from Paris by car and can also be reached by RER D from Gare de Lyon. The exhibition opens on May 19 th until October 24.