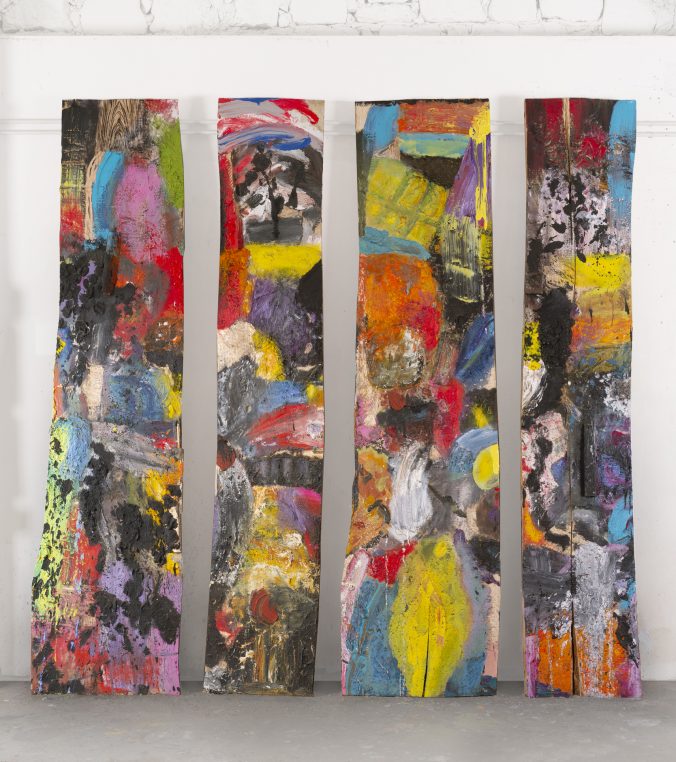 After almost fifty years at 30 rue Beaubourg, Daniel Templon has opened up his gallery on the courtyard making it less mysterious and more inviting. He has also recently been promoted to Officer of the Legion of Honor, and I discovered on this occasion that his official first name is Claude. I wonder why he changed it to Daniel? With a gallery in Brussels and two in Paris, he constantly renews his image and at the moment the great American painter Jim Dine is on show with very large paintings for an 85 year old artist! 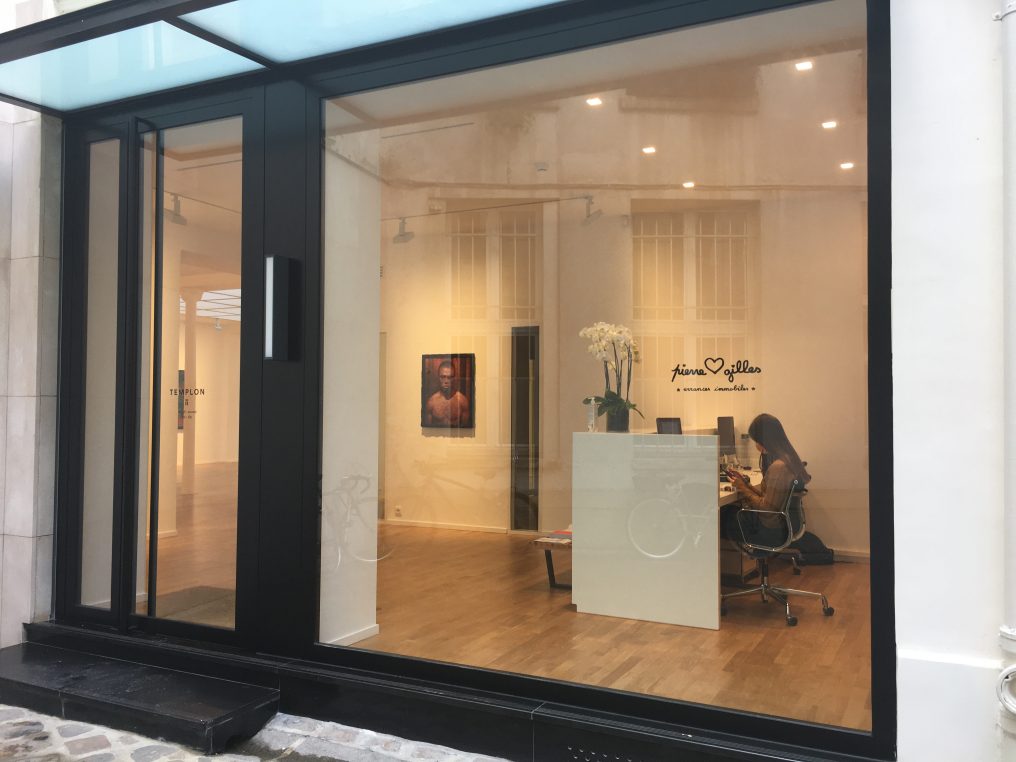 The new look of Templon’s courtyard gallery on rue Beaubourg is due to Jean Michel Wilmotte. Pierre et Gilles were on view in November.

The six large paintings on wood give new color and energy to the elongate space of the gallery. They are made of paint mixed with sand and charcoal with a collection of miscellaneous tools. Historically associated to Pop art, the artist from Cincinati has developed his own language and these tools go back to his grandfather’s hardware store. He also includes boots , reclaimed wood, indistinguishable cans and other rubbish.

His sculpture “At Dunkerque” is an anthropomorphic totem created from objects assembled in his studio. It is the first time that Jim Dine includes bronze and aluminum masks in his creations. On top of these, fifteen small self-portraits are exhibited in the back room of the gallery. Partly abstract and partly figurative, this show gives a good image of Jim Dine’s work over the years. He has been the object of 300 solo shows! Recently, he has also developed a body of poetry which he organises readings for along his paintings exhibitions. 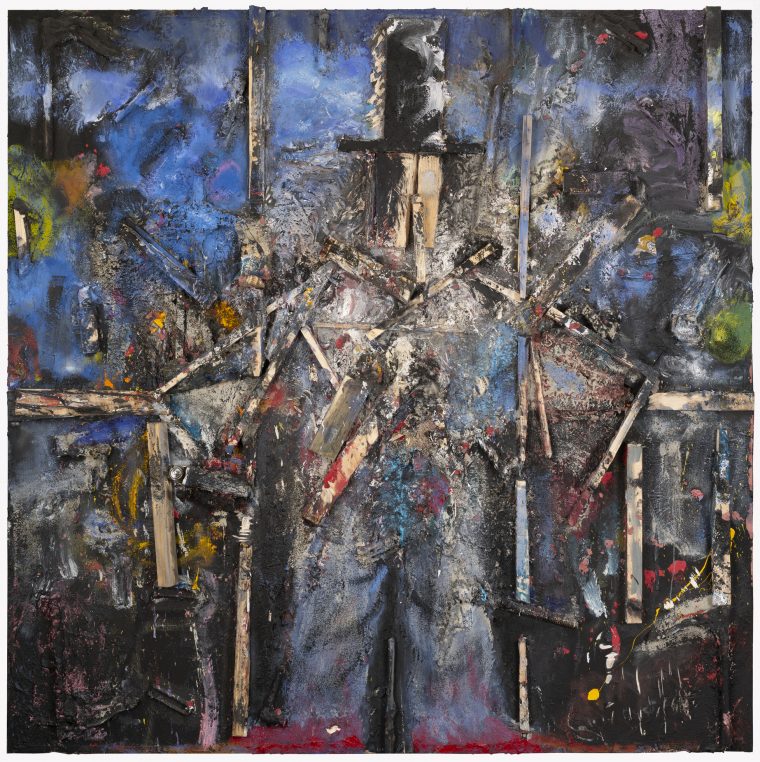