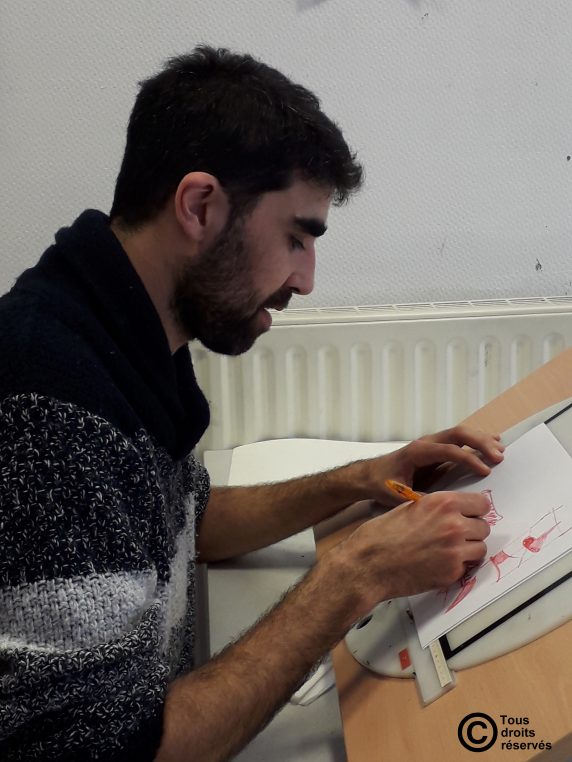 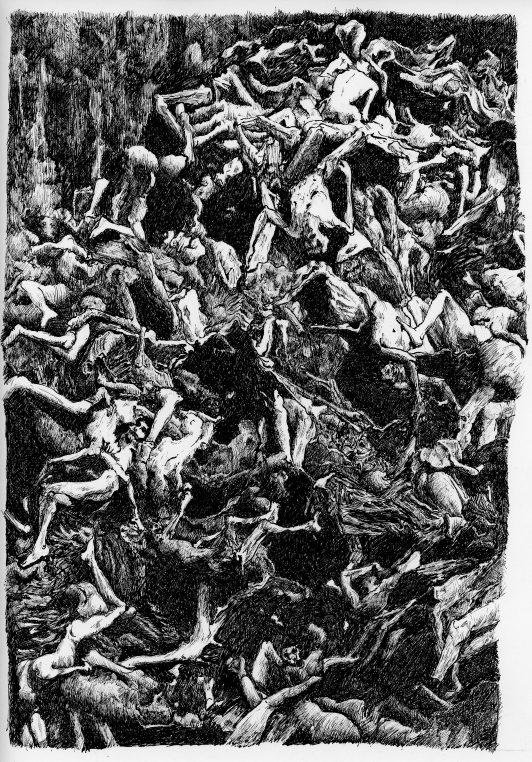 Selected by a jury composed of Jean Anguera, Pierre Collin, Erik Desmazières, Astrid de la Forest, Philippe Garel and Brigitte Terziev, the prize offered by Michel David-Weill in memory of his father Pierre, who was a member of the Académie des Beaux Arts, was awarded to three young artists. The 23 finalists of the prize will (hopefully) see their works exhibited at the Institut de France later this year.

Baya Sadou, Self portrait in the hospital, 3rd Prize

Born in Senlis in 1985, the laureate Atam Racho is Franco-Armenian and trained to work in agriculture until he started drawing at 20. He took evening classes and later enrolled at Atelier de Sèvres in Paris where he studied full time. He then went on to apprentice in animated movies in Angoulême. This drawing, “Mass grave” was made for a short film he did “Voix des Soupirs” based on “The book of lamentations of St Grégoire de Narek”, a mystical Medieval book from the X th century revered by the Armenians. He now spends his time making short films based on his drawings.

Jérome Minard won the second prize at 36.  He lives in Lille, draws and also makes etchings on the theme of nature. It is his fourth participation in the Prize. Baya Sadou lives in Brittany and works on her condition of cancer patient, she won the third prize.