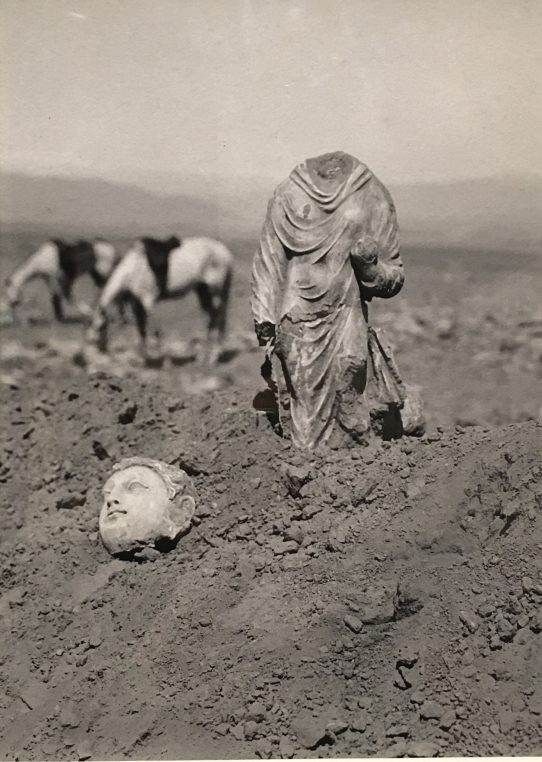 Archeologist Ria Ackin on the site of Bamiyan in the 1930’s,© Archives photographiques du MNAAG

You probably remember the traumatic destruction by the Taliban of the two monumental buddhas (38 m and 55 m high) in Bamiyan, Afghanistan on March 11, 2001. Just a few months before 9-11. To celebrate the anniversary of this tragic event, Musée Guimet has organized a small but charming exhibition with the different elements it owns from the diggings by archeologists Alfred Foucher, André Godard and Joseph and Ria Hackin who died at sea, exactly eighty years ago. Also exhibited as a panoramic, are a series of photographs (4 000 scanned images) and a 20 mn video by photographer Pascal Convert who travelled there in March 2016.

Pascal Convert’s photographs had already been shown at Guimet three years ago but here, the large fresco which occupies 15 meters of a whole wall of the Sino-Tibetan room, is much better illustrated but the sculptures and vintage photographs. The majesty of the mountains and the precision of the shots allow the visitor to meander in the whole site and to even find a goat which hid in one of the grottos. Former French Ambassador to Kaboul, Jean d’Amécourt, told me recently that Bamiyan was “the most impressive site he had ever seen, one that you remember forever”.

A video of children playing football in the village give life to the valley where the cliffs were sculpted between 544 and 644 AD. But what I found really moving are the different drawings, maps, vintage photographs and copies (relevés) of frescos brought back by Joseph and Ria Hackin who went on digs following André and Edda Godard who made relevés of the frescos as early as 1923 “in morbid cold weather”.

France created early on the “Archeological Direction for Afghanistan” and is today the only foreign archeological institution active in the country.  These cliffs stand on one of the busiest trade routes of central Asia and are made of loess, an easy material to sculpt and to mould. One can discover the copies made by architect Jean Carl (1900-1941), a close friend of the couple, in the painted decors of the grottos in 1930 and different sculptures in wood or in clay brought back by the diggers. Also an impressive gilt hand which comes from one of the hundred buddhas sculpted in crude earth. This style is typical of the end of the Buddhist Era (6 th to 8 th century). 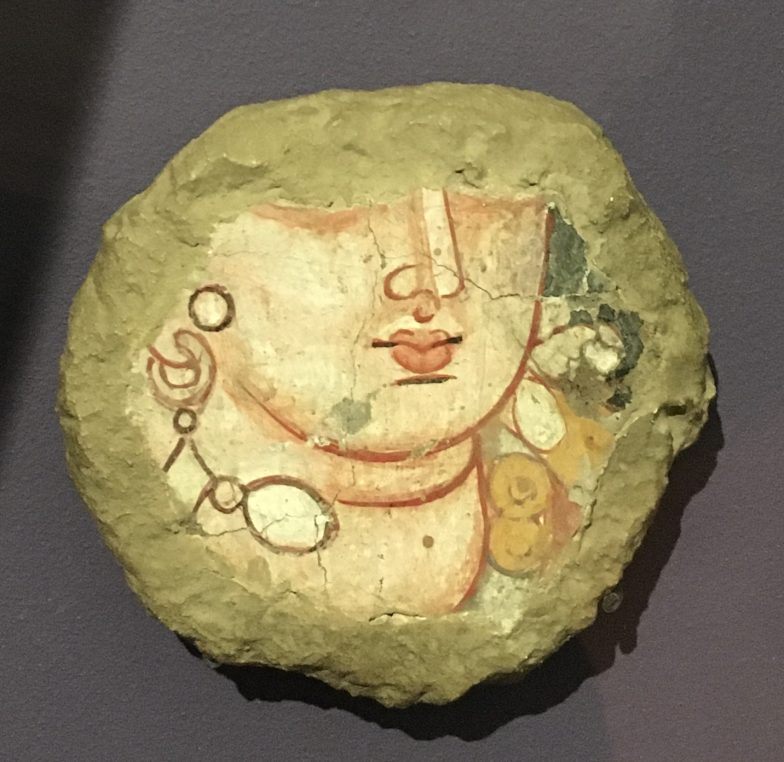 We know about the site of Bamiyan through a description by Chinese pilgrim Xuanzang who lived from 602 to 664. It is part of the art of Gandhara. The faces of buddhas started to be destroyed though before the 20 th century as the archeologists’ photos testify. A large statue of Buddha was found by André Godard in the convent of Tapa Kalan in 1923 and is shown here on a photograph along portraits by Ria Hackin of Faraki women wearing braided hairdo and dresses embroidered with silver beads. This shows an extraordinary teamwork between the different archeologists who accepted a woman among them. 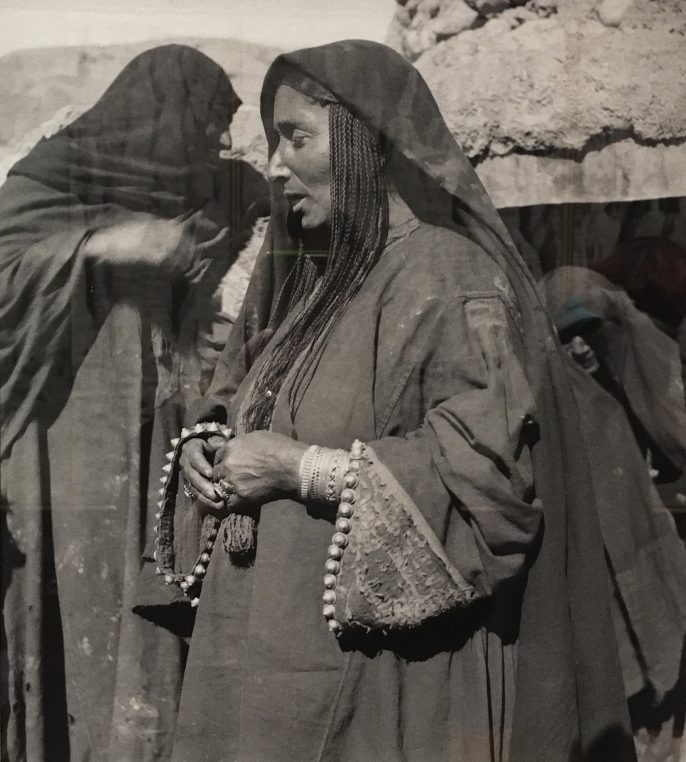 Ria Hackin, Faraki Woman with her braided hairdo and silver beads on her sleeves, November 1934

The reproductions of frescos are striking by the vivacity of colorings and a charcoal rendering of the valley by Alexander Jacovleff, a Russian artist who moved to France after WW1 and travelled extensively to the Far East, makes it very lively. He was part in 1931 of André Citroen’s “Yellow Cruise”, and stopped in Bamiyan which gives a good idea of the importance of the place.  As does the plan of eight caves made in 1928 by Godard. What Musée Guimet succeeds in doing in this show, is to add a human dimension to the artistic importance of the archaeological site. 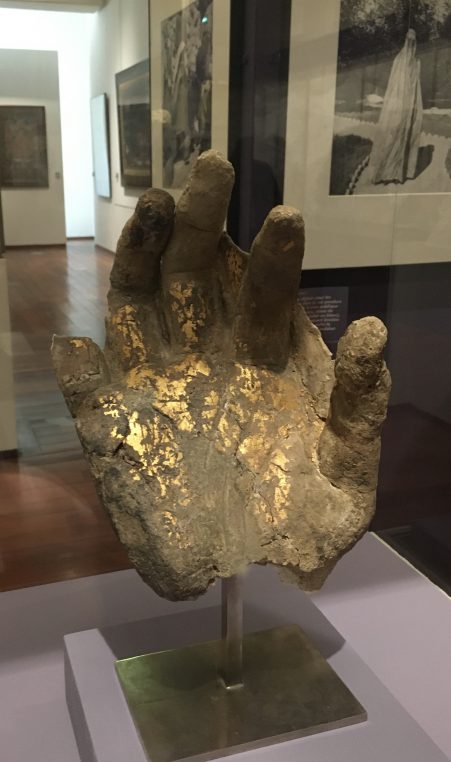 Hand from a colossal buddha, 5-6 th century, céramic and gold, Afghanistan, Bamiyan in the galleries

The museum itself is a splendor and on the lower level Marc Riboud’s exhibition of photographs awaits the visitors. The museum is sadly not yet open to the public.

MNAAG, until June 21. You can watch the presentation of the show here.