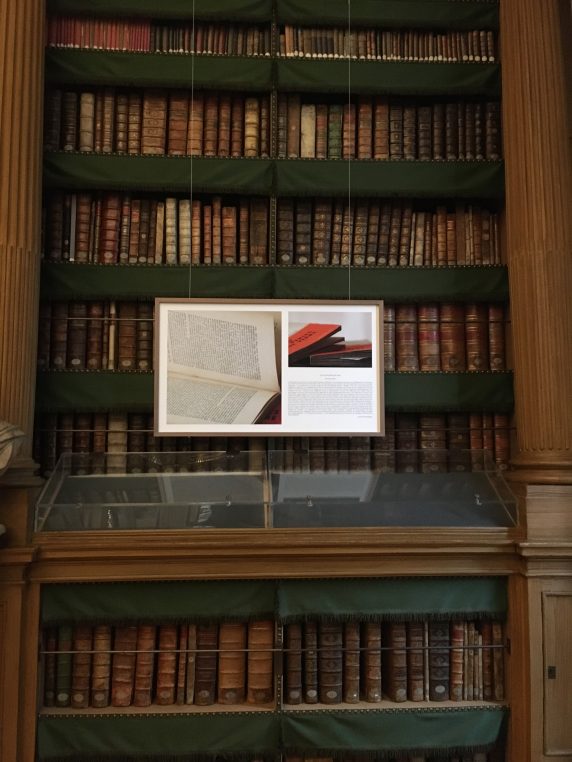 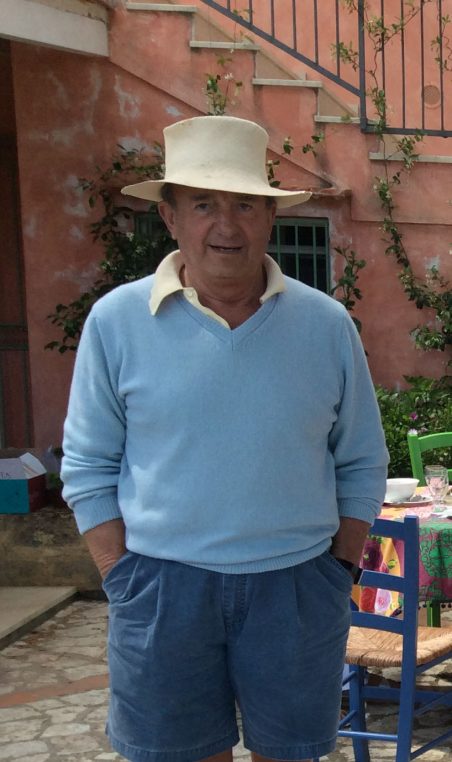 Cosimo Marco Mazzoni, a law professor based in Fiesole, died four weeks ago in his sleep in Paris. He had such a passion for Bibliothèque Mazarine, at the heart of l’Institut, that he acquired an apartment a few blocs away, so he could be sure to walk there every day when he was in Paris. He taught at Università di Siena, at Yale University and at Université de Paris X, Nanterre. He wrote many of his books on bioethics law within the cozy wood paneled walls of La Mazarine.  His latest work, “Quale Dignità, Il lungo viaggio di un’idea” was published last Spring.

By coincidence, Marguerite de Merode, who lives in Rome, inaugurated an exhibition of photographs there last week, and I was irresistibly attracted to it, in memory of Cosimo. I must admit it is a delight to enter this quiet and refined space, where everyone can go and study for 15€ a year. 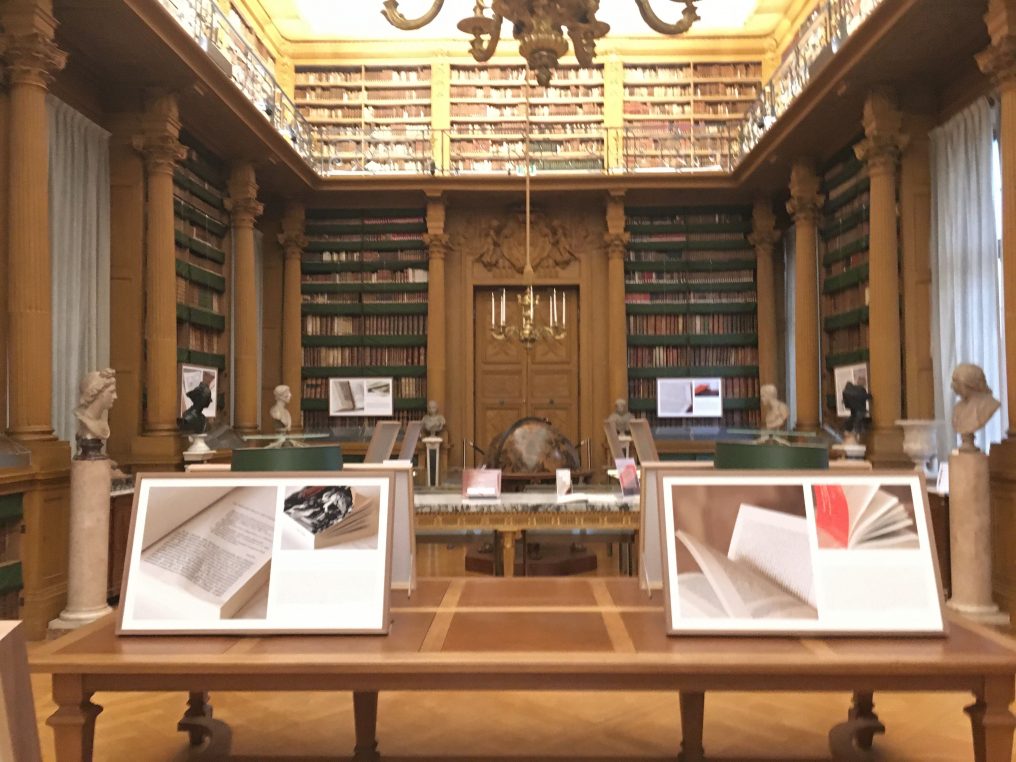 Bibliothèque Mazarine is the oldest public library in France (it opened to the public in 1643) and used to be Cardinal Mazarin’s library until 1652. It now features 600 000 documents and 5021 manuscripts which anyone with an I.D. card can consult. The walk up on the marble staircase is already a wonderful experience. The visitor is asked not to bother the scholars who read there every day on one of the 140 chairs. 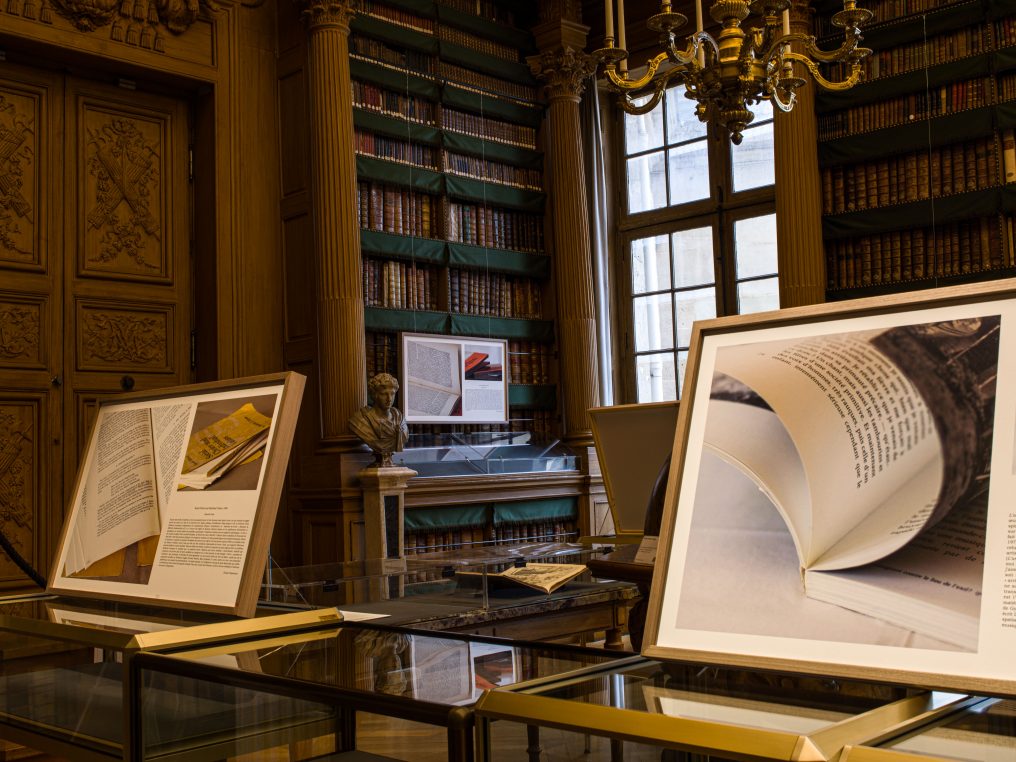 The intellectuals chosen by the photographer come from diverse milieux. Harpsichordist Hervé Niquet specializes in baroque music and conducts operas in Versailles, Pierre Rosenberg , a specialist of Poussin was the President of the Louvre, Dany Laferrière is a Haïtian-Canadian writer and a member of the French Academy, Jean Pierre Changeux a neuro scientist who teaches at Collège de France, Gilles Clément is a garden designer. All twenty seven celebrities were asked to choose a book that changed their life and to say why. These books are the object of the exhibition and form an interesting contrast to the old bindings on the shelves. 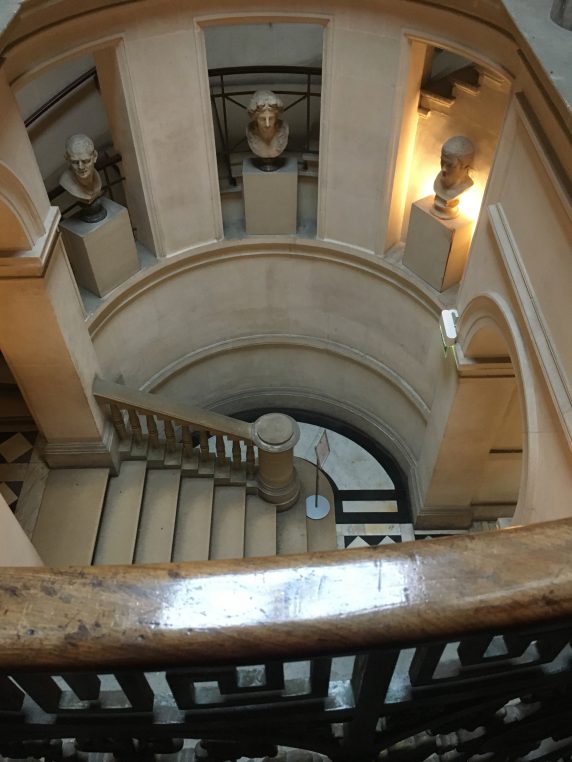 The beautiful marble staircase leading to the Bibliothèque Mazarine