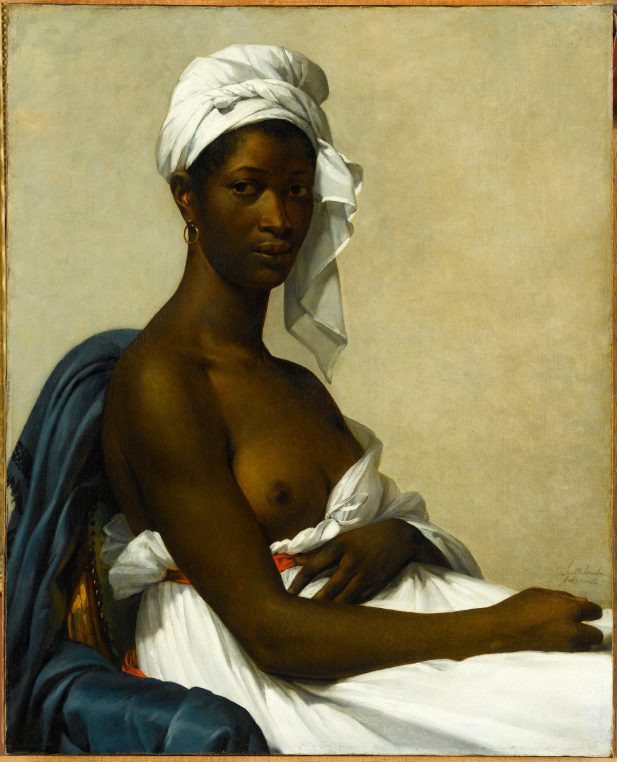 We are in 1800 in France, the Revolution is over and slavery has been abolished since 1794. Black people can become visible again and Parisian artists have their say in putting them in the light of society. This is what the exhibition at Musée d’Orsay, “The Black Model, from Géricault to Matisse” is trying to tell us with magnificent paintings by the cream of the cream of 19 th century artists. It was inspired by Denise Murrell’s dissertation for Columbia University in 2013, and it is coorganised by the Wallach Art Gallery in New York. I left the show a little disappointed the first time and liked it better the second time. Behind the political correctness, hide many fascinating informations among which Alexandre Dumas‘s “metis”, mixed blood origins and Haiti’s determinant role in liberating slaves, against Napoleon’s troupes. 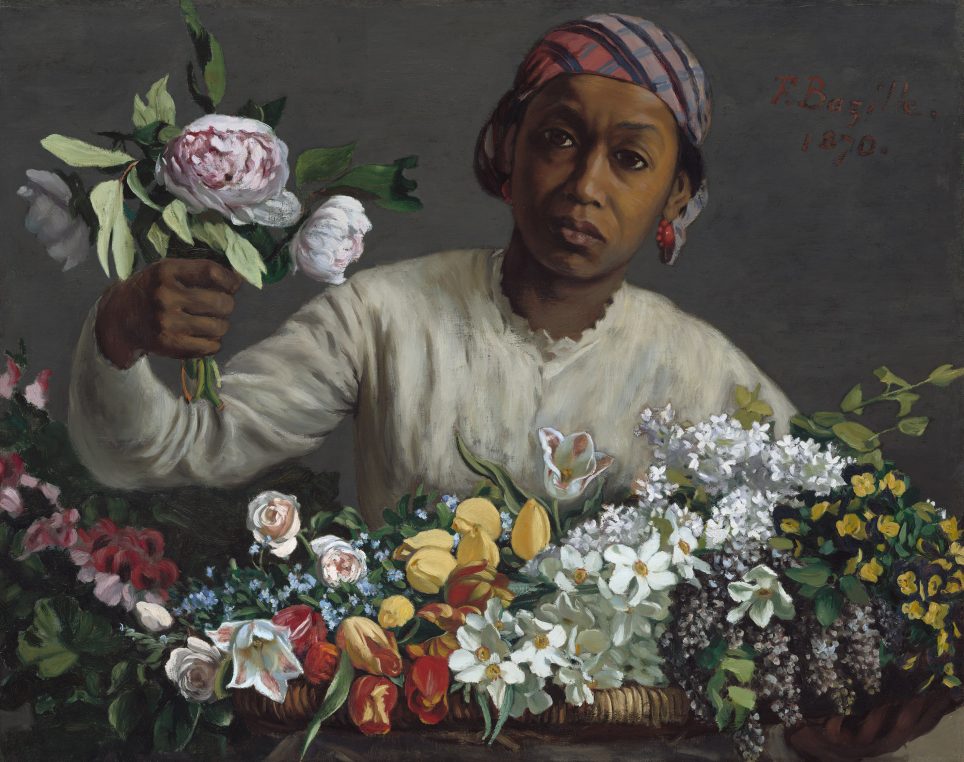 The grandson of a slave, Alexandre Dumas became one of the most prolific and famous novelists of the 19 th century with “Le Comte de Monte Cristo” and “The Three Musketeers” both written in 1844. He was born in Villers-Cotterêts the very year, 1802, when Napoleon abolished the emancipation of the slaves, which would only be reinstated in the second Republic of 1848. During this period, artists sided with black models and portrayed them, giving them a public image. The show is divided in three parts, the abolition which includes many historical documents and portraits of Toussaint l’Ouverture,  and works by painter Guillaume Guillon Lethière, himself the son of a slave, who ran the Académie de France in Rome in 1807.

The second part is devoted to New Painting (Manet, Bazille, Degas and Cézanne) ant the Twentieth century avant-gardists including Matisse’s discovery of Harlem. Baudelaire had a Haitian lover, the fifteen year old Jeanne Duval who inspired many of the poems in “Les Fleurs du Mal”  and in turn influenced Matisse and Manet for his Olympia. Models were called Madeleine, Joseph, Aspasie, Laure, Carmen and Aïcha and they crossed the paths of painters, sculptors and photographers. 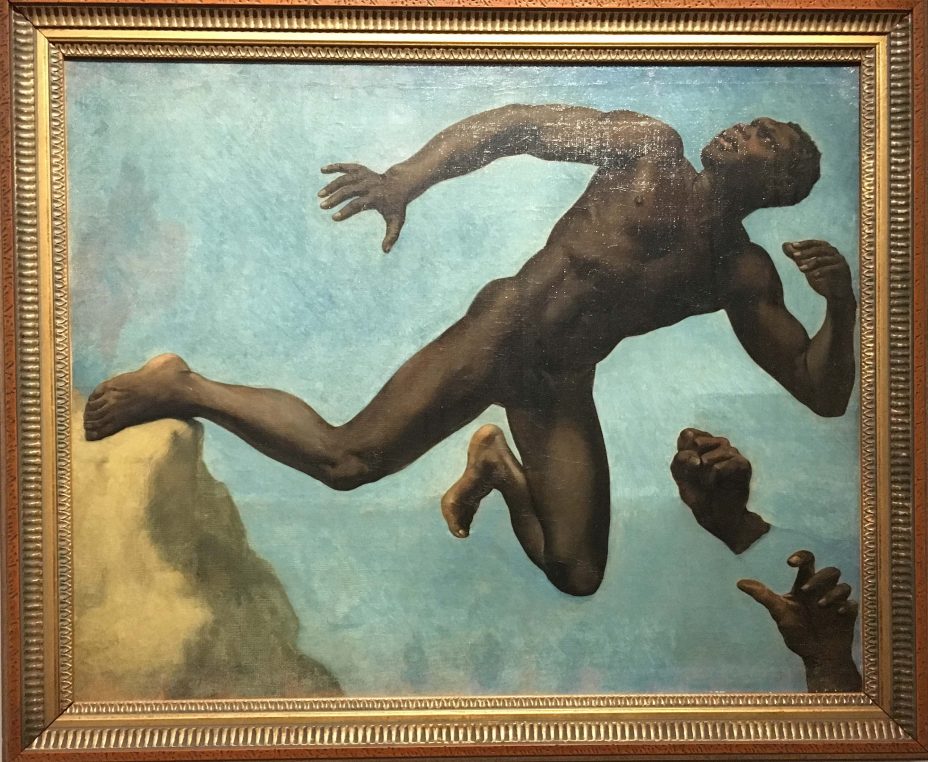 One of the most extraordinary works of the show is Théodore Chassériau‘s study after the model of Joseph. This man was born in the Dominican Republic in 1793 and landed in Marseille where he was hired as an acrobat. He was a model for the Radeau de la Méduse by Géricault, and became an official model at Ecole des Beaux Arts. He was a music lover and was a popular figure in artistic circles. Chassériau, a faithful disciple of Ingres, was also born in the Dominican Republic (then known as Saint Domingue) of a colored mother. 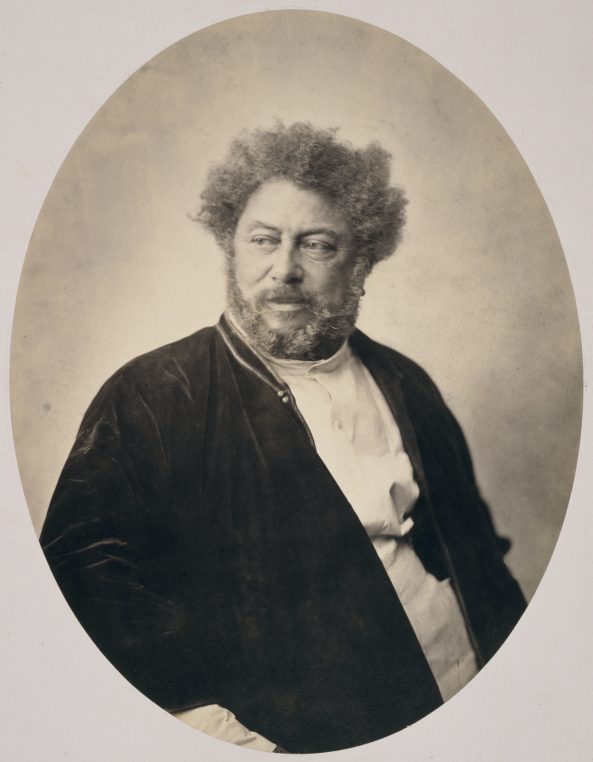 There are exceptional marble statues by Jean Baptiste Carpeaux and in bronze by Charles Cordier, as well as photographs by Nadar. The exhibition is not easy but it is pleasing to see that it attracts new publics and whole families with children.

A musical program is devised around it in the auditorium including ballet by Olivier Dubois and Germaine Acogny on May 23 and 24, a film by Claire Denis on May 28 and an evening devoted to great black figures with Calypso rose as a star guest on June 13.

Until July 21 at Musée d’Orsay