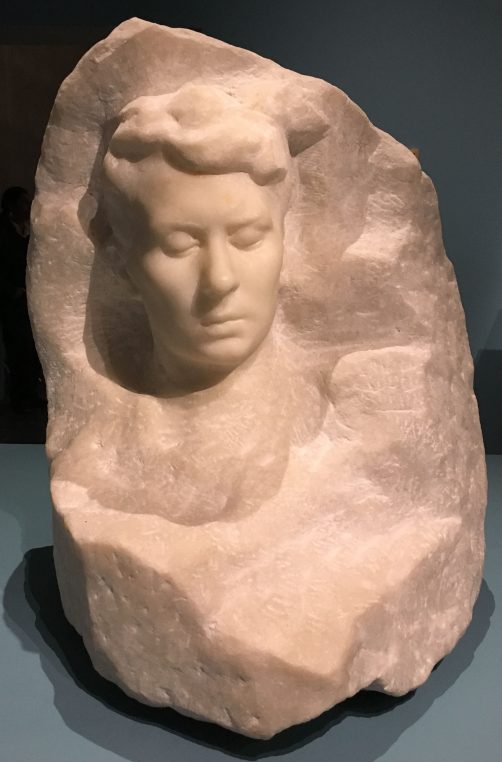 Musée Bourdelle is one of these secret small museums in the Montparnasse area which one could forget to visit if there wasn’t an active politics of exhibitions. The present one “Transmission/transgression” is a moving study of how Antoine Bourdelle, a contemporary of Rodin, taught International artists who came from Japan, Poland, Russia and China…with Germaine Richier and Alberto Giacometti among the most famous. If you are at all interested in sculpture, this is the place to learn. 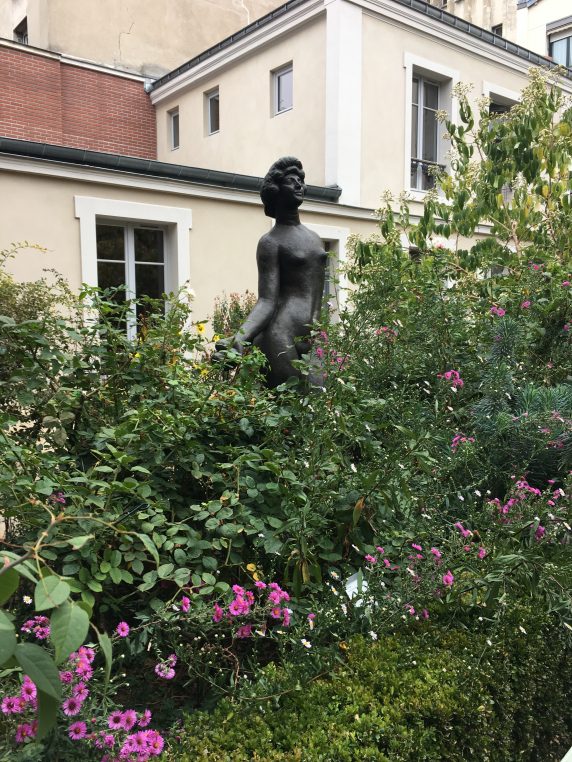 The son of a carpenter, Bourdelle spent his time drawing since elementary school and studied at Ecole des Beaux Arts in Toulouse in 1876. Once he arrived in Paris, he learnt from Alexandre Falguière,  his neighbor Jules Dalou and became Rodin’s practitioner (assistant) from 1893 to 1908. He will forever stress the importance of teaching and transmitting his savoir faire to students. But soon carving the marble for others became too repetitive for him. When Rodin asked him to repeat in marble the plaster of his Eve, he decided to interpret it for over 13 years. When it was finished, Rodin calls it “Bourdelle’s Eve”. 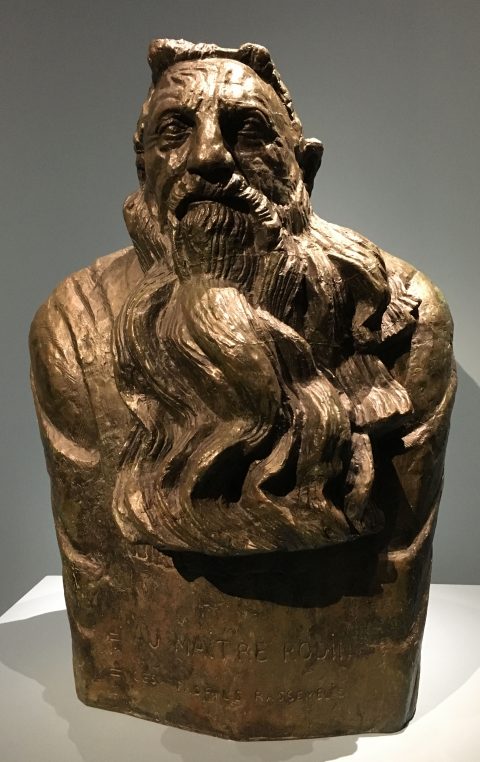 His massive bust of Rodin is nothing less than flattering. It is reminiscent of Michelangelo’s statue of Moises. This is the time when he gets many commissions and starts hiring assistants. Photographs are taken to record the high activity of the studio and some are shown here. Rumanian sculptress Céline Emilian, Fanny Moscovici, Hedwig Woermann are among the many women sculptors who study impasse du Maine and lend their faces to sculptures. The most prominent of them is Greek: Cleopatra Sevastos who meets the master through her brother in law and ends up marrying Bourdelle and managing the studio. She will inspire him a series of women at work, incarnating the ultimate sculptress. 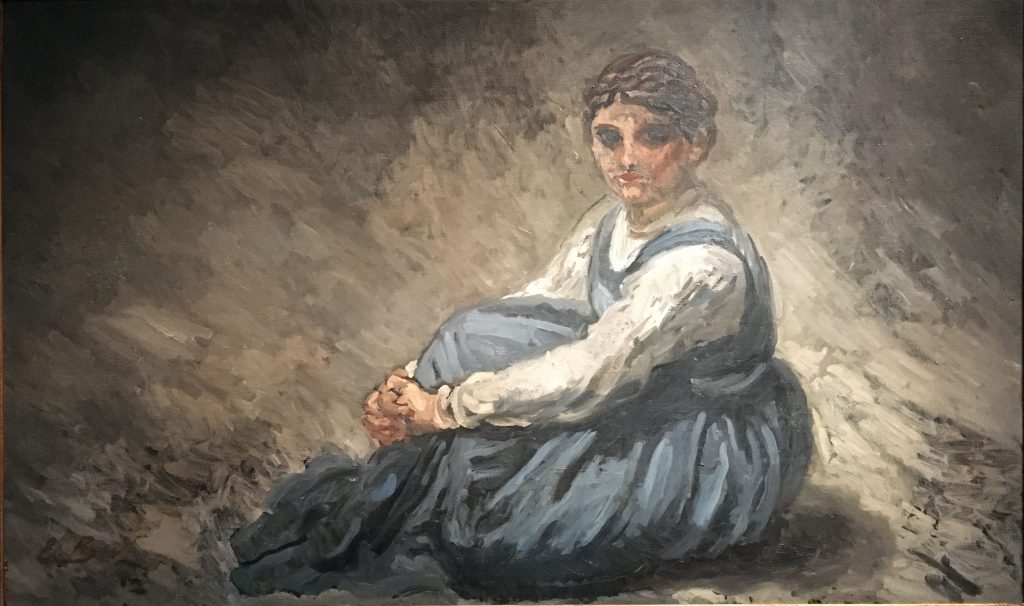 Germaine Richier says that she learned everything from Bourdelle. Her half animal half men sculptures of black bronze are very spectacular and her style is unique. Bourdelle will end up giving his studio to the French state, thus helping to convert it into a museum. It now belongs to the city of Paris which has turned it into a modern and beautiful place with different ateliers in the garden. 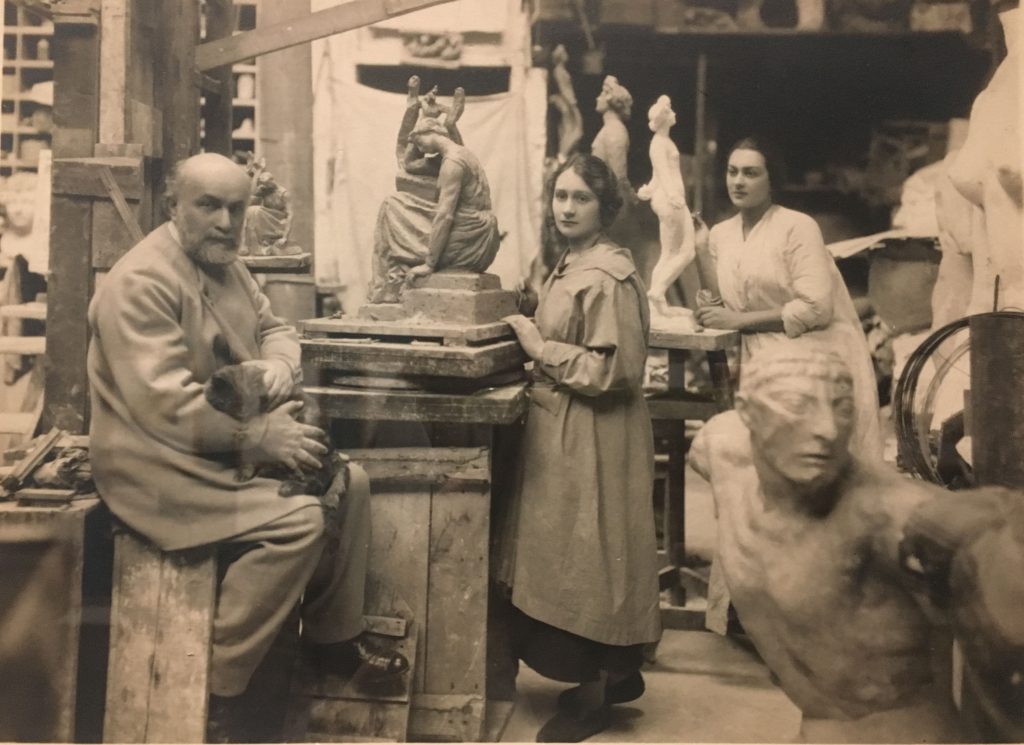 The show goes on until February 3, 2019 at 18 rue Antoine Bourdelle in Montparnasse.