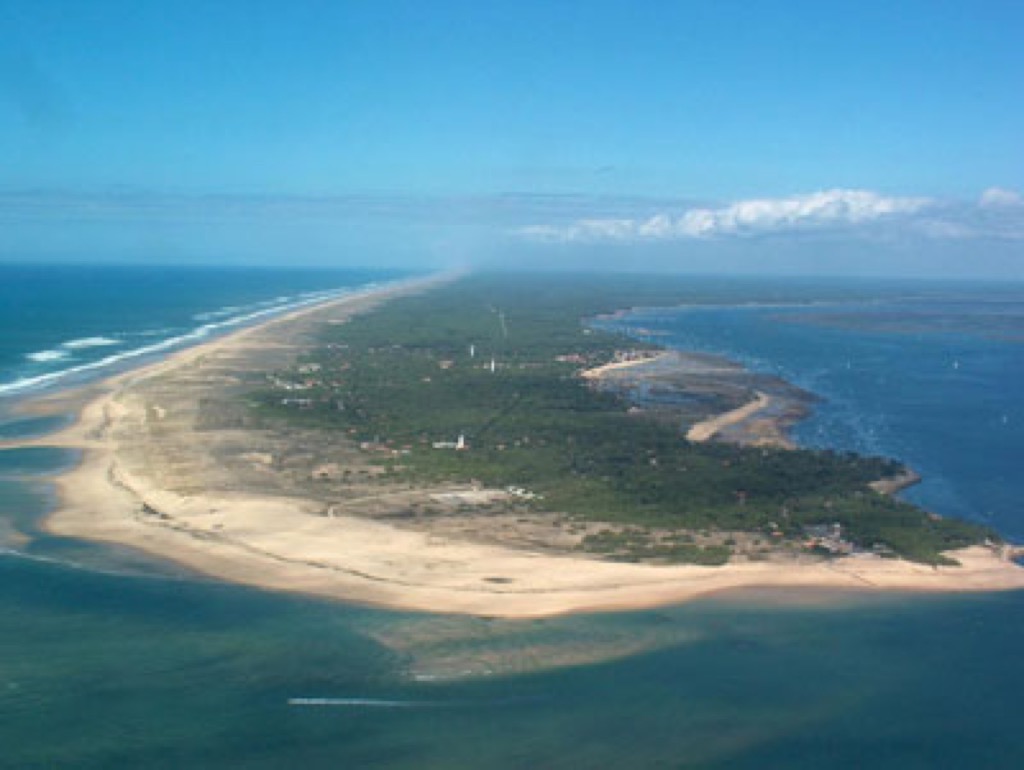 Cap Ferret, a very long peninsula south of Bordeaux, has become the it place for summer

Eating foie gras and swimming in huge waves on Ocean beach at Cap Ferret, a trendy summer resort an hour south of Bordeaux, is wonderful enough but when you do it at the end of the summer, in the company of such brilliant writers as Alain Mabanckou, Brigitte Giraud and Philippe Trétiack, it is much more fun. 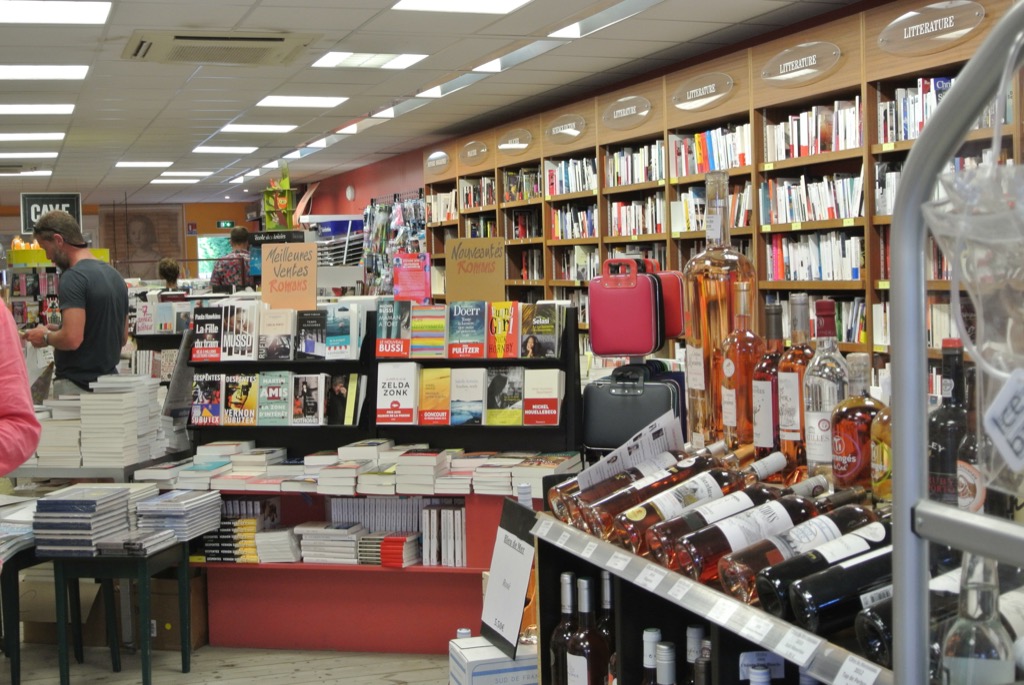 At Alice bookstore, good wines are sold along literary finds

For the last twelve years, a very special bookseller, Patrick Hourquebie, decided to reward his faithful clients with literary evenings, the third week end in August. The “rentrée littéraire” is a major cultural event in France. In September, 500 hundred new novels and non fiction books are published and compete for literary prizes. Newspapers all bet on who will win the Prix Goncourt and which first novel will be rewarded. 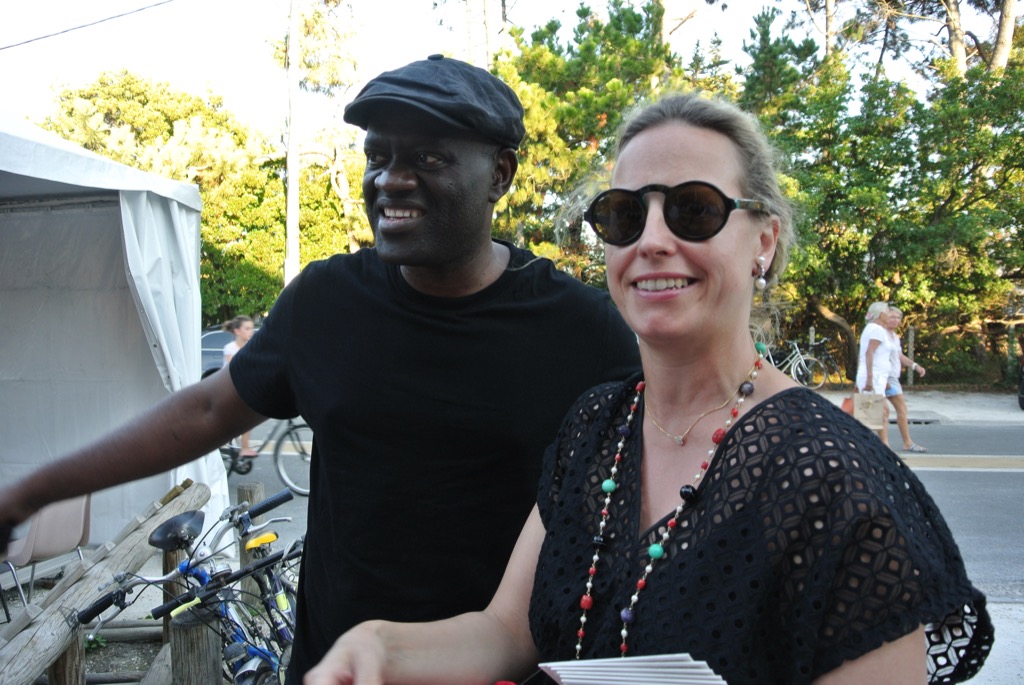 French Congolese writer Alain Mabanckou was the entertainer of the group, with Philippine Cruse who organises the literary festival

Well, in Cap Ferret, a little beach resort located at the tip of a long peninsula, where Audrey Tautou and Charlotte de Monaco vacation, nine writers were invited to stay at Hôtel la Frégate, speak about their work and sign books at Librairie Alice. They ate foie gras and drank good claret late into the night, until dancing at Le Sail Fish, the “it” nightclub, put an end to all conversations. 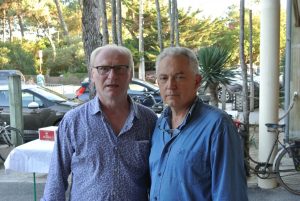 I attended a particularly amusing evening, with world known pianist and conductor Philippe Entremont who was presenting his charming autobiography at 80, “Piano ma non troppo” (Editions de Fallois). In the audience, Congolese writer Alain Mabanckou, who teaches French literature at UCLA, was making non stop jokes, before presenting his marvelous new novel “Petit Piment” published by le Seuil and the New Press in the US. Entremont was fascinating when telling about the unglamorous side of his career: “I am going to tour and conduct in  19 cities in three weeks in America from November 4 to 22. It’s very tiring but I love the public and when I am on stage, I forget everything. ” 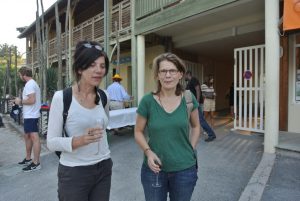 Elegant first novelist Barthélémy Brosseau, was discussing his life in London of which he shares trendy spots in his ” Le Regard de Gordon Brown” published by Joëlle Losfeld. Brigitte Giraud, a former journalist at Liberation, was presenting a more dramatic book on the difficulty of repatriation to a country you don’t know (from Algeria to France in 1962) and becoming a man when your father was a hero. ” Nous serons des héros” published by Stock, is a beautiful and literary saga of two young boys with sensitive descriptions of the “Carnation revolution” in Portugal. Edition Stock’s director, Manuel Carcassonne, comes every year and was introducing his young Lebanese author Diane Mazloum. 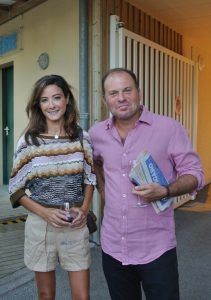 Diane Mazloum and her editor Manuel Carcassonne who runs Stock

After initial shyness from the public and the writers, and a considerable amount of very good Bordeaux wines, discussions became intense and the good “cannelés” from Pâtisserie Frédélian were a hit at breakfast, the day after, where conversations were even more fun ! Patrick and Roseline Heurquebie had once again succeeded in making authors find their public in Cap Ferret.

One Comment on “Cap Ferret launches the “Rentrée Littéraire””