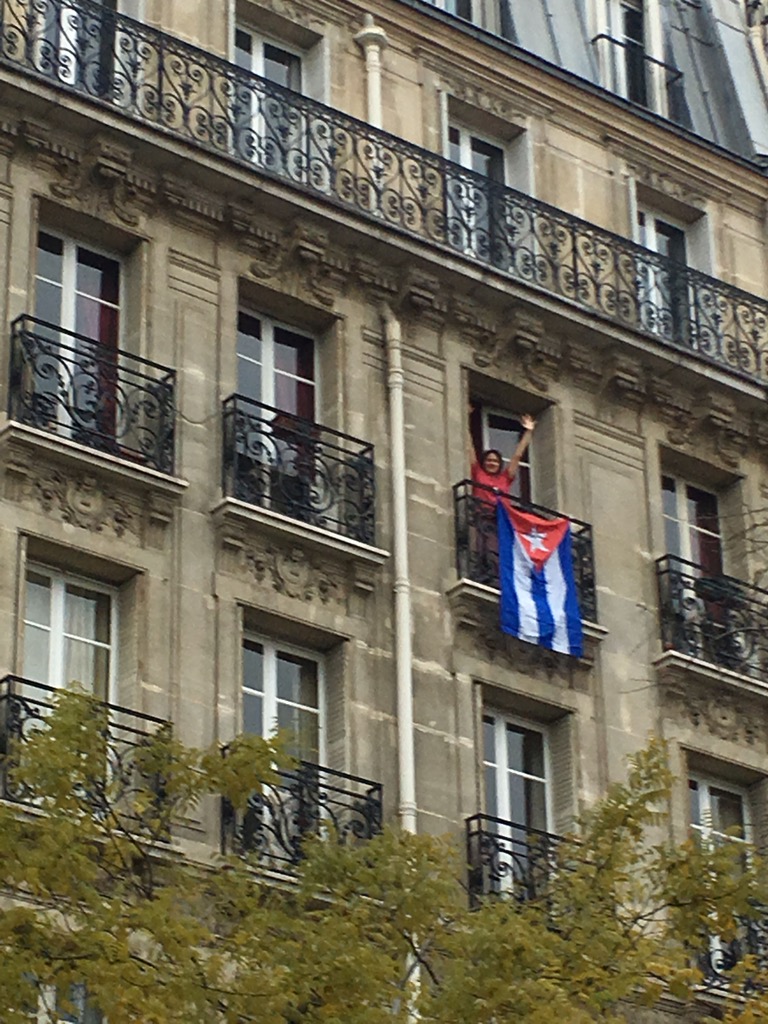 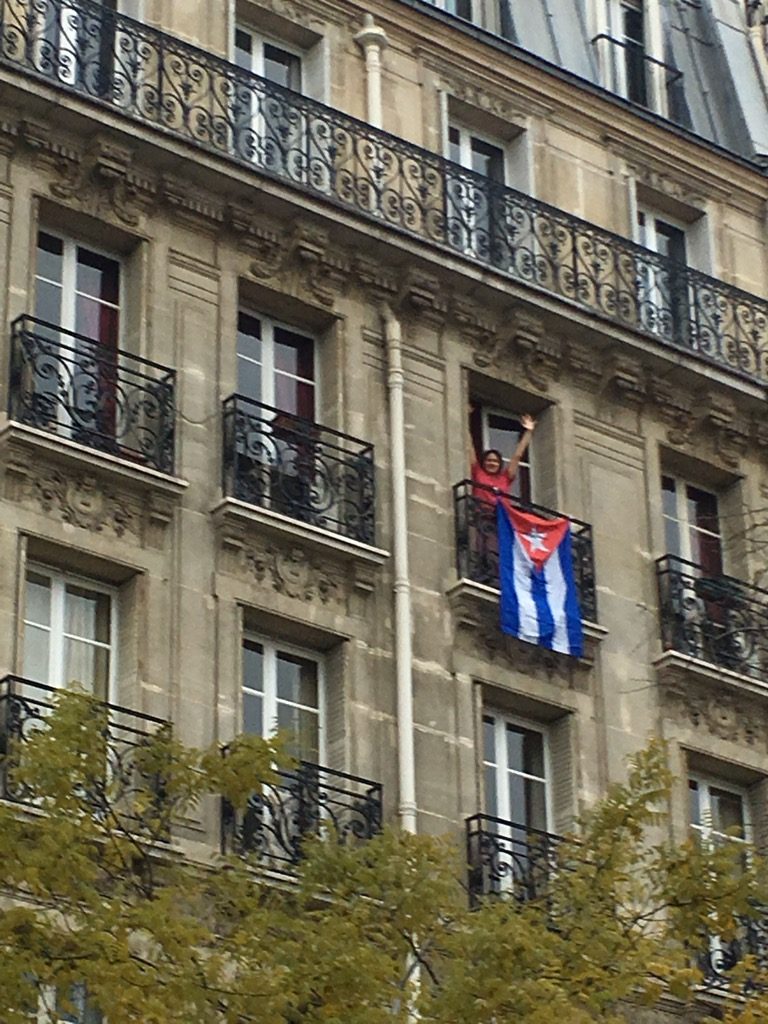 Zoé Valdès, one of the most fervent anti Castro writers in Paris, celebrated from her apartment near the Bastille

Fidel Castro’s death on Friday November 25, was received with different feelings in Havana and in Miami. In Paris,  novelist Zoé Valdès, who came as a political refugee in 1994, put up a Cuban flag on her balcony near the Bastille. 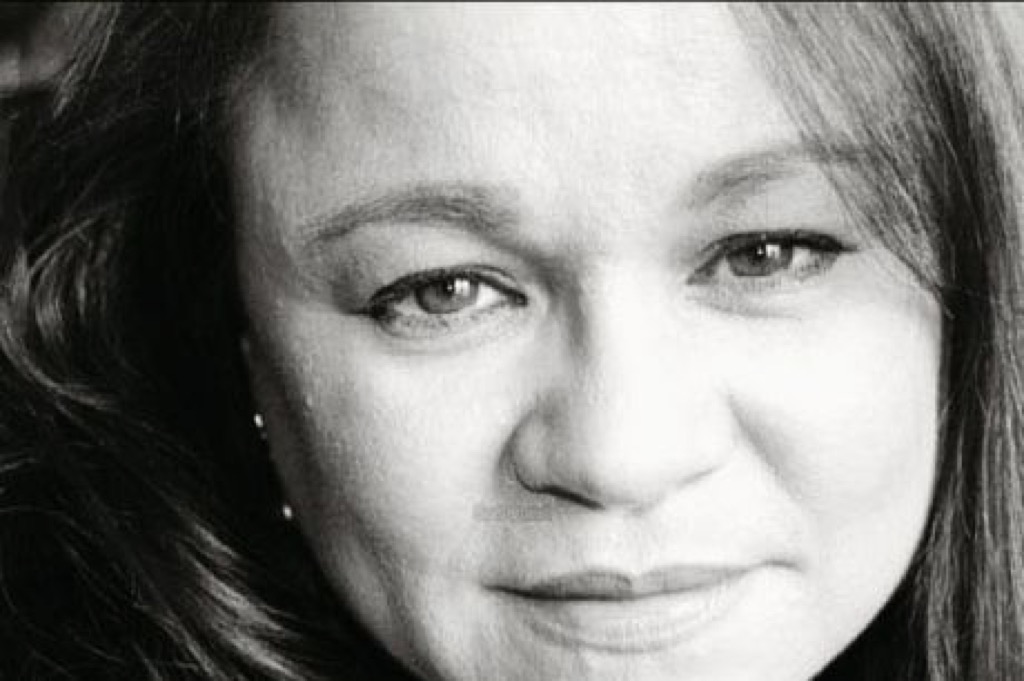 Zoé Valdès the writer who fights

The author who was born with the Cuban Revolution on May 2, 1959, produced a fabulous novel in 1995, La Nada cotidiana (Yocandra in the Paradise of Nada in English and Le Néant quotidien in French) which made her famous. It is a fantastic book to read today if you want to understand the daily life of Cubans in the last fifty years.

Another Cuban refugee, Jorge Virgili, who lives in Madrid had this witty reaction: “The castrating Father has died… Fidel could not bear the idea of Trump being in power”.

This event is another reason to be wanting to go to Cuba as soon as possible as many US publishers will do, when they attend the Havana book fair next February. Judith Curr will attend it with her Cuban author, Armando Luca Correa, (The German girl) who used to be a drama critic in Havana in the 1980’s.