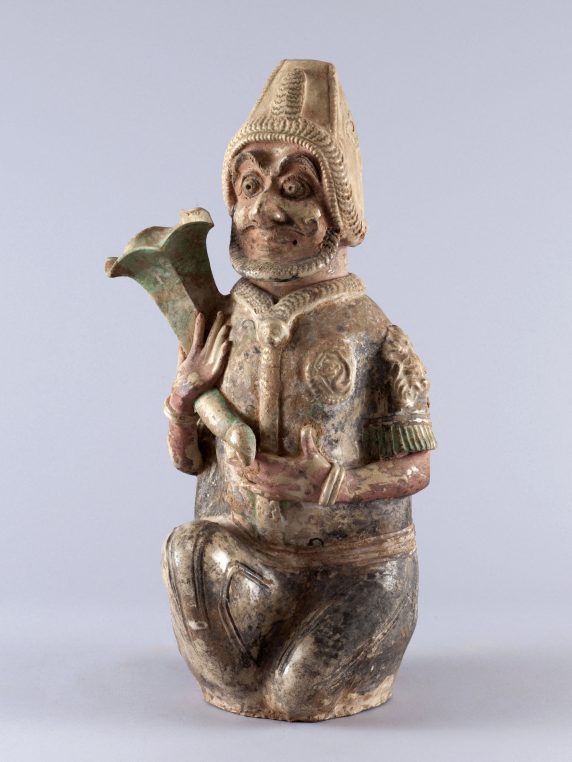 There have never been so many construction sites in Paris, and its museums are no exception with the reopening of Palais Galliera on April 1, and soon Musée Carnavalet. Musée Cernuschi, founded in 1898 on the Parc Monceau, was reopened in great style last Thursday, with the emphasis put on its founder, the Italian born art collector Henri Cernuschi, who brought back 1 500 pieces from Japan and China in 1873. The itinerary through the collections, has been reinvented with a chronology of dynasties from ancient times to the 21 st century. In the meantime, Musée de Cluny, the medieval museum, is closing for a year at the end of June to complete its renovation, and you will not be able to see the  Lady with the Unicorn tapestry after that date. There are two exhibitions there at the moment on “Daily life in the Middle Ages” and “Treasures of the museum”. 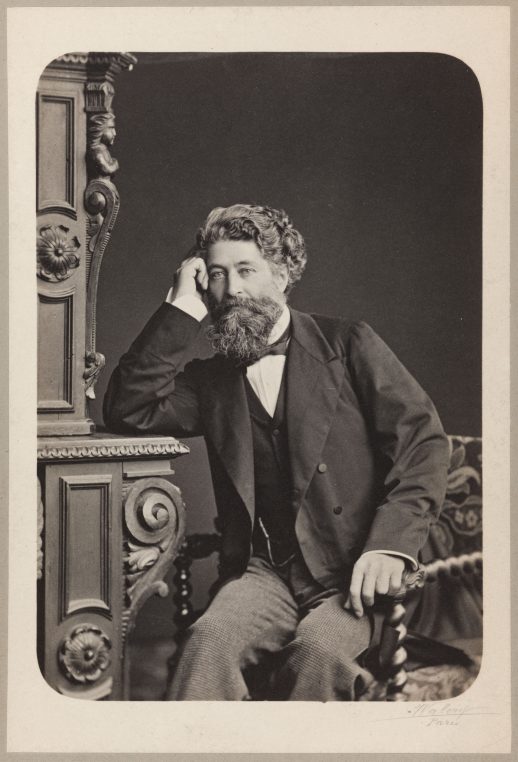 When you first walk into Cernuschi’s pretty Hôtel particulier, you don’t notice much change in the atmosphere. The revamping, which took 9 months, is invisible. Except for all the glass cases, the lighting, the painted walls, which have been renovated in a major scale. And the premises are very joyous, if not large enough to exhibit the 5 000 piece collection started by Henri Cernuschi during his travels through Asia. The guards are ordered to wander around and not to stand still half asleep in a corner, all the materials for the floors, staircase and exhibition spaces are brand new and of course, numerous tactile screens are available for searching.

Eric Lefebvre, the director since 2015, is very modest when he describes, the new focus on the founder’s pieces, the heart of the collection, and the introduction in each window of non Chinese objects from Japan, Vietnam and Korea, the complete remodeling of the visiting circuit. The staircase in the main hall is the same and is still lined with the beautiful bronzes of deers but a gold tiger in lacquer, which used to belong to Sarah Bernhardt, was added at the top. On the right, cases with a collection of delightful teapots and alcohol ewers, give color to the walls which are painted in a reddish brown, the original color, very Chinese. 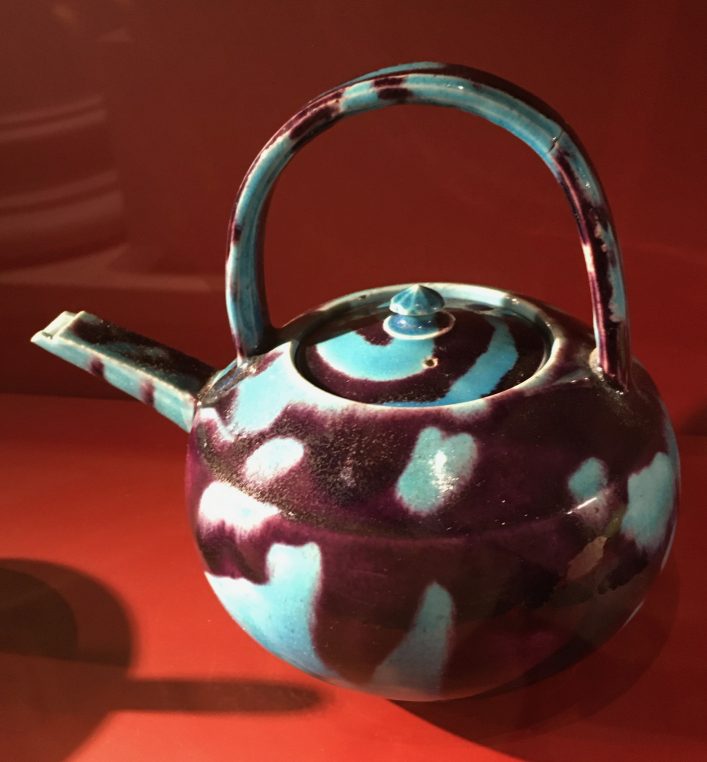 A series of extraordinary perfume burners, in the shape of a cat, a langouste or a rabbit, a whole room of bronze vases from the XII th centuries bc, an orchestra of eight musician horsewomen from the Tang period, the gold Ming buddha, a dancing Barbarian from the Ming period, a blue porcelain water pot in the shape of a bell… there are 640 objects more stunning one than the other. And yet the museum feels intimate and charming. Its large windows open on parc Monceau and there is a 19 th century feel to the large rooms. And most importantly you don’t have to be knowledgeable in Asian art to enjoy the aesthetics of the pieces.

A new air-conditioned room for paintings shows “Karma” by Korean lady artist Shim Kyung-Ja and other contemporary Chinese painters. Zao Wou ki  is also present in the collections thanks to a gift of works from his widow Françoise Marquet. There are a few sculptures and a head in porcelain by Ru Xiaofan, an artist from Nankin who has been working in Paris since 1983. This place is unique in the city and if you have never been, this its the time to go.

At Musée de Cluny, the furniture, tapestries, sculptures, daily life objects and stained glass windows are just as exotic and their quality stuns me every time. In this specific exhibition on daily life (until June 28) one discovers a toy for children in tin (1360), a decorated hair comb from the 15 th century, and the first attempt to draw initials, in this case painted on glass, but often embroidered on fabric. 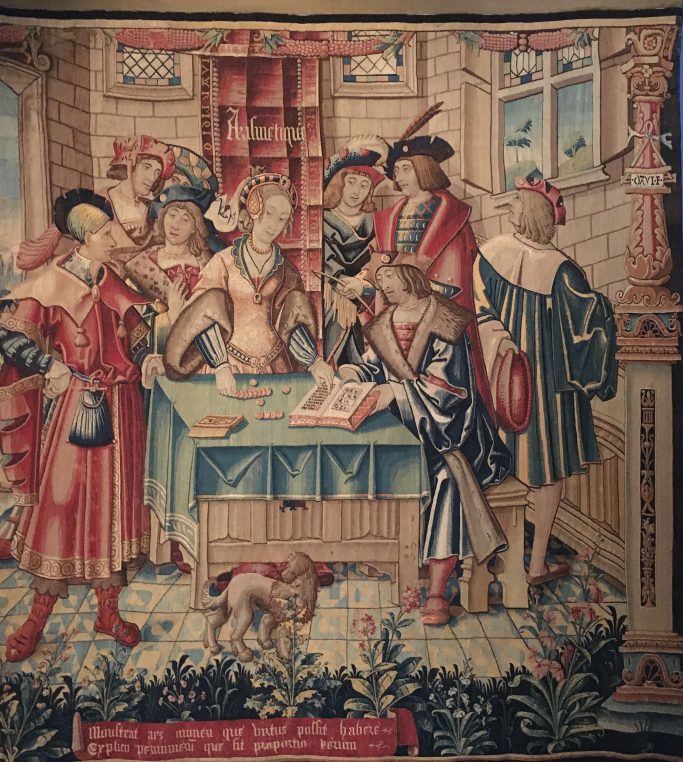 And of course the tapestries with the Unicorn are enough a reason to go. Located at the corner of boulevard Saint German and boulevard Saint Michel, Cluny is at the heart of the Latin quarter.