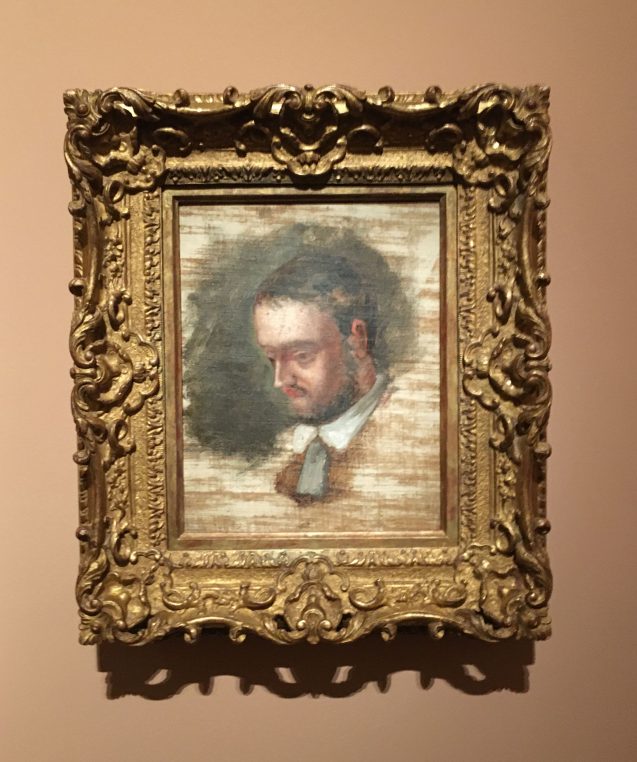 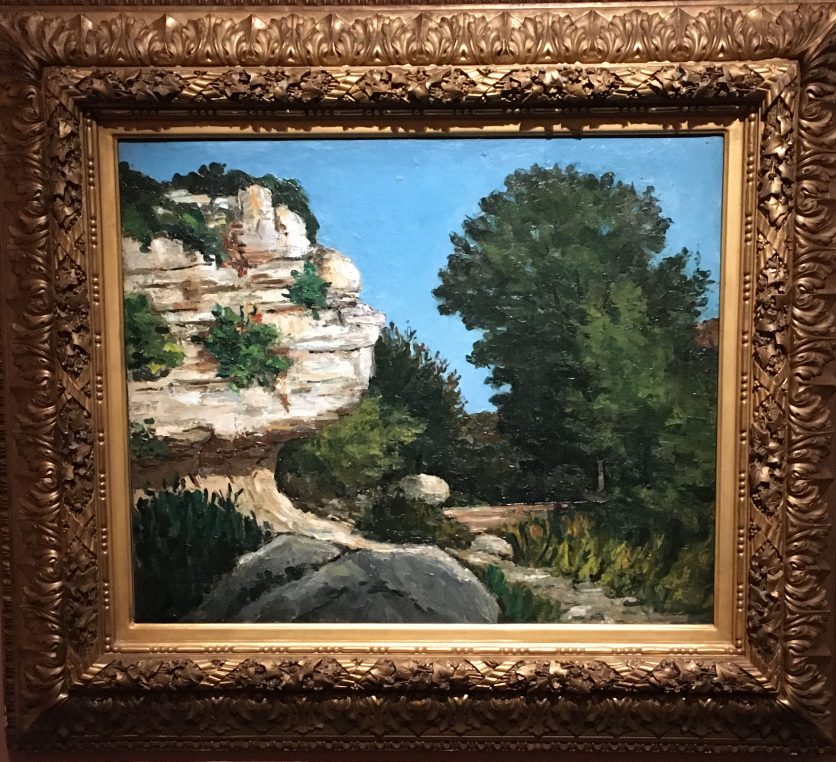 He never travelled to Italy and yet he knew its XVI th and XVII th century painters as well as Latin writers. Cezanne, “the Master of Aix en Provence”, was very much inspired by them and in return influenced Italian artists such as Morandi and Pirandello. Sixty paintings lent by 43 collectors and International museums are shown at Musée Marmottan Monet in an intimate way in the exhibition “Cezanne and the masters”. It is again a great privilege to see chefs d’oeuvres by such artists as Titian, Greco and Tintoretto along his works, which they inspired. The first two paintings, “Strangled woman” by Cezanne and the “Descent from the cross” by Tintoretto face each other as a preamble. The exhibition results from the great research made by curator Alain Tapié. 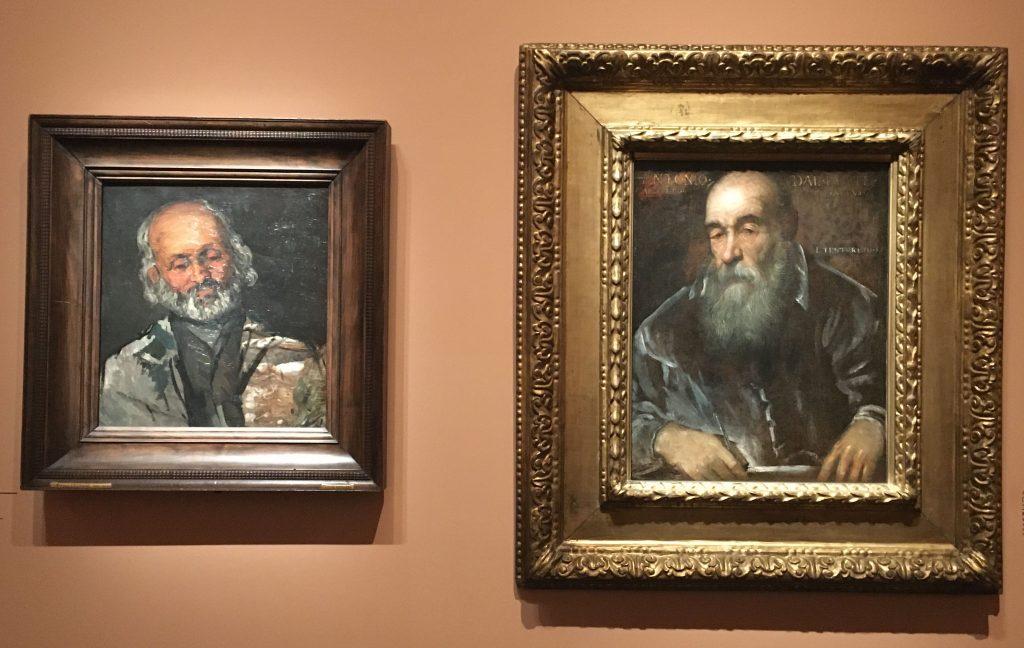 It is always a bit risky to associate painters from different centuries but, this time, the exercise is perfectly successful. First in Venice, then in Naples, Cezanne finds in Jacopo Bassano, Ribera, Luca Giordano, and many other masters seen at the Louvre or in Aix en Provence, but also discovered in magazines, an inspiration for his topics and constructions. His early works are definitely “Italian” and inspired by Poussin. “Portrait of a young girl” by Greco and “The Lady with hermine” by Cezanne are strikingly similar, and this was made possible by the first images of the Greek born master, circulating in France as early as 1870. 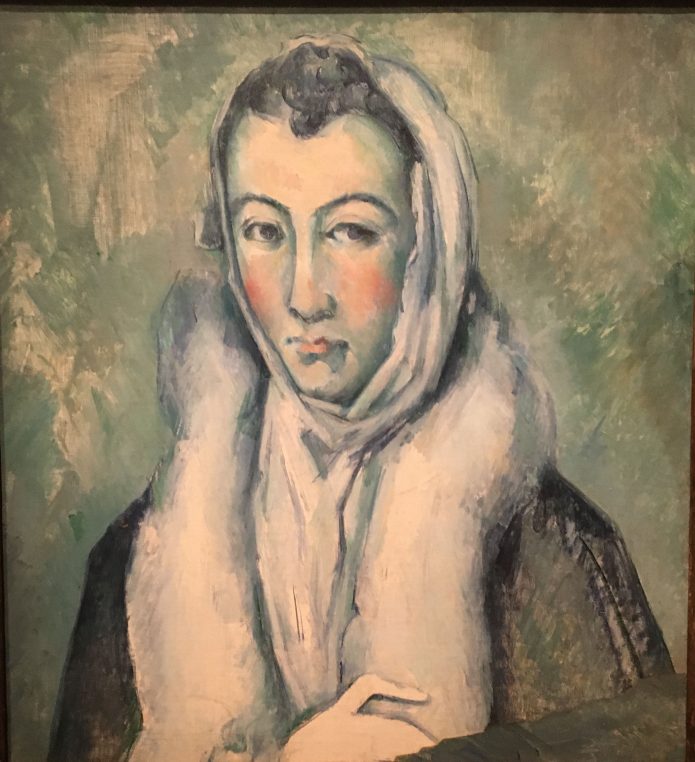 Paul Cezanne, “The Lady with Hermine”, 1885-1886, Courtesy Daniel Katz gallery London is influenced by Greco’s “Portrait of a young girl”

The influence of nature in Cezanne ‘s paintings is flagrant and “Guillaumin sitting under a tree”, dialogues with Salvatore Rosa’s “Landscape with hermit”. The figure in both works are minuscule and lost within the large trees and mountains. A series of “pastorales” follows, reminiscent of Poussin’s “Bacchus and Cérès”, and colorful houses and villages in Provence are echoed with Ottone Rosai’s landscapes in Tuscany.  Then, there are a number of still lives by Cristoforo Munari and Salvatore Rosa, including skulls or “vanités”, and we soon enter the Novecento movement with extraordinary paintings by Giorgio Morandi.

Morandi is represented with an early figurative landscape of a house, some very modern baigneuses and his more classical and beautiful still lives of bottles and glasses. Mario Sironi’s portrait of Ettore is in the same blues as “seated man” by Cezanne and Umerto Boccioni’s “Portrait of a young girl” looks like “Madame Cezanne leaning on her elbow”. 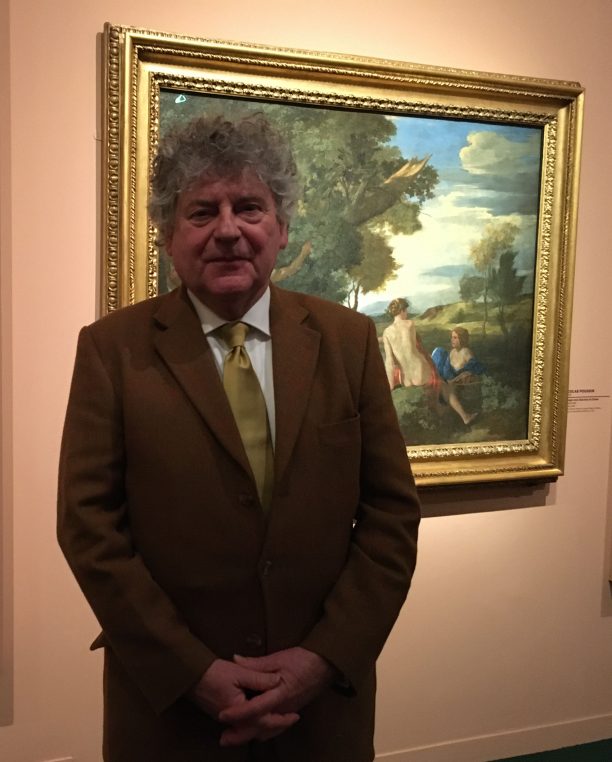 Alain Tapié in front of Bacchus and Cérès by Poussin

So this exhibition is full of treasures and surprises. And you can wander around the permanent collections of Monet downstairs after the visit. It is very clever thanks to Alain Tapié who is well remembered for his work at Musées des Beaux Arts in Caen and in Lille and the co-curator, Marianne Mathieu from Marmottan.