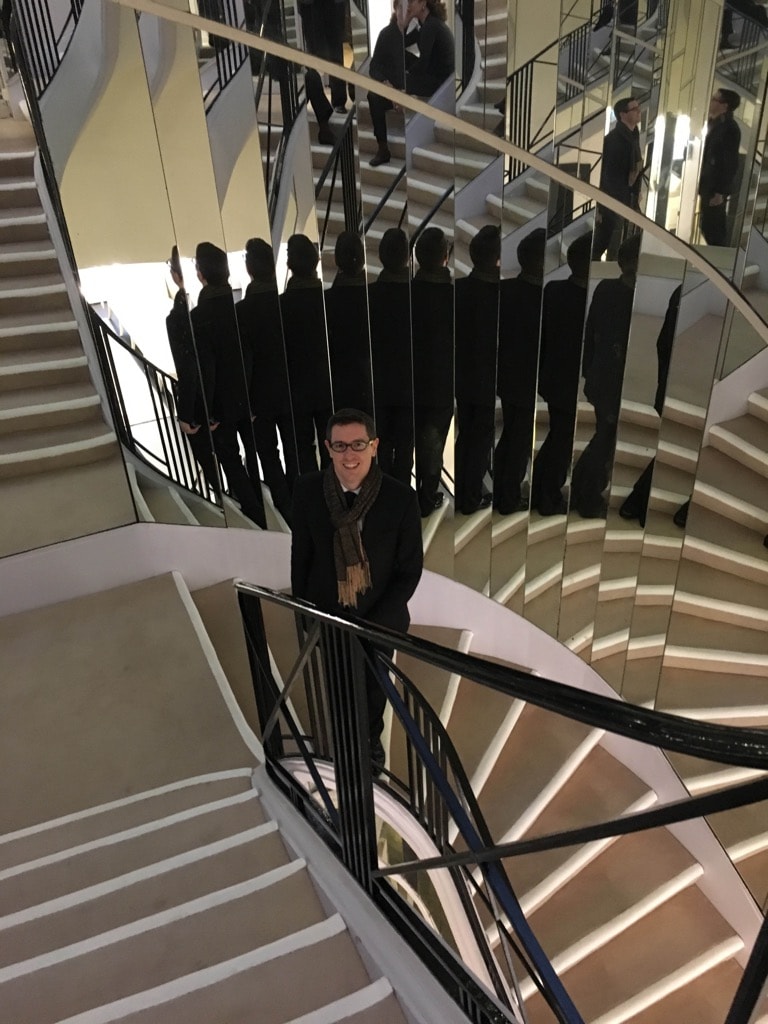 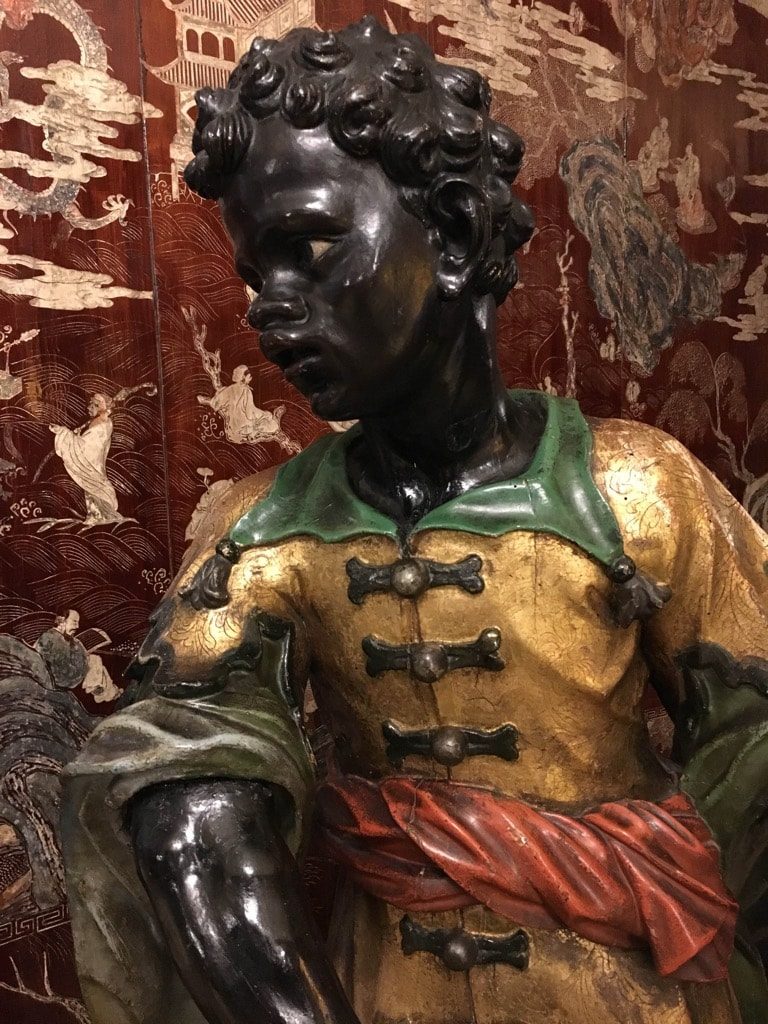 When she died on January 10, 1971, Mademoiselle Chanel left an apartment on the second floor of the House of Chanel, 31 rue Cambon. Its singularity was that it only had a dining room, a living room and an office but no bedroom… She used to sleep across the street at the Ritz. The apartment has been kept intact with its dark Coromandel screens lining the walls and an eccentric mix of objects which still inspire Chanel today. 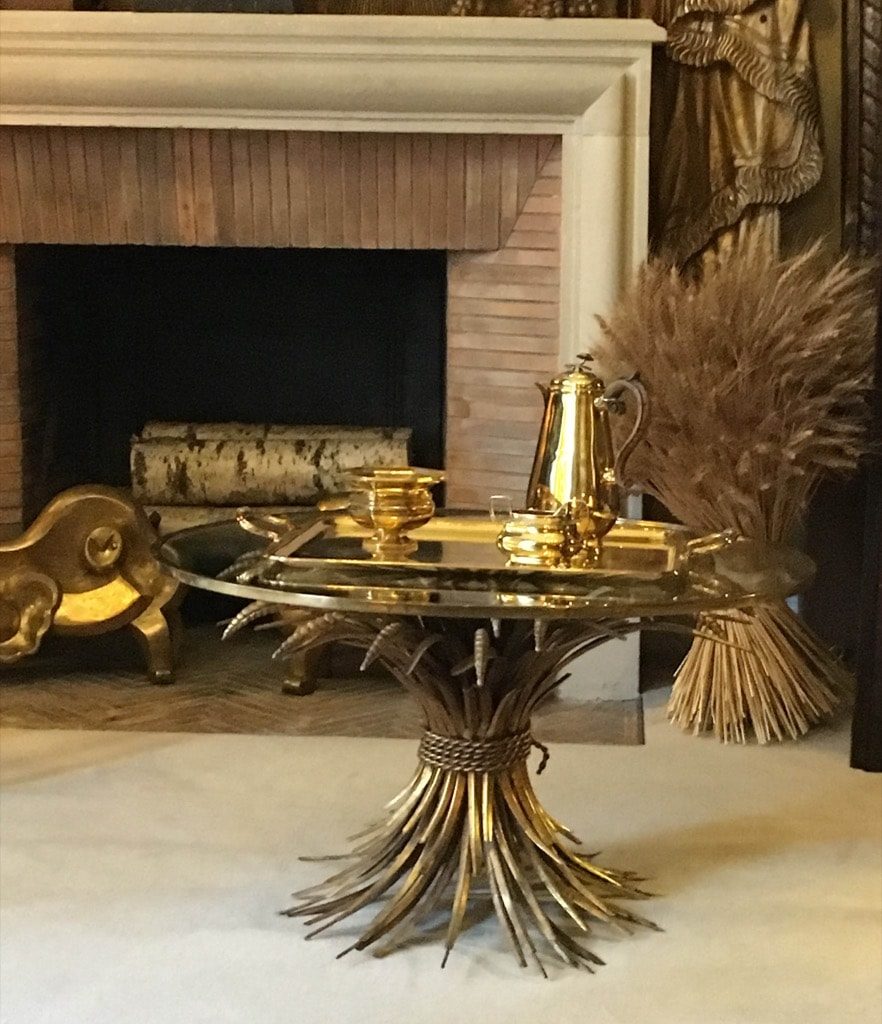 A table by Robert Goossens with earns of corn, one of Chanel’s passions

It is a shock when you climb the mythical staircase with mirrors that Chanel designed as soon as she moved into the building. To be let into her private apartment, a cosy box lined with red and dark brown Chinese screens is close to a mystical experience. In the hallway, a large armchair covered in white silk used to be in Horst P. Horst’s studio and many famous visitors like to be photographed sittting in it. 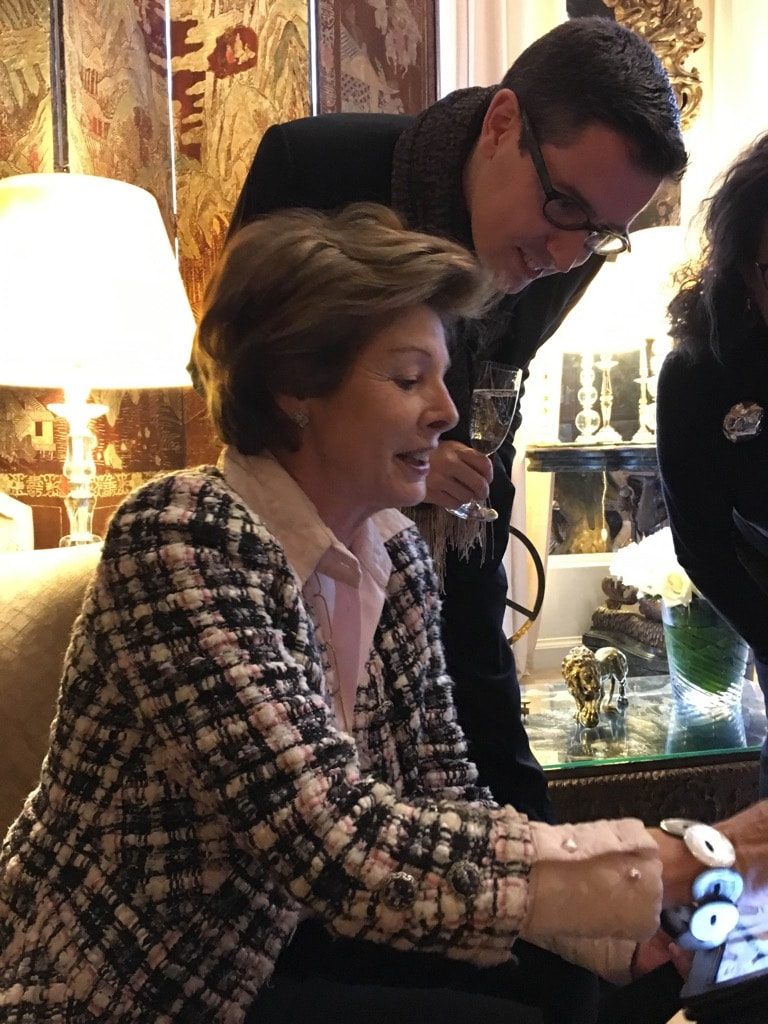 Marie Louise de Clermont Tonnerre shows art dealer Pierre Alain Challier some of Chanel’s books. Behind a sculpture of a lion, one of the symbols that Coco collected

But the real story of Mademoiselle Chanel starts in her living room, lined with old books (she was an avid reader) and covered with objects. Some religious baroque ornaments adorn the fireplace and the walls. Tables designed by her jeweler Robert Goossens, (which is now part of the Chanel Empire), firedogs by Chaim Lipchitz and a large beige sofa with quilted cushions designed by Coco give a very special style to the room. 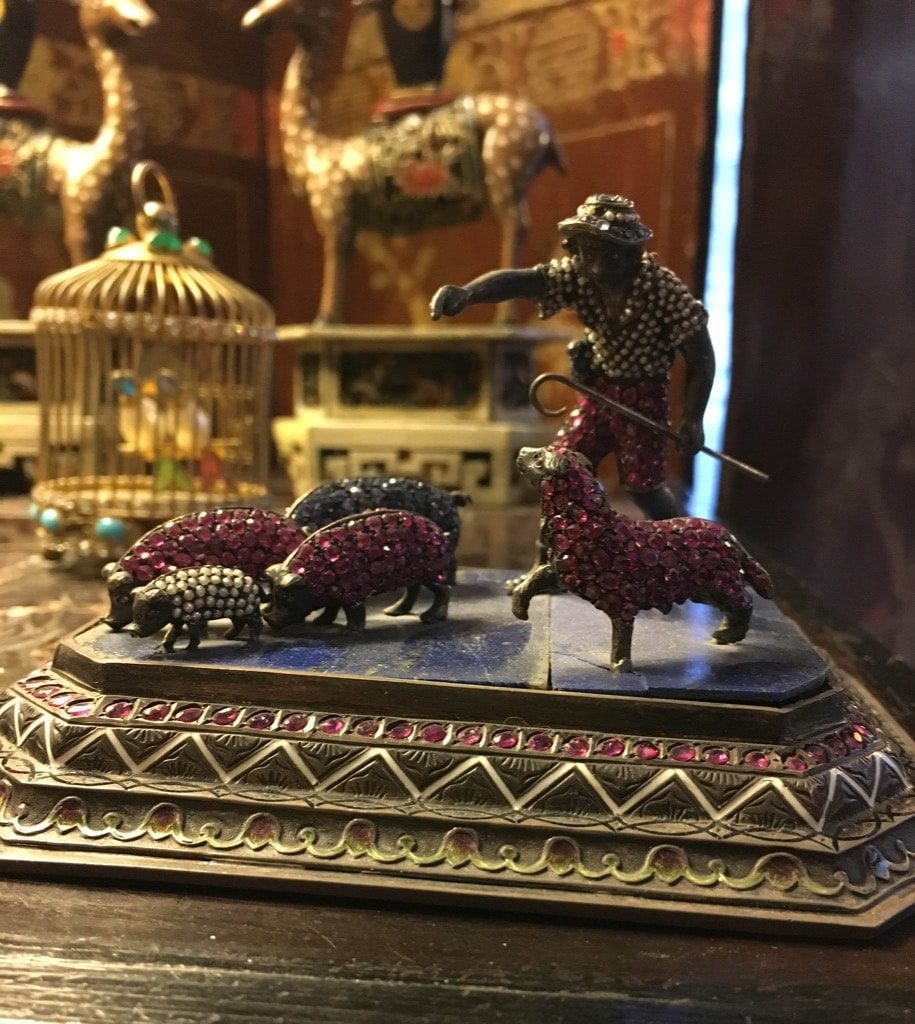 The atmosphere is very intimate and yet quite masculine. A wrought iron suspension designed by Gabrielle Chanel with the intertwined C, a number 5 and a W (for Westminster) is made of many semi precious stones, amethysts and quartz. It is quite staggering. 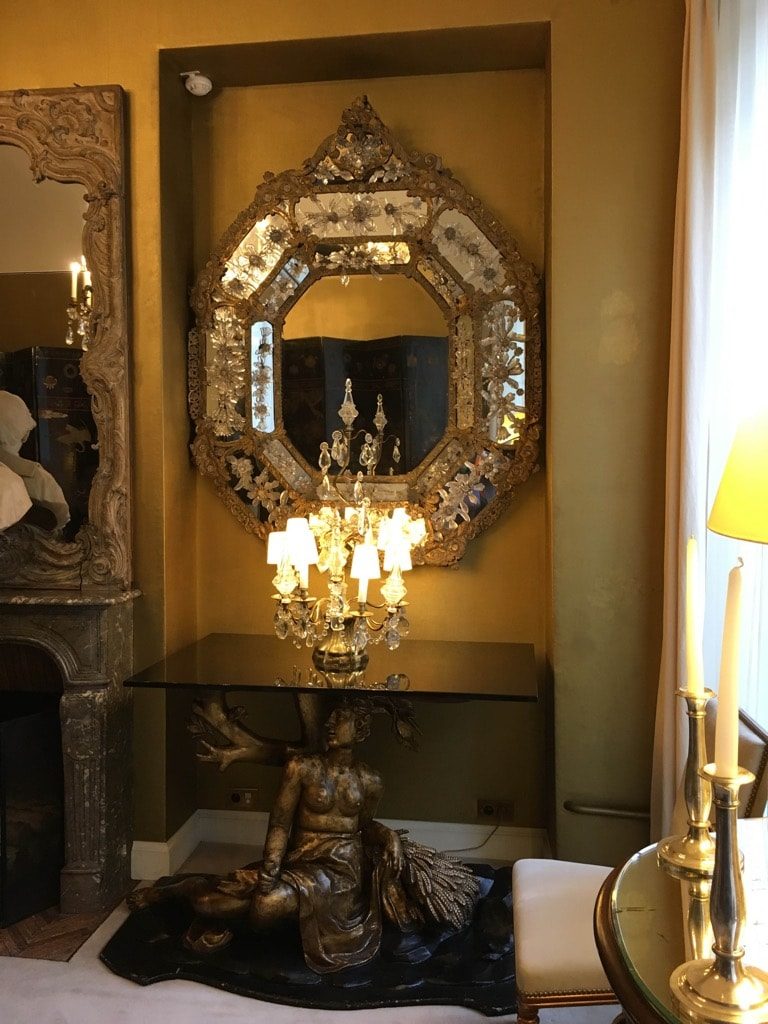 Some objects have been bought back at auction but most of them have never left rue Cambon, including a lovely gold bird cage which inspired the advertisement for Coco perfume by Jean Paul Goude with Vanessa Paradis and a little hunting scene made of precious stones with a hunter and boars… 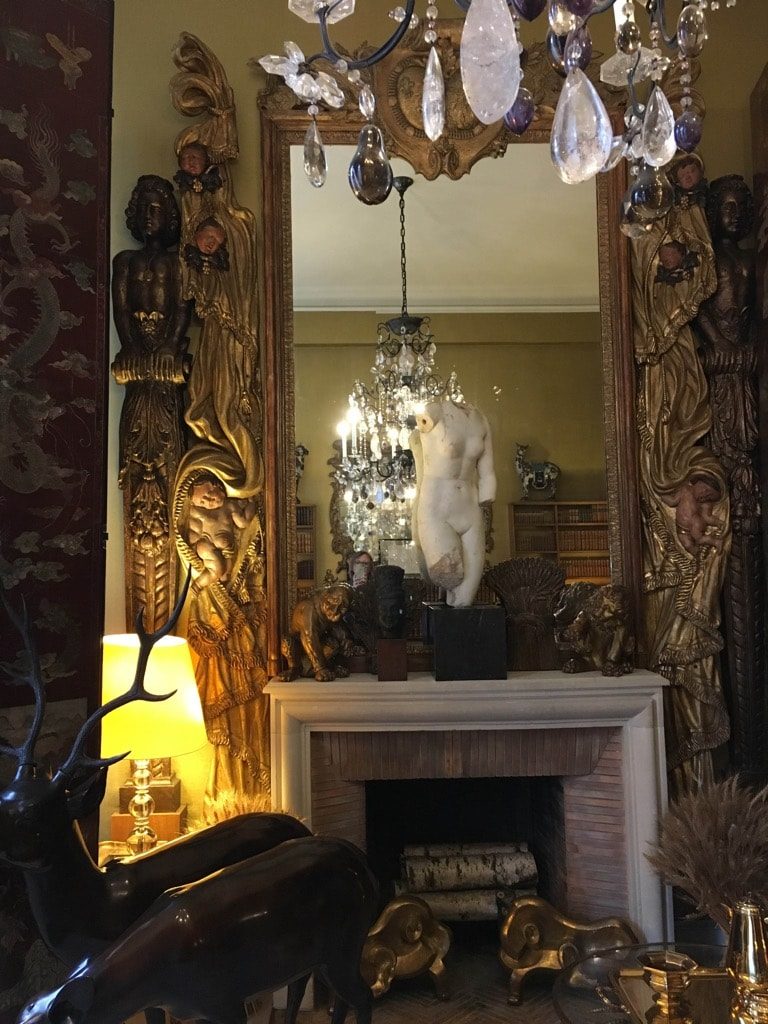 Marie-Louise de Clermont Tonnerrre, who started in the press office at Chanel in 1971, remembers walking into the apartment when it was a closed shrine. She has many stories about finding some of the lost objects and trying to guess how each piece was collected or commissioned. A travelling exhibition, “The Lady who reads”, curated by Jean Louis Froment, shows some of the books and objects abroad, most recently in Venice. 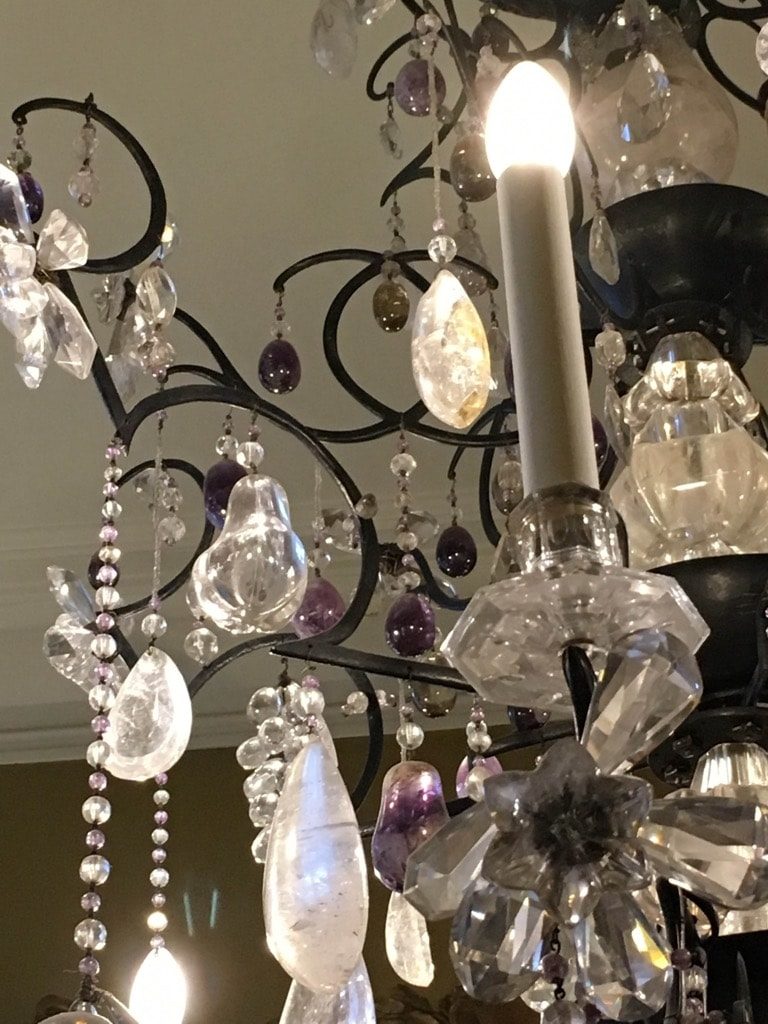 The house of Chanel announced while we were in the apartment, that they had given a large amount of money to Palais Galliera for the restoration of 670 square meters of new basement rooms to house their permanent collections, in 2019. This will be a major step forward for the Paris museum which houses 200 000 unknown treasures. 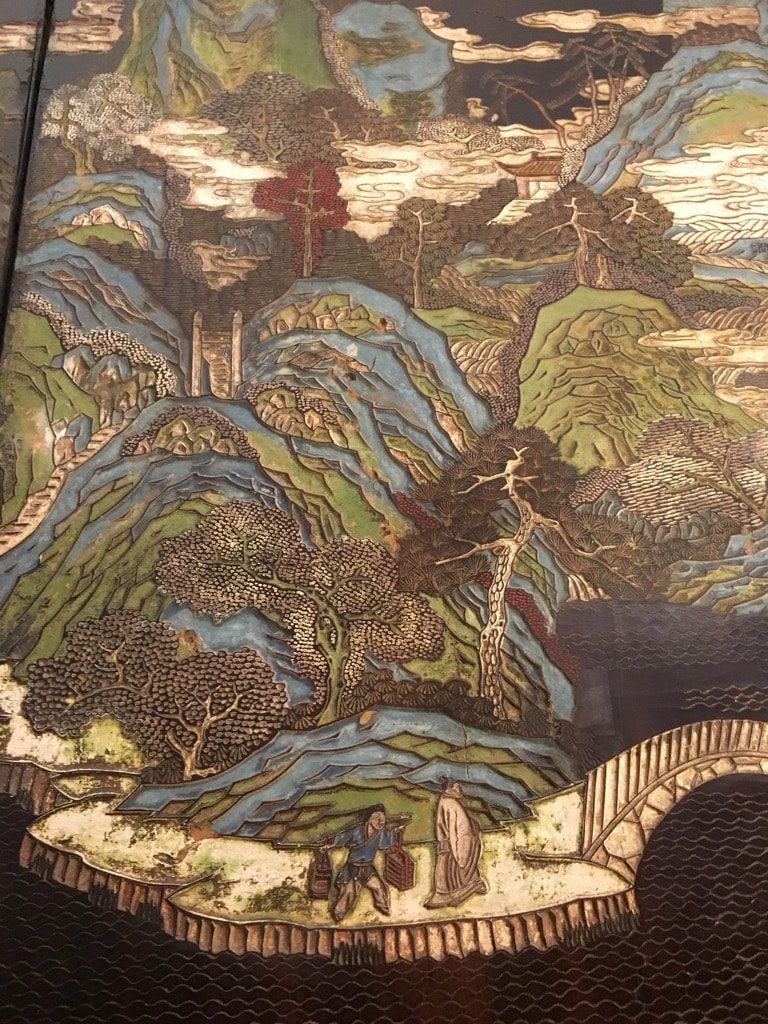 A detail of the Coromandel Chinese screens

Two hours later, I stumbled down the staircase, having spent a magical time with the Great Mademoiselle. And the closets filled with Haute Couture dresses appeared to me. What a life ! 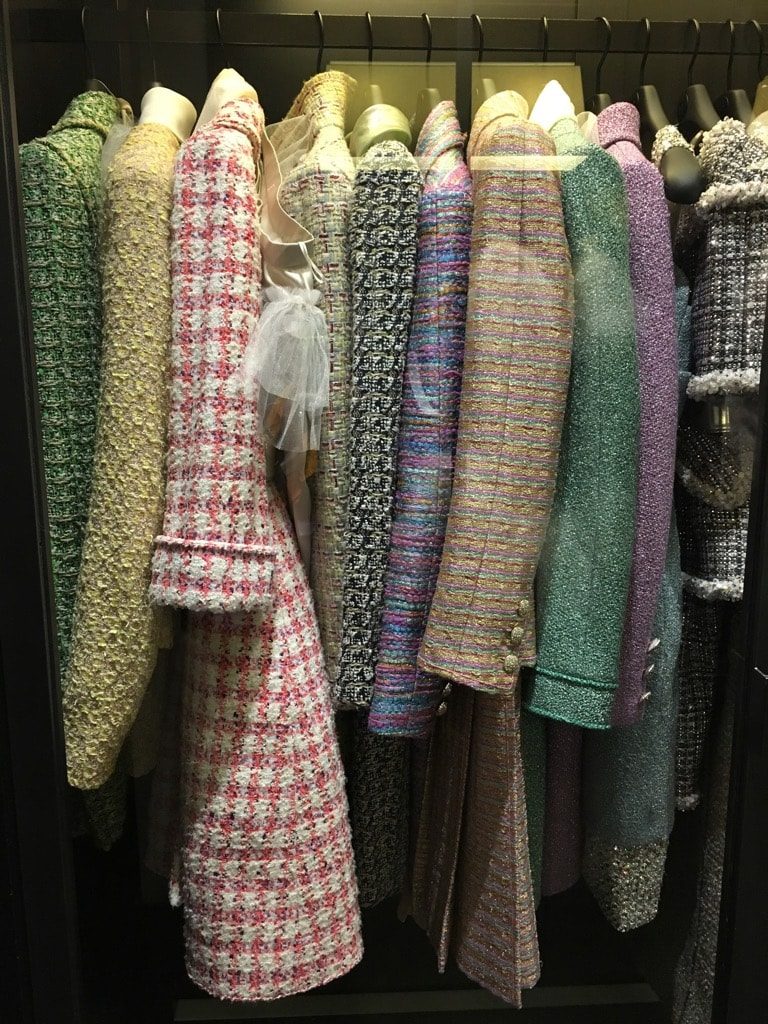 The Haute couture show waiting to be tried on for clients

Gabrielle Chanel’s apartment is a listed “monument historique” but is not open to the public.